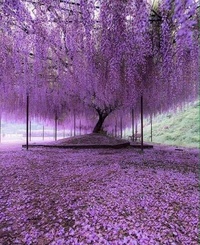 Bringing this here from Rachel and Bryan's thread because I went way off topic, and it's better in the Potential Lead thread.

@mysthelma wrote:The headline is for click bait. She did not throw Mike under the bus. She just said she asked why he was not chosen and was told there was a reason. IMO the reason is they wanted Peter period.

IA I also thought when I read that, the "reason" is simple, IMO they didn't want a POC lead, period. They are all snakes and will always make themselves look good or put the blame on someone else. K's denial by MF of DWTS comes to mind, she had a big mouth too.

There was not one negative tabloid or gossip that I know of about Mike. They led Rachel to believe there was more to the story, where in fact IMHO yeah, maybe he wouldn't keep his mouth shut compared to Peter who would be and was their perfect puppet. They also found it necessary to add Peter to the new show. It was obvious, CH asking if that relationship counts as successful for the show.

That was Peter's redemption or an attempt at his redemption. It didn't work for me.

Matt James is the new bachelor!!!

OMG! I'm stoked! He is SOOOOO handsome! Seems like such a great guy. Can't wait!


Matt James on becoming the @BachelorABC’s first-ever black leading man: “I think it's a step in the right direction.” https://t.co/c1NVcVkkpS #TheBachelor #BachelorNation pic.twitter.com/d4aQDE8lWr

No clue who he is. I guess time will tell

Matt is best friends with Tyler. BN got to learn more about him with their Tik Tok quarantines (with Hannah).

This is a great choice of a lead, Matt James is such a good guy!  It seemed he was in the running from the very beginning when he was supposed to be on Clare's season.

@mizzoufan wrote:No clue who he is. I guess time will tell

He's Tyler C's best friend and the one who started the ABC Food Tours charity. They played football together at Wake Forest and Matt's also a real estate agent. He's a pretty funny guy on social media.

I'm so excited about this pick! Matt is one of the best looking leads they've ever had. Someone I'd totally buy women fighting over. I knew when he was cast on Clare's season that it was to make him the lead but I'm glad they just skipped that unnecessary step and gave it to him anyway. He's already got almost 200k followers and they can use Tyler and Hannah to help promote him for people who don't know who he is.

Kind of liking how there's no CH hyping the moment for Matt! It was a very straight forward, no drama, introduction. Even better that without Claire's season, there are no preconceived moments of the edited version of Matt. With the current state of affairs, Matt will most likely receive a good edit... or at least we can hope.

Who is Matt James? 5 Things to Know About the New #TheBachelor, who will be the season's 25th, and the landmark first Black bachelor ever: https://t.co/aEH0hR0TLm Give him a follow, and big congrats @mattjames919 ! @etnow (cc:ing his bestie, @TylerJCameron3)