For this week's @Variety cover, I sat down with @colton for a deeply personal, wide-ranging conversation. I hope you'll read. https://t.co/yRZaY1O2xV

The article states that Colton was blackmailed into revealing that he is gay.

The confession was prompted not by liberation but out of fear. “I’ll just say it,” Underwood reveals on a recent afternoon, still adjusting to his new life as an openly gay man. “I, at one point, during my rock bottom and spiral, was getting blackmailed. Nobody knows I was blackmailed.”

Underwood takes a deep breath, as he tells this story for the first time. According to him, last year, while living in Los Angeles, he secretly visited a spa known for catering to gay clientele. Shortly thereafter, he received an anonymous email, which has been reviewed by Variety, from someone claiming to have taken his nude photos at the venue. Underwood never saw the alleged photos and explains he was at the spa “just to look,” saying he “should have never been there.” The unidentified sender threatened to “out” him in the press, and in a panic of paranoia, Underwood forwarded the email to his publicist, Alex Spieller, which forced him to finally have an honest conversation about his sexual orientation.

I sincerely hope that Colton seeks legal redress for this, either with the police and/or a lawyer. No one should be forced to come out as gay.

Man, what an article. I hope he continues with therapy. If anything good comes from all this, I hope he can help others in that position.

imo No one should have to live their life like that.

I'm not sticking up for him in any way for what he did to Cassie, but I can understand where he head was at during that time after reading this.

“Controlling situations to try to grasp at any part of the straight fantasy that I was trying to live out was so wrong.”

Here's my issue with Colton... Why is his life surrounded in drama and with him often taking the victim stance. He's manipulative and gets caught in many non-truths (also called lies). Based on his history this wasn't his first visit to this type of spa and even though Variety claims to have viewed the "anonymous" email threatening to out him we also know he has gone as far as to create fake texts claiming to be threatened, to cover for the texts he was sending to Cassie and her family. He's like the boy who cried wolf, we have no idea what is true or a lie from him. I'm very happy for him to finally be living his life as an opening gay man but it never excuses him from the hurt and devastation he has caused to so many others. His life is like a soap opera. IMO 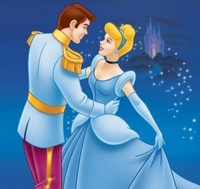 @Minney I understand your POV. But when someone is hurting or hiding from demons, they do things that are inexcusable and that are hard to understand. Colton has many flaws and coming to terms with his sexuality is one demon he is slaying. There are others that will probably be addressed as he continues to be authentic. A good therapist can help him in his journey. I try to be tolerant of people who do things I cannot understand.

@Norcalgal I agree with you except when people have shown multiple times that they lie, manipulate and manufacture things in order to show themselves in a better light or as a victim. In this case, IMO Colton has fudged things too many times for me to straight up believe him. I'm waiting for him to walk the walk and do less talking. The fact that he is doing all this press and the show just reinforces my opinion further.

@Sprite Oh I agree with you about Colton showing transgressions multiple times. It is hard to support someone who just doesn't 'get it'. Personally, I think his paycheck comes from exposing all this mess. Until he decides he's worthy of having a different source of income, we're unfortunately stuck with him telling all.

I don’t trust anything about Colton. He has always given me bad vibes right from day one.

You always hope for redemption in a person but IMO his redemption is manipulative and insincere. His stories seem incomplete. Like there is supposed to be something more to it.

I am a compassionate person but with him, the more he speaks and the more “WOE IS ME” the more annoying he is to me. ugh. he gives me the heebie jeebies.

I find Colton to be "an unreliable narrator".  I am however happy for him that he has come out as gay and to live his life more authentically.  However, he has not in a real way apologized for the harm he caused Cassie and her family IMO.  I'm not a fan of him profiting from his story at the same time.  We all have the ability to grow and change.  I wish this for him.

Anybody who comes “out”. I am happy for. Everybody deserves the love that they wish. I fully embrace all people and all races and I route for everyone.

I just despise chitty people. They for the most part don't change and don't think they need to. They are hard to route for. It seems with Colton IMO there is ulterior motives behind everything he says and does.

@nikikass wrote:Anybody who comes “out”.  I am happy for.  Everybody deserves the love that they wish.  I fully embrace all people and all races and I route for everyone.

I just despise chitty  people.  They for the most part don't change and don't think they need to.  They are hard to route for.  It seems with Colton IMO there is ulterior motives behind everything he says and does.

Looking back from the beginning ever since he was sleuthed on Becca K's season, it's always the same schtick. He always seems to come across as the victim looking for sympathy from everyone. I remember when Becca eliminated him Colton said something about just wanting to fall in love. We speculated that was foreshadowing and that he would be the next Bachelor. It just continued from there on, imo one thing after another, situations that he felt warranted attention and empathy. Maybe the Netflix is therapeutic for him, but imo he needs much more therapy then filming a netflix.