Does anybody find it odd that they were filming a reality show about their lives after their breakup so soon after the breakup? This is totally an aside type of question, and not meant to minimize or call into question any of the evidence included in the RO request. Lawyer in practice for almost 30 years here, and Cassie more than met her burden of proof to get the TRO and Colton’s behavior was disturbing, harassing, and physically threatening. I’m just struck that they were both working on something that would monetize their relationship post breakup.

@mbl Her sister denied that they were filming anything.

Cassie Randolph's friend tells In Touch exclusively they feel "frustrated and violated" after she was granted a restraining order against ex and former #Bachelor Colton Underwood. https://t.co/HipMYzUCm1

@Sprite wrote:@mbl Her sister denied that they were filming anything.

She denied that her and her parents were not filming anything but did not include Cassie in that. 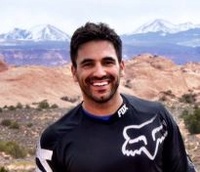 And the sister called it a potential show. I think something was in the works.

I think they were possibly approached or pitched the show while they were still together, they broke up & were on decent enough terms initially so they tried to continue it. Jmo.

Yesterday I said that it’s time for BN to show support for Cassie. Then Rachel spoke.

I’m not surprised, but I still get disappointed with her.

It’s been quiet on SM as far as I have seen, no one has been willing to stick their neck out.
A few podcasts are talking about it, but unfortunately none of them was recorded after the restraining order was granted.

Dean and Jared (Help I Suck at Dating) were over all supportive and said their main concern was Cassie’s safety. Unfortunately they had been too lazy to actually read what had been published, so they were mostly speculating about what had happened.

Ben and Ashley (Almost Famous) were very cautious about making assumptions and “get mud on their face” as Ben put it. They did say that they know Cassie personally as someone who is very private and would expose herself to this kind of publicity only as a last resort.

Bekah and Jess (Chatty Broads) said the same thing. This is the one voice I have found so far that is 100% supportive, with no filter. I really liked what they had to say.
https://youtu.be/IMy_H-UIjM4?t=397

I just hope Cassie is safe now and Colton will stop the stalking. It seems good for her safety this is all public, but then it dawned on me Colton is probably livid and blaming her for the demise of his public image. I really hope that the people in his life make it absolutely clear that his behavior is wrong and he needs to stop it and change his toxic attitudes.

Sharlene needs to speak on this and give us the truth!

@bluwavz thanks for posting. IA with Nick that there seems to be "justification" in Colton's supposed sources. Nothing justifies that behaviour so they can try and spin all they want.

Interesting comments about the project Colton approached Cassie on and it was her who opted out.

@GuardianAngel wrote:@bluwavz thanks for posting. IA with Nick that there seems to be "justification" in Colton's supposed sources. Nothing justifies that behaviour so they can try and spin all they want.

Interesting comments about the project Colton approached Cassie on and it was her who opted out.

Shocked that it was Colton that wanted the project...NOT! This is the man that basically prostituted himself so he could be the Bachelor. Cassie has basically supported him throughout post show and gone back to school. She could have made a lot more out of being on the show, but instead she studied. Hardly screaming attention seeker.

I hope we hear more information when she goes for the regular restraining order. I wonder if she will grant anyone an interview? She must be getting bombarded with requests.