albean99 wrote:That is very good info, @gabriele. It’s scary to think about but you hear of these things happening to women all the time. This is an old one but anyone remember the young actress from Poltergeist, Dominique Dunn? Her ex bf stalked and killed her. I’m not saying that Colton is like him or would do anything like that but her case always pops in my head when I hear things like this. I hope that Colton uses this as a wake up call and moves on. Source

While Colton would likely benefit from therapy I think it’s important to remember that the vast majority of people who experience trauma do not stalk their exes. What Colton needs is to understand that he has to respect Cassie’s boundaries and that she is not his possession. He really needs to deal with his completely inappropriate behavior before he does anything else. I know some of you watched his season and probably have fond feelings for him but this is serious. jmo 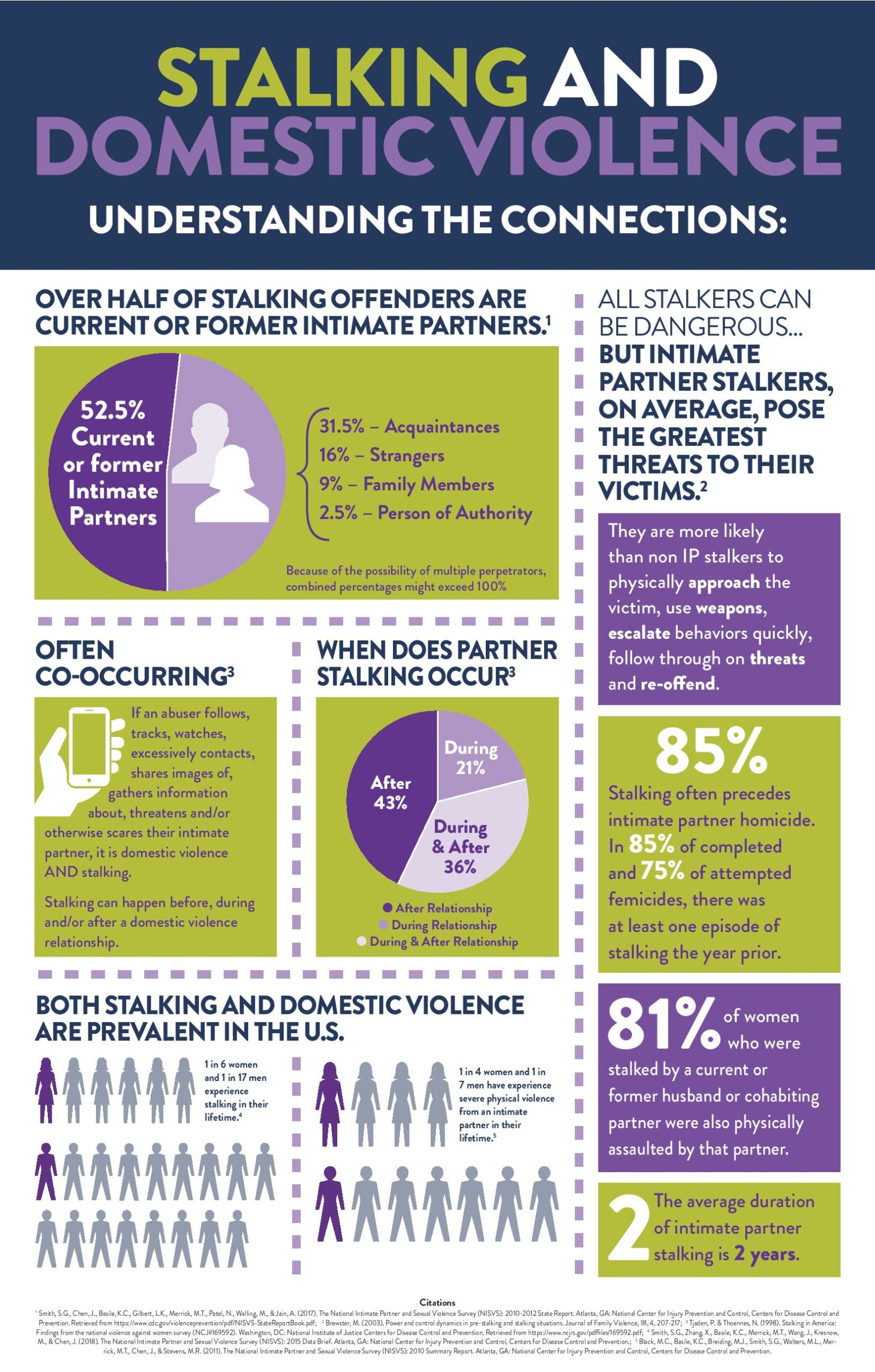 He needs therapy so he won't do it again.

Unless you're advocating he be locked up for the rest of his life, the therapy isn't only for his sake. It's for everyone else's (especially women's) as well.

"Therapy" doesn't just mean "make Colton feel better about himself". Therapy can go to deep dark places and force people to confront their worst aspects. It can be hard work.

It’s actually the popular opinion. All over SM it’s sympathy for Colton. What I’ve seen on Twitter & Instagram has actually disgusted me. It’s all about his feelings and it’s just like... what about Cassie? I think it’s being boiled down to ‘well he did these things that he shouldn’t but it’s Cassie’s fault for leading him on’ and coddling Colton like he’s a child. I can’t imagine how terrifying this whole thing’s been for Cassie. Is she able to feel safe in her home? Is she worried when she goes out? How about when she’s alone? Or the stress she might feel worrying about how Colton will react?

I think because there’s been no physical violence to this point, the severity of the way he violated Cassie is being overlooked. But what he’s done is a form of violence and it can’t be overstated the psychological toll this probably has taken and continues to take on Cassie.

@leavers when therapy is voluntary people deal with whatever they choose to deal with—or not—in the sessions. There is no guarantee he will be dealing with the ways he’s mistreated Cassie in therapy. I have seen this in my own family. I highly doubt Colton is going to be doing time in jail with what we currently know. If Cassie gets a DVRO (Domestic Violence Restraining Order) then one of the options for the judge is to impose 52 weeks of a batterers intervention program. I have no idea how much good being in a forced program would do but that would be more along the lines of the type of treatment he would need.

If I’m understanding the law correctly then stalking & harassment are considered “abuse” under CA domestic violence law. That means if Cassie has conclusive evidence, then Colton would be found to have committed domestic violence, and my guess is she will get the DMRO. This is for getting the Domestic Violence Restraining Order only.

You can read the CA law here:

Physically hurting or trying to hurt someone, intentionally or recklessly;
Sexual assault;
Making someone reasonably afraid that they or someone else are about to be seriously hurt (like threats or promises to harm someone); OR
Behavior like harassing, stalking, threatening, or hitting someone; disturbing someone’s peace; or destroying someone’s personal property.
The physical abuse is not just hitting. Abuse can be kicking, shoving, pushing, pulling hair, throwing things, scaring or following you, or keeping you from freely coming and going. It can even include physical abuse of the family pets.

Also, keep in mind that the abuse in domestic violence does not have to be physical. Abuse can be verbal (spoken), emotional, or psychological. You do not have to be physically hit to be abused. Often, abuse takes many forms, and abusers use a combination of tactics to control and have power over the person being abused.

This is my personal opinion only, but I have no sympathy for Colton. He can heal with therapy if he chooses to or not; I do not care. All I want him to do is to stop harassing Cassie. Even if she did not get the permanent DVRO, he needs to leave her alone and not contact her nor mention her ever again. Just like how I would not care the reason behind why a burglar broke into a house. They just have to STOP doing it or laws will be enforced to stop them.

My sister went through something like this with her ex when she was younger and it was not even as severe as being tracked with a tracking device like Cassie. But it was still very scary and traumatizing for her and my whole family. We had to call the police because he was threatening suicide. You'd never know how an emotional and unstable person could act or react. So, I can't even imagine how Cassie could be feeling right now. That is why I personally cannot be bothered with Colton and how he deals with his issues or his feelings. He just needs to stop harassing her, full stop.

I don't know who is saying what about Colton and Cassie outside this forum because I'm not reading it, but I don't see anyone making up excuses for him here.

I see opinions on the professional help he needs to get, what might have triggered him to behave the way he did, and hopefully everyone's opinions and links being posted just might help someone who may be in a similar situation.

But to say anyone here is making up excuses for Colton, to me is not correct.

@makeover thank you for sharing your story. It's not a situation to take lightly, or to never think anything would happen because you didn't think they would do such a thing. How many times have we read news articles, claiming the accused was such a nice person. You never know, being overly cautious IMO is always warranted.

I just found out that Colton follows the journalist that wrote the infamous second US Weeky article on IG and Twitter. She is his 23:d follow from the end in IG, so it didn’t just happen.
They did some kind of online event together om August 11, see below, and she wrote a couple of very positive articles about him shortly after.


So it’s actually likely IMO that Colton personally is the source. I doubted it at first, because it sounded like a crazy fan, and because of the factual errors in the quotes. Cassie didn’t meet her ex on Young Once, she broke up with him there, and technically it’s not even a reality show, much less a dating show.
I’m not sure if he said that to reinforce the “she’s fame hungry” narrative or to try and hide from Cassie that he was the source. Anything is possible at this stage.

Regardless, US Weekly, and Emily Longeretta in particular, are garbage for publishing that IMO.
All JMO

This E! article is odd. They were filming a reality show together in June? Colton pulled out because it became to tough? Cassie is still trying to sell it and her family is in it?

us weekly on Instagram has posted that they were filming a reality show. I can see why they wanted to "stay friends" after their breakup or at least stay in contact. Filming a reality show with your ex does not seem like the best idea to me, but I guess others do that. It might be a good time to step away from TV. JMO.

I hope that Colton's family/friends intervene with him.  This behavior is troubling and he does need help.  I think it's good that Cassie has drawn the line by requesting the restraining order.  That's a wake up call to Colton.  IMO he needs to be supported to get help, not enabled to keep up the behavior he's shown so far.  I am glad Cassie's family stands with her and is supportive. 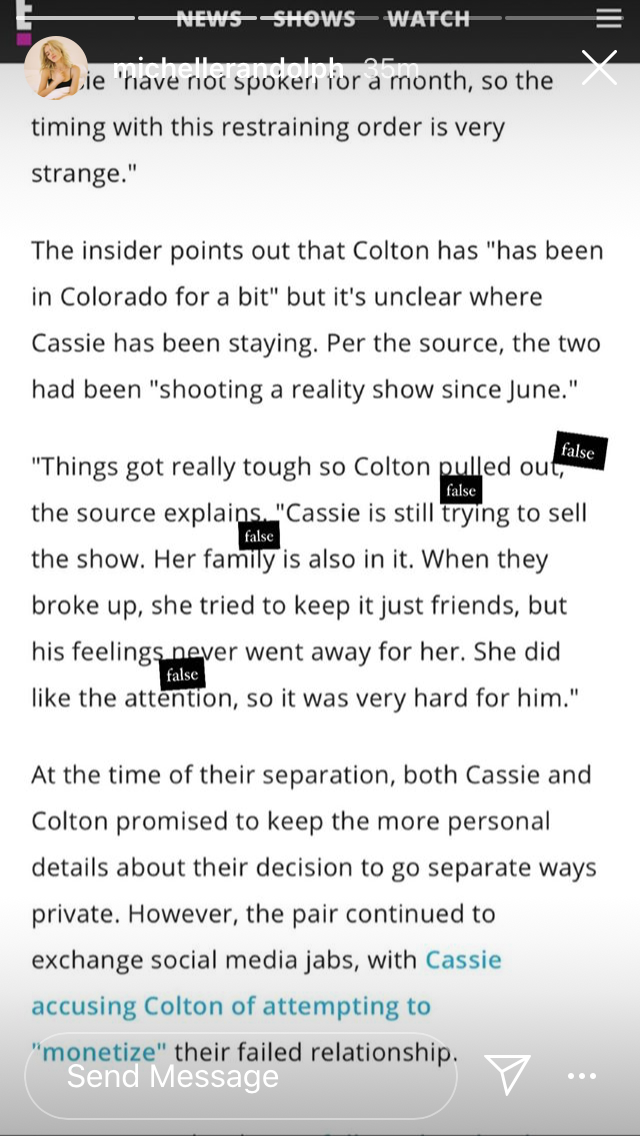 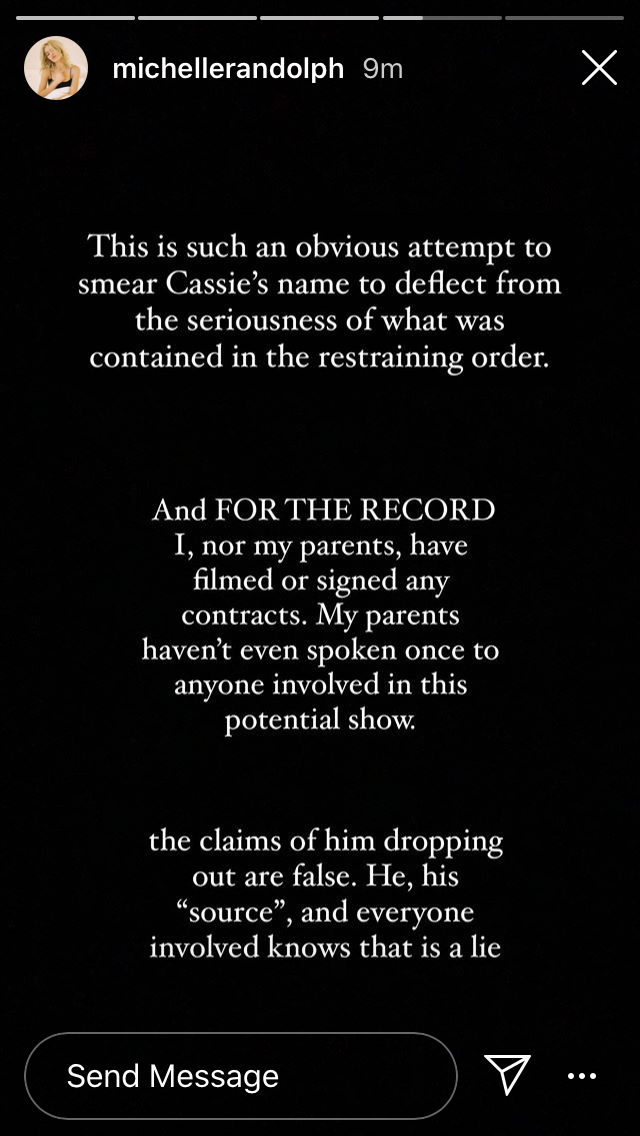 She is such a fame ho that she has gone back to school to finish her degree.