omg! Was he actually charged? That's so horrible if true.

But after the “Meet the Men” preview by Chris Harrison, many fans already had their standout contestants. Uzoma "Eazy" Nwachukwu, will be someone loved for his name alone, said Chris, as he called him, “easy like Sunday morning.”
https://screenrant.com/bachelorette-uzoma-eazy-nwachukwu-football-career-instagram-hometown/

As far as I know he hasn’t been charged with anything.

Thanks for that report. We shall see how this all plays out.

I liked him after the first episode. Shame about the tea though, I won't be able to see him the same way now. 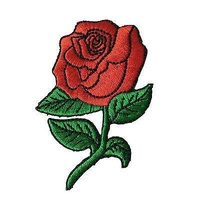 Your "Bachelorette" recap now up at: https://t.co/27ADYlSqPT including allegations against a contestant, and the embarrassing social media response to the Yosef and Zach situations. Please take the time to read this today. It might be helpful to some of you.

A few things to get to before we jump into last night’s episode. First things first, something that got asked a lot since last Wednesday’s live with Ashley and again after last night’s edit, and that’s the situation with Eazy. Again last night he got the comedic edit and everyone seems to love him. Here’s what I can now report. The woman who contacted me the night of the premiere that I’ve been in contact with ever since, spoke with the legal team of NZK Productions this past Friday for 90 minutes, and told them everything she told me about a prior experience with Eazy. So now the show is 100% aware of allegations against him. Maybe because it was Friday when they spoke to her it was too late to change the edit on this week’s episode, I don’t know. But now it’s 8 days until next week’s episode (which is airing next Thursday instead of Tuesday because of Election Night), so that should be plenty of time to edit him out of the episode. No ITM’s, no focus on his humor, nothing.

Of course they can’t completely edit Eazy out of the episodes because the show is already in the can and he was physically there. If it’s a shot of a group date, of course he’ll be in it. But MTV had the same situation last season when Dee’s past tweets came back to haunt her, and MTV immediately separated themselves from a contestant by putting a disclaimer at the beginning of the show, and, never giving Dee a confessional/ITM the rest of the time she was on the show. It was like she wasn’t even there even though she was. So lets see from episode #4 moving forward how ABC chooses to handle this situation. I’m the only outlet reporting this story. Hopefully others will pick up on it and make it known that ABC is well aware now as of last Friday allegations made against Eazy to their legal team. If he’s not cut out of the show and made it seem like he’s barely there then, well, that’ll answer your question as to how seriously they take allegations. And this woman told them everything she told me. If they don’t take it seriously, they’ve got some major issues.

I will point one thing out before you start asking. No, she did not press charges at the time, and she’s decided she’s not going to press charges going forward. This is something she knows she has to live with now, she was triggered seeing him on TV again, but it’s her decision to make on what to do and she’s made it. It doesn’t make her allegations any less credible because she isn’t pressing charges. I’ve messaged with her numerous times, she’s had to live with this incident ever since it happened, and it’s not something she’s happy about. She made that known to me, and to NZK’s legal, and she’s not in the greatest of places right now. I feel for her and I hope NZK has enough compassion to show this guy as little as possible going forward and make sure he’s never cast on another show of theirs again. Anything less is unacceptable and you can expect me to call them out for it every week if it continues.

by GuardianAngel Today at 1:23 pm

I think he was out a week or so before filming ended. On Oct 13th as per my post upthread CH thought he would be someone loved by viewers. I'm wondering about the timing the info got out compared to the timing CH made those comments. If they don't cut him out as much as possible until he's eliminated there I would think there would be a lot of justifiable back lash.

He has reduced his following by around 200 and increased thousands in followers. His last post was 7 days ago, no promo for this week's epi where as he has 5 promo posts already posted. Looks like he's laying low.

My hope is anyone that finds themselves in that situation as that person, will always find the courage to lay charges. Even though they will always have to live with it for the rest of their lives, at least the accused would pay the consequences. JMO's

RS discussed him a little bit in his column today and I think he and Ashley Spivey will talk about this some more in their Instagram Live tonight.