@Bobette wrote:WOAH!  OK so I just found a whole bunch of papparazo pics not yet picked up by the media and the caption says he picked the FINAL FOUR women yesterday!!!  They are not mucking around they want this mess wrapped up IMO. BRB uploading now... 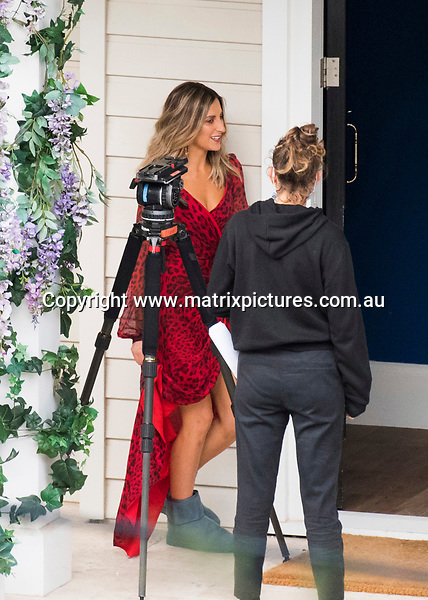 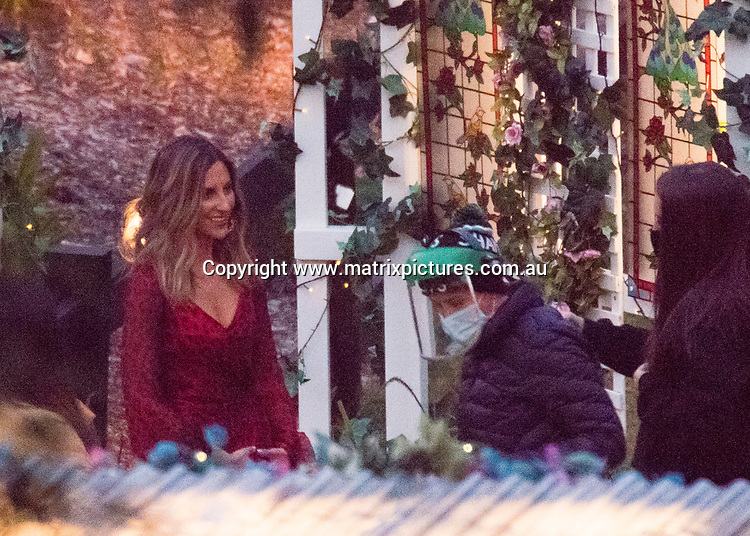 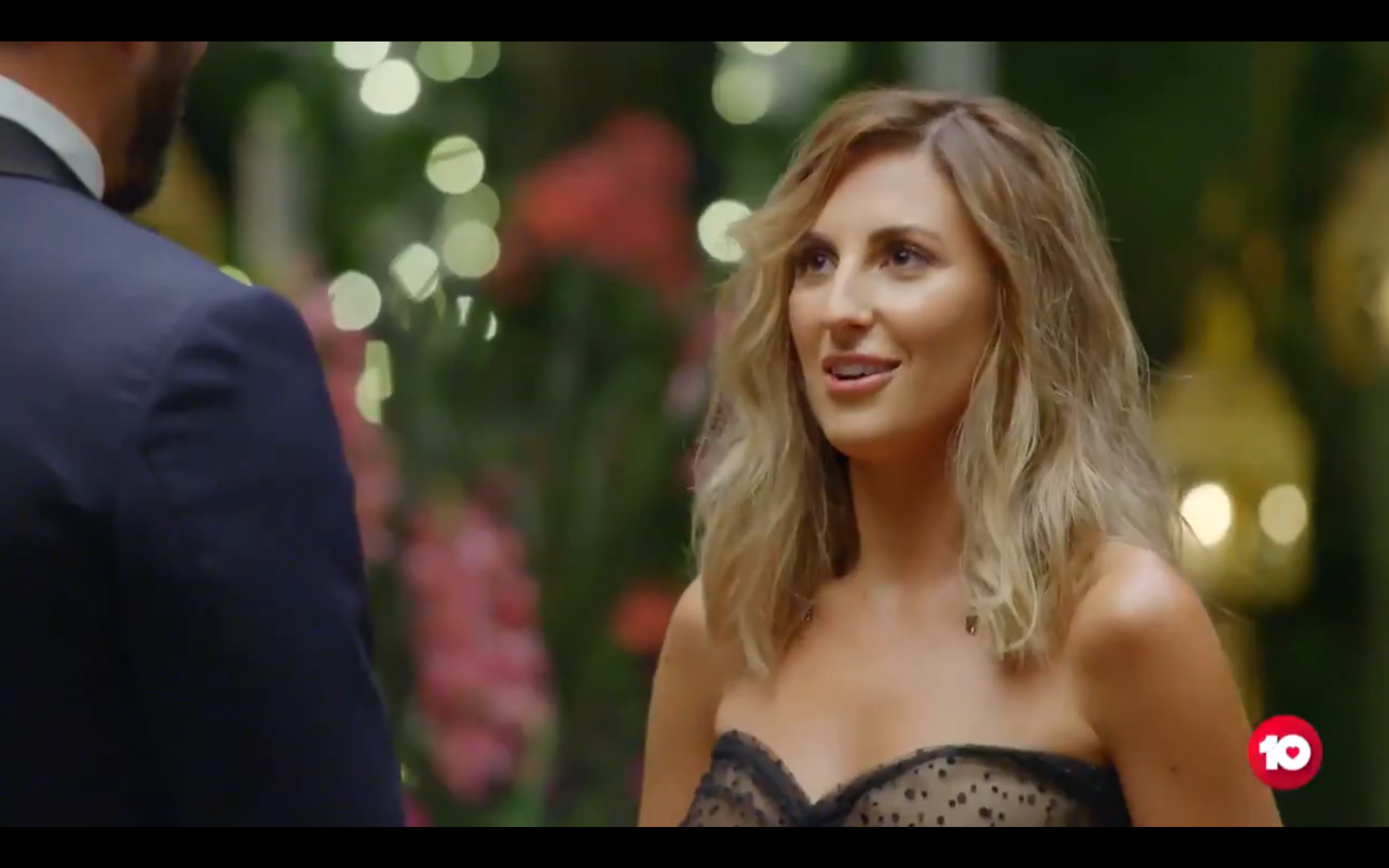 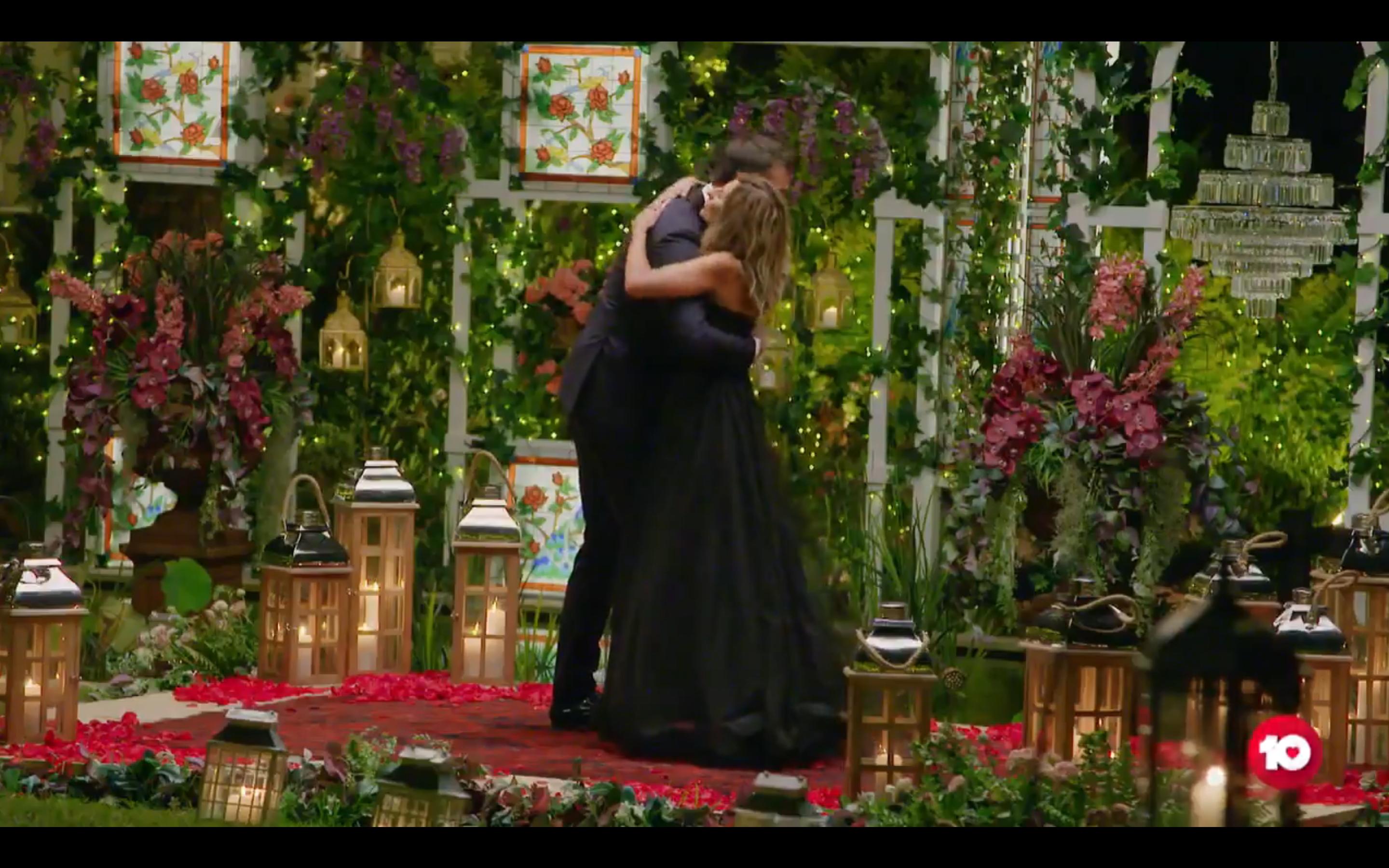 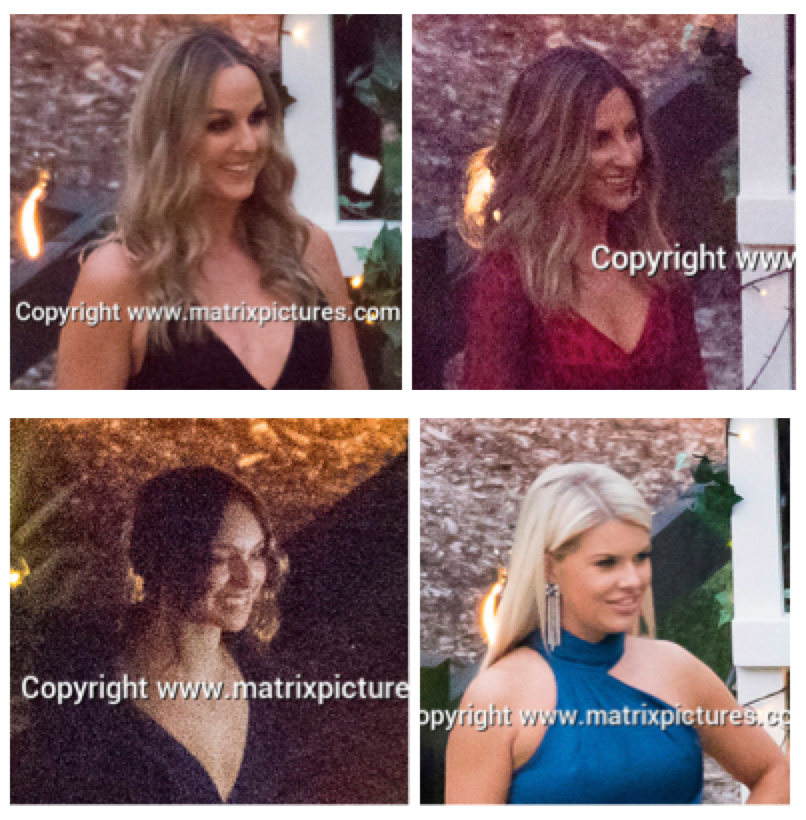 @Hawaii Girl wrote:Red girl/nurse doing a cute gimmick related to her profession out of the limo is giving me STRONG Chelsie vibes. Not sure if that's a good or bad thing for her chances at F1.

@Bobette wrote:Bella is in it and so is the girl in red who I had my eye on from the final 4 pics.  Will get screencapping now...

Source
Red girl is the nurse.

Yep - agreed.  She's significant for some reason IMO - possibly a sacrificial F2 if she's a nurse (potentially soft/caring and you know how TPTB love a crier at the FRC)

I think these accounts know her and are a clue to sleuthing her, but private so it is a dead end...hmm. 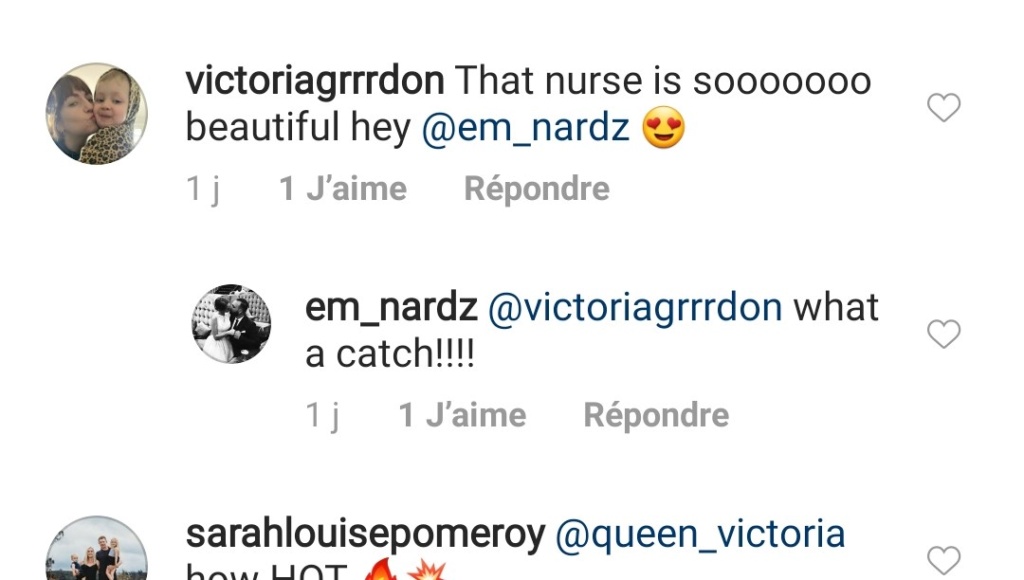 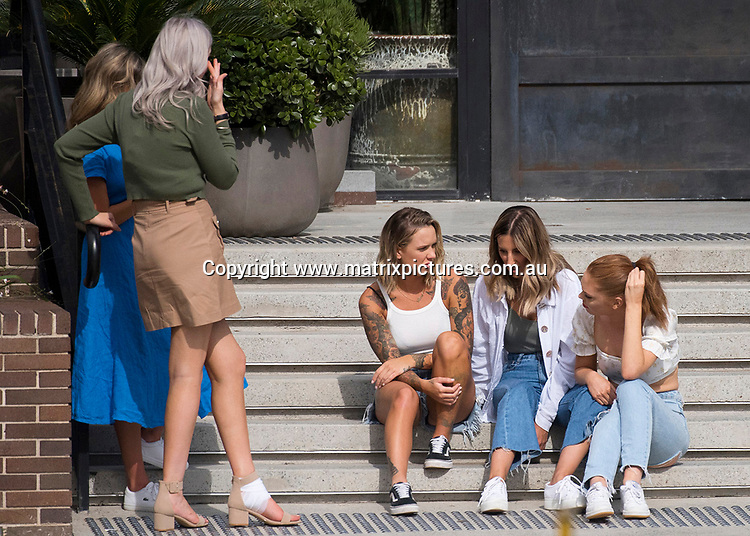 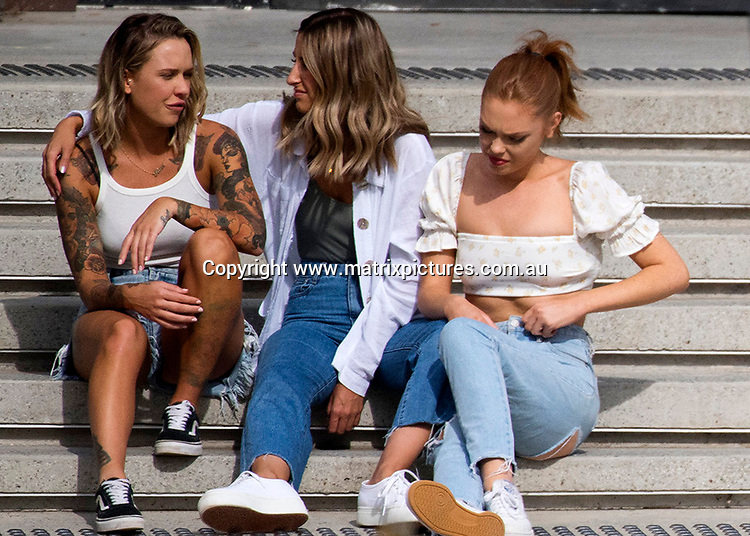 The nurse was on this group date. Could we possibly make a contestant page for her? We see her in the promo, and we know she makes it to F5/4.

Makes it to at least Top 5 per pap photos, potentially Top 2 IMO.

The Nurse is called Irena! Go forth and find her my people!

Nice find @Dirty Street Pie - I'd say we're looking for someone with a Greek surname then.

Funny how the same few girls keep popping up in the main trailers and media - Irena is a potential F1/2 for sure IMO.

This is going to be a very condensed season IMO - not much time for MoT time wastage (yay).

Six years ago, safe to say she looks a little different here.

Not a Greek surname then.

Bringing that article over in full.  She seems nice and normal (which probably doesn't bode well for her chances

DESSERT Queen Irena Srbinovska is firing up to defend her crown when the Central Geelong Bake Off kicks off today.

The 24-year-old nurse from Tarneit beat about 60 other home bakers to win last year’s inaugural competition at Tastes of Central Geelong with her 10-layered chocolate-coffee Opera cake.

Ms Srbinovska today plans to shake things up by making macaroons for the ‘biscuit’ category. 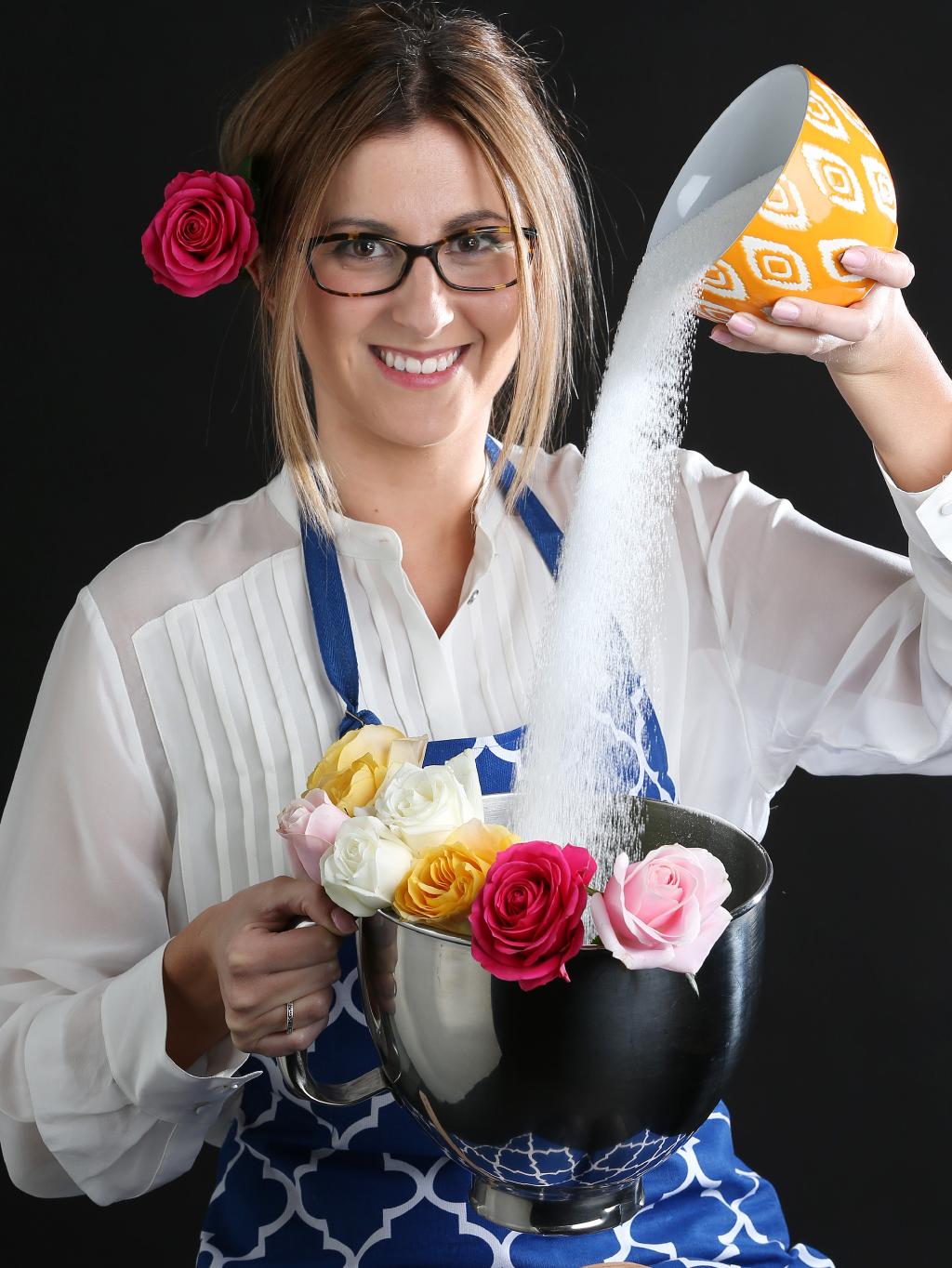 Also noting that Sportsbet probably counts her out, since she is 30 from Vic and they are predicting 28-29 from NSW.

Looks like she's also been a part of a journal article on analgesia administration after c-sections, which was published in 2018. Lists her as an acute pain nurse from Geelong.

So she bakes and she cares for people in pain.  Uh oh I spy a potential sweetheart F2.  Prepare the Kleenex.

Seems a bit wholesome for Locky IMO, I get more of a large breasted, influencer vibe off of him 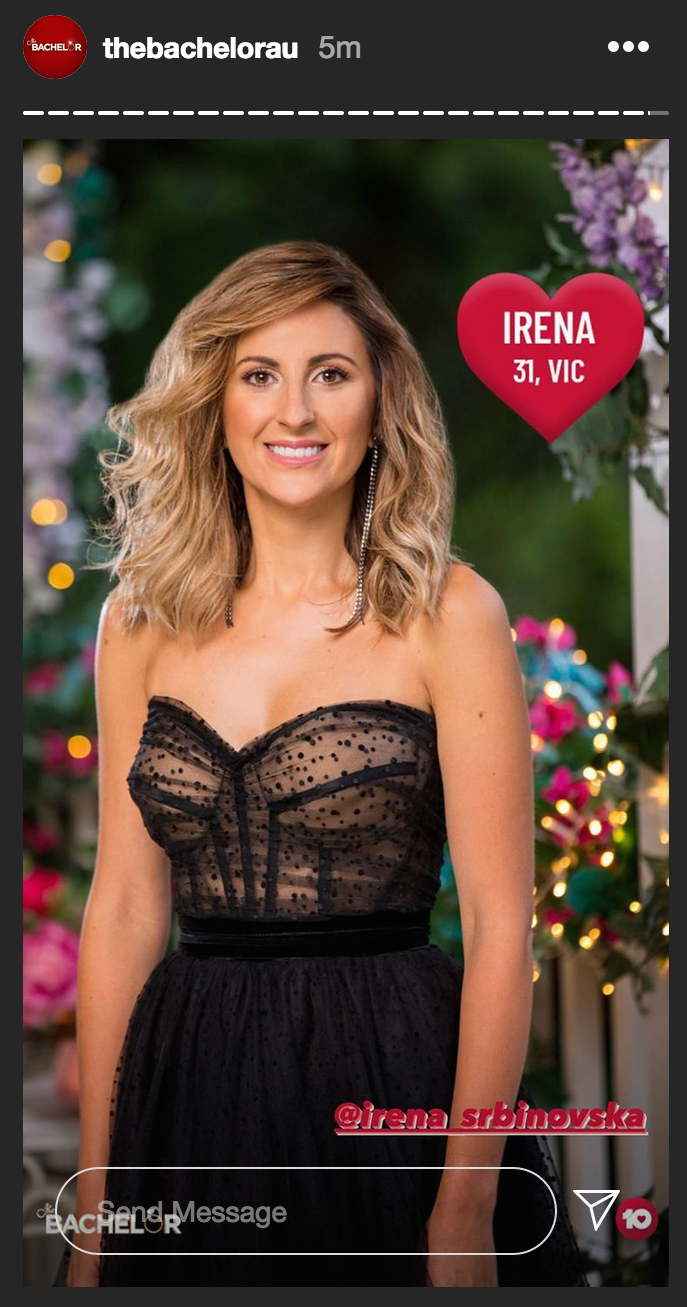 Last pane on the Bach IG story, and last girl remaining at the end of the show, IMO.

@Dirty Street Pie wrote:Seems a bit wholesome for Locky IMO, I get more of a large breasted, influencer vibe off of him

I was literally just thinking that she does not seem like his type!

e: Irina is the one that sportsbet is indicating is F1, right?

@leavers Yep Irena is almost certainly F1 and I agree, not his usual type IMO which I think will be the theme of the season ("forming a connection that's deeper than just physical" and yadda yadda yadda).

That's also the reason I can't see it working though.  Choosing against type rarely works on this show (cf. Matt choosing Chelsie over Abbie who was, according to his friends, 100% his usual type).

Plus, with Irena (presumably) still living in Vic and the WA borders locked up tight, SHVs are going to be difficult if not impossible to organise and I doubt Locky will be able to keep it in his pants for long.

Anyway, congrats to the happy couple!