I leave for a few minutes and I don't recognise Clare's threads anymore!

I created a thread for Tayshia for sleuthing in one spot, since it is speculated she may be the 'ette.

She wants out. #TheBachelorette star #ClareCrawley threatens to quit the show after 12 days of filming, a source exclusively tells Life & Style. The season 16 leading lady has “already fallen in love” with contestant Dale Moss.https://t.co/4NGUtiacZu

I don’t buy it.  She knows the process.  She may send some guys home quickly but don’t buy this or most things this magazine posts.  Imo

@Dahling wrote:The US magazine article won't open for me, but I saw it on ig.

‘The Bachelorette’ Season 16: Everything We Know

“Last weekend, producers reached out to backup Bachelorette contestants who had been vetted for Clare’s season but were ultimately not cast to film at La Quinta [Resort],” an insider tells Us Weekly exclusively. “When producers reached back out, out of the blue, it was very apparent that something had happened with production.”

In June, Us confirmed that Crawley, 39, would begin her search for love in a single quarantined location as an extra precaution amid the continued COVID-19 crisis. When the production team started “calling backup contestants and asking them to come to La Quinta within 24 hours,” the source says signs “obviously” point to something going awry during filming.

Season 16 was expected to kick off in March but was put on hold indefinitely due to health and safety concerns. When Crawley’s contestants were originally announced, many fans took issue with the younger crowd that was chosen to fight for the hairstylist’s heart. Before production officially kicked off this month, a new group of suitors was revealed on Facebook, 20 of whom are aged 30 or older.


Despite the wrenches thrown in Crawley’s Bachelorette journey, she couldn’t be more excited to find her true love. “I’m still in shock, I’m gonna be honest. I am so hyped about it! Last week, I literally was, like, ‘Is this even — is this happening?’ Like, I have no idea,” she said during an episode of the “Bachelor Happy Hour” podcast in June.

When the season was postponed, the California native encouraged more men to shoot their shots and submit for the show. The delay in filming may not have been in Crawley’s original plans — but gave her the unique opportunity to do her research before finding The One.


“Obviously [I googled them]. What woman wouldn’t, are you kidding me?” she teased on the “Bachelor Happy Hour” podcast. “I will say this. At first, I really didn’t. I really did not and it was because, I don’t know. I just kind of felt like I want to get to know them and regardless … But there are some things where you can kind of tell people’s lifestyles from their Instagram stories, and I see some that are, like, not really my vibe, and others where I look at them and I’m, like, ‘Oh that’s hot. I can’t wait to meet that guy. I hope he’s on the season.'”

@Hawaii Girl wrote:This is from Reddit, so naturally take it with a grain of salt (however, the Reddit mods were able to verify this person's sources and said they feel like it's legitimate).

According to someone who runs a spoiler page, Clare has been very difficult for production to work with and has refused to show up to dates, "among other things". They claim that she's being replaced as Bachelorette with Tayshia who has arrived to quarantine today, and that's why production have reached out to the eliminated guys to see if they'll come back. Idk if I believe it or not, but I just thought I'd share.

(MAJOR SPOILER): I’ve been made aware of this Reddit post making the rounds. Been on the phone for the last 2 hrs digging. I cannot confirm with 100% certainty if it’s true yet, but if you ask my opinion, I think there is some serious validity to it based on what I’m hearing now pic.twitter.com/y0SudK7Pcl

There’s a lot to take in here that I don’t have answers to yet (assuming this is true), but I will report back when I hear/know more. 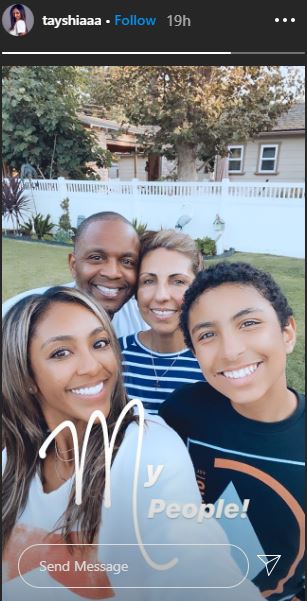 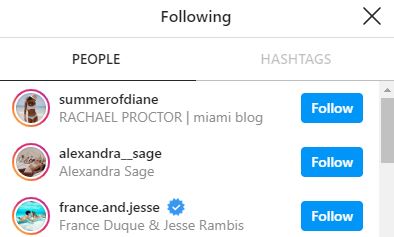 These are the last few people that followed Tayshia. 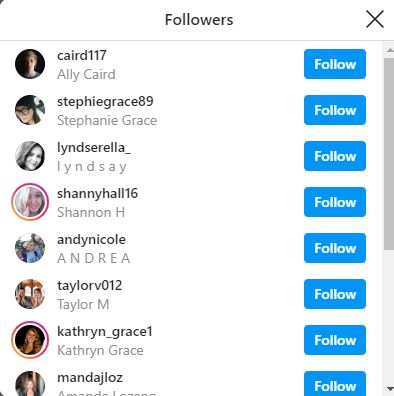 Gina Modica is the makeup artist for the Bachelorette and is now following Tayshia. She is her 4th latest follow (Gina is also following Bri & Chris from LTYH).

The official Bachelor Nation account and Julie LaPlaca (the lead's producer) both commented on Tayshia's most recent photo. They haven't been commenting on her previous photos from what I've seen. 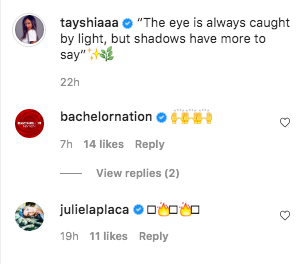 Tayshia has a fine looking family! I don’t know if this is real but I could get onboard with it.

@Dahling thanks. She has another 2k followers since I posted that so now it's buried.

RS is on live saying repeatedly that Tayshia’s the new bachelorette & she’s been quarantining in La Quinta all week. He doesn’t know what happened with Clare.

Could they possibly be doing 2 bettes like NZ who introduced Lily after several weeks?

Clare is 39, Tayshia is 29. If Tayshia is there now in quarantine for at least 7 days, she could be introduced right after.