So I guess he's playing the bad edit card.

Or he could be right, you never know these days.

Looking forward to this.

@LeapofFaith wrote:Wow so pascal is a piece of work! What an a$$ ! He says he wishes they could have picked better looking chicks .... seriously what a tosser

He may not be the only one saying it

I may have said it 50 or 60 times myself (but fortunately I wasn't micced up... or trying to date either of them).

ETA: WTF Harry and Pascal both DISLOCATED their shoulders on the wakeboard date and had to go to hospital (Pascal's was fractured as well!) GEEEEZZZZZZ.

And TPTB was trying to get him to dob on the smokers but they decided the presented storyline would give them more drama. Interesting. More gossip please Pac. 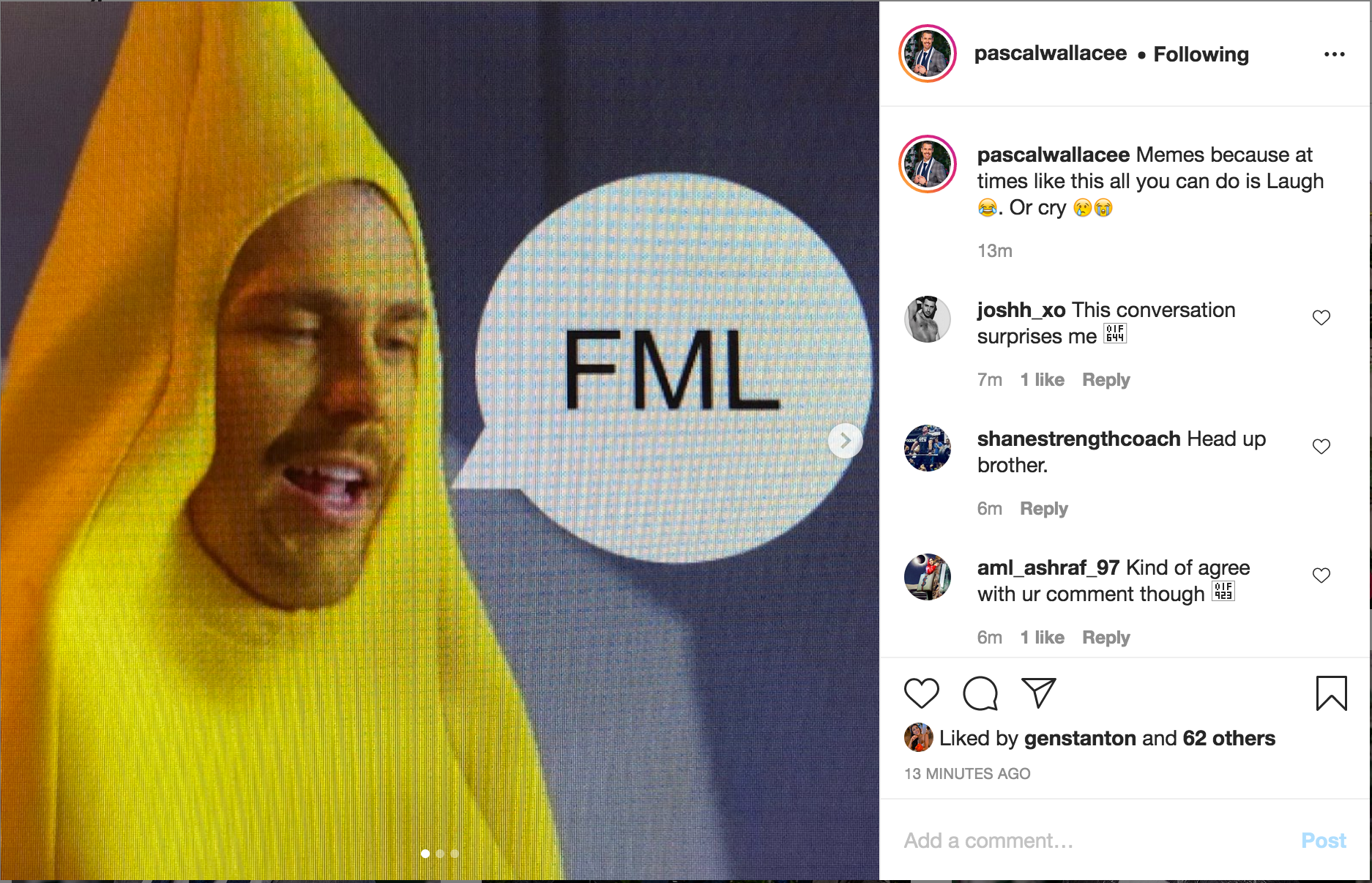 hahaha as it turns out I have another FOAF situation with this guy... as I did (do?) Carlin... except the person I know who knows Pascal doesn't have anything nice to say about him (unlike the person I know who knows Carlin). I probably would have known much sooner but I haven't been paying attention to this show outside of my visits to this forum.

If a total, 100% nobody like me is 6 (well, 2) degrees of separated from this show on two different seasons you know they must be desperate when it comes to casting

Boil the kettle because I’m about to serve you some piping hot tea. So remember how Locky was the ‘Plan C’ Bachie? Well it’s now been revealed who the ‘Plan D’ was, and it’s actually someone from this season of The Bachelorette.
According to our favAccording to our favourite tea-spilling podcast So Dramatic! the fourth choice for The Bachelor this year was none other than señor douchebag Pascal Wallace. Yes the sexist cricketer/CEO, who thought Elly & Becky Miles weren’t up to scratch was going to be The Bachelor.
Pascal told host of So Dramatic! Megan Pustetto that he was in the final stages of being cast for Bach and it was down to just him and Locky, but “he was beaten in the final interview by Locky.” But because producers already had all of Pascal’s info from his previous application, they asked him if he wanted to apply for The Bachelorette and he was fast-tracked to the final round.

I guess it kind of makes sense why he was so rude to the Miles girls then. I mean, if you thought you were going to be the whole-azz Bachelor, you’d be pretty miffed to be on The Bachelorette with two girls who didn’t even fancy you.

In the podcast, Pascal also revealed his ‘truth’ about his shock exit from the show and said that it was all staged by producers beforehand. According to Pascal, “most of the guys thought the girls sucked” and “were complaining that they were stuck with them.” God, I really hope that’s not true, because those gals are lovely and deserve way better than that.

“I wasn’t the main one saying saying it. The ones who had been saying it the most had already left the house. So I became the scapegoat of the whole thing,” he told So Dramatic! in a statement.

Oh wow no I don't think that would have worked at all.  Pascal made for a pretty good contestant but doesn't have what it takes to be Lead IMO.  None of the guys this season do IMO.

But, I totally believe what Pascal says about all the guys being disappointed - it's obvious on the screen IMO - and I think they have a right to be.  Elly and Becky were dreadful casting IMO.

I see no genuine attraction from either Pete or Frazer, only Sam and Joe, who the girls obviously deemed not good enough.  I would also challenge Ms Dramatic's assessment of them as being "lovely".

Becky seems sweet, though very insecure and a bit emotionally unstable IMO, but Elly is shallow and egotistical IMO, and has already proven on Matt's season that she has a nasty side.

The fact that she convinced her sister to sign up for this, when she must have known Becky would struggle IMO, just so she herself could secure the role, speaks volumes, IMO.

But getting back to Pascal, if he found it hard to run his businesses during the 3-4 weeks he was there, how would he have been able to do the 12 weeks the Bach usually films for?

Also if he thinks he got screwed in the edit this season, mate, you got off lightly compared to what they could have done with you as Lead.  Deep breath, move on, thank your lucky stars.