I think Rachael moving out of her parents’ house would be a good first step for her. Of course that is complicated by COVID and however difficult it will be for her to get a job. If she becomes an influencer then she won’t have problems financially for the near future, but I don’t know if companies will hire her for influencing. She did have a story the other day I thought might be an influencer thing. I forget what it was—a drink maybe.

I can’t quite figure out where she is at with everything. On the one hand she has posted a lot of anti racist materials but then she still didn’t understand recently the gravity of her actions. Here’s hoping it’s just a slow process for her and she really is coming around.

Has Rachael's mom ever publicly said anything negative about Matt? Because I haven't seen it. I think she was very briefly a mod for that FB group, got overwhelmed by the negativity and sheer number of posts that had to be deleted, and therefore shut down the group.

I see that Matt wants Rachel to hire a female race educator. Yeah, no. If I were her, I'd run hard in the other direction. Matt has his own work to do -- IMO he should be focusing on that and not on trying to fix others.

@Amethyst - why run in the other direction? Rachael herself has repeatedly said she is on a learning journey and wants to 'put in the work', he's giving her space and a helpful suggestion to do that. He's not saying anything that she hasn't said herself.

I've also heard him say multiple times that we shouldn't cancel her but should call her in. He says that about CH in the article as well. That's what he's doing, he's calling them in.

Personally, I think Matt has handled this all with more grace than I could ever imagine mustering if it were me. I'm also taking Rachael at her word and I support her wishes to learn and change. I hope that her fans and friends and family can give her space and support to do that like she's repeatedly said she wants to, kind of like Matt is giving her that space and support. 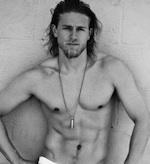 @allykat - I don't have a problem with Matt or how he has handled things. I just think with regard to Rachael he needs to stay in his lane and leave her be at this point. I don't think it's his call how she chooses to conduct herself, since he has repeatedly stated he doesn't want a relationship with her moving forward. To me, that goes right along with "giving her space."  IMO how she wishes to educate herself or progress is up to her. I'm of the school of thought that an ex should be an ex. To continue to suggest what she needs to do and how she needs to do it, especially involving her own money, IMO comes off as borderline controlling. IMO it's not his business anymore.

I don’t have a problem with Matt making one suggestion on a relationship that played out so publicly. What happened between Matt & Rachael is a lot bigger than their actual romance.

If they want to get back together or not I think that’s really up to them. At this point I doubt Matt will want to though.

Despite everything I do feel kind of sorry for Rachael. TPTB used and discarded her too all for ratings and profit. Her dirty laundry will always be on the internet for everyone to see.

I imagine they are both still hurting a lot with all they’ve gone through. jmo

I think that getting back together is a bad idea for both of them. Just my opinion, though.

Per RS, Matt and Rachael are together in New York.

not surprised at all if they get back together

@ariwolf wrote:not surprised at all if they get back together

@ariwolf I agree with you. I always felt like they had unfinished business. Him not wanting to hug her made me so mad, but then I thought, he might still have strong filling for her... So, I am glad they are giving it at try because there is nothing worst than regrets. If after this, it doesn't work out, they can have closure. Life is too short to live with regrets!! She was my favorite for him, so lets see what happens!! 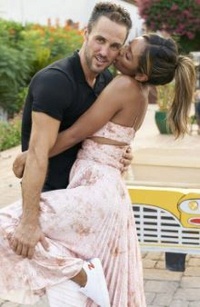 Bachelor Matt James and Ex Rachael Kirkconnell Are Not Back Together: They're 'Just Friends,' Says Source https://t.co/7olKzzznrD 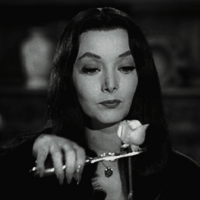 Per RS, Matt and Rachael are together in New York.

The Sun is carrying that story as well (FWIW, it's not the most reliable source.) I guess we'll have to wait and see.

My very strong feeling is that this would not be a good move for either of them. I think this is just as true for Rachael as it is for Matt. Given their history, IMO it would not be an emotionally healthy thing for her to go back to him. I think there would always be a deficit there. He may have (with reason,) felt disrespected by Rachael, but he doesn't respect her, either. It goes both ways. How do you keep chasing after someone who doesn't respect you? The two of them may have some unfinished business, but I don't see a future together.

ETA: Per the People article, I think that Matt is on the right track by focusing on his work, his community involvement, and any lingering emotional issues that resulted from his father's abandonment.