@Idlemess wrote:Thank you @natik for taking the time to answer the questions and satisfying curiosity.

With everything that's going on, watching this particular show is a form of escapism. The project is done remarkably well without the juvenile sex infused focus like the US production.
I always want to know more after each episode and it's not just for translation but for the inside scoops and for me, being able to understand (not the language) the emotions.

I am really glad to hear that. Ask me away don`t hesitate. I am really enjoying it as well because they lay the focus on character development and story development. You learn a lot about each of the contestants so you can relate more to the emotions, feelings and situations they are going through the process.

@GuardianAngel wrote:I'm so far behind, so thank you everyone for all the updates!

@natik thank you as always for translating and answering questions!

You are welcome! Hope you find time to be back on track with us

Brought you some goodies! Second promo for the whole season. There are some new snippets in:

I think she's sexually attracted to Artem and maybe that's him on the date where she's getting a massage? Can't really imagine who else it could be.
Hope Sasha gets a date soon
AND on social media there was some talk about exactly how well she knows the red headed Andrej. He interviewed her a few times in the past. Also, there's no hesitancy on his part to kiss her cheek during the Rose ceremony, so he's comfortable around her BUT how does he feel about his chances?

Is there anything else we should know for now?

@Idlemess wrote:
I think she's sexually attracted to Artem and maybe that's him on the date where she's getting a massage? Can't really imagine who else it could be.
Hope Sasha gets a date soon
AND on social media there was some talk about exactly how well she knows the red headed Andrej. He interviewed her a few times in the past. Also, there's no hesitancy on his part to kiss her cheek during the Rose ceremony, so he's comfortable around her BUT how does he feel about his chances?

Is there anything else we should know for now?

Interesting about Artem. What makes you think that?

Sasha gets a date in the next episode indeed. It was in the promo for episode 3. 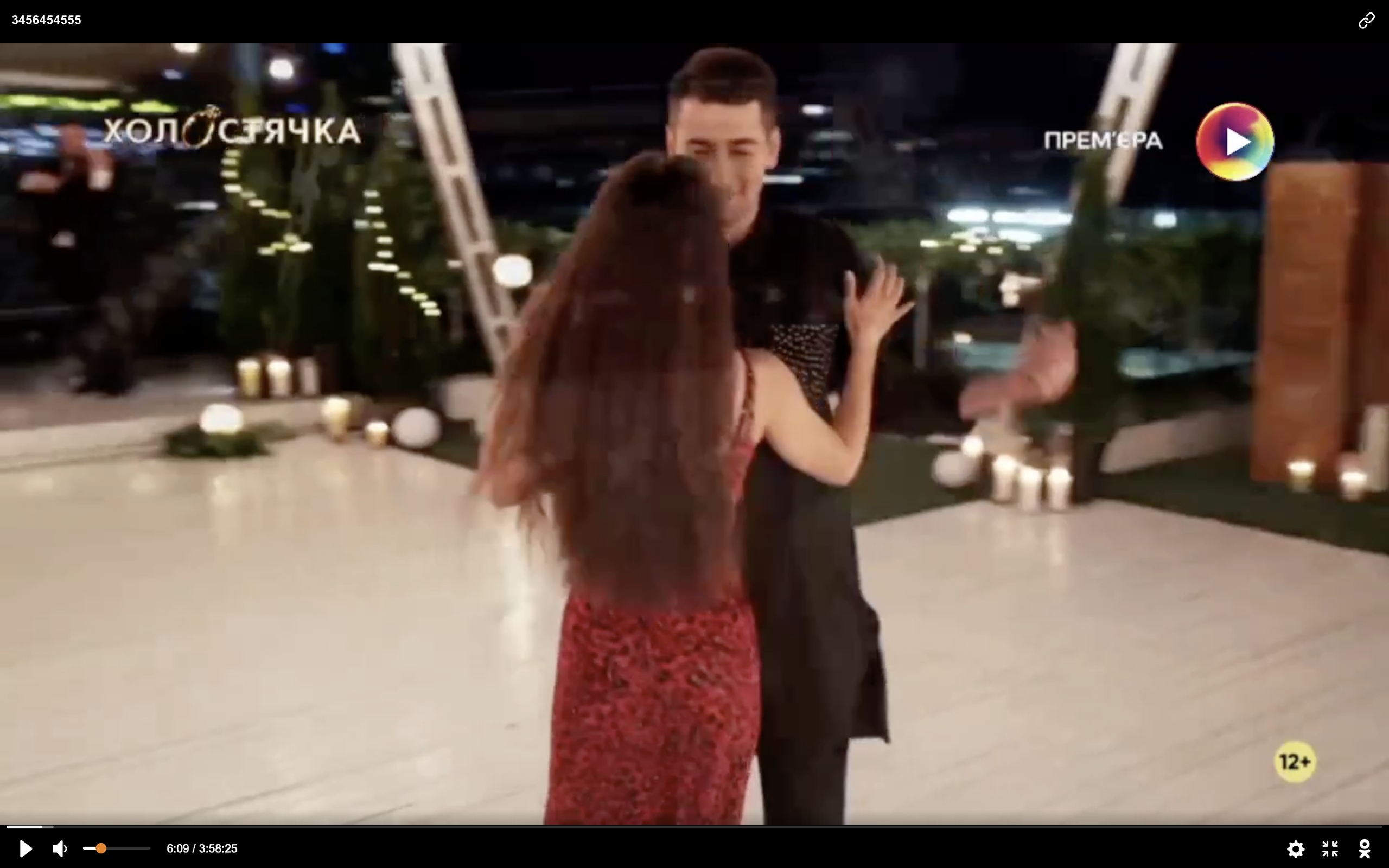 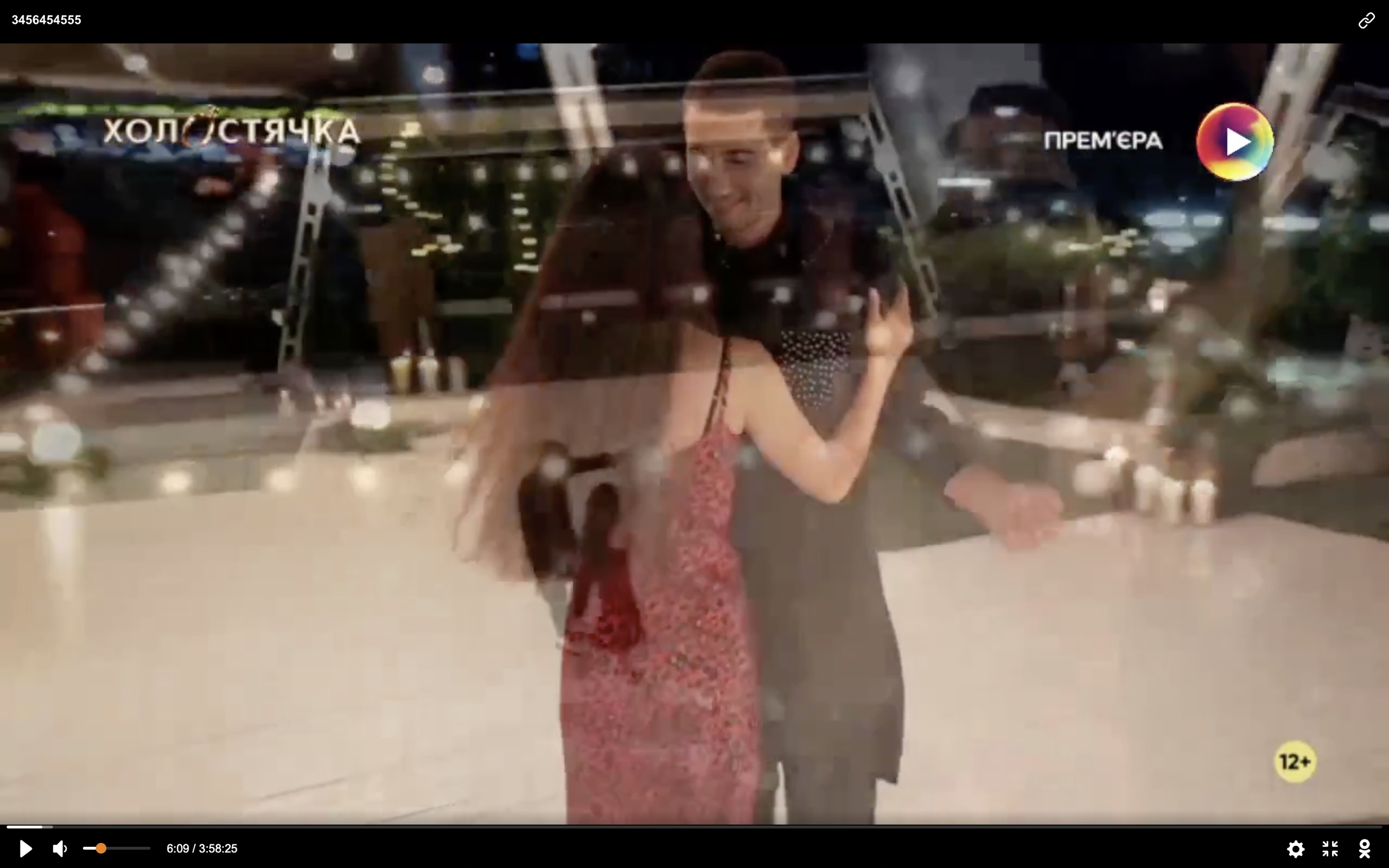 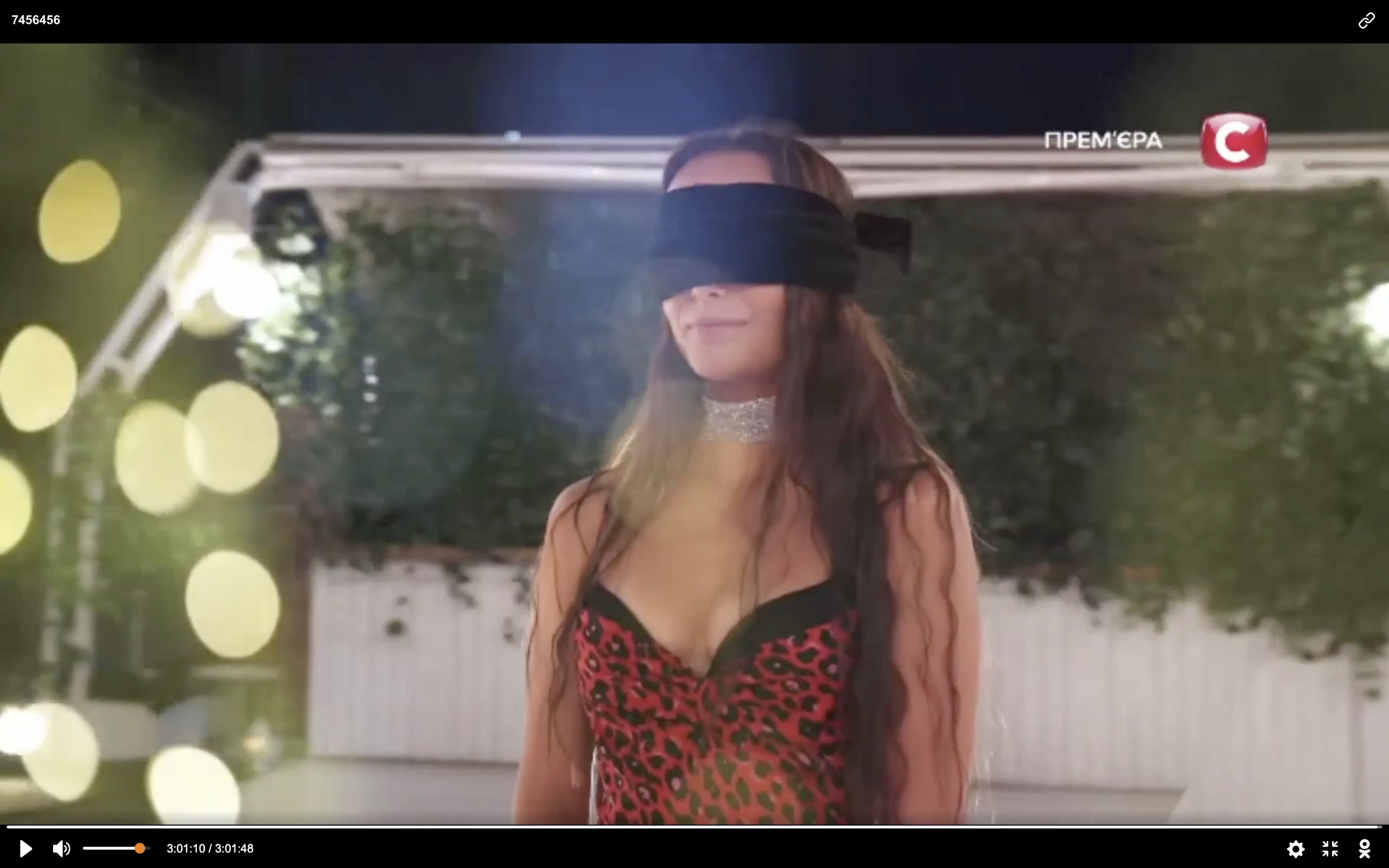 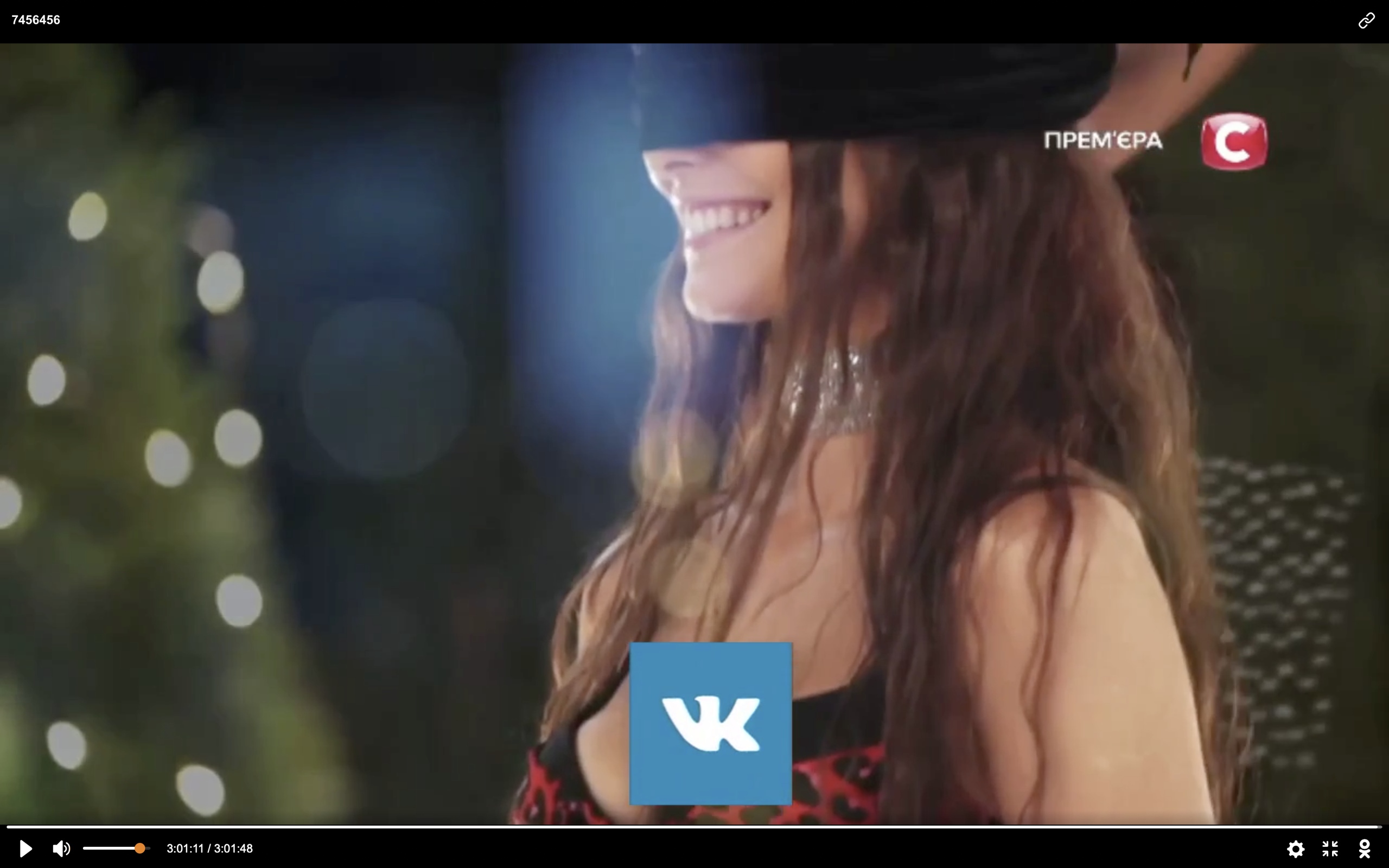 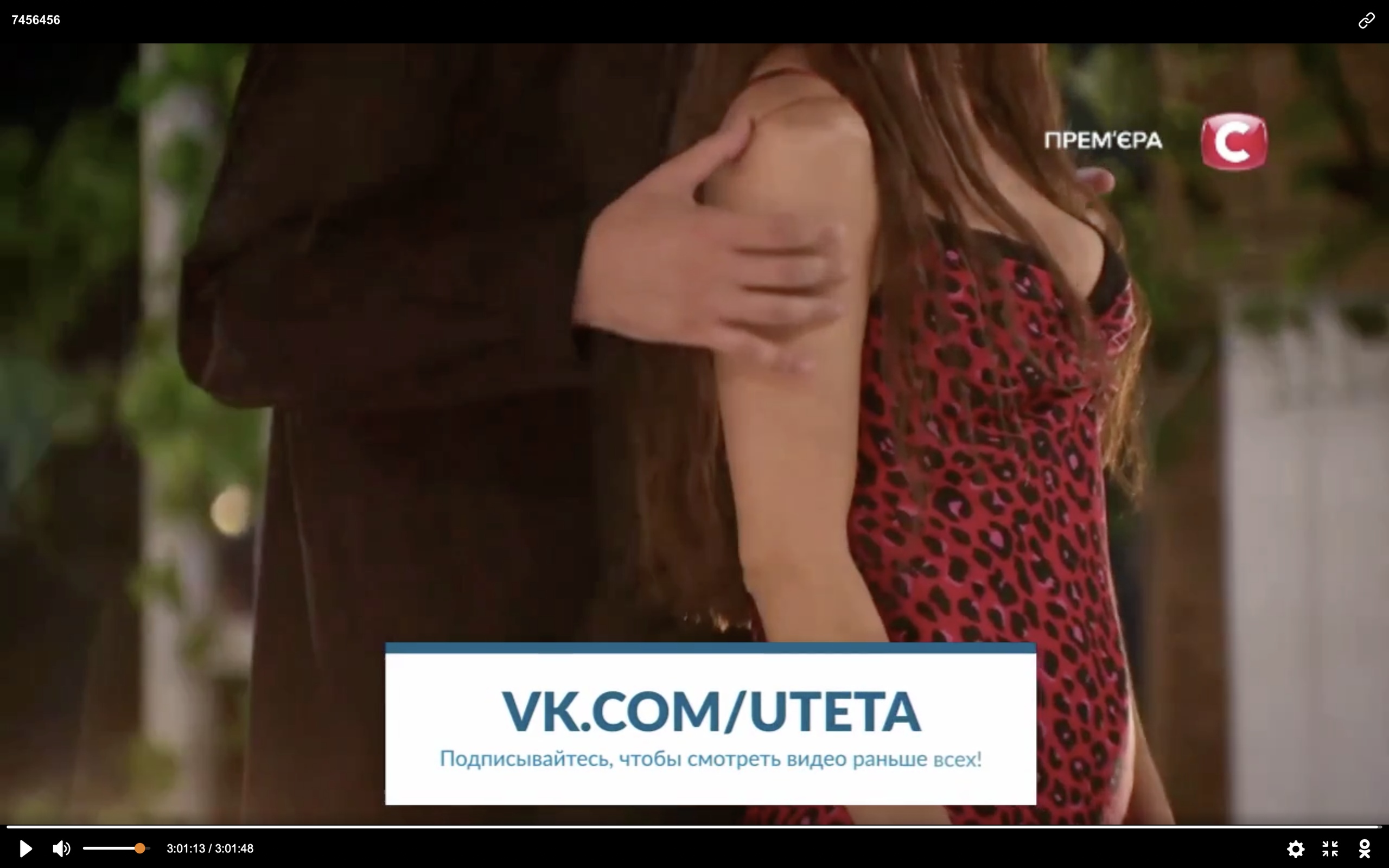 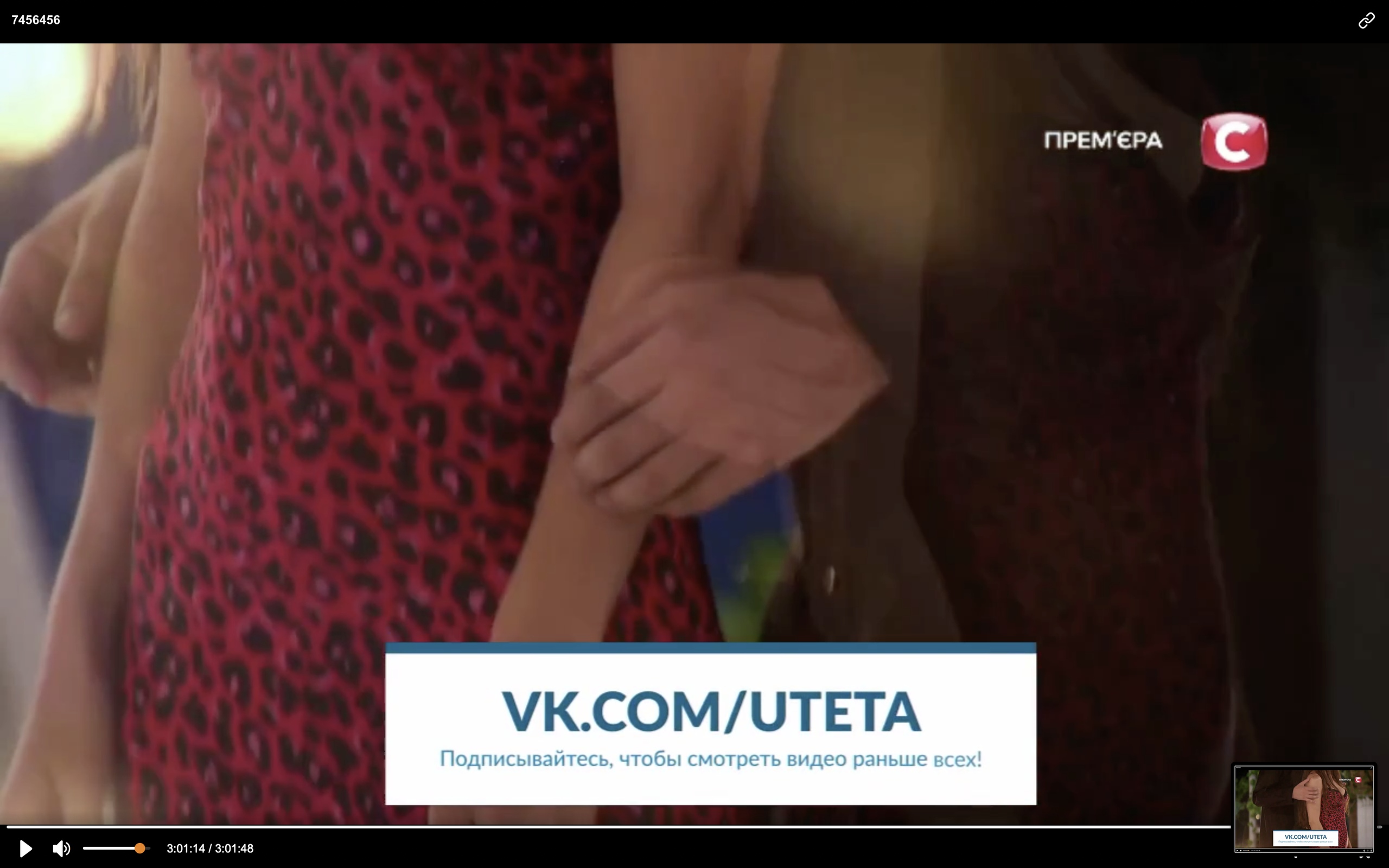 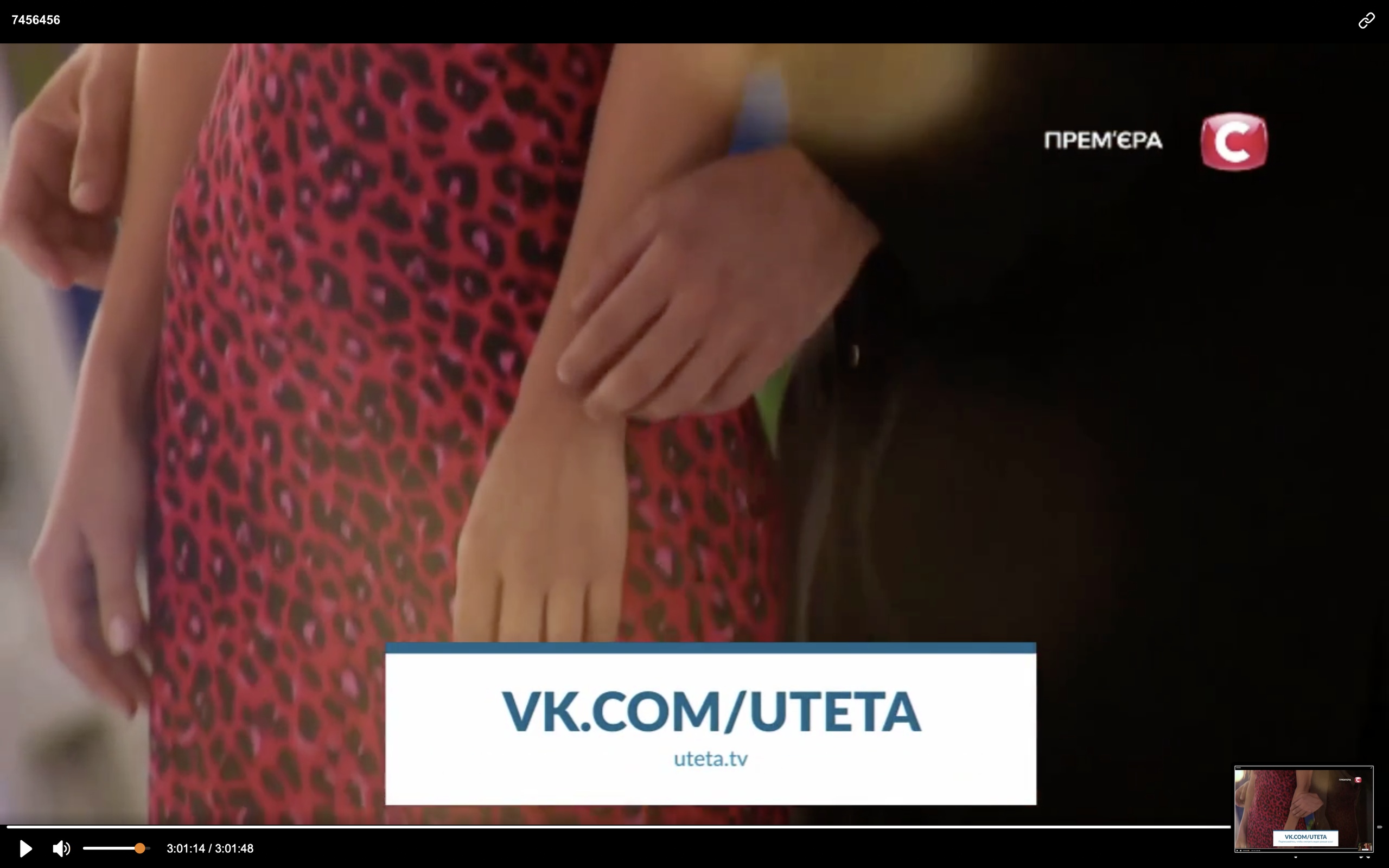 Well the read headed Andrej is doing everything right now to get as much attention as possible. I am gonna post that video about which everyone was talking about on social media, so that the others know what we are talking about.

I am not sure what he likes most Ksenia or the attention or maybe both. He is not a bad guy but as of right now I would say he is in the friend zone. The question is if it is possible for him to escape from that friend zone.

This is silly but, 'squeal' yay Sasha

just kidding. He better show up!

Re Artem, I was going from the tattoos. Plus he's intense and I can picture him popping someone's bra

just kidding. He better show up!

Re Artem, I was going from the tattoos.  Plus he's intense and I can picture him popping someone's bra

Nah not silly at all. The viewers are loving him. He is very popular with the viewers. They are feeling with him because he is so shy and nervous around Ksenia. And they think that without him the show would be only half as entertaining. His ITM`s are hilarious

Regarding Artem I get where you are coming from. And I mean speaking of Artem the stare battle between him and Ksenia at the rose ceremony was brilliant.

K: Artem and Sergey you are both to blame for the situation that happened. Both of you are guilty. But Sergey is with a rose and I have a question for Artem.

Sasha watching to Andrej: Bro how are you? (one last rose left and only Andrej and Sasha are left)

Sasha ITM: Because of this act, Artem may of course not receive a rose.

Andrej ITM: Why not?! Nothing can be ruled out on the project.

Ilja ITM: Of course I would like for Artem to leave. Everyone would really breath out with relief.

A: I did not take my eyes off her at all.

A: We were staring at each other without to blink. I got chills.

K: Are you sure you can control yourself?

Ksenia ITM: I gave Artem a chance because everyone has the right to make a mistake and to receive a chance, but only one!

I read somewhere a reference to her giving someone a chance and later getting rid of them. It was in an interview I read on the Holostyakstb IG

At this point with only 2 episodes under the belt, do you have a top 5? Of course there’re a few stand outs but I know who I like already. That of course is subject to change if something drastic comes up.

Btw, there is advertising a 2-1 date with Artem and Andrew 2? On a boat?

@Idlemess I see you are sleuthing a little bit in the social media. I like that!

Yes I would say Evgeny, Andrej (not the read head), Sasha, Aleksey and Ihor.

Girl, I need to get my mind away from real life reality between home life (caring for my mom) was work and community it’s a lot for all of us. This is an escape to distraction.
I appreciate you bringing us this opportunity. I hope you understand but I think you do

@Idlemess wrote:Girl, I need to get my mind away from real life reality between home life (caring for my mom) was  work and community it’s a lot for all of us. This is an escape to distraction.
I appreciate you bringing us this opportunity. I hope you understand but I think you do

Awww that is so nice to hear!

You are right there is a lot happening in the real world. And I am really glad that I can help you a little bit to forget, if only for a few hours, all your troubles.

As there is interest in Artem here is his first one on one conversation with Ksenia in episode 1:

Actually he invited her for a walk but Ksenia was freezing and they decided to talk inside. That what they discussed after he popped the bottle with the non alcoholic drink.

K: He seemed to me very interesting and I wanted a personal conversation with him.

A: I was thinking about how you stand there. So small and trembling. I wanted to feed you, warm you, cover you, steal you, and generally escape from here.

A ITM: She has a strong female energy. I felt it.

K: What does it mean to look through?

A: You seem to be looking somewhere inside.

A ITM: She has a such strong eye contact. This is very rare. In principle, many people look down and hide their eyes. She sees something more and it's great.

K: In general, what are you striving for?

A: I like the field in which I am engaged. As a child, I had a dream, for example, my own gym.  That is what my goal is as of now.

A ITM: I work as a coach. I have achievements.

A: I am a master of sports in Taekwondo. Plus I won the mixed martial arts world cups. I have been competing for seven years.

K: Tell me, except your profession, what else do you have in your life?

A: In principle, my whole life is tied to this.

K: Well, how does your day routine looks like?

A: Training in the morning, then clients, then training again. I love this way of life.

K ITM: All the talk is mainly about sports and at some point it became unclear to me why he came to this project.

K: Was there a relationship in your life?

A: Of course there was a bright, good, clean, pure relationship. I loved madly, I did some mad things.

He is telling her how he was visiting his ex-girlfiend in a hospital at night. Ksenia made a joke that she hopes his ex was not because of him in the hospital.

A: You know everyone sees some kind of aggression from the outside. But I'm not rude, not aggressive. (Yeah dude we already saw it in episode 2)

K: How long have you been together?

A: I understood for myself that the more I love her, the more I will lose myself. I do not know how to explain it. At some point I started to don’t care about sport and everything else. I didn't choose her in the end, I chose sport.

K: With that said, if now you and I are going to build a relationship and you get carried away with me, then we will face a fiasco?!

There is a switch to the guys. Nothing interesting happens there. Nasar is bragging about his one on one time with Ksenia. How near there were with each other and that he even wanted to make her a massage. Well Nasar being Nasar.

Back to Ksenia and Artem.

Artem is declining that it is gonna be a fiasco. He said that the problem was that his ex wanted for him to choose between her and sport. And he thought that it doesn’t make sense when your partner is not accepting you and your choice of profession.

K ITM: When there are prohibitions, some sacrifices for the sake of something, this is self-destruction. And the destruction of the people who are next to you.

She asked him if he has questions for her. He said no and that he don’t want to bother her any longer.

At the end Ksenia said in her ITM: I saw in Artem some oppositely polar qualities. Some kind of masculinity and strength and at the same time some kind of gallantry and tenderness