Bobette wrote:Surprisingly, after Locky's blazing trashpile of a season, it seems 2021 is still a go.  @GuardianAngel could we please have a thread for Bach AU Season 9? 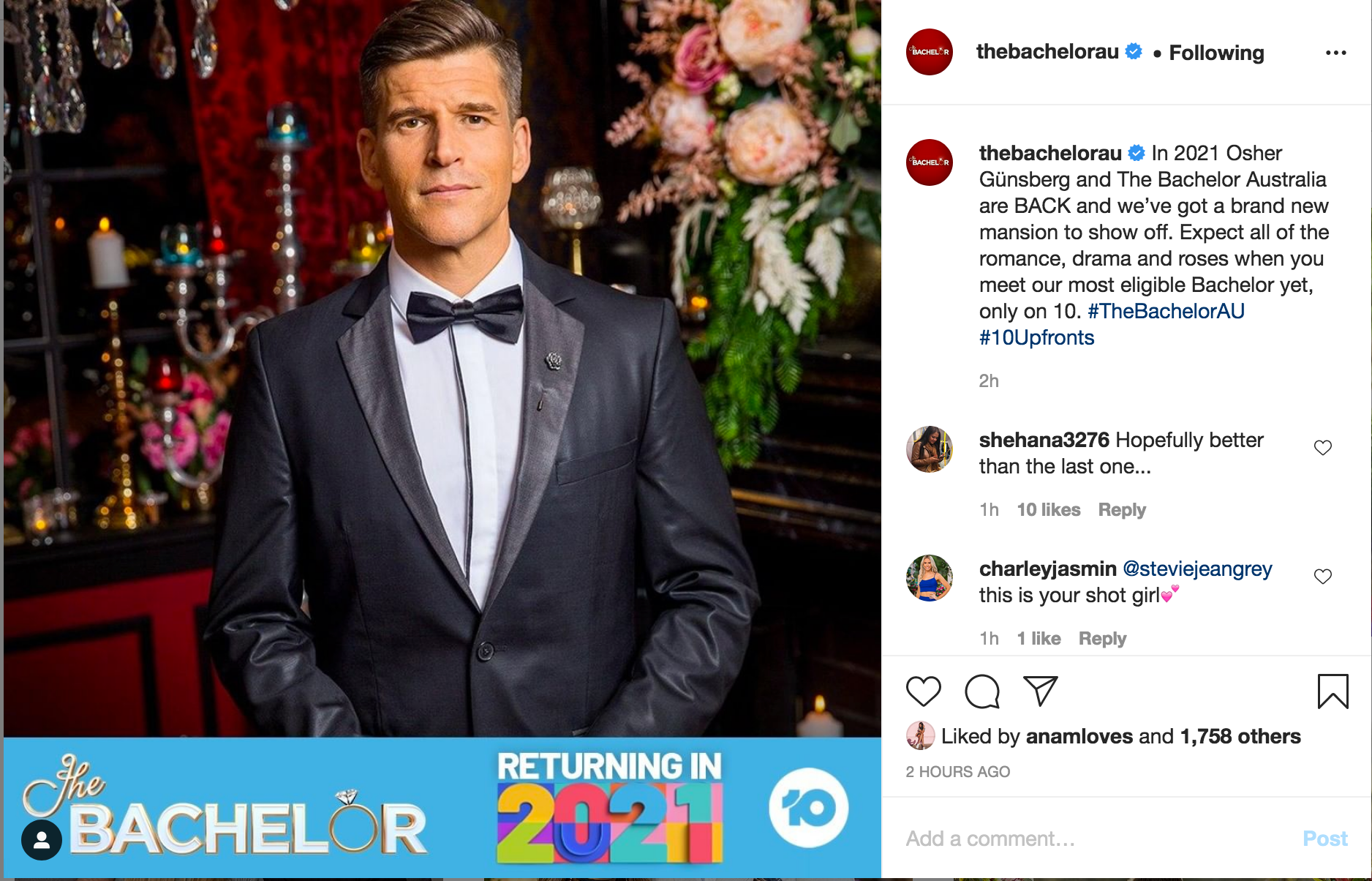 I am intrigued by their "brand new (probably cheaper

) mansion".  That sounds like something I'd like to sleuth!  Will be looking forward to the first pap pics.

It will definitely be cheaper IMO. Lower ratings this year, the general effects of Covid on marketing and advertising budgets in nearly all industries, and Ten's budget cuts all mean they'll be operating on a shoestring I reckon. I'm expecting lots of Kmart-level interior decorating and crappy dates and no good travel.

Enough wrote:None of these boys will be TheBachelor. According to Ten upfront, next year Bachelor will be the most eligible Bachelor we have ever seen. Who do they have in mind?
https://tvtonight.com.au/2020/10/upfronts-2021-10-live-blog.html

Bobette wrote:Maybe Doc Brown finally caved and agreed to do it - he's out of a job ATM with no Jungle.

My thoughts exactly @Bobette, if they’re bigging it up that much it has to be the Dr! Although the Jungle is happening this year, just saw it on Facebook, they’re apparently filming in NSW somewhere.

Enough wrote:Jungle is back. Will be filmed in Nov and air Jan 3. He still have The Living Room. If its him, I will stay clear of him. He can't seem to have a long term relationship.

If it's not the doc I really have no idea who they'd see as such a big drawcard. It won't be Jett Kenny IMO - he already turned it down once and his sister just died so he'd have other things on his mind IMO.

Must be someone they've never mentioned before surely because of the usual rumoured names none would justify such strong language IMO ("most eligible bachelor we've ever seen"? Go on then).

I am intrigued, but still expecting to be disappointed because, you know, it's TPTB.

Dumb wrote:Liam Hemsworth as the next bachelor?

Or the Lesser Hemsworth? Luke?

Bobette wrote:Any Hemsworth would do - even the fourth brother, Larry from The Good Place. He's fictional, but I doubt anyone would notice.

Enough wrote:The guessing game is on. What about Hugh Sheridan? A story on him on Stellar. He is attracted to both men and women. He is an actor so he will be comfortable in front of the camera

Bobette wrote:Hugh is definitely an eligible bachelor but after this year's disastrous seasons I don't think Ch 10 will be taking any big risks with the format - they'll be looking for a solid, back to basics season with an exceptional Lead, IMO.

Also I'm not sure how well a bisexual format would work - too much potential for ~ intermingling ~ between the male and female contestants IMO, which would take away from the main relationship. Ditto a gay or lesbian Lead IMO.

Bobette wrote:TPTB are now claiming they're having to change mansions because the paps know where it is and too many photos has spoiled the season.

Channel 10 recently revealed the 2021 The Bachelor and Bachelorette will be filmed at a brand new mansion.

And the reason why Warner Bros. and Network 10 have decided to ditch the $2.3million Oxford Falls property for a new location is to 'shake things' up after three seasons.

A well-placed insider tells Daily Mail Australia producers were 'tired of the show being spoiled by paparazzi photos', which revealed contestants and gave away storylines months before the show went to air.

While the sprawling property is four acres, the mansion was still visible from surrounding areas and easy to photograph.

The luxury mansion has added character to the past three seasons of the show - hosting bachelors Nick Cummins, Matt Agnew and Locky Gilbert.

The decision speaks volumes about Channel 10, with the belief that spoilers are the cause of the show's plummeting numbers in recent weeks.

According to TV Blackbox, The Bachelorette had just 464,000 metro viewers on Wednesday, and a total of 610,000 nationally.

To which I say:

1. No you idiots, it was your terrible casting decision for the Leads that ruined the season before anyone even set foot in the mansion;

2. There were barely any pap photos from the mansion anyway other than night 1, far less in fact than previous (successful) seasons; and

3. The paps will easily find the location of the new mansion anyway, and as soon as we get the first pic we'll be able to work out the address.

I think the reality is they just wanted to downsize to a cheaper location.

Sprite wrote:@Bobette What a load of bull. They are just trying to justify their horrible ratings. Not to mention that the betting sites pretty much tell you who wins regardless of any pap pictures. Maybe they should keep their mouths shut!

Dumb wrote:I've seen a lot of people say for Adam to be the next bachelor. He gives me Matty J vibes, but he's only 24. But, I'll magically increase my age by 10 years in 10 months and sign up if he's the lead.

leavers wrote:It will definitely be cheaper IMO. Lower ratings this year, the general effects of Covid on marketing and advertising budgets in nearly all industries, and Ten's budget cuts all mean they'll be operating on a shoestring I reckon. I'm expecting lots of Kmart-level interior decorating and crappy dates and no good travel.

I agree - I could see them going for a more contemporary Big Brother/Love Island style "mansion" decorated with those coloured LED strip lights that Kmart sells for $34.  Even cheaper than fairy lights and fake flowers.

You must be willing and available to be filmed for the duration of the series. Filming will roughly commence mid February to mid May of 2021 and may take up to 12 weeks.

So now that bachelorette is over, and I don't really know what to do with my life right now, who do we want as the potential bachelor 2021?

Well @Dumb if TPTB are to be believed, he's already been cast and he's exceptional.  Trouble is, after sleuthing this show for so many years, I don't trust their judgement, nor believe a word they say.

Bring some comments from the Bachelorette thread over.

Sprite wrote:@Bobette Give him time. [Jamie] can't keep his mouth shut. Of course, they could be bribing him. You know...another shot at love on BIP or maybe as the next lead if he is a good puppy and plays along.

He is delusional enough to buy it.

Bobette wrote:Alright you just need to stop it right now - don't put that notion out to the universe you never know what it might throw back in our faces.

Besides, the Bach Lead was apaprently cast ages ago and is "exceptional".  Looking forward to seeing what TPTB's definition of that is...

LOL...I'll be the judge of that! Rarely do the producers and I agree on these things. Same with that old crock "fan favourite".

Speaking of our "exceptional" lead, is it sluething season yet? I'm bored.

@butterflylove @Sprite TPTB's definition of exceptional is probably something along the lines of "has a paid job, no outstanding warrants and/or an active IMDB page" while fan favourite seems to mean "despised by less than 30% of viewers"

Genuinely curious to know who it is.

Sportsbet don't have a market for Bach even though they do for Bette, which films later.  I wonder if it's because, if the Lead has been confirmed, they'd have to either leave them off the list or give them super short odds so might not be worth their time & effort running a market.

When does filming start? I have a few people that I'm keeping my eye on.

@Dumb start of March if I'm correct. Locky was announced as Bach on March 4, so I'm expecting it to be similar this year too. Previous seasons, Matt was teased in March, but not confirmed until June; and Honey Badger was just announced in June. So actually, who knows.

Who's on your watchlist, @Dumb?

Jett Kenny's name was thrown around last year but he laughed it off as if he would never stoop so low.  Yet, he has randomly just started following Timm, which raised my eyebrows, esp since Timm's in VIC and Jett in QLD. 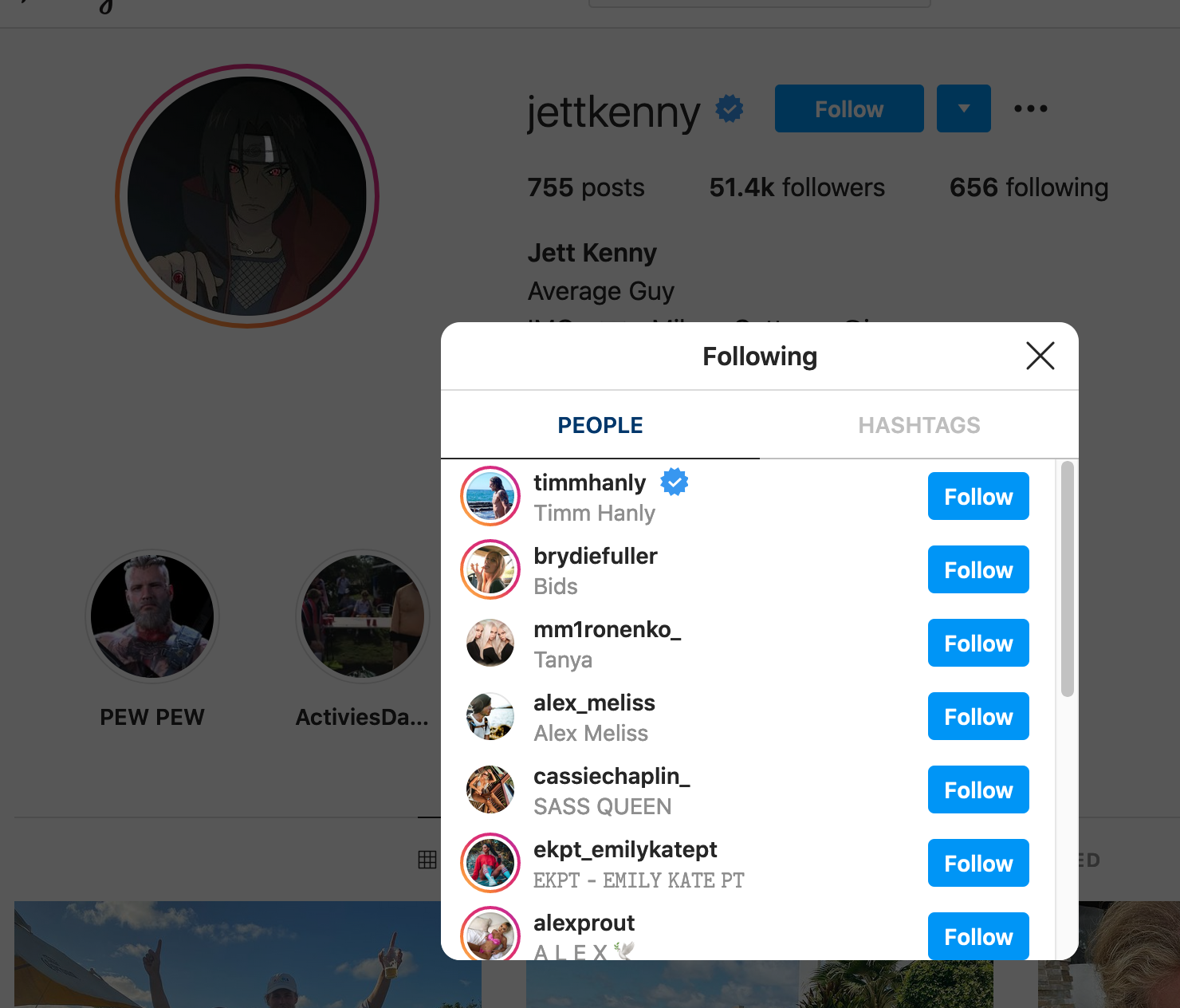 He does have a certain ~ exceptionality ~ about him with the AU royal sporting heritage and the whole face-and-body thing he's got going on, but I might be biased because the Viking look totally does it for me. 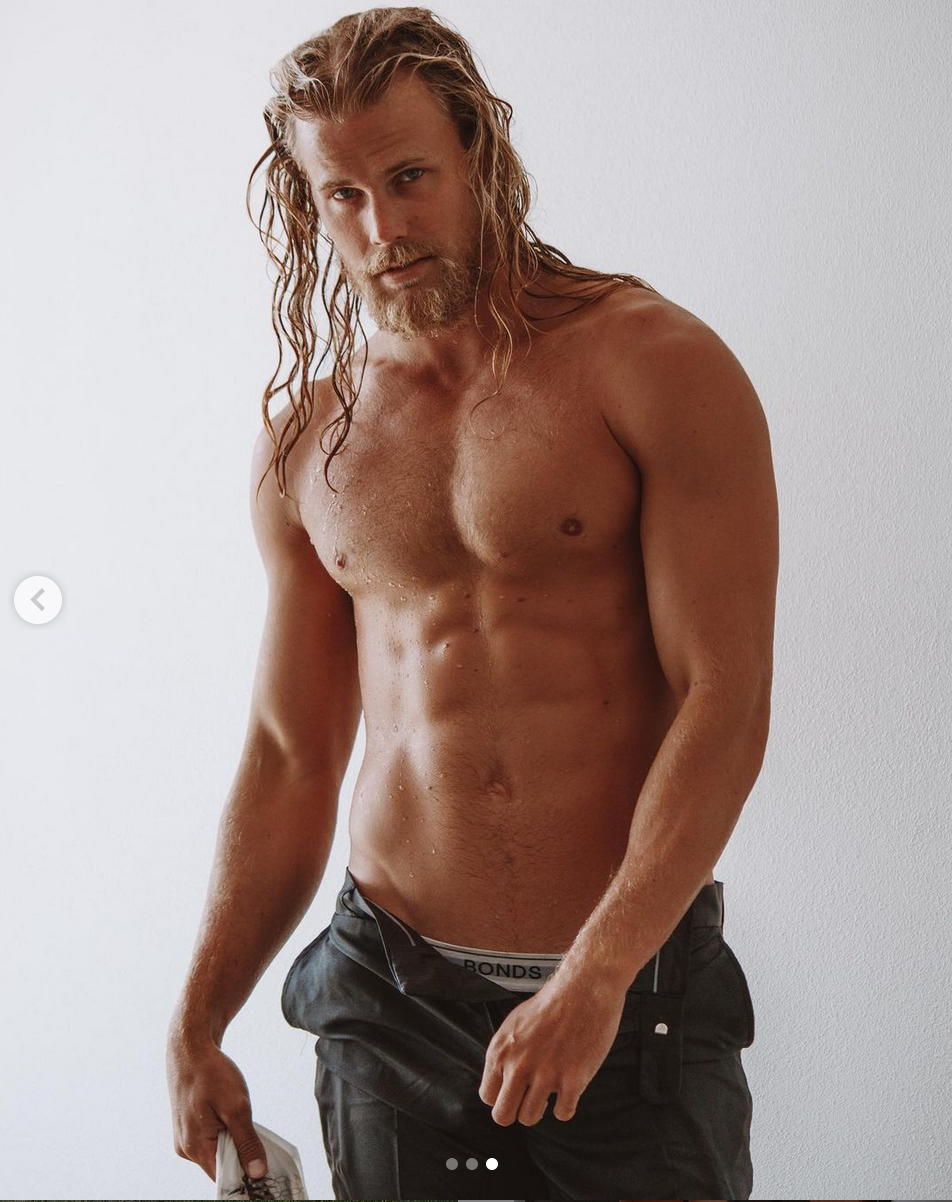 Regardless, if the Lead's a good one I'd expect them to announce him early to encourage applications.

@Bobette Yum! I know nothing about him, but just based on that photo I would be willing to give it a go. Yeah, the Viking thing does it for me too.