Found an old interview.  Father and Grandfather both pilots.  He started with REX and according to Linkedin, most recently worked for Jetstar.

Why I Always Wanted To Be A Pilot 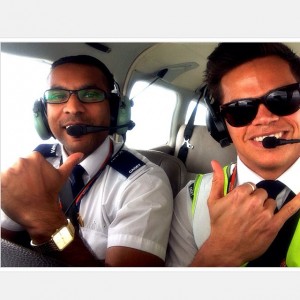 James Nicholson is only a few weeks away from completing his commercial pilot’s cadetship and was happy to sit down and have a chat about life as apPilot in-training.

Aviation is an industry that requires a lot of specialised knowledge, so if you’re interested in pursuing a career down this path then we wanted you to hear from someone who knows his stuff.

We asked James a few questions for all you aspiring pilots out there.

What made you want to become a pilot?

“My dad is a pilot, not a commercial one, but he worked for QANTAS and so did my grandfather. My uncle is also a pilot for another major international airline, so I grew up with it all my life. It’s a bit of a family tradition.”

Is it difficult to get into the industry?

“Yes and no. I applied to join the Australian Defence Force (ADF) and for a few commercial airline cadetships; I ended up doing a cadetship with REX.   As far as training goes, these are the institutions that you want to get into, but there are other options if necessary.”

“I’m in the final weeks of my training now, but in eight months you go from having no flying hours to full qualifications in less than a year. It’s the hardest thing I’ve ever done but it is very achievable.”

What’s the biggest thrill of the job?

“Probably the biggest thrill I’ve ever had was when I was really young and I got to sit in the jump seat on a QANTAS flight from Sydney to LA at night time. I saw the city at night and I knew it was what I wanted to do.”

What do you want to achieve in the industry and what is your dream job?

“I want to fly the 787 which is my favourite aircraft. It’s definitely the dream job, flying it on long-haul flights overseas. I’d also love to fly the massive Hercules planes that the Defence Force fly; the Hercules was a major reason I applied for their training.”

What’s the biggest misconception about being a pilot?

“A lot of people think that pilots just press buttons and put the plane on autopilot, and you can do that, but pilots really earn their coin in the last 20 minutes when they have to land the plane. It’s pretty full on and if something goes wrong you need to be all over it. This is what you train for and you can’t second guess yourself.”

What’s the toughest thing about your training?

“Probably the instrument flying I’ve been doing lately, which is basically flying without looking outside until the very end. There are lot of rules and tricks to learn and doing it without visual cues isn’t easy.”

Any advice for people looking into aviation cadetships?

“Speak to anyone you know in the industry, apply for anything and everything. With the interviews do your research and make sure you know everything there is to know about the airline and their aircraft, or if it’s the ADF know what type of aircraft they use and the kind of operations they are used in. ”

“If you’re still at high school, choosing subjects like maths, physics, engineering or chemistry will definitely help. But I didn’t do science, and I just did general maths at high school. It made it harder to get into for sure, but it didn’t stop airlines from hiring me, so don’t freak out if you’re not doing those subjects.”

A big thank you to James for answering a lot of the questions that we don’t have the expertise to answer ourselves. We’re sure a lot of you are relieved to hear that you don’t need to be the next Einstein to get into aviation.

“You’ll be interviewed by pilots, so they’ll be sitting there thinking ‘can I sit next to this person for 12 hours without them driving me nuts.”

So just play it cool and be yourself. As long as you work hard, things usually work out.

The bold surprises me; no spec maths or physics? I thought it was much harder than that to become a pilot.  Explains how Pete managed it guess.

Ok I actually find this article quite hopeful. He can string a sentence together, which is far more than I can say for at least the previous 2 bachelors.

Apparently he knows them all. He has dated Bella according to someone's comments on a post. 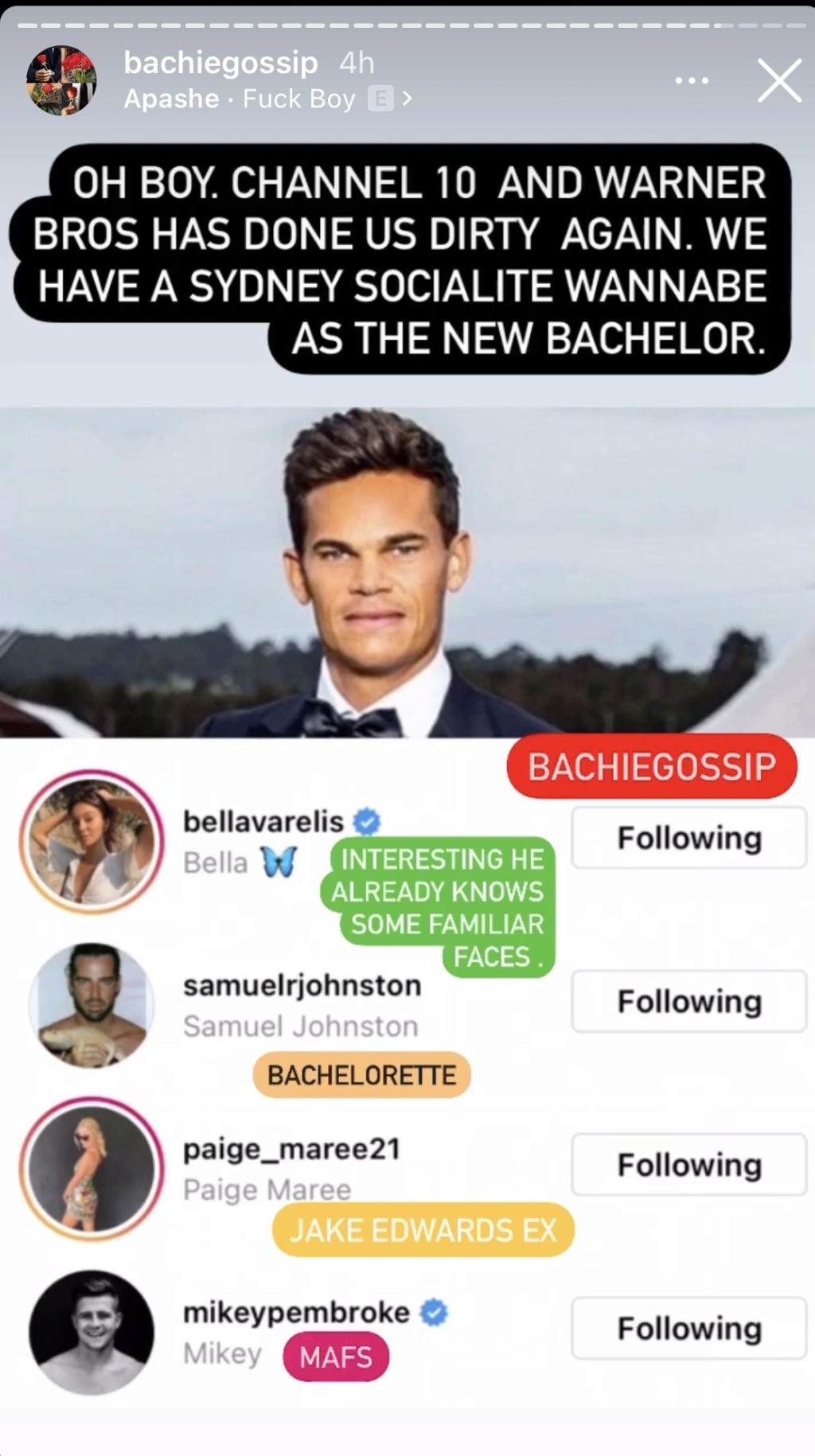 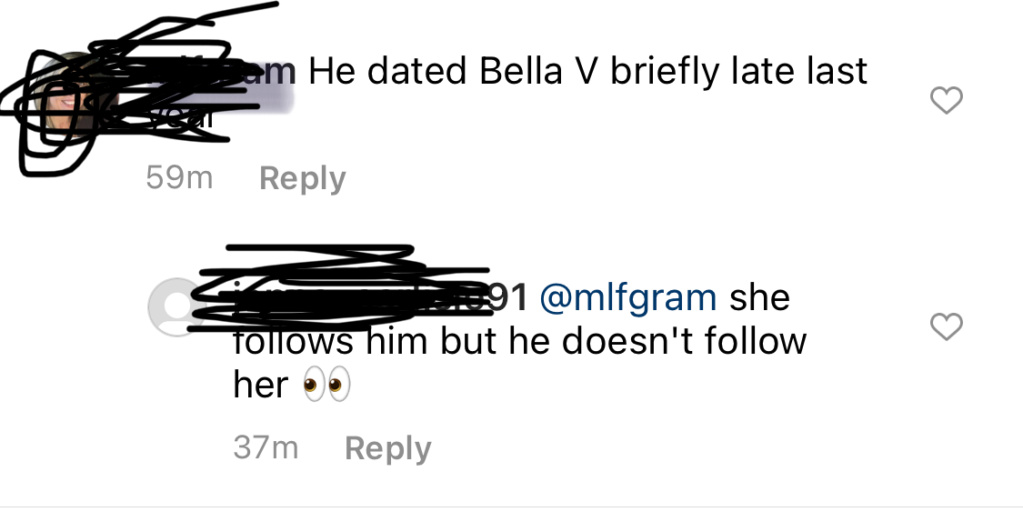 Sigh. I give it 2 minutes before she finds a way to make this all about her.

Bobette wrote:Sigh.  I give it 2 minutes before she finds a way to make this all about her.

The lad is in it for a blue tick.

OMG she is insufferable.

Also just pointing out that all the articles/interviews which came out today are suspiciously lengthy and informed; IMO the media were tipped off about Jimmy (and his social ~ connections ~) ages ago.

I'm also convinced the pap pics and "accidentally overheard" details about Sierra are a deliberate set up by TPTB to get early buzz for this season.  Makes me not want to sleuth anyone just to annoy them.

When Bella dates there are always photos circulating. Just trying to be relevant again.

PLEASE, I WAS SO LOOKING FORWARD TO THIS SEASON, BELLA SHUT THAT MOUTH OF YOURS, YOU CAN GO ON ABBIE'S PODCAST AND HAVE NOTHING TO DO WIH THIS SEASON PLEASE BELLA

I really like him for some reason, good luck to him and I hope he finds someone genuine.
Those shots from the bachelor did not do him justice, he's actually pretty hot. Or I've probably lowered my standards because I just moved to an all girls school and I'm straight. Hopefully he's actually smart.

Anyone know what state he's from?

the bachelor photographer did him dirty. he looks like taylor lautner in his own photos.

not a fan of the pilot career either but at least he's better looking than locky, matt and the honey badger imo.

Dumb wrote:I really like him for some reason, good luck to him and I hope he finds someone genuine.
Those shots from the bachelor did not do him justice, he's actually pretty hot. Or I've probably lowered my standards because I just moved to an all girls school and I'm straight. Hopefully he's actually smart.

Anyone know what state he's from?

My condolences re: the bold @Dumb.  I never understood the logic of single sex schools...

Anyway, he's a bit vanilla for my taste but will please the majority of contestants which is crucial to a good season IMO.

As @butterflylove says, he'd be from Sydney if he dated Bella since she rarely leaves Bondi.