I tried to embed the IG but it isn't working.

It’s also weird to me that people are upset about how overzealous Clare is about dale. Like if ur with someone you think is the one shouldn’t that be how it is. I also thinks it’s because the show shoved it down our throats the past few episodes and it’s been widely spoiled since July so people have grown tired. But taking that out of it, Clare is her own person and is excited about him and can act however she wants to. Clare said on their bhh episode about the hate that she knows she isn’t for everyone.

ETA: I think the ig won’t embed cause it’s a reel.

Dale did a live this morning but didn’t save it, someone who watched it on Reddit said He said Clare is going back to Sacramento, it's his last day too, they're gonna see one another very soon again. He knows people have opinions but they're happy and he's so glad to go back to his community and introduce her and not go through life alone after everything he's been through. Then she commented, he smiled, blushed and was a mess

then he signed off.

Hopefully people can stop trying to take Dale’s agency away like he had no choice and was forced into this.

I was skeptical of them at first but they are really growing on me! I wish them nothing but happiness!

thanks for joining. Enjoy your stay.

Deanna on here for the right reasons us weekly pod:
Deanna said when she got there the producers told her to talk to her as she has her eye on one person. She went there to encourage her but To Deanna it was obvious that she was really into him, so for Deanna what could she tell her becuz when she met Steven she knew he was the one. She said when she left she just figured they were going to continue on, she didn’t think what else they’d do. In her final itm, they kept asking Clare/dale and she could see they were trying to figure out what to do. She talked to Rachel shortly after she left because Rachel was supposed to come the day she left and she told Rachel it was gonna be Clare and dale. She said she doesn’t know what’s true about the spoilers, but the producers had to do something.
On Clare struggling through the sm hate, she said she felt really bad for her and that Clare was telling her she was just gonna delete her ig and twitter and that she couldn’t handle what people were saying and making up about her and she was just trying to support her.
She said her and her husband’s meet up with Clare and Dale was 3/4 hours long when they meant to only be there for 1.5 hours. She said they got together on Dale’s birthday and they didn’t want to encroach on their time together. She said there kind, and supportive to each other.

Just to add Dale’s sister Robyn put an ig story up of dale texting Clare Just after she left SD and it was so cute that right away they were talking.

I also happened to watch some of his live earlier this evening, and he mentioned he's couple a few days work in NYC, then he's headed west to be reunited with Clare (they're also hoping/planning to get away together somewhere at some stage and decompress - I did notice yesterday he followed a resort in Puerto Vallarta, but we'll see).


Bachelorette Clare Crawley Opens Up About Moving in with Dale Moss and Their Future Plans: 'Babies Are on the Agenda!'​ https://t.co/2lew4EFbNz

I wish them success in getting pregnant quickly.

Has anyone read the People article yet? Just wondering if there is any new info. 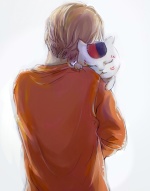 I got access to the digital. I’ll copy and paste some of the info.

“ She generated shock waves throughout Bachelor Nation when she left The Bachelorette mid-season after falling for one of her contestants, but Clare Crawley says she never intended for her season of the show to break the mold the way it did.
“I get that it’s not the traditional way the show has played out,” says Crawley, 39, who got engaged to former football player Dale Moss just two weeks into filming, paving the way for new Bachelorette Tayshia Adams to step in (see sidebar), the first time the show has ever had to bring in a replacement lead. “I’ve been through a lot to get to the point where I know what I want—and you can’t put a timeline on love. If being a woman who follows my heart and honors my truth is ‘blowing up’ The Bachelorette, then I’d do it again, every day.”
Adds Moss, 32 : “ I’ve never been afraid of commitment. And as soon as I met Clare, I knew I was going to go for broke. There’s no halfway. It’s all-in or nothing.” Indeed, the attraction between Crawley and Moss was tangible, sparked in part even before the couple had met face-to-face. Forced to delay the filming of her season due to the COVID-19 pandemic, Crawley, who was previously engaged to Benoit Beauséjour-Savard on The Bachelor Winter Games in 2018, was faced with the unique opportunity to research some of her soon-to-be suitors. “There were a lot of personal things on Dale’s Instagram that I connected with,” says Crawley, who, like Moss, lost a parent; her father, James, died in 2004, and his mother, Delores, in 2017. On the very first night of filming, meeting Moss “was like lightning,” she says.

I’VE WAITED A LONG TIME FOR THIS. WE ALL DESERVE TO FIND LOVE AND HAPPINESS’
—CLARE CRAWLEY
Despite her feeling so drawn to Moss, Crawley says, she continued to put “100 percent” effort into getting to know the 30 other contestants. “I took a lot of time to see what I liked and what I didn’t like, but it always led back to Dale,” she says. Ultimately “things started to make a turn by the last group date,” says Crawley, and when host Chris Harrison presented her with the plan that she break up with the other men to leave the show with Moss, “I was like, ‘I’m down for this,’” she says. “It may be fast for some people, but when you know, you know. And I wholeheartedly believed in what we had.”

Still, the hairstylist says she didn’t insist on a proposal. “Chris sprung that on us!” says Crawley. “Contrary to what it looked like, I’m not in a rush. And I told Dale that there was no pressure. He could have not proposed, and I would still be with him and love him as much as I do now.” Moss didn’t balk at the accelerated timeline. “I wasn’t stressed,” he says. “It’s nerve-racking and it’s scary to come into that situation, but when we felt it, we were no longer afraid. It was like, we’re here, we have love, and we are doing this together. We can figure everything else out.”
Now, months into their engagement, Crawley and Moss are even more in love. “Dale is the yin to my yang,” she says. “He balances me out. I was a complete woman before, but to have a man who gets you, that means everything.” The couple currently are house hunting in her native Sacramento (Crawley wants to remain close to her mother, who is living with dementia) and talking wedding plans. “We could go to the courthouse tomorrow and be happy,” says Crawley. “Whether it’s next week or next year, we have our whole lives together.” As for expanding the family? Says Crawley: “Babies are definitely on the agenda!”“