So I guess Zac is the song group winner as he got a rose, conveniently hidden on second pic

Is it Ivan in the tan suit with the rose too? 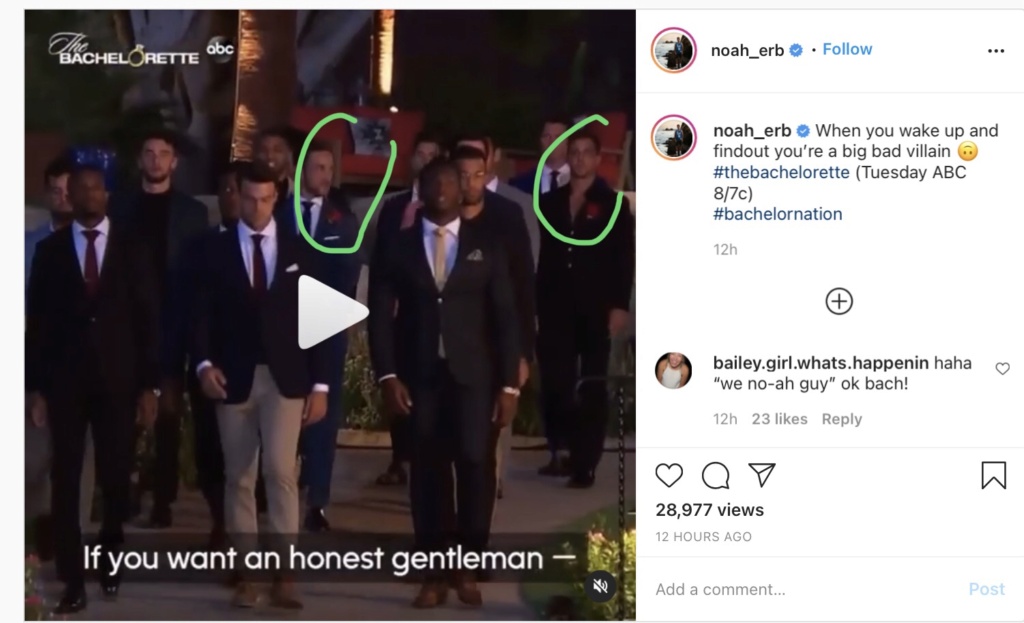 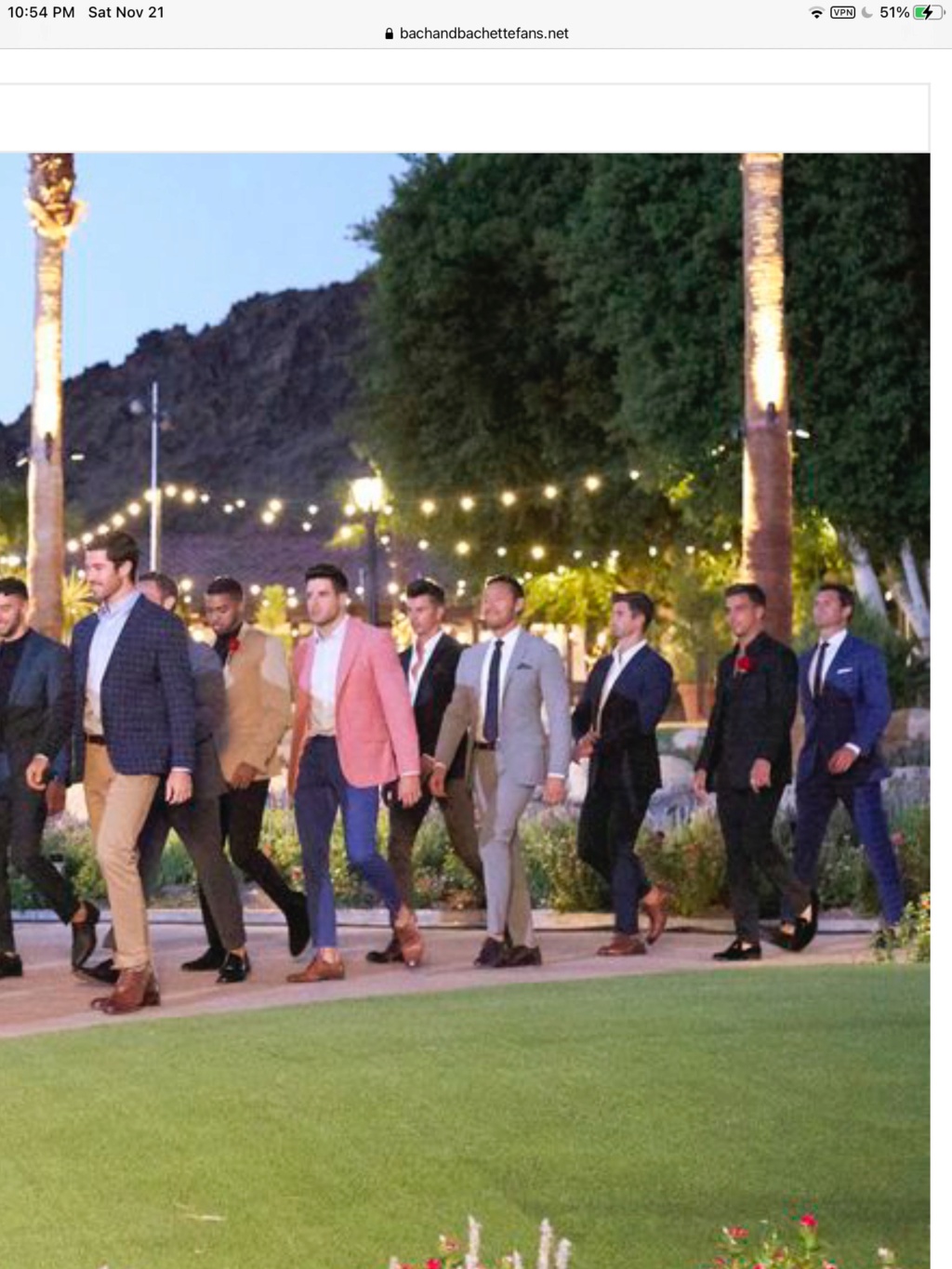 @frajosfanofchris wrote:Riley's IG Stories coming out from promo and hurry grab it!

Thanks for sharing. Looks hilarious

Ah! Thanks for the clarification

So who is the guy who had an emotional conversation with her?

@HEA I think it’s Ivan on the 1-on-1. I think they share their experiences being bi-racial. Ivan’s mother is Filipino.

@mbl wrote:@HEA I think it’s Ivan on the 1-on-1.  I think they share their experiences being bi-racial.  Ivan’s mother is Filipino.

I am very pleased this season. It seems that they all have depth.

So IMO a later 1-1 confirms Zac and Ben finalists no?

Looking at her body language, she seems very comfortable with Brendan. Jmo

I agree with this and want to add that the 7 who werent on the Wrestling Date def got the better end of the stick. They were allowed to participate as the audience in the Wrestling Date, compete for a 1 on 1, and the next day, do the Truth and Dare Date. That's 3 days of activities.

Damn what was going on with with that bachelorette promo?!

Credit to Reality Steve for the episode spoilers:

So the episode breakdown/spoilers for tonight goes like this:

The first group date is a singing competition and I use the word “singing” quite loosely. None of these guys can sing, yet, they have to write Tayshia a love song. The 7 guys on the date are Bennett, Ivan, Blake, Riley, Demar, Kenny, and Zac. Ivan ends up winning, which gives him a 1-on-1 later that night.

During their date, Ivan and Tayshia discuss both being biracial, as Ivan is Filipino and Black. Tayshia is Black and Mexican for those that didn’t know. Ivan tells her the story of his younger brother who went to jail for 4 years after he’d just had a baby, his child could only see him in prison, and the conversation got pretty deep. Ivan wanted to open up and Tayshia shared growing up in Orange County, CA where there were not a lot of mixed race kids, and she breaks down. Says it was very tough for her because she never saw anyone like her where she was. They talk about Black Lives Matter a little and she says it impacted her. Ivan gets the group date rose.

COVID really messed with the show this season because I can’t remember a full episode, you know rose ceremony-to-rose ceremony, where there wasn’t a traditional 1-on-1 date. Yes, Ivan “won” the singing date giving him the 1-on-1, but it was the same day as the singing competition, just later that night. So yeah, just weird. Anyway, the group date the next day, Tayshia is joined by Becca Kufrin and Sydney Lotuaco as it’s the same guys from the singing date, minus Ivan. The day portion of the date is the “dare” part that’s very “Fear Factor-ish.” They have to drink smoothies with insects in them, eat a jalapeno and fake propose to Tayshia, etc. The night portion is the “truth” portion, but it’s masked as the guys just getting 1-on-1 time. Zac gets the group date rose.

Later that same night, Ben shows up at Tayshia’s door to talk about why he didn’t talk to her at the wrestling group date after party. They hash things out and everything is ok. Remember the first couple episodes we jumped on Blake Moynes for being a producers puppet and showing up unannounced on group dates? Well, looks like Ed has stolen that title from Blake now, as he’s the guy doing what producers tell him now. Ed wanders off to see Tayshia as well, but knocks on the wrong room, and ends up at Chris Harrison’s room, where they end up having a glass of wine together. This couldn’t be more producer scripted if they tried. Really? Like he actually believed they were telling him where Tayshia’s place was? So dumb.

At the cocktail party before the rose ceremony, Noah tells Tayshia basically that some of the guys are giving him a hard time and it must mean they’re questioning her intentions when she gave him the wrestling group date rose (last week). We see Tayshia then upset and address the whole group at the cocktail party saying that she’s taking this very seriously and if anybody thinks she’s not, they can leave right now. We’ve seen this clip in the previews, and yeah, Tayshia is not happy at all. She kinda goes off on the guys.

Uh oh. Looks like America is gonna have a collective freak out that Joe Park has been eliminated. Brace yourselves.

But yaaaaaaaaaaay, we finally have an episode that ends with a traditional rose ceremony. Hopefully this gets us back on track a bit because it just throws everything off when they end episodes in the middle of a group date after party. So when you look back, this particular “episode” consisted of 3 dates – and they were ALL group dates. The wrestling group date (shown last week), the singing competition, and Truth or Dare. Yes Ivan had a 1-on-1, but definitely wasn’t of the traditional style where there’s a date card, it’s on it’s own day, it’s a whole day planned with then a night time dinner. Nope. He just got extra time with Tayshia at night after he won the singing competition. Meh. I’d feel a little screwed if I were him.