@notarose @BuckeyeGal thanks for the info! I checked their IG for any recent follow clues the only one that's recent is Abigail last followed Chris Conran who hasn't posted since May but he doesn't post often.

I'm really meh on Victoria being there. To me, her biggest problem looks-wise is her clothing choices. She often looks so frumpy, imo.

I'm more interested in the Bachelorette seasons but will watch anyway.

So now lets talk about “Bachelor in Paradise.” After being cancelled last season due to COVID, they are back in the same location down in Mexico, and filming began this past weekend. They will film for the next 3 weeks in June and it premieres on Monday, August 16th. “Bachelor in Paradise” as you know is an ever evolving cast. It usually starts with roughly 16-18 contestants, and usually 2-3 more of one sex, meaning the sex with the lower amount of contestants there are first to hand out roses. I don’t know which sex has more contestants there for original cast, and names will be ever changing. Remember, they now have FOUR different seasons of contestants to pull from who’ve never been in Paradise before – Peter’s Women, Clare/Tayshia’s Men, Matt’s Women, & Katie’s Men.

It’s impossible to know who they are going to choose to be in the original cast. But I would expect the cast to be released sometime in the next couple weeks. They always release the original cast after filming begins, and they leave out names of the current season airing (Katie’s Guys), until they are eliminated on her season. So what I’m going to give you here are a list of names you can expect to see down in Paradise this season. Some are already there, some are definitely original cast, some are on their way down there, and some haven’t left yet but you can expect to be down there. Remember, this is a show that by the end of the season, 32-35 people will have made an appearance at some point. So there’s a lot of people who will be on this show. What I’m giving you right now is NOT the full list. These are just the ones that I’ve heard will be on at some point. So please don’t ask, “What about so-and-so? Are you hearing about them?” The names I’ve heard up to this point, June 8th, are all listed below. Just because you don’t see someone’s name below that you either want to be on Paradise or they think might be, doesn’t mean they aren’t. I’m just giving you the names of the people that are either down there right now or are heading down there that I’ve heard. Also remember, it’s possible people are flown down to Mexico and then never make it on the show. So until someone walks onto that beach while cameras are rolling, that’s the only 100% confirmation of being on Paradise. So here are the names I have as of now:

Spoiler for Katie's season:
As for Katie’s men, that’s the group that I haven’t heard who’s gonna be on yet. Well, except for one guy I know for sure is already down there, which probably means he’s original cast. I said last night on Twitter I had a spoiler regarding Connor the Cat today. Well, that’s the spoiler. Connor Brennan (@connorfalcon) is going to be on Paradise and is down there now. “But Steve, he posted on his IG feed yesterday.” Yes, he did. Well, whoever’s running his account did. Social media activity is never to be taken as 100% confirmation of something. And yes, there will definitely be others from Katie’s season who will be on Paradise. Some I’m sure are already there right now and in original cast. I just haven’t confirmed anyone yet outside of Connor.

Some other “Bachelor in Paradise” notes:

-I have not heard if any “Listen To Your Heart” contestants will be appearing this season.

-I’ve heard that exes Kendall Long and Grocery Joe will both be down there.

-You probably saw the story last week that Chris Harrison will not be part of BIP and they will do kind of a rotating host thing with former alums and some celebs. The only celeb at this point who will host at some point is David Spade. For those that don’t know, Spade is obsessed with the Bachelor franchise, does recaps every week on his social and, well, definitely is friendly with a few females in the franchise. Nick and his girlfriend are down there to host, and Wells and Sarah are down there too. I expect the usual cast of alums to make appearances.

If/when I hear more names that are either down there or already back, I will let you know.

Natasha Parker just posted on IG, so she is gone already or someone is posting for her. 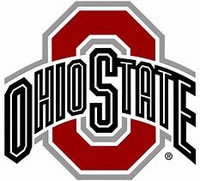 Does anyone else think that RS has less "insider info" than he used to? I am not really impressed with this BIP info. I think some of the Bachelor Alums know more spoilers/info than he does IMO.

I'm excited for these guest hosts!

I've been watching Tituss Burgess on the Unbreakable Kimmy Schmidt on Netflix, he's a real trip.

Lance Bass was on Instagram Live tonight saying he just flew back from Mexico today from guest hosting Bachelor in Paradise. I think that David Spade may have already filmed as well since his stand up comedy tour starts June 18 in Scottsdale. I wonder how this will all go. I wonder how much has been filmed already.

@suzq I'm going to guess they are half way through. They start the beginning of June and IIRC it ends the last week in June. sCMIIW

Since last weeks post of contestants that I expected to be on BIP at some point this season, we’ve got more to add to the list. Filming is only about 8-9 days old right now. So there’s been at least 2 rose ceremonies. Some people are already home. Some have made it obvious on their social media by posting videos of themselves. However, as the season goes on, I’ll spill what I know when I know it. And then hopefully get you as many spoilers as I can for BIP at some point. In addition to the names I gave you last week, here are some more people you can expect this season on BIP. They might’ve already been on, they might still be in quarantine waiting to be on, or they might be on as we speak. All this will get sorted out later. But expect these names to be there at some point:

Not every name I’ve given you the last 2 weeks are the only people who will be there. I don’t have every name yet, but, that’s over 30 I’ve given you so far, so that should be most of them. I’m pretty certain the ones I’ve given will all be on the show at some point.

I think most people’s first reaction to the new names above are Becca and Demi must both be there as host/bartender or something, right? No. From everything I’m being told, both are there as contestants to date. Which makes Becca the first lead to ever go on BIP to date after they were the lead. Kinda surprising she’d do this, but I’m not her. I’m sure she’s got her reasons.

I’ve heard rumblings of one couple so far, but don’t know how serious it is. Because we know that every new person that’s brought onto the show, comes in with a date card and asks someone out. That’s what causes the drama. Once I find out more about this couple I’ve heard of (which is from the two most recent seasons – Matt’s and Clare/Tayshia’s), I will let you know.

How long do you all think Paradise will be filming for?