I would like Renee as bachelorette.. I wonder if Ciran would make an appearance Lol. Anyway the pedestrian tv is also putting it out there that it is Renee and the source is a close friend. 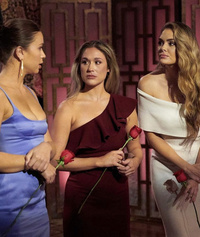 I spent like 20mins about an hour ago trying to skip with SD's podcast trying to find where she discusses our "confirmed" Bachelorette, and gave up when I couldn't find it

. Just needed to wait a little long and she'd put Renee in a post.

I'd be so happy with Renee as Bachelorette

. Her name has been thrown around since 10 axed BIP for this year. And I think it was @Bobette yesterday who said they should announce her early, I think so too. Take a lead for the US who announced their Bach waaaaay early, and then had a record number of applicants. We can do that too, and hopefully we'll be able to cast an amazing, diverse, genuine group of guys for her.

Well if it is Renee we totally called it.

And via logical old fashioned sleuthing too, not just being spoon fed by a "source" (which is 100% Sam Royce IMO - girl has already shown she CANNOT keep a secret and her SM slipups gave us a tonne of info for BiP).  Renee moving to Melb is interesting since Ciarran lives there, and I wonder if Sam will follow so she can ride Renee's coat-tails a little longer...

Anyway, Renee is a good option and has earned the gig IMO.  She went through the whole application palava for 0.2 mins of airtime on Matt's season, and gave TPTB plenty of content for BiP.  I'll be interested to see her selection of guys.  Between Ciarran and Matty she clearly isn't into suited business types or PTs.  Hoping TPTB come through and give us a few different/quirky guys like Angie's season.

ETA:  The Wash also now all but confirming Renee.  The comments make for an interesting read.  Most people want Britney but I don't think they've really thought it through - I like her too but she'd be super awkward on camera and wouldn't appeal to the "average" contestant IMO.  Brooke seems to be second most popular, closely followed by Renee.  Zero comments by people wanting Bella. 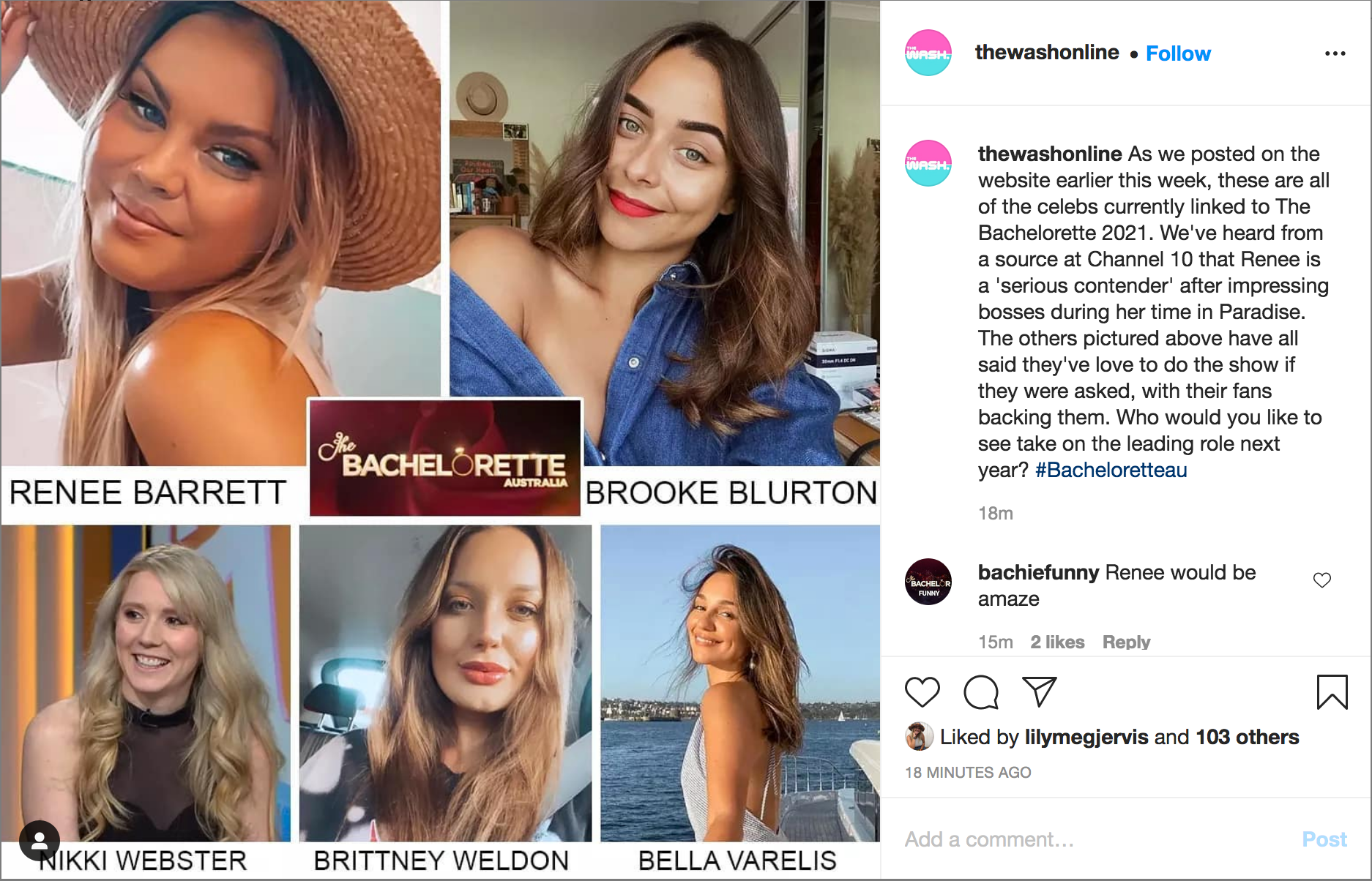 What is with Brooke's eyebrows? They alone should eliminate her. Don't even start with Bella.

I wouldn't be adverse to Brittney, but I can see Renee being a decent pick. None of them them really wow me.

They haven't announced who the next Bachelor is yet. They'd be months away from announcing the next Bachelorette; don't they normally do that around April-ish? I wonder if this is all just red herring and PR.

leavers wrote:They haven't announced who the next Bachelor is yet. They'd be months away from announcing the next Bachelorette; don't they normally do that around April-ish? I wonder if this is all just red herring and PR.

Nope, but after how poorly received and watched Elly and Becky were, producers will definitely be trying to get a feel early of who the public might like / anticipate as 'Ette.

I don't think the general public should be trusted. 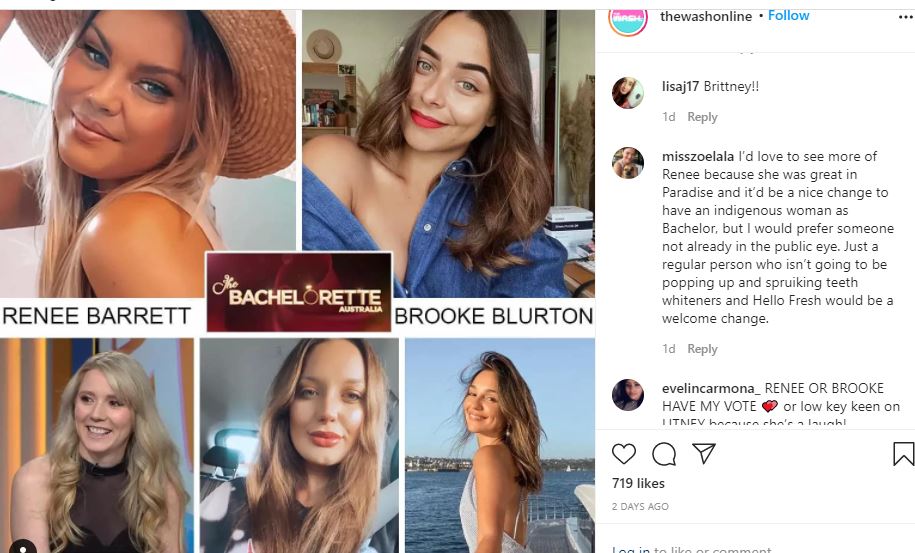 Hahaha that comment. But honestly, why'd they have to come at HelloFresh

, I love getting those boxes.

@Dumb yeah I know.. I just think Hello Fresh is the least annoying of some of the products influencers try to shill. A lot of my friends, work colleagues, we all use HelloFresh, so it doesn't bother me, and I've used discount codes from Bach people because I want that product for cheaper

. What bothers me is when they become all about the influencing, and they lose their authenticity. They need a balance. What bothers me even more so, and it's taken a few days to articulate, is Jamie's message. It reads as him trying to be self righteous, when we all know he tried to leverage being Bach as a way to drop his suit against WB.