@Agent99 wrote:Eek it says they are up on Bach Archive, but you don't want to press that play button

Oh really - virus?  Better to stick with SHV then IMO.

Possibly, or hacked.  I went to watch Michelle's and it redirected me to C**tEmpire

I did notice before it went down there had started to be some ~ interesting ~ ads in the sidebar.  They might have gone to the dark side for advertising revenue.

I'm about to watch the first episode now (though as always, more interested in the sleuthing than the actual show

)  Will you be watching or just sleuthing @Agent99?

I did notice before it went down there had started to be some ~ interesting ~ ads in the sidebar.  They might have gone to the dark side for advertising revenue.

I'm about to watch the first episode now (though as always, more interested in the sleuthing than the actual show

)  Will you be watching or just sleuthing @Agent99?

I'm still watching, but just for entertainment value. At this early stage, that looks like it might be Konrad

. I honestly don't know why I can't get enthused about Brooke. I follow her on sm, but her content is so meh that I scroll past it. Has she got a job or is it just the gram? Maybe I will be surprised, but not holding my breath....

@Agent99 Not a huge fan of Brooke myself but the mixed gender cast is a novelty I couldn't resist.

And yes Konrad looks like he will be good value for facial expressions if nothing else.  Actually, I feel a change of Avatar coming on...

.  Konrad's facial expressions and lopsided smile is giving me life.  I hope he stays on the pure path and doesn't go the way of Timm and Ciarran. 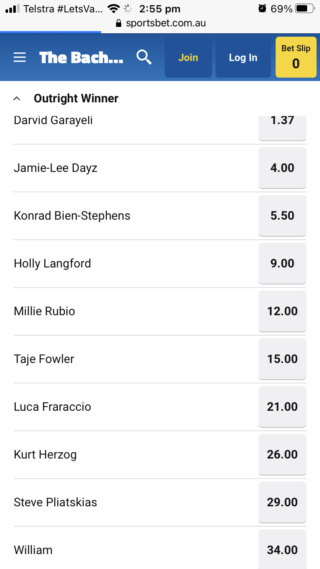 Any chance this is the elimination order ? I could see JL being f2 if she stays around. Wouldn’t surprise me if she was recruited as the backup plan. Brooke has been liking some of her posts which imo is suspicious regardless of them knowing each other prior. ‘Remaining friends’ I’m so keen to see how Producers play out the f3. Only thing keeping me interested. Pity about the drama as imo Konrad, holly, Millie and Darvid seem like interesting people. Again we know nothing about them. Imo the lack of substance is what has been missing in recent seasons. Hard to support people u know nothing about. Happy weekend.

I'm still on the Darvid & Holly F2 train, and the finale being set up as "heartbreaking" because they're both "softer" souls and had that early, strong lasting connection. I've also noticed in the last few episodes the lil friendship Darvid and Holly have which I wouldn't be surprised if producers played into a bit towards the tail end.

- to me she's come across so fake, and a reason I hate past contestants coming back to the main show. If something was going to happen, it would have happened off-screen in the 3 years, or you would have gone to Paradise the year Brooke was on it.

Konrad rounds out the F4 for me, with Millie in 5th.

I was convinced Holly was F2 as well until we found out Jamie Lee was the one "cheating" - would be very handy to take her to F2 and use that to justify Brooke not picking her, thus making Darvid look like the "only real option" to fend off queerbaiting accusations.

Very reminiscent of the way in which TPTB threw "lying" Jay and "clingy" Brooke under the bus to make Jimmy's choice of the rich, white blonde woman more palatable to the audience, dontcha think?  Seems to be a new ploy they're going with of late.

Jamie Lee comes off as fake to me too.  Her appearance was just a storyline and they both knew it IMO.  I haven't seen any genuine attraction from Brooke towards any of the girls, and if/when she splits with Darvid she'll continue to date alpha male footy types, IMO.

Not that it matters whatsoever, but Sportsbet have shortened Darvid down to $1.33, and Konrad is now 2nd, with Jamie-Lee "blowing out" to $7.50 and third. 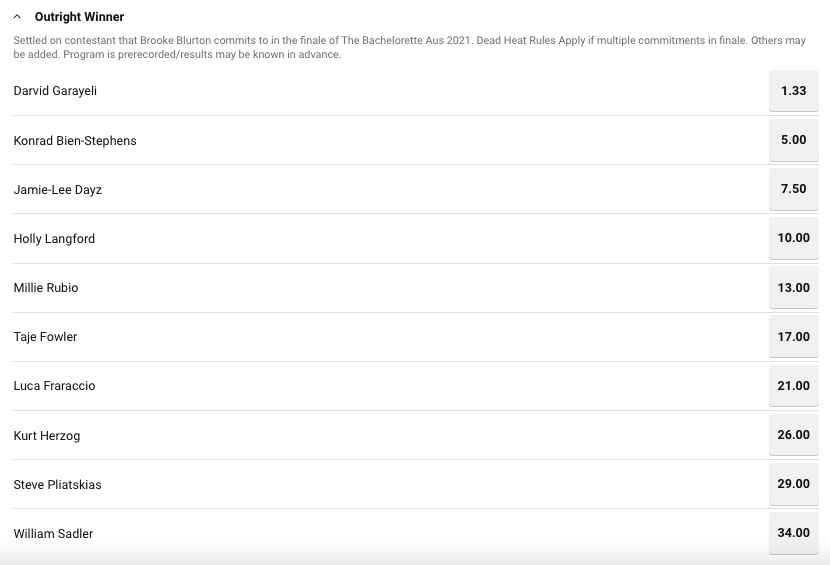 At least they added Will's last name. Only took a week and a half.

Hahaha. As soon as I saw this article earlier I rolled my eyes

. She hasn't been 25 in nearly a year, people (cough Megan cough) love to bring up such old and irrelevant news to try and make a story. 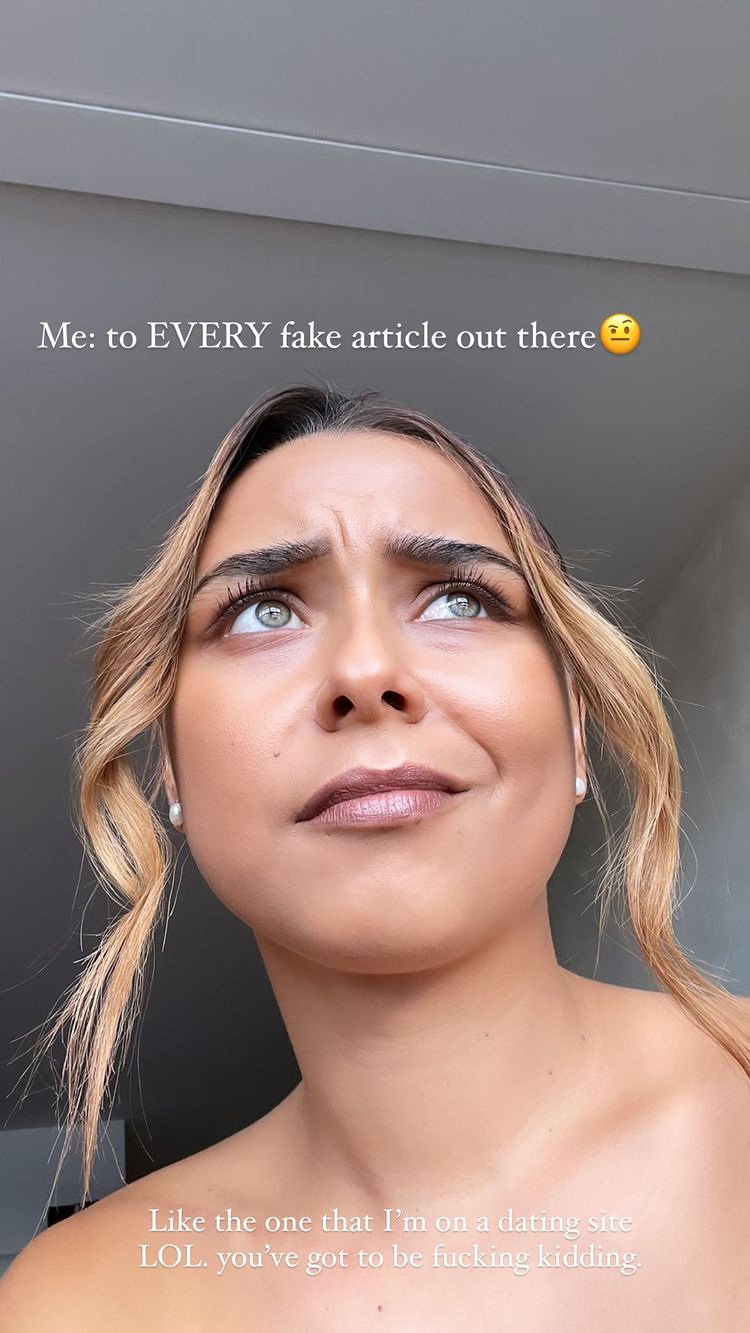 Also completely not fair that even at an unflattering angle, she's still gorgeous!

Speaking of SD, she's saying JL is F2 (which I think most of us were expecting now that they've established the convenient Ryan excuse for not picking her

) and that Holly and Millie paired up post-show.

I'll be interested to see if this one is true - Millie seems.. uhh... can I say "legit gay"

and I'd give that pairing way more credibility than the previous IMO fake relationships between female contestants.