I would have preferred Abbie over Elly & Becky but her ship has sailed IMO and after IACGMOOH her ego will be off the charts - Renee's still a better option IMO.

Looks like a done deal. Interview with Abbie to-day:

We love to see it! So a stint on The Bachelorette is a definite no?
Noooo definitely not this year, I think this year there needs to be some diversity on the show.

Uuuggghhhh "not this year".  So backpedalling already; she'd clearly do it if offered IMO and that comment about there needing to be diversity makes it sound like she's stepping back and gifting the role to Renee, not that TPTB chose Renee over her, which IMO they already had last week when Abbie said she'd "never" do it.

I've always had this sneaking suspicion that she and Ciarran never actually broke up and have just been using the show for publicity with the aim of "re-connecting" later on when they had milked the cow dry.

These comments make me think he was meant to go up for Valentine's Day (Sam R openly refers to Ciarran as "small dick") but couldn't because of Vic's unexpected lockdown and NT declaring Melbourne a hotspot.

Framing it this way would be another feather in her cap for Bette ("freshly heartbroken") and the fact that there hasn't been any sign of a new man makes me think it was Ciarran, and they're hiding it.

Still expecting her to be Bette but she needs to be careful IMO (unless TPTB know and don't care). 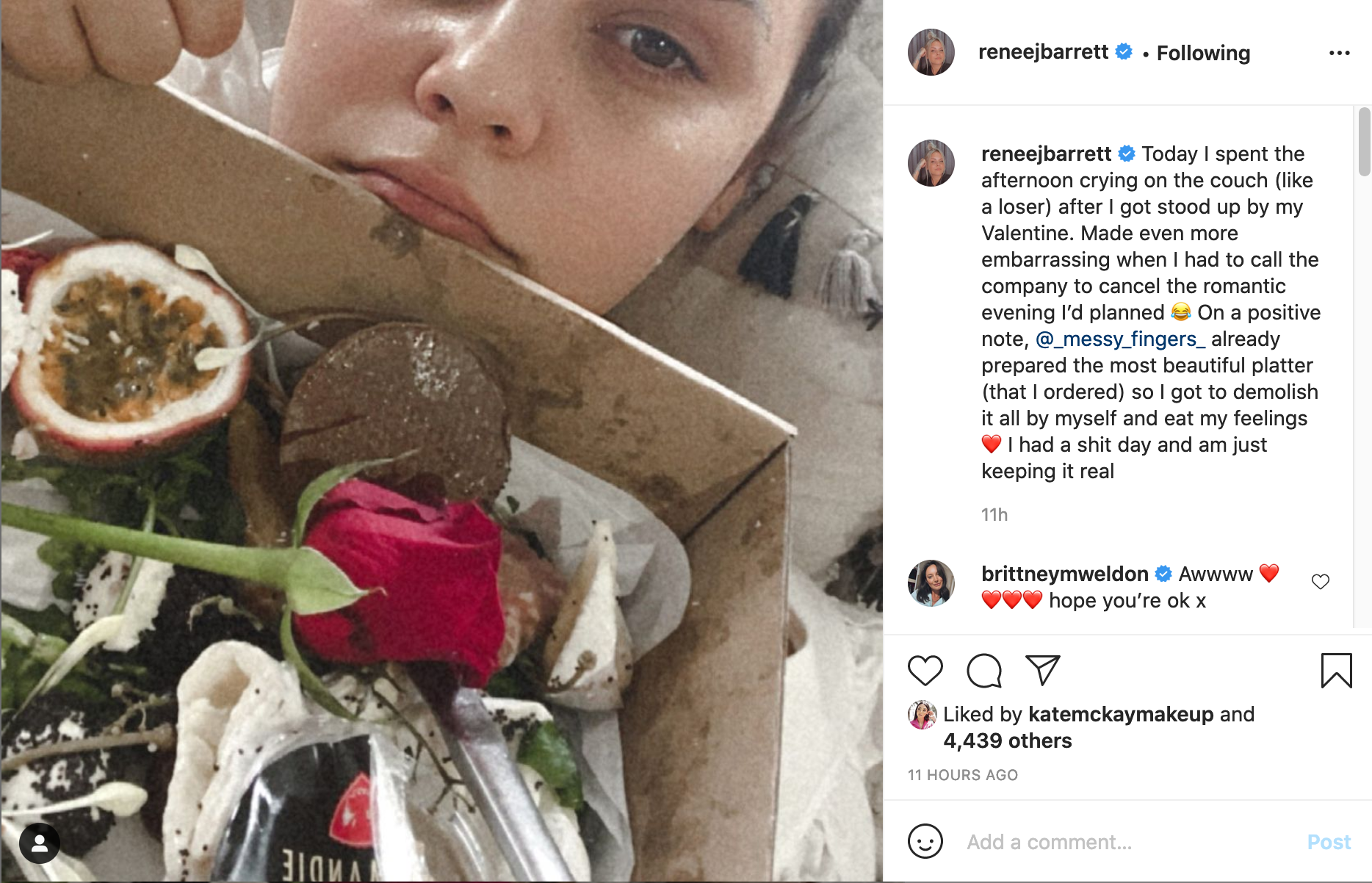 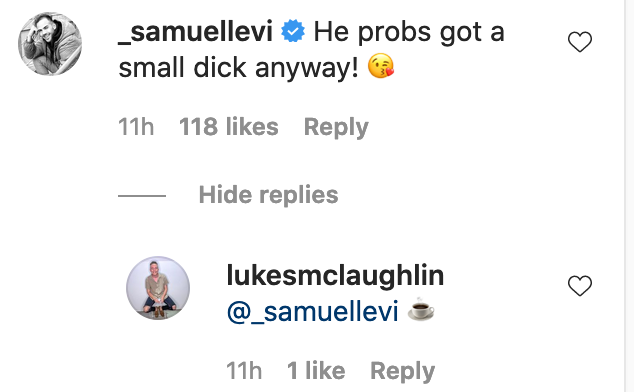 I like your conspiracy theory @Bobette and it sounds plausible for these people IMO (by these people I mean this whole bunch of Angie/Matt contestants). It would annoy me if true and if she's cast as lead and ultimately it's a joke and she and Ciarran just get back together after. With the US version of the show a hot mess and the Australian version just really scraping the bottom of the barrel in terms of casting, I feel like the show in general needs a huge reboot. Maybe just a time machine to go back to pre-Insta?

@leavers Yeah I just feel like she's such an attention seeker if there WAS a new man she would have been parading him around or at least hinting and unless I've missed it, there's been nothing.

My working theory is they never really broke up, Ciarran pulled out of Angie's season because he could tell he was going to win and didn't want to fake it with Angie (like Frazer got stuck with Elly, IMO).

This is backed up by the fact that he & Renee immediately hooked up again and went to Bali.  At this point they were probably offered spots on BiP and were told by TPTB to keep things on the DL, IMO.

So then they go on BiP, Ciarran gets the villain edit and Renee the sweetheart/victim edit plus bonus short-lasting relationship with a mate (Matty) which I still maintain was a pre-arranged showmance.

Meanwhile, Ciarran gets slammed on SM and girls now think he's nasty but who cares because you've got that sweet fame you wanted and the girl you really like (Renee) doesn't care because she's in on it.

TPTB want Renee for Bette, because she gave them good content on BiP and they desperately need her to address the diversity *issues* plaguing the franchise.  The obvious catch: she needs to be single.

So she and Ciarran stay on the DL, hook up when borders allow, and Sam R and others know all about it but they keep their mouths shut because her Bette fame will have flow-on Instabenefits for them.

IMO they are both playing the long game, using the show to get famous, and airing their relationship history and watching each other hook up with other people on TV is NBD and actually a turn on for them.

I rest my case.

I think *edit* she is human, she is allowed to date and she seems to be really pushing for 'honesty' on her gram which is kinda nice. She also seems to be very private which is annoying for us hahah!

Renee can, of course, date or not date whoever she wants. Bachelorettes aren't meant to have boyfriends though, you know?

Merely a friendly note to Renee (or indeed anyone else who tptb sees as a potential lead) that it'll go down like a lead balloon with the viewers if they get even a whiff that the whole thing is insincere. I don't think the franchise can handle another low-rated season, or another season where the lead dumps their fake F1 within weeks of the finale.

Do we even know that she has been 100% confirmed? I think so far it's just speculation coming from a podcast and media outlets?

Totally agree with you!!! Last season was an absolute FLOP. I just hope whom ever they decide to go with is actually genuine and brings some diversity! (my fingers and toes are crossed)

bachfan101 wrote:Do we even know that she has been 100% confirmed? I think so far it's just speculation coming from a podcast and media outlets?

Totally agree with you!!! Last season was an absolute FLOP. I just hope whom ever they decide to go with is actually genuine and brings some diversity! (my fingers and toes are crossed)

Nope.  And the media/podcasts usually get their ideas from us so their speculation is moot IMO.

She wouldn't be confirmed or signed to a contract yet, because there is still time for her to mess up (almost did over the Xmas/NYE period but intel suggests she opted to make a hasty getaway from the drama) or for someone from the next Bach season to blow everyone away and have the audience screaming for them to get the role.

But she's behaving suspiciously well (her IG is WAY more measured/less trashy than it used to be) and her odds are low on Sportsbet so she's definitely in the running IMO.  I suspect TPTB have told her to fly low, keep her nose clean and not announce any new boyfriends (regardless of who she's hooking up with behind the scenes).

She's got the perfect back story; quickly ousted from Matt's season, but her association with Ciarran kept her in the news.  She was happy to air her dirty laundry on BiP (which TPTB love) was portrayed as Ciarran's punching bag, made it to the finale, and then "wronged again" when Matty "dumped" her for that Love Island chick.

And on top of all that, the one very big reason they'll want her, IMO: much-needed Diversity.

@Bobette I've forgot why does Renee tick the diversity card?

I guess when a show is criticized for not casting minorities, I expect them to cast a visible minority. She doesn't exactly scream that to me. Kind of like when they cast Jaun Pablo.