To clarify, this was sarcasm and I am personally not shocked at all. I want to feel bad for Clare but at some point you need to gain some self awareness IMO and realise that things aren't working out for you for a reason. Obviously even if she had done the show the 'correct' way it wouldn't have guaranteed a happily ever after but I think she'd have given herself a better chance than doing what she usually does and deciding she was in love with someone she barely knew 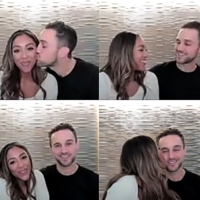 According to Dale's Instagram, he and Clare have broken up if someone wants to bring it over. Thanks!

I hope for her sake that Clare is done with finding her men on TV. It’s sad, really. Fortunately they made the right decision before they got pregnant because they sure seemed to be fast tracking that. They’ll both be fine. On to the next...

It was clear *IMO* Dale didn't like Clare as much as she liked him. However she did come on too strong by not giving the other guys a chance as well. Sad for Clare and I'll always be rooting for her to find her person.

There are relationships that break up everyday. Weather they are together for 30 years or 3 months. I don't blame them for trying and enjoying the feelings two people experience in a new relationship.

I enjoyed it while it lasted because it's always a good thing to watch love. I know that none of these couples out of this franchise is a for sure thing, just like any other every day marriage or relationship.

I wish them both well.

@GuardianAngel wrote:There are relationships that break up everyday. Weather they are together for 30 years or 3 months. I don't blame them for trying and enjoying the feelings two people experience in a new relationship.

I enjoyed it while it lasted because it's always a good thing to watch love. I know that none of these couples out of this franchise is a for sure thing, just like any other every day marriage or relationship.

I wish them both well.

I'm deceased. This man signed his name like an autograph in the break up statement on his IG story

Least shocking breakup ever and I'm only surprised Dale stuck it out this long (contract maybe?).

Clare was WAY too intense and the dynamic in the relationship was completely off from the start IMO.

Clare Crawley and Dale Moss have reportedly called off their five-month engagement.

The news was shared by PageSix which added the couple decided to end their relationship only 'last week.'

TMZ added that it was Dale who wanted to end the romance and he asked for the split only 'last weekend.'

Earlier in the day E! news, broke the news that the 32-year-old former NFL wide receiver and the 39-year-old hair stylist were 'taking some time apart.' A source added that the two had been 'fighting a lot.'

The duo became engaged on season 16 of The Bachelorette with the proposal airing in November.

PageSix added, 'There’s a whole bunch of problems between them. I don’t know what the specific breaking point was, but she wants him to move to Sacramento and he’s not crazy about that. She wants kids right away, he doesn’t.'

E! made it seem as if there could have been hope for the couple.

'They are mainly in disagreement over lifestyle preferences. Dale wants to be in a lively city and focus on his career, and Clare is rooted in Sacramento to help care for her mom. It's been very tense recently between them,' the insider said.

Lately he has been in NYC while she was seen in Northern California.

Moss cares for Clare, but feels 'he's rushing into something he's unsure about.' It was added, 'They are both still getting to know each other and figuring it all out.'

And the friend noted, 'They've decided to take some time apart for now... They are still figuring out the logistics of their relationship and if they will stay together.'

Struggling: 'They are mainly in disagreement over lifestyle preferences. Dale wants to be in a lively city and focus on his career, and Clare is rooted in Sacramento to help care for her mom. It's been very tense recently between them,' the insider said

Last week he gushed about his love. He appeared on the Raising the Bar With Alli and Adrian podcast as he said that he had never signed up to be on the ABC romance competition reality show but was nominated.

Moss said: 'Now, I could have never planned what happened because I was nominated.

'I never actually signed up. And I turned it down over, and over, and over again. And I actually finally committed to it four days before everyone was supposed to leave for the show.

'And the only reason I committed to it was because Clare was announced as Bachelorette at that time.'

He insisted that he didn't ever seriously consider throwing his name in the hat until seeing Clare on television in March 2020 and feeling like he had to meet her.

The former pro athlete said: 'She was so confident and passionate about it.

'And I know that she had been through this before, but I felt by watching her that this was her time and she was exactly where she was meant to be.'

Hugs: She was last seen on his Instagram page on January 5 in a video; here they are seen on December 31

Things seemed to be going swimmingly between the engaged couple as they even took a 'monumental step' in their relationship as hairdresser Clare gave Moss his 'last haircut of 2020' weeks ago.

Sharing a photo of the pair at Clare's former place of employment, the De Facto Salon in California, Moss was ready to enter a new year with a fresh look as he placed his trust in Crawley.

Moss posted a mirror snap of him sitting in the hairdresser chair in a smock with black jeans.

An eager-looking Crawley stood behind him in a pair of leggings and a white shirt with her razor in hand.

The former football wide receiver and model rested his hand on his locks as he gave a grimace.

Shocking: Moss famously proposed to Crawley very early on in the season

He captioned the photo, 'Today is a monumental step in @clarecrawley & my relationship.

'Her first time ever cutting my hair and my last haircut of 2020! #NewYearNewMe #winning.'

Sharing some behind the scenes footage on his story he told Clare, 'You're making me nervous,' while joking that it may 'turn into an argument.;

She said, 'No it would never turn into an argument,' while lovingly putting her hand on him.

He wrote on the video that his 'trust level' was '100' as he teased getting his fresh cut.

Clare then moved onto the shampooing stage of the process as he made a Beyonce reference and called himself 'Dalé with the good hair.'

The two spent the Christmas holiday in his hometown of Sioux Falls, South Dakota.

Snip snip: Things seemed to be going swimmingly between the engaged couple as they even took a 'monumental step' in their relationship as hairdresser Clare gave Moss his 'last haircut of 2020' weeks ago

Crawley said, 'I pray that no matter what these holidays look like for you this year, you are able to share + feel the love regardless of circumstances!,' while posting a snowy kissing snap.

And they were also seen looking very much in love on New Year's Eve.

And since then the pair has shared loving images on social media.

Speaking about their whirlwind romance to People, she said: 'This is the happiest time in my life.

'Everything [since] has been even more reaffirming of why I chose him.'

Trust: A little hesitant Moss said 'You're making me nervous,' while teasing it could 'turn into an argument'

Moss added, 'We have love and we have the foundation and we can figure everything else out.

Crawley fell head over heels for Dale within the first few episodes of the season.

Then she made it known she had no interest in pursuing any of the other men which culminated in a swift proposal.

He wanted out: TMZ added that it was Dale who wanted to end the romance and he asked for the split only 'last weekend'

Tayshia Adams, 30, was ushered in halfway through the season as the new Bachelorette.

'Everybody is so deserving of it, and I really do hope she finds her person and she has the beginning of an amazing love story.'

They have not been seen side by side in over a week.

@dee wow, that is so sweet. I like that he did that, his words, confirmed by a signature. It got cut off in his IG post but it's there in his IG story.

@Bobette I don’t think so. People on reddit started noticing things a few days ago. They were on vacation with Dale’s family. Then the day after the vacation was over, Clare and one of Dale’s family members unfollowed each other. That person then posted an IG story that said something along the lines of “yeah unfollow all of us” and a few more stories that seemed directed at Clare. The person went private after reddit picked it up. Then Dale’s comment on a post of Clare’s from a few days prior was deleted (not sure of Clare or Dale deleted it). Something clearly happened on that vacation that was the last straw. Jmo.

Maybe no contract then but IMO it was only a matter of time before Dale pulled the pin.  I didn't follow them post-show but even from watching them on screen it was obvious she had completely idealised him and already had their entire future mapped out, as if his actual persona and plans for his own life were irrelevant IMO.  She saw it as HER story and HER happy ending, and didn't see him as an individual in his own right IMO.

Since Clare is IMO clearly unable to take a relaxed/rational approach to relationships, my advice would be to find someone who's on the same page regarding lifestyle and location, and who embraces and enjoys her level of passion and intensity.  The thing she needs to realise is, that person is probably NOT going to be a young, super hot model type.  She appears to be chasing the "perfect man" when IMO no such person exists.

Clare Crawley Is "Completely Devastated" After Dale Moss Broke Up With Her
https://www.eonline.com/news/1228954/clare-crawley-is-completely-devastated-after-dale-moss-broke-up-with-her