So what do we reckon - pics from night 1 in a Daily Tele or DM article tomorrow morning?  I've been keeping an eye on Matrix and Diimex but if they've sold the pics they won't show up for a couple of weeks.

Bringing over from potential contestant. These were talking Thurs 4/3. Rehearsals?

@butterflylove wrote:The Wash has released a few photos of one girl last Thursday. And wowowow, talk about elaborate! Angel descending from the clouds? Surely they were just practicing her arrival to make sure it works, because it was still daylight. 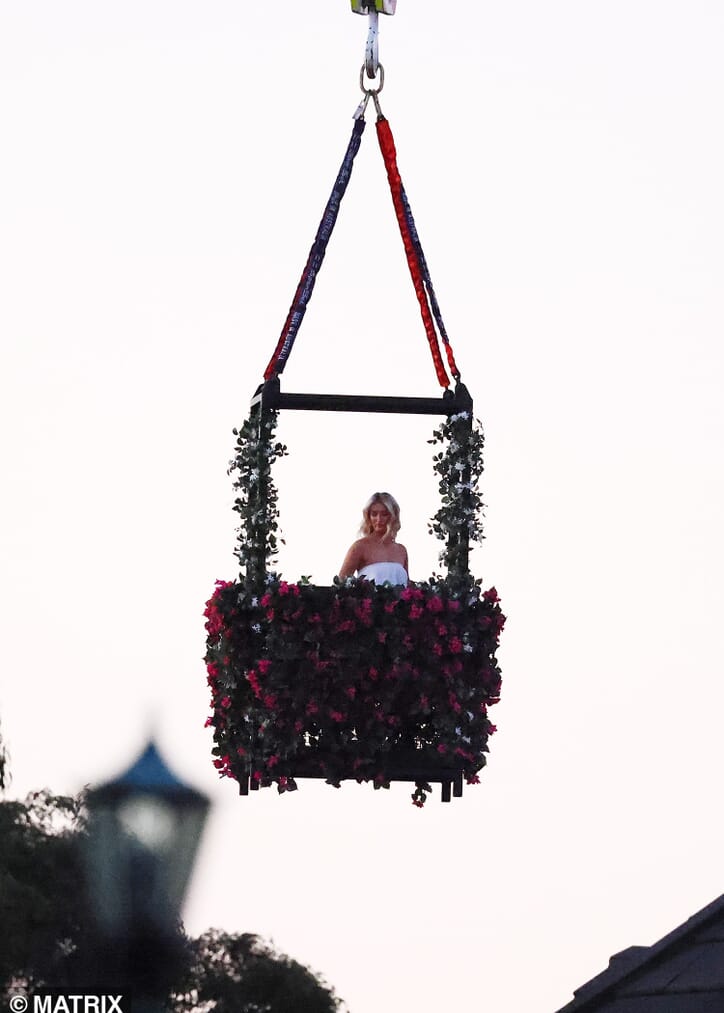 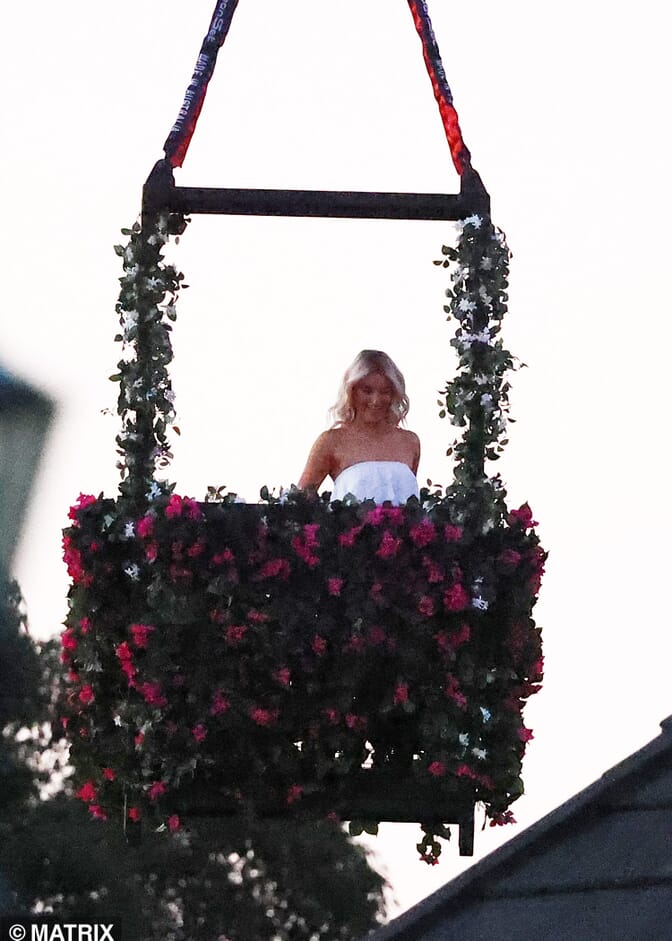 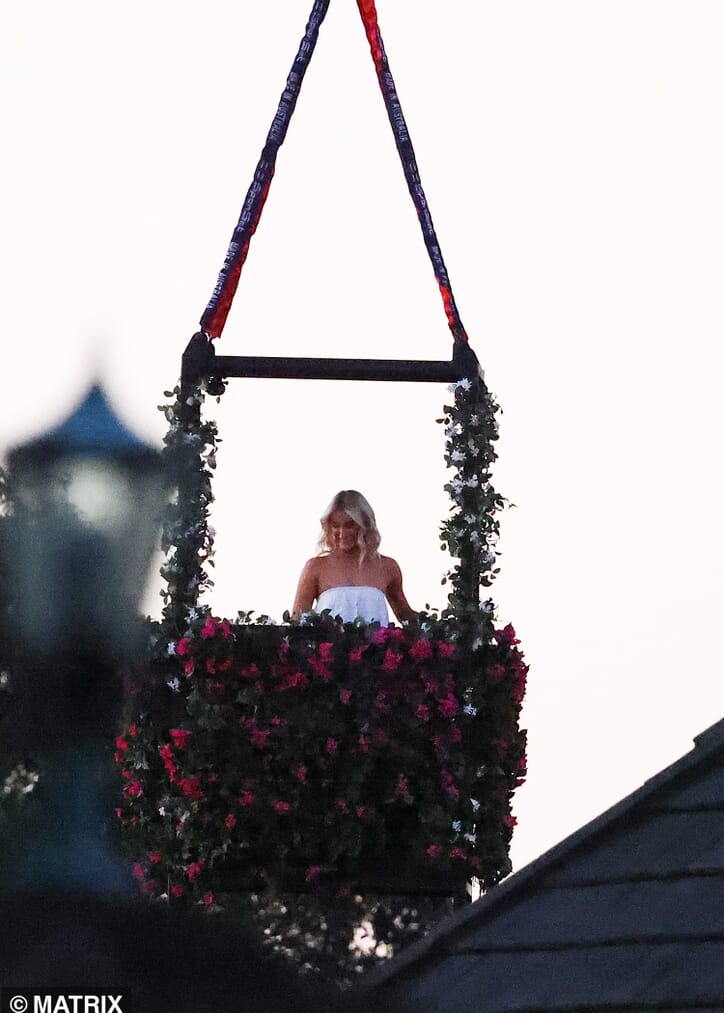 They're watermarked Matrix, but I couldn't see them on the website yet.

Good to see they're avoiding crappy gimmick entrances this season

The pics will probably appear on Matrix in a week or so; in the meantime one of the trash mags and/or DM will no doubt have bought some and publish them soon.

Well, this does not bode well.

But it appears Channel 10 may have had some difficulty casting ladies for the show via the traditional route of application for the 2021 season.

According to The Daily Telegraph, producers have been searching for contestants in local bars and on social media to see if they'd like to appear on the show.

Bachelor is certainly not the easiest show to cast. It's a particular type of show, and there are certain cultural groups that don't want to be part of that,' she told TV Tonight.

'That is absolutely fine and it is disrespectful of us to try and encourage particular groups to be part of something they don't want to be part of.'

Ms McGarvey went on to say this year's Bachelor cast is a mix of ladies from different backgrounds.

'We have worked very hard to cast the right show, and also ensure that the cast is representative of the audience that will be watching it,' she said.

I wonder why the trash mags haven't published any pics of night 1 yet.  Is it just because they are all too busy frothing over the Megan 7 Harry interview?

@Bobette I don't get why people want more POC than whites. Never gonna happen. I don't know how many times I've siad this but most browns would never go to any dating shows cause of culture. You don't want to be the centre of negative attention by all these aunties seeing you go on dates with someone and kiss them on national tv.
Like I get it that you're trying to be diverse, but when you're casting, you shouldn't really look at what race the person is.

“This year’s cast are a great mix of young ladies from a range of backgrounds. It’s obviously not as representative as a show like MasterChef or perhaps even Survivor or Amazing Race. But we have worked very hard to cast the right show, and also ensure that the cast is representative of the audience that will be watching it.”

Other reality shows such as The Block have also spoken about how some franchises, such as food and talent shows, attract a wider range of diverse applicants.

Filming is now underway in Sydney on the 9th Bachelor season, with single ladies meeting their man for the first time last week. McGarvey is optimistic about what’s in store for Jimmy Nicholson and viewers alike.

“I’m always looking for that ‘fairytale ending’ and he really wants to meet a girl and settle down. He’s the right kind of age. We started filming last (week), and it’s gone really well,” she said.

“We’re really excited about him as a Bachelor, because getting that authentic love story is the end game of Bachelor. You get drama, fun and all of that stuff on the way through, but at the beginning and at the end it’s a fairytale.

“Those great stories that we’ve had in the past -Sam & Snezana, Matty J. & Laura- we want every year. Hopefully, Jimmy will find his happy ending, which I would be thrilled about.”

@Dumb wrote:@Bobette I don't get why people want more POC than whites. Never gonna happen. I don't know how many times I've siad this but most browns would never go to any dating shows cause of culture. You don't want to be the centre of negative attention by all these aunties seeing you go on dates with someone and kiss them on national tv.
Like I get it that you're trying to be diverse, but when you're casting, you shouldn't really look at what race the person is.

Yes @Dumb unfortunately I think the main problem is that TPTB have lowered the standard of the show to such a depth that any potential contestants with self-respect/credibility just don't want to be associated with it.

IMO TPTB don't really understand what diversity means and are too busy trying to deflect criticism and "tick boxes" to realise if they made better show with higher standards, they would attract a more diverse range of people.

Are You The One Season 8 nailed it in the casting department - TPTB should take notes, IMO.  If Bach continues to gather contestants via social media and bar trawling we are just going to keep getting the same trashy insta-hos, IMO.

It's the same with MAFS this year - nearly all white (Alana is of Asian heritage) and people complain about it - mostly white people, based on the tweets I've seen - but honestly the only thing I ever hear from actual POC is that their families would never let them do a show like that. And honestly, let's face it, there is something kind of white trashy-bogan about 'romance' reality TV, so you can see why families from a lot of cultural backgrounds would make it really hard for anyone who actually wanted to. I think that's probably why there's more POC in reality shows that aren't dating shows? The diversity on Masterchef, for example, has always been far better in comparison.

There was a post on Mamamia's IG about the NZ Bachelor's request to have size and racial diversity this year and most of the comments were super skeptical "wow, small smaller and smallest, you mean?" kind of comments, and then a bunch of "this sexist crap shouldn't even exist" comments. I always find it interesting to look outside the bubble to see what people who don't care about the show think and it wasn't pretty

I kind of wonder if they're having trouble casting because people are becoming more wary of participating? It's pretty clear that podcasters, instagrammers, redditors and forum goers will scour your entire social media history and find people you know to interview to find out every last bit of gossip about your life. Unless you're a random that gets sent home really early and don't participate in any drama whatsoever and therefore get nearly no screen time, it's going to be life-changing, and not necessarily for the better. So many podcasts have been done over the past 12 months or so that do not portray reality tv in a good light.

strange that no dates have been papped yet

One of the trash mags must have bogarted the rest of the night 1 pics of the girls arriving IMO - TPTB will want them out to get the hype started.  They would have been published last week if not for Megan & Harry IMO.  I'm guessing New Idea will "leak" them tomorrow.  Then probably "FIRST DATE!" pics later next week.

https://www.google.com/amp/s/www.elle.com.au/amp/celebrity/bachelor-australia-jimmy-nicholson-hinge-profile-24785 this story might be old news but not posted here yet and just saw it for the first time and can I say wow, bad look. Gives me a very bad impression of him.