Thank you @natik for requesting a new Category for Season 2! I hope it will be just as successful as Season 1!

natik wrote:Not on topic but the new Bachelorette for Season 2 in Ukraine was announced.

Her name is Zlata Ognevich. She is 35 years old and she is a popular Ukrainian Singer. 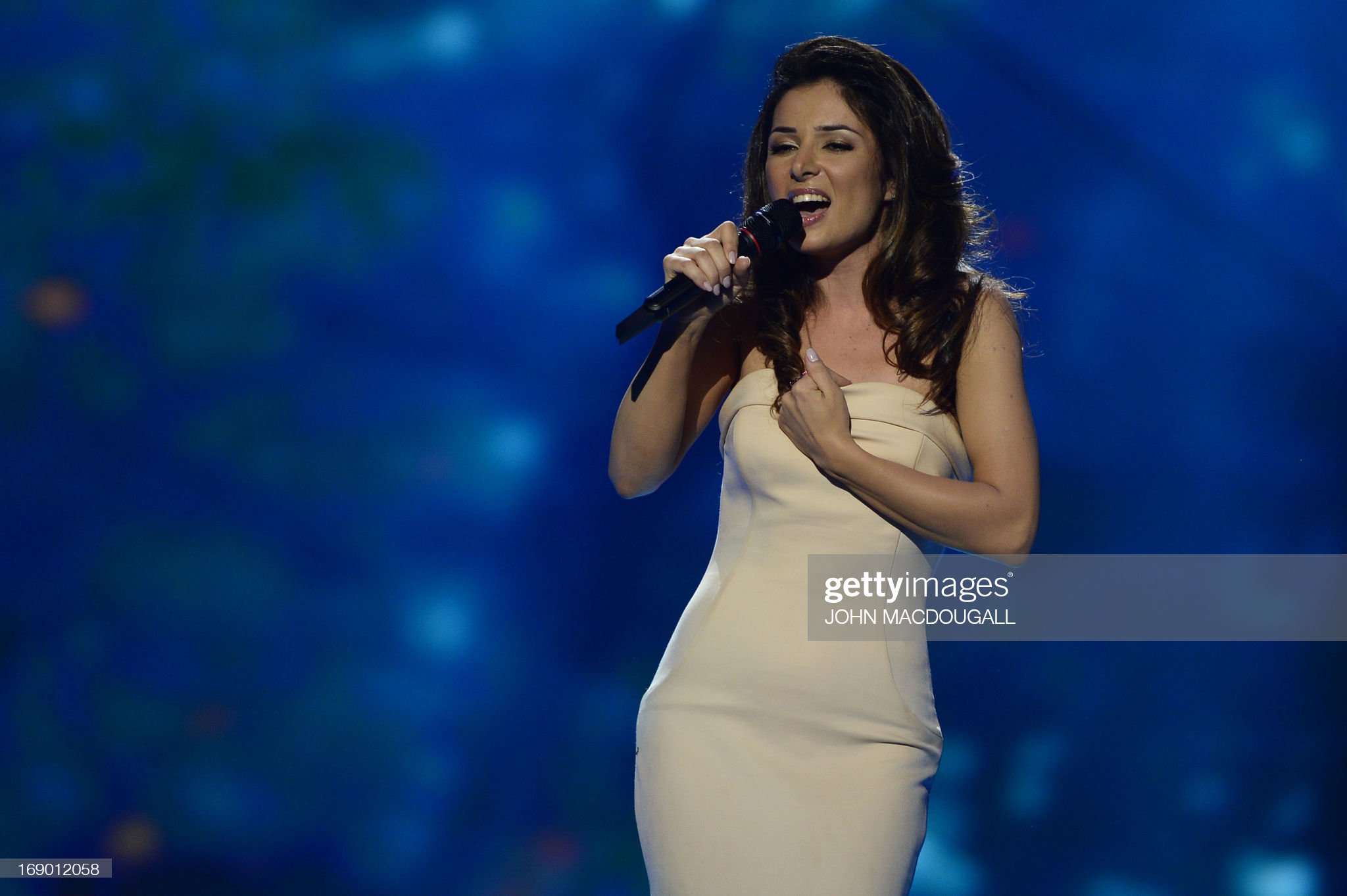 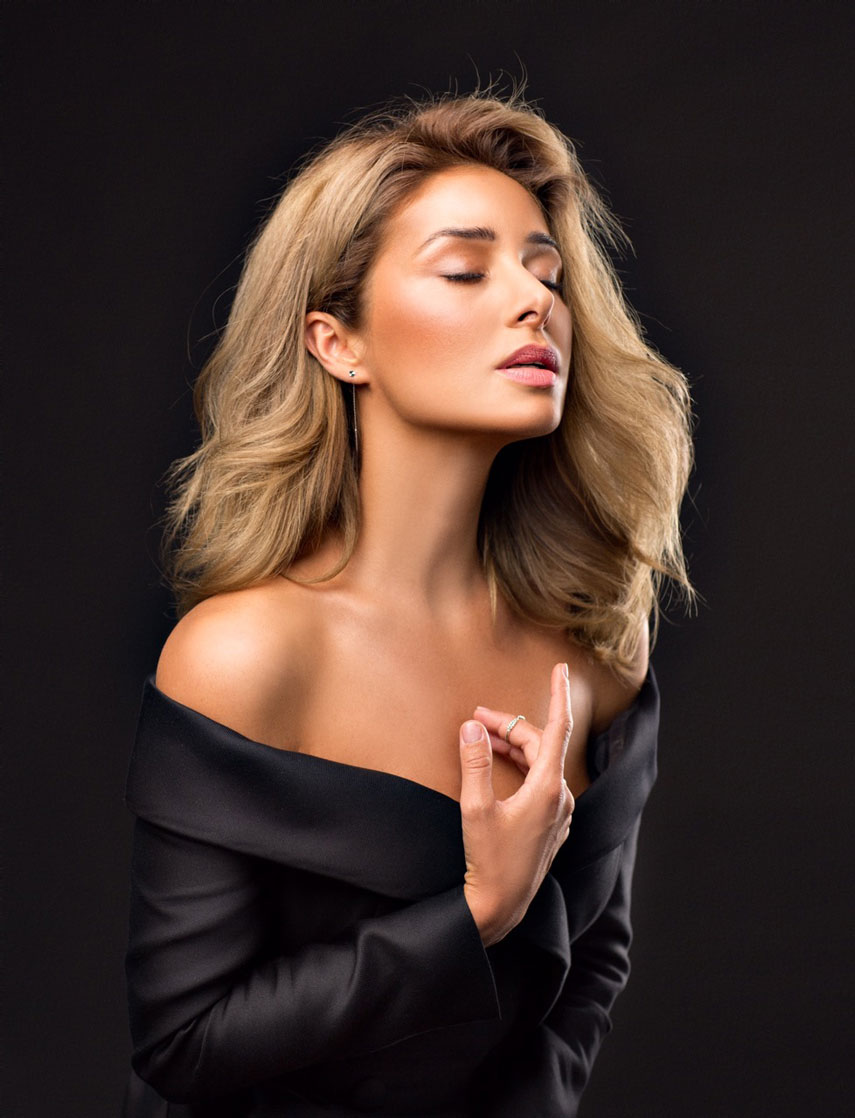 The funny part is you already saw her before. Remember the game show where Sasha and Ksenia were competing against each other? Ksenia was in a team with a woman. So that woman next to her is Zlata.

That and a lot more information about our new Bachelorette you will read in a new thread.

@natik Thanks for the info about the new bette and updates on Sasha and Ksenia.

I haven't watched the new Bachelor. Have no idea what is going on or if it is finished. I just haven't had time. Hopefully I can watch this one. I always enjoy the Bette's more.

Looking forward to following this journey!!

@Sprite You are welcome! The Bachelor is not finished yet. Three episodes left plus the AFTR show. But the announced Zlata now so they have more time to cast the men for her season. Because I think they wanna start to film her season much earlier than Ksenia`s.

I hope as well that you have time to watch. I always enjoy reading your observations. I prefer Bette`s as well.

@George1218 That is great! Good to have you on board with us.


Ok I have a lot of information like a lot, lot....because Zlata is a well known singer in Ukraine since 10 years. She is a very well established person in the showbiz. So let us start with the basics.

Zlata is 35 years old. She was never married and she does not have kids. She is scandal free and have a very clean image. There is literally nothing bad you can tell about her. As Ksenia she is very well liked of the public. She is the sweetheart of Ukraine. So obviously most of the fans are happy with her choice as the next Bachelorette.

Zlata Ognevich is actually her stage name her real name is Inna Bordyuh. She was born in Murmansk to Ukrainian parents; she is of Italian and Serbian descent; she has Italian ancestors on her mother's side and Serbian on her father's side. Zlata is a graduate of Kyiv's Rheingold M. Glière Music College. During her third year at Rheingold she began working with live bands and did her own promotional work. 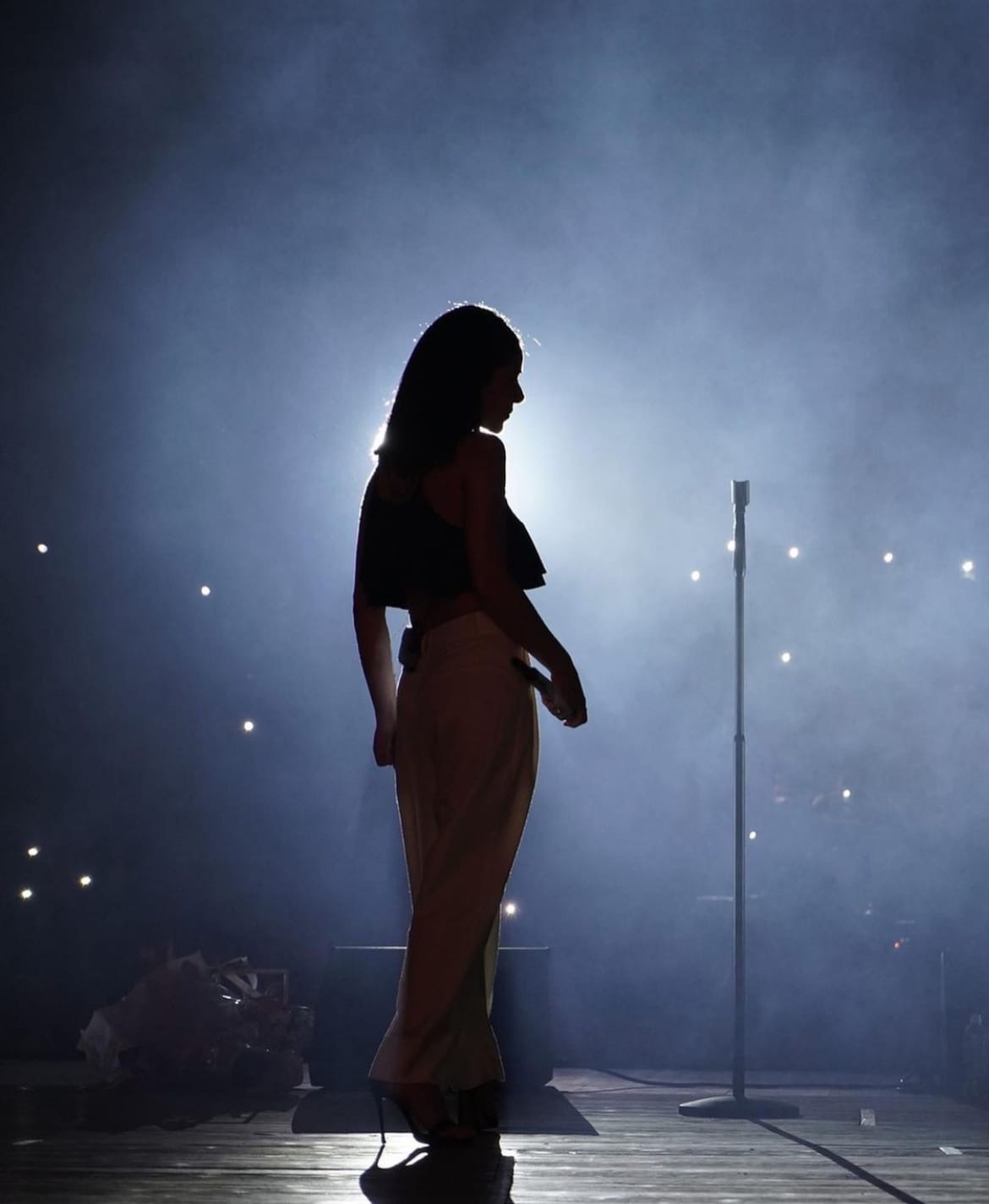 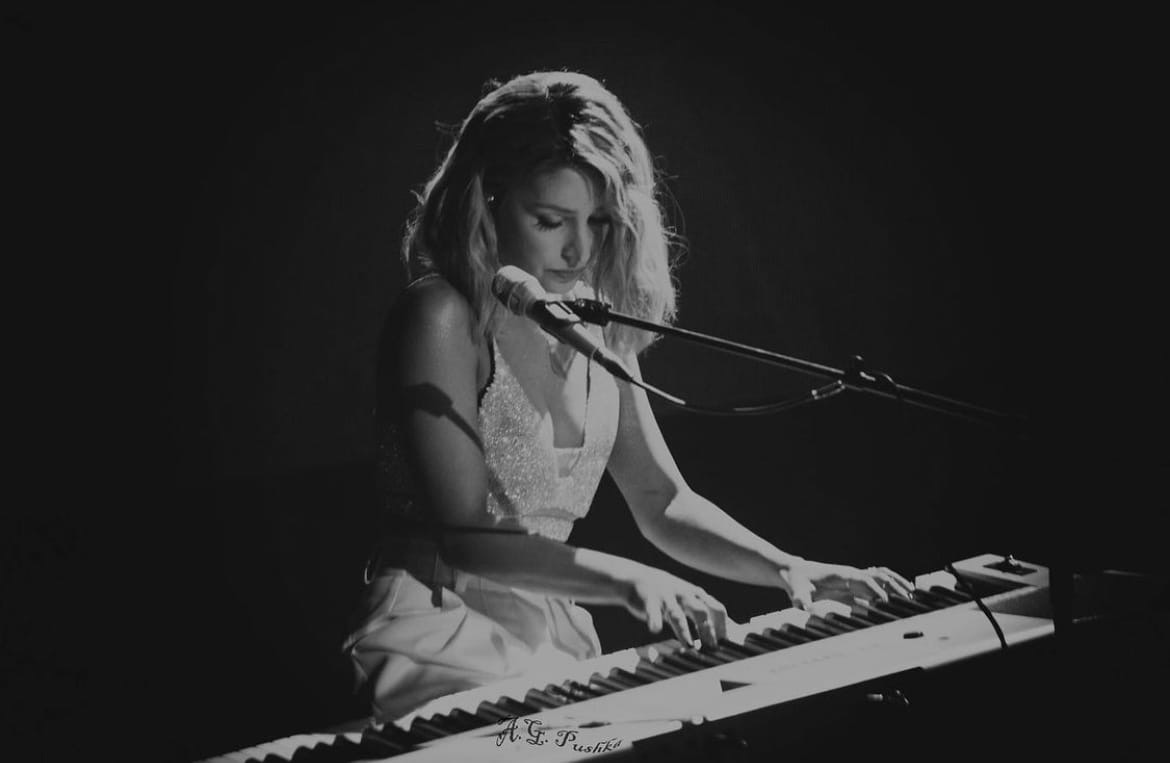 Her breakthrough was her participation at the Eurovision Song Contest in 2013. For all who doesn't know what it is about; the Eurovision Song Contest is the biggest music event in Europe. Every year 44 countries are competing against each other for the best song in Europe. Only 26 can qualify for the Finale. It is crazy, big, strange at times and very entertaining. Oh and number one rule at the Eurovision is that all the artists must sing live. Never mind back to Zlata.
So Zlata competed in 2013 and in the final  She and her song "Gravity" placed 3rd, scoring 214 points. A huge success.

You know what is the best part about it? All the interviews she gave for the Eurovision Song Contest are in English and I don't have to translate

Her English is not the best but it is understandable. So here are some videos from the Eurovision.


And her performance in the Finale


After the Eurovision she was very well known in some countries of Europe. But one year later she decided to pursue a political carrier. In the 26 October 2014 Ukrainian parliamentary election Zlata was a candidate of Radical Party. In the election her party won 22 seats and thus Zlata was elected into parliament. In parliament she focused on cultural issues and copyright issues.

On 10 November 2015, Zlata submitted a letter of resignation to parliament. In her resignation speech to parliament of the same day, she stated: "Now I see that when there is no culture it’s easier to rule and manipulate people. That’s why in these circumstances, as cultural activist, I’m not helpful to this parliament…". In the speech, she also accused her former colleagues of serving lobbyist interests and not the general public.

I watched one of her interviews and she described her political engagement as the worst time of her life. She said she was too naive and thought she could change something but it was nearly impossible because of the corruption structures in the parliament.

So she got back to the routes as a singer.

And I have to say that is where she belongs to. She is not only a pop singer she is also classical trained and can sing operatic. She likes to mix it together into one song. Here is what I mean. She was a star guest at the Voice of Ukraine. In Ukraine the producers like to play tricks to the jury. So they are inviting popular singers to the show to see how the jury is gonna react without knowing who the singer is. The point is to see if the jury is gonna recognize the voice of the star, if they gonna buzz for that voice and how they gonna react when they see that the singer is not an unknown but a star.

Here is her performance with the English song "One Day".

Alternative performance on an Awards Show:

Two of her video clips:

She sings in several languages, Italian, Ukrainian, Russian and English. She plays piano and she takes ballet lessons. 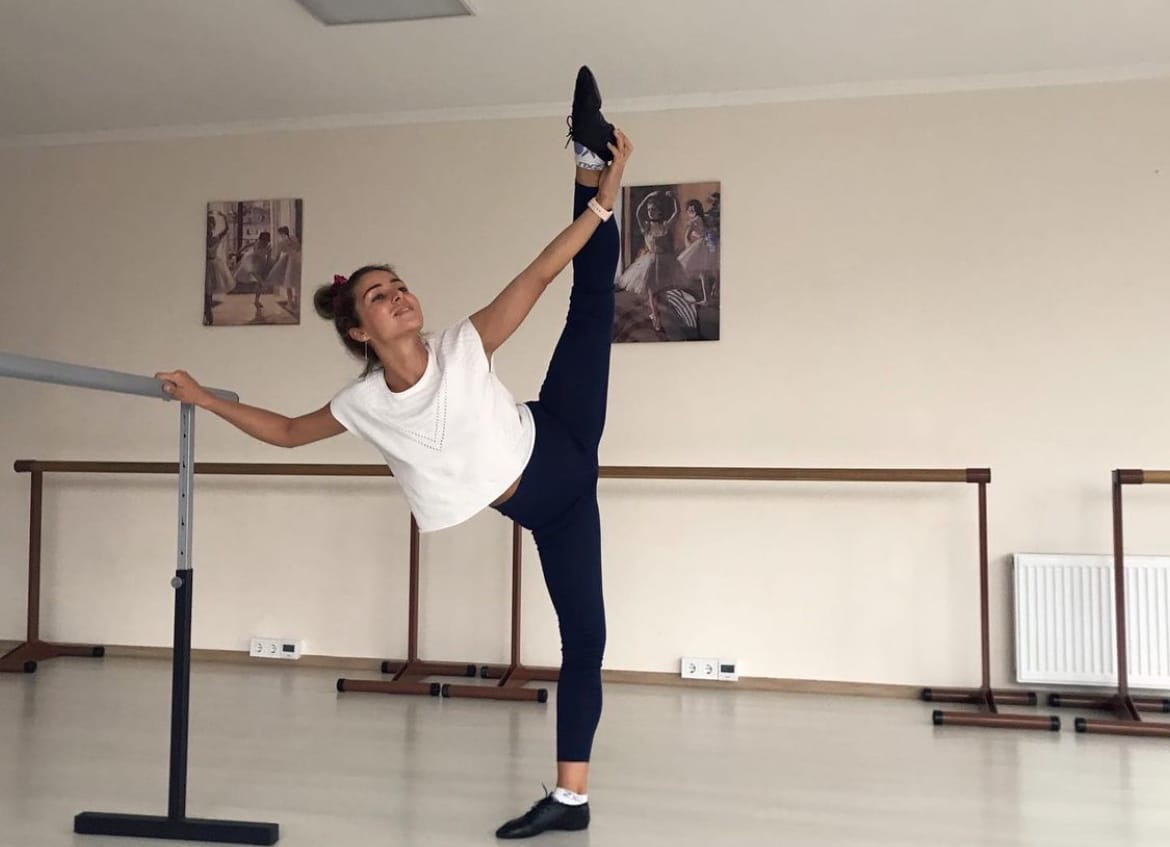 She describes herself as a dreamer. She is very adventures, level headed and not self absorbed at all. She likes to cook that is one of her main hobbies beside the music and ballet. 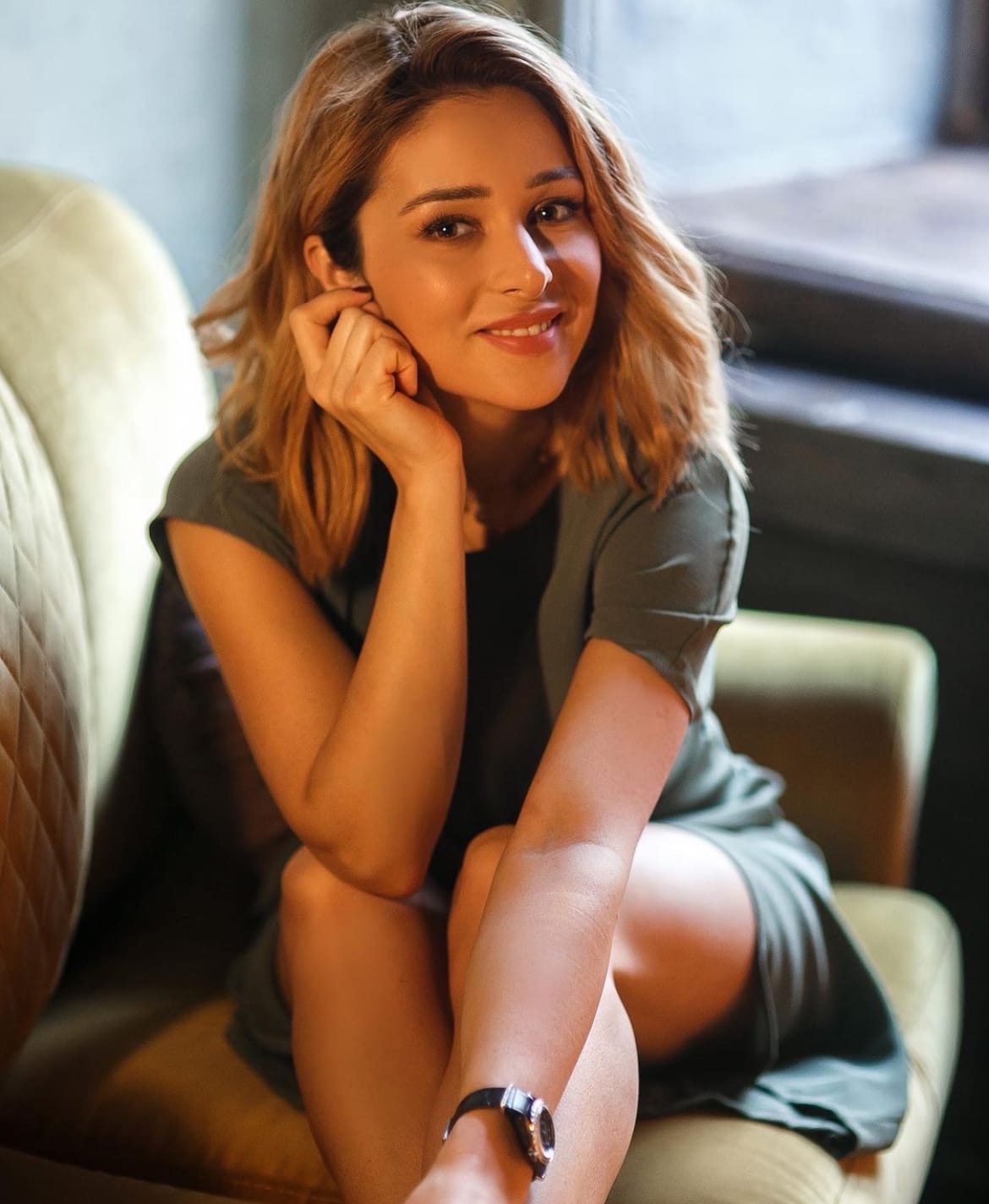 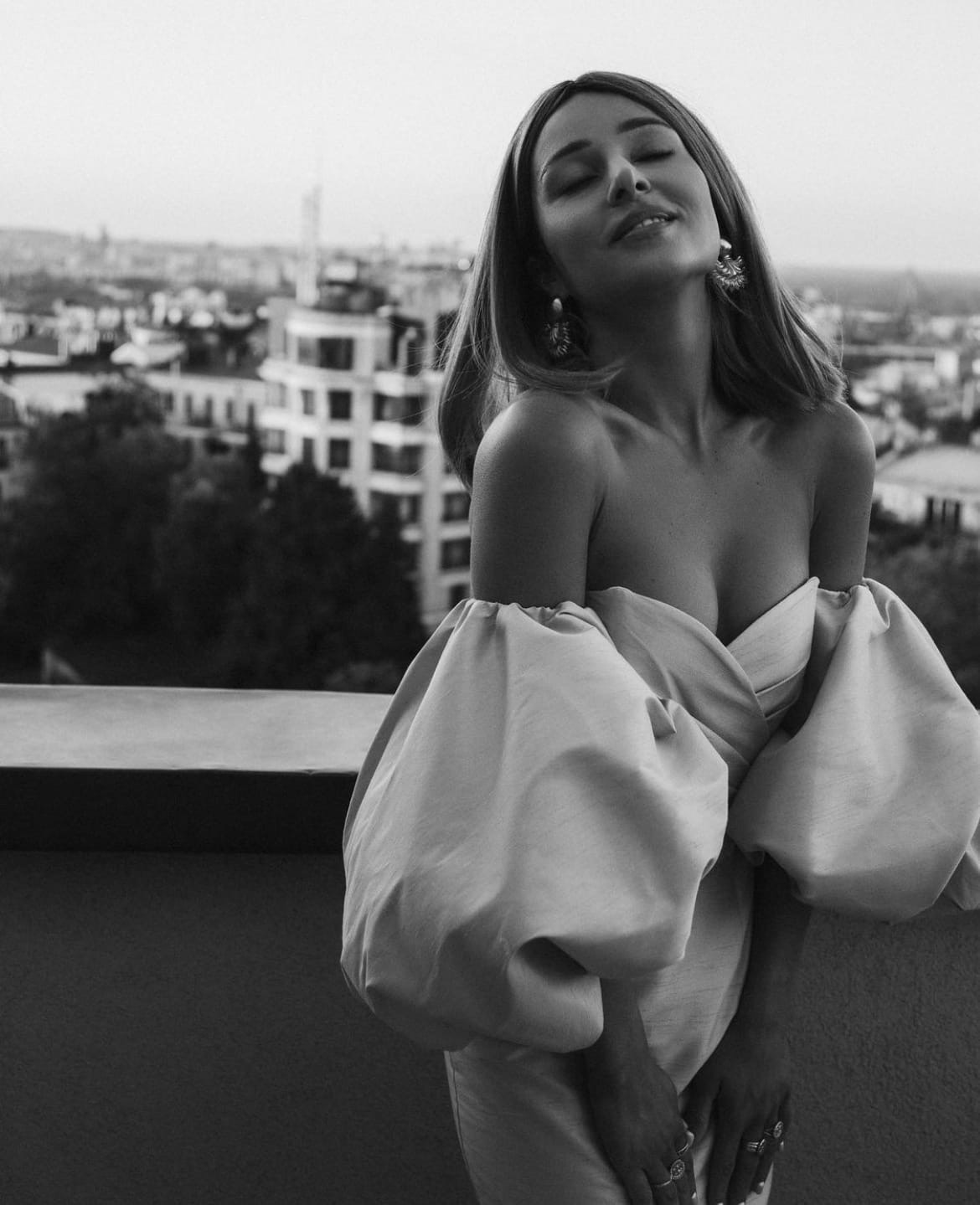 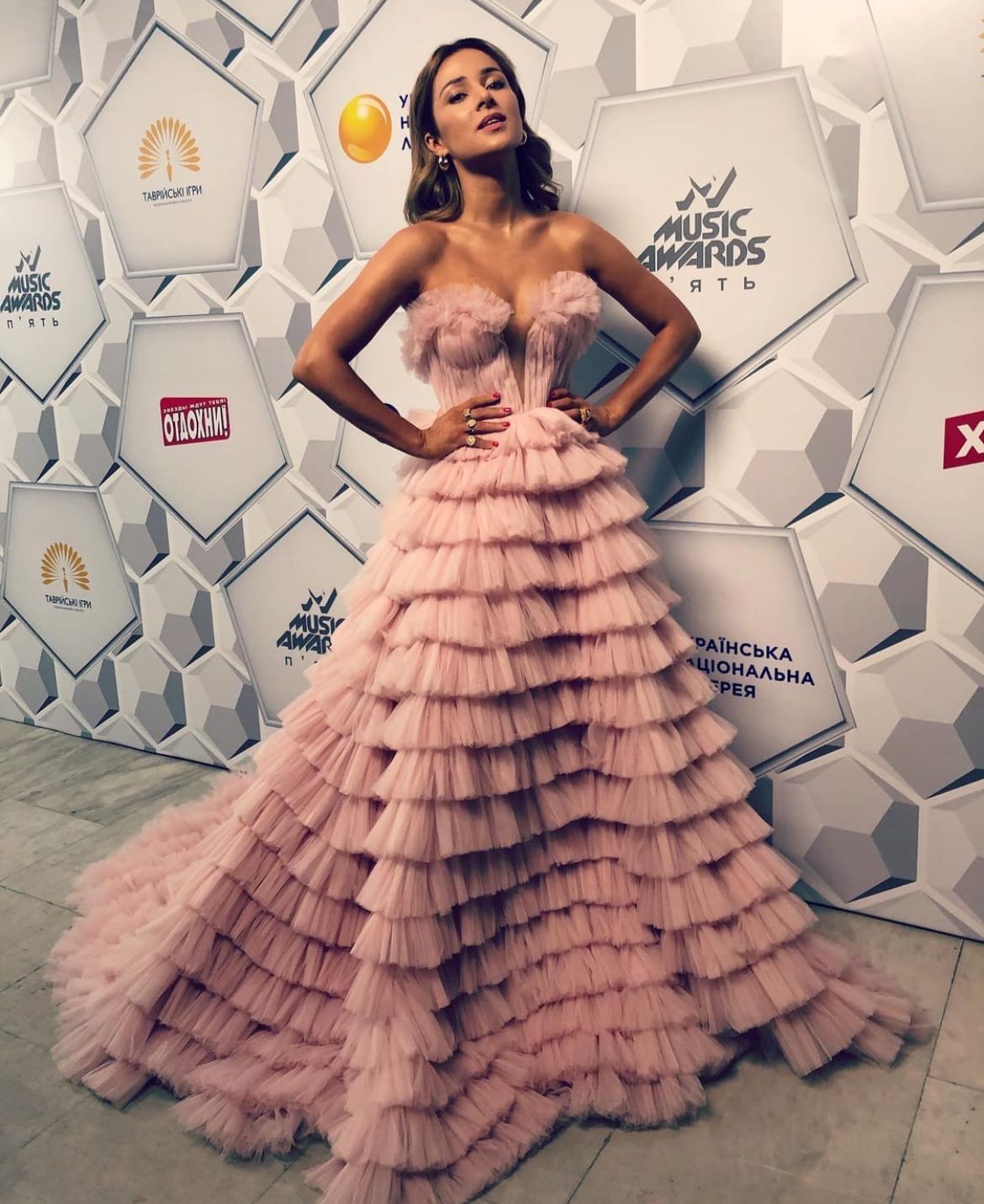 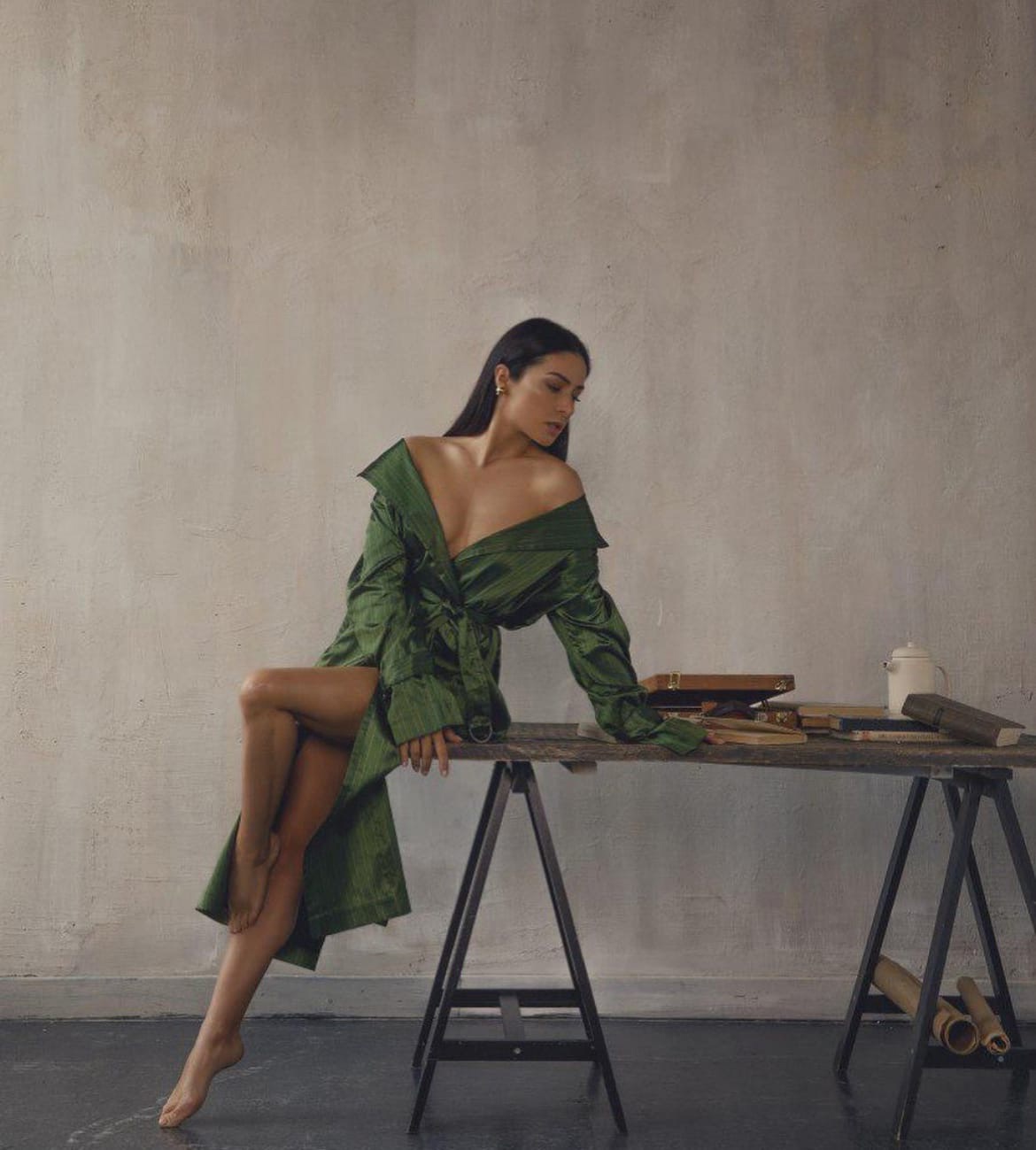 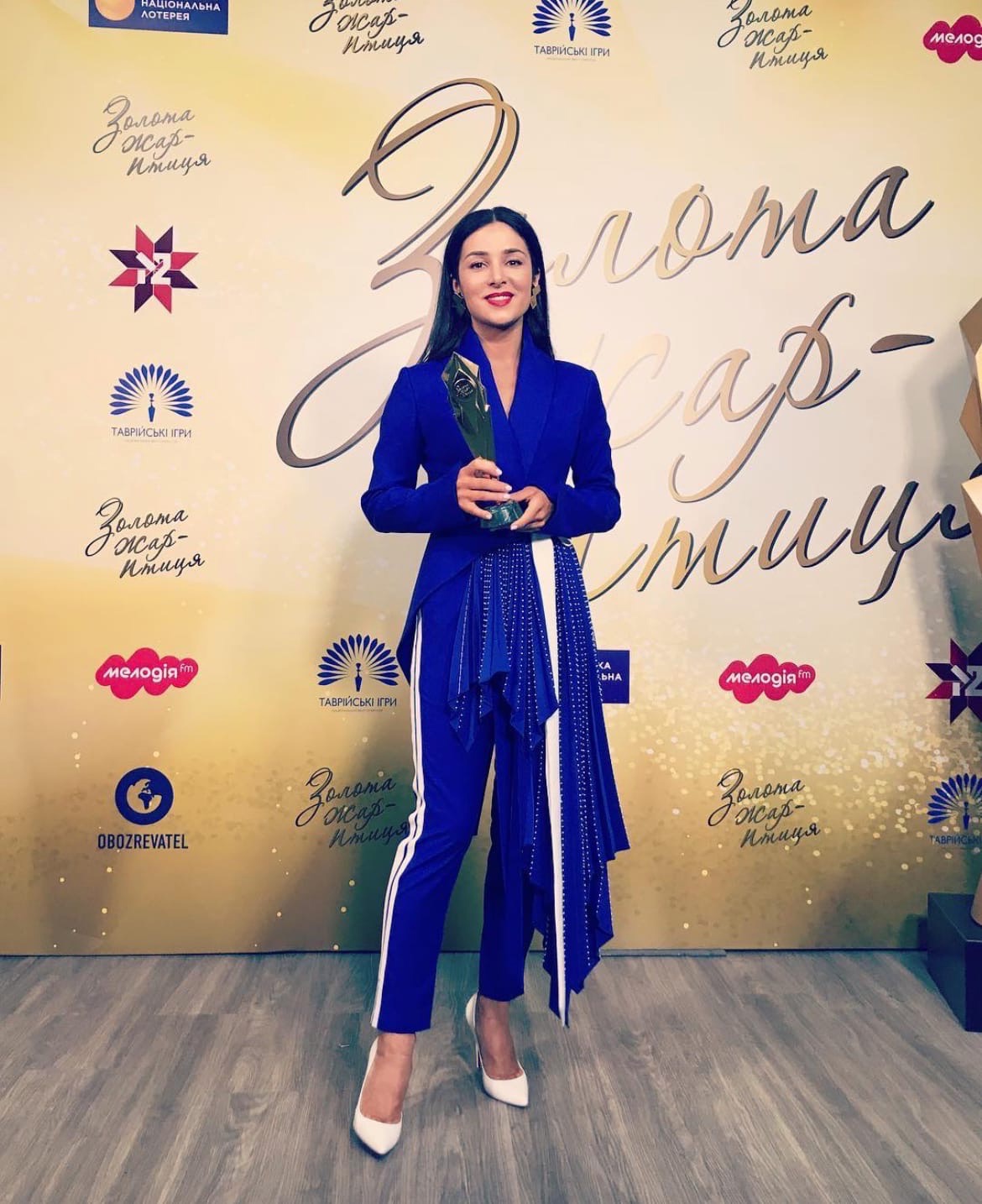 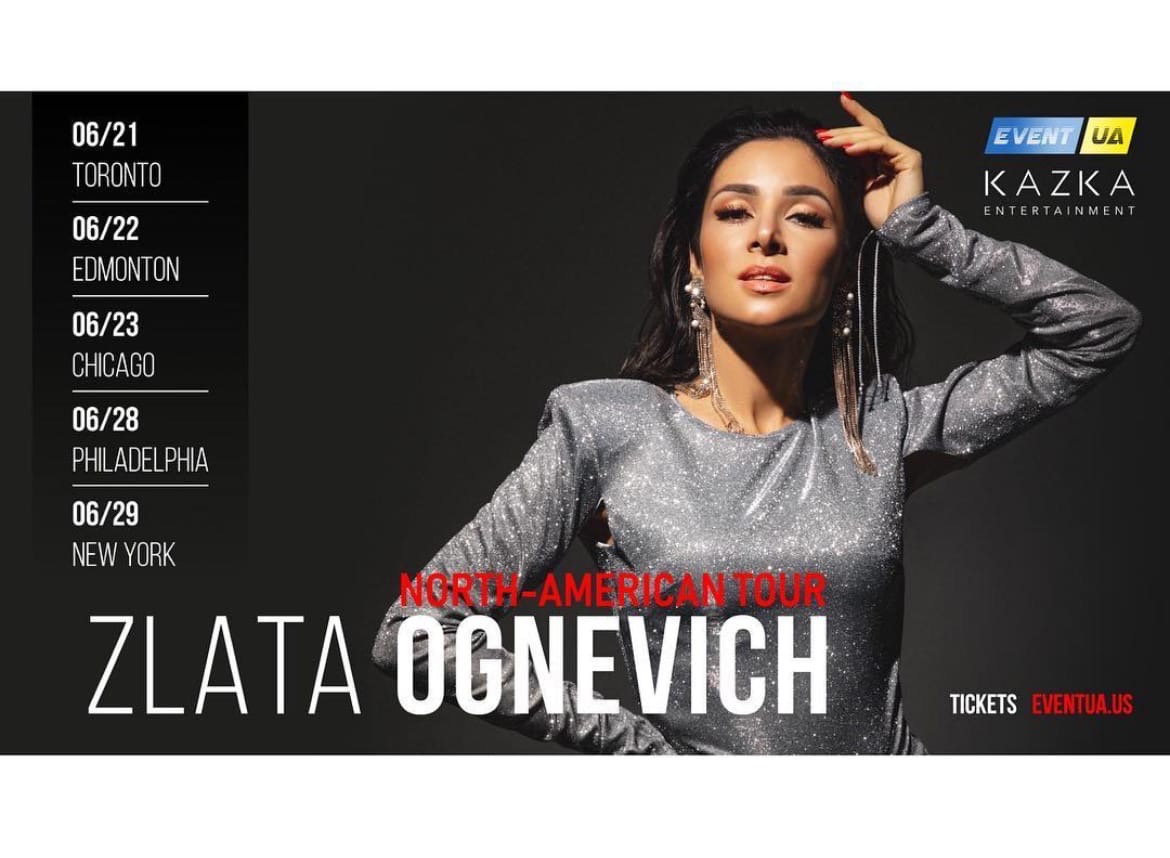 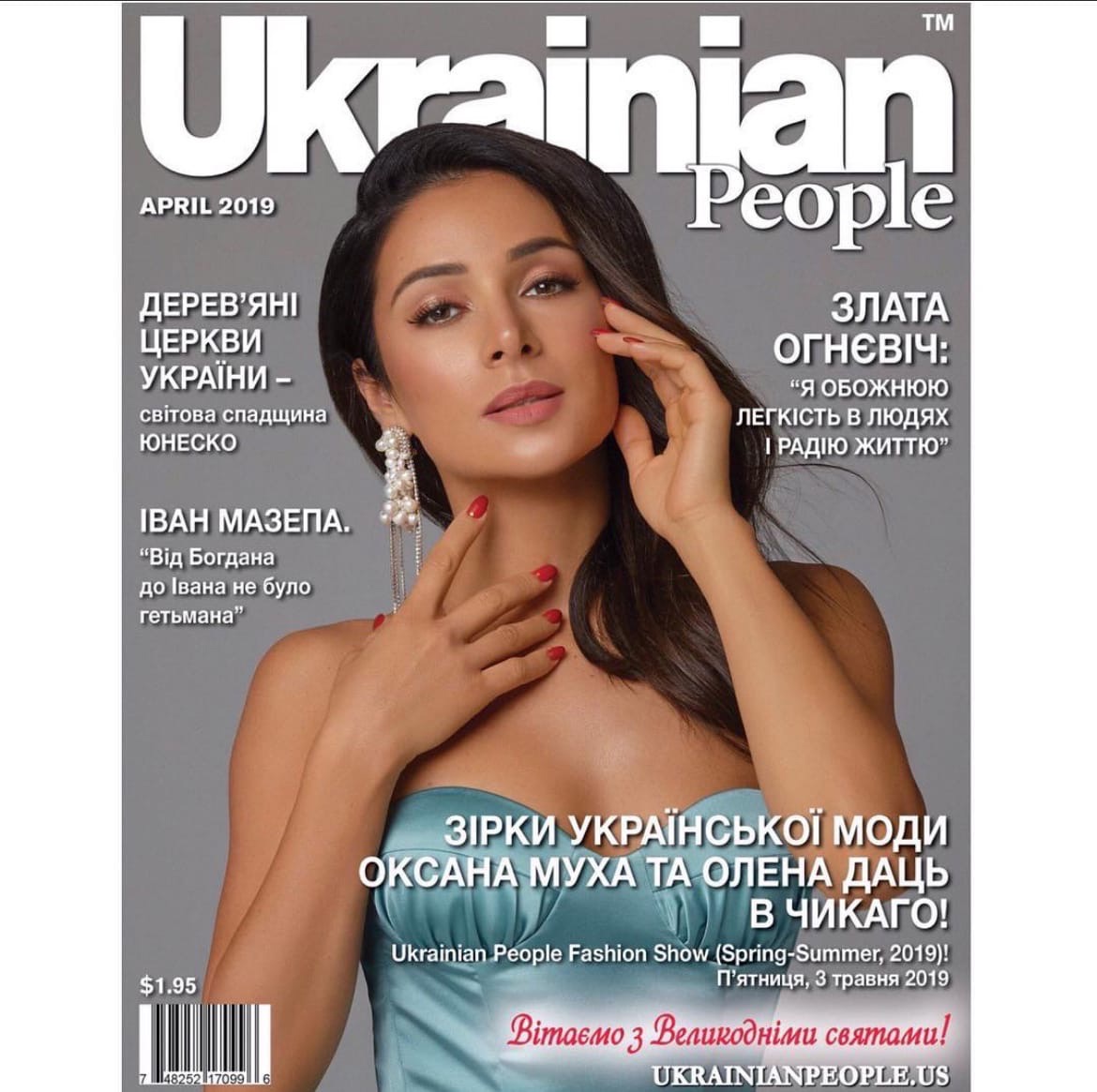 By the way she won this season of the Masked Singer in Ukraine: 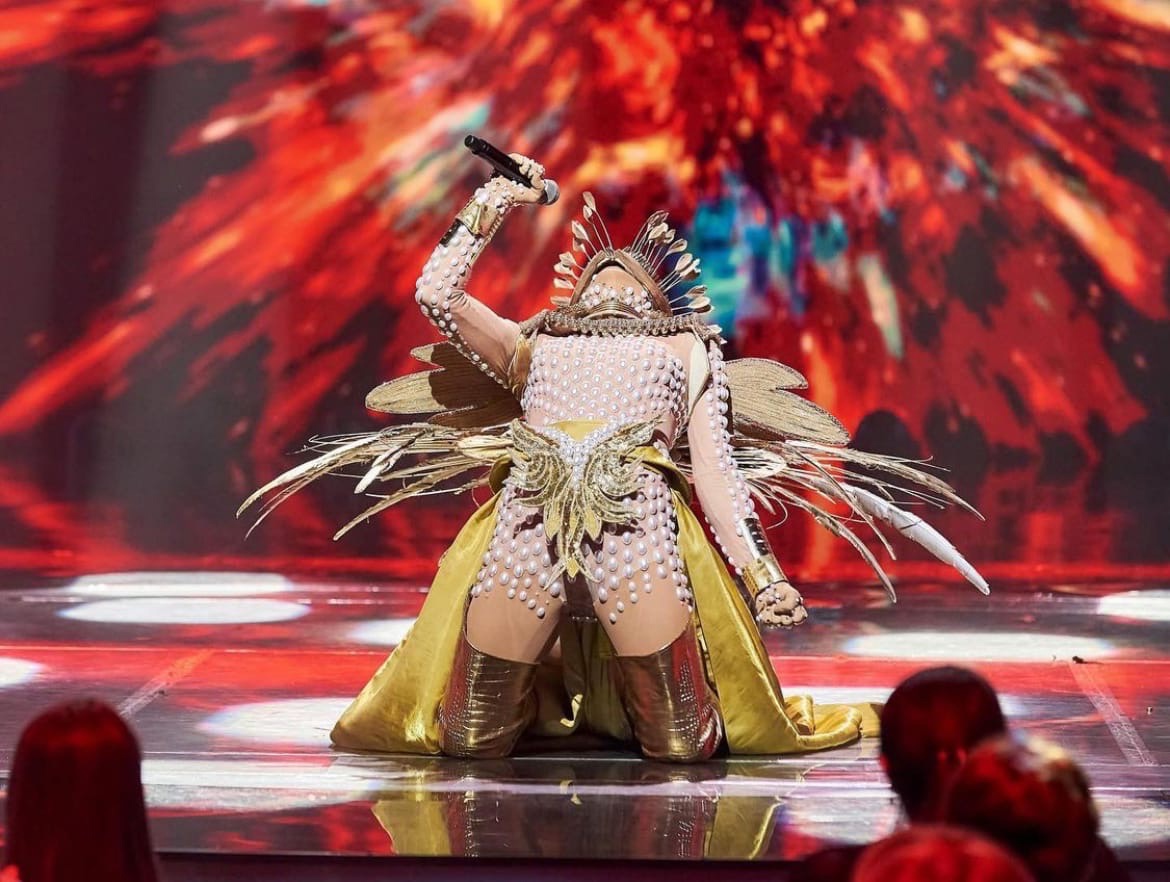 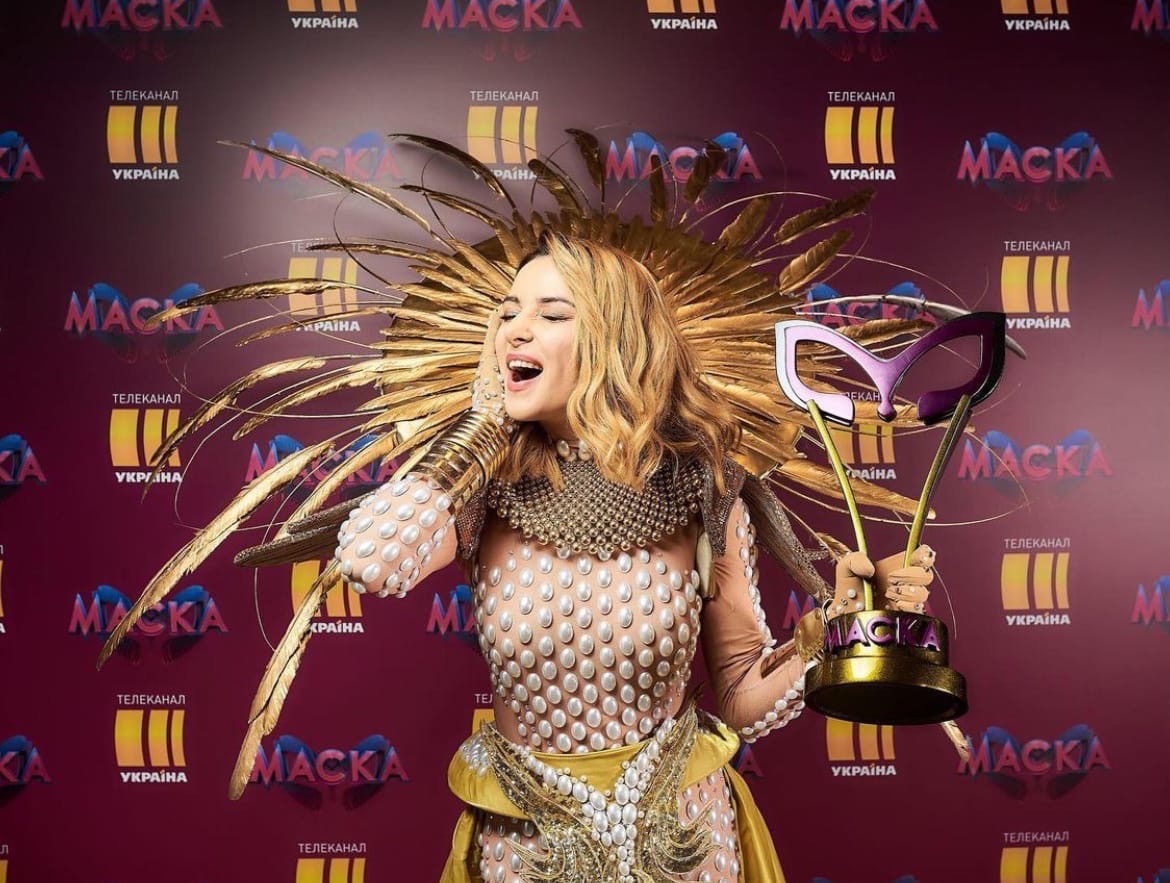 Ok next topic is her love life. She kept her love life to herself so there are no interesting stuff out there. But in her introduction video she is talking about it by herself. I am gonna translate the video and post it later here.

On a random note but it seems we have the first contestant.

Aleksey posted in his IG story:

"My face when Zlata Ognevich was announced as the new Bachelorette. @stbua can I take part for the second time?"

Hi!
I'm Zlata Ognevich, I'm 35 and I'm the Bachelorette. I'm a singer and musician. The fact that I'm an artist complicates relationships with men. I had a relationship with a guy and at the very beginning I warned him that I would disappear on the set and on tour. He said: "I'm willing to put up with all this for you." But he was getting jealous of my late comebacks from the recording studio. "Why did you arrive at 12 o'clock in the midnight?“ Once we had a weekend planned, and I came in and said, " Look, I've got a shoot scheduled, let's cancel our trip“. And in the end, he gave me the choice of either him or my career. Yes, I admit that in this relationship I was selfish. At that moment, my career was important to me. We broke up with him.
After this relationship, I took a big break. I really wanted to meet my man and when I met him I thought, this is the man of dreams. Six hours ' drive to the concert where I sang was not a problem for him and he could drive in the middle of the night. Arrive in the morning with a huge bouquet of scarlet roses. I thought here he is, the person with whom I will connect my life, with whom we will create a family and have children. And already in the middle of our relationship, I realized that this is a person whose condition needs to be adjusted. He started telling me how to dress, and that he doesn’t like my style, and that I have a tummy there and need to do push ups. I looked at myself in the mirror and felt ugly, that I did not live up to his wishes, that I did not look like good enough for him, that I was not beautiful, I was scared that suddenly he would leave me because of that. And when he disappeared for a month, promising me every time that we would see each other tomorrow. I just couldn't stand it anymore and wrote to him that if he doesn't think it's worth spending a little of his time on me, then everything is pointless. And he said, " Yes, you're right. I just wanted to get to know you better at one of the concerts, I thought you're such a beautiful girl, why not." I felt like a total jerk after that. I'm not crying because I feel something for him. I'm crying because I feel bad for myself as a woman. I haven't been in a relationship in over a year. My path to myself began after a painful breakup of this particular relationship. I told myself that I would no longer suffer, that now I would only listen to myself. In the next relationship, I do not want to dissolve myself, I want to develop together with my man.
I am immediately captivated by intelligence and a good sense of humor. I want to laugh with my man together. And I wish that he would have such simple spiritual things as love for children, love for your family. I'm going on a project to meet the man of my dreams.

@natik thank you so much for all the information!!!

I watch Eurovision every single year along with the SanRemo Festival!

She has accomplished a lot already! What an amazing voice. She is so pretty. I'm glad she got out of those relationships. Even though she is well known, she seems very grounded and knows what she wants, all in a good way!

Fingers crossed she finds a "Sasha"!

@GuardianAngel That is awesome! I am watching it every year as well. It is fun. There were times when we even organized Eurovision Song Contest parties at home.

It is funny because I read a few comments on IG under the introduction video and there were some comments like "Ok so where are we gonna find a second Sasha now?" or "It is like she is describing Sasha but he is already taken".

@natik we are all thinking the same thing!

I have a lot of favourite season's of Eurovision and San Remo. The energy is amazing! House parties sound like fun!