Ummm.... have they even finished filming yet?  Can't see how with the quarantine requirements...

She looks good tho

I was just thinking not so much. The color of that dress does her no favours. I may skip this one as well and just follow along here.

I'm just glad to see a woman in SLEEVES!

I like the look.What we can see of it anyway!

Noting this for next season (if it even happens)

Bobette wrote:Sorry Carlie fans she won't be next Lead at odds of 17.00 IMO - in fact I think we can rule out everyone on this list. 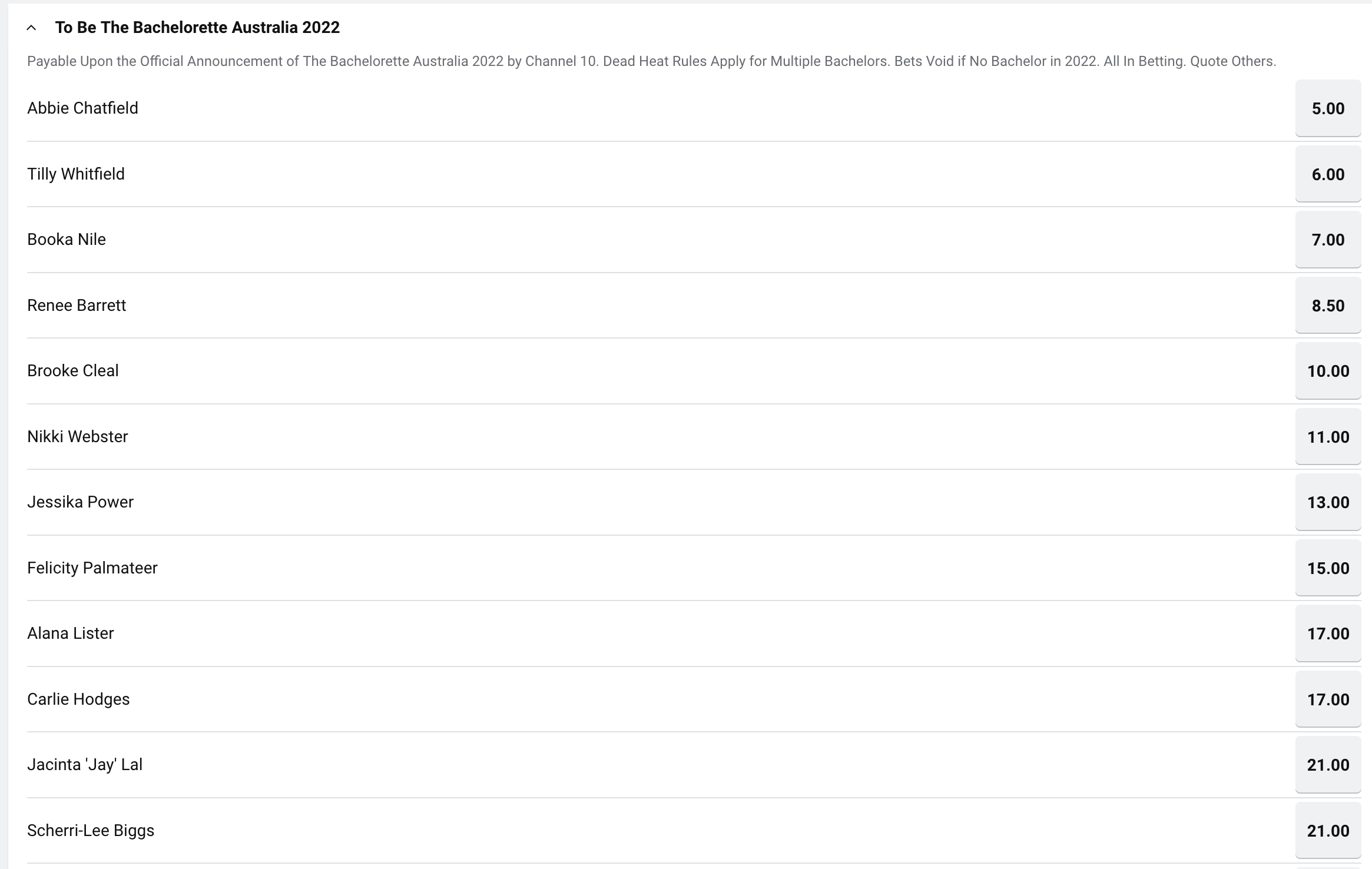 Still in Perth.  Noting her hair - might be useful to spot any editing shenannigans around the FRC. 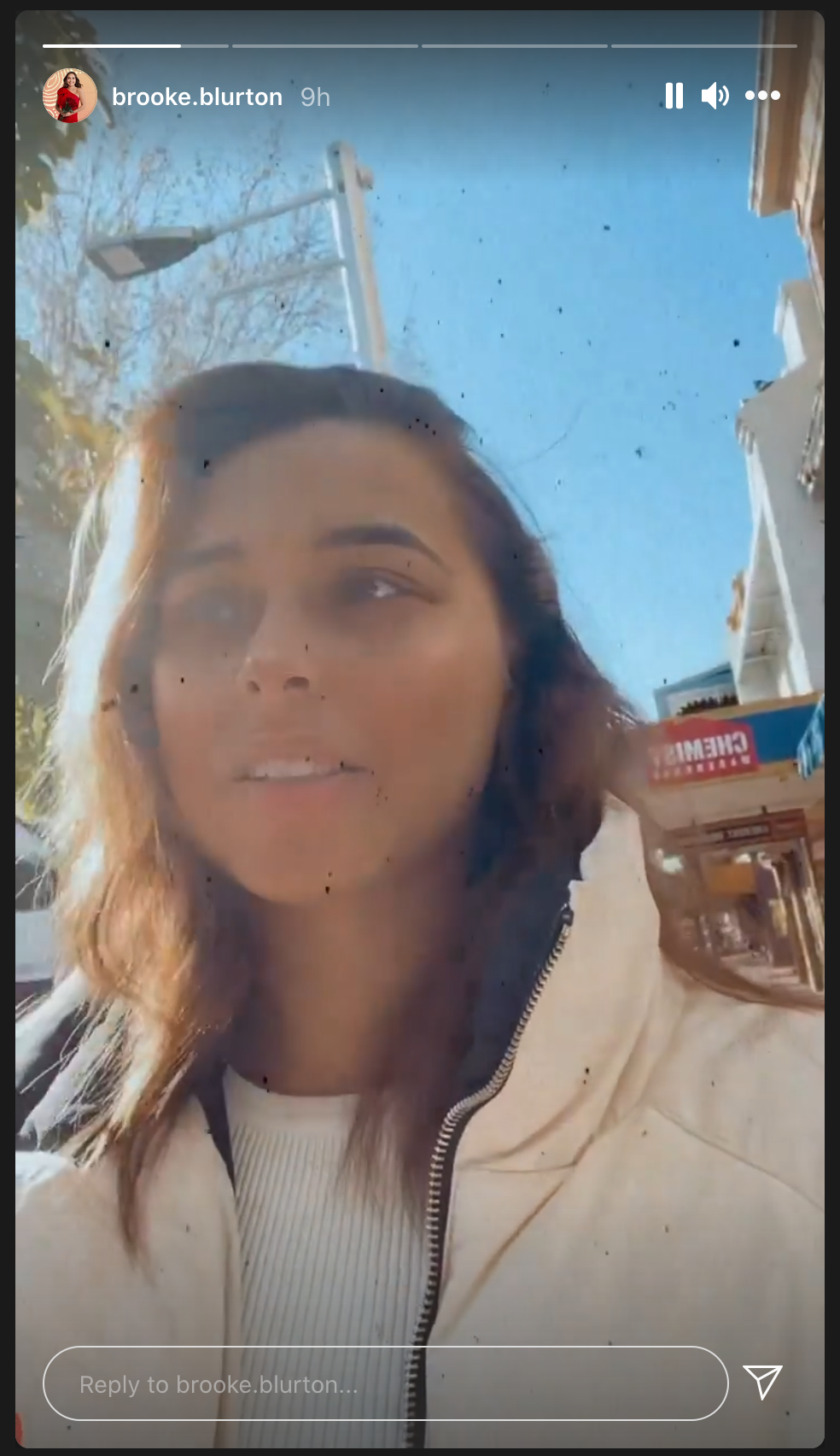 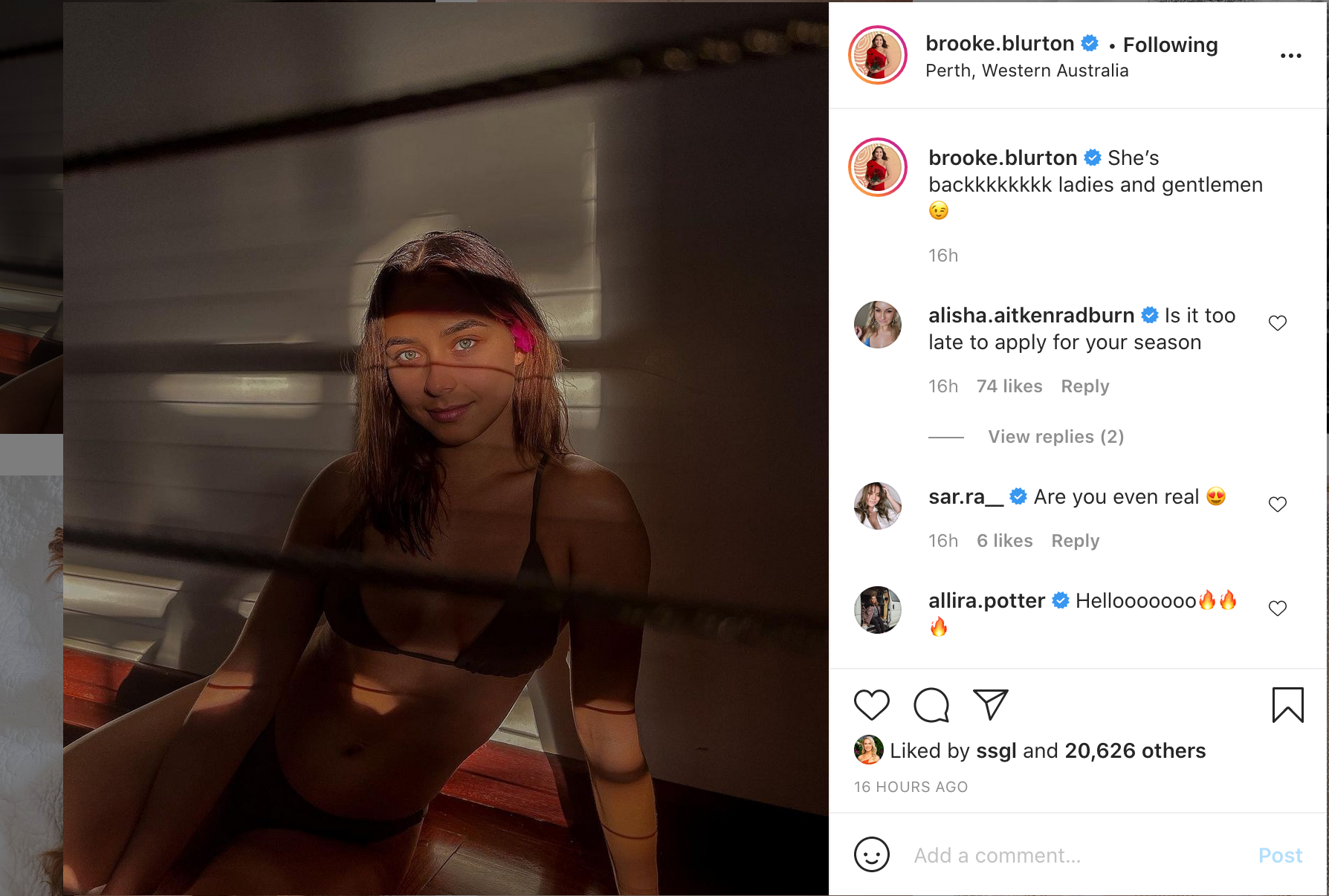 ETA: Not ruling out a QLD FRC if F1 is from QLD.  Anna has very tight border restrictions but seems to make exceptions for Film/TV productions (and sports

For people who've followed Brooke a while, can you ID this TV/chest of drawers?  Is it her at her home in Vic?  Still trying to work out what she means by "back" but if she's back in Vic I guess they must have squeezed in filming the FRC at some point. 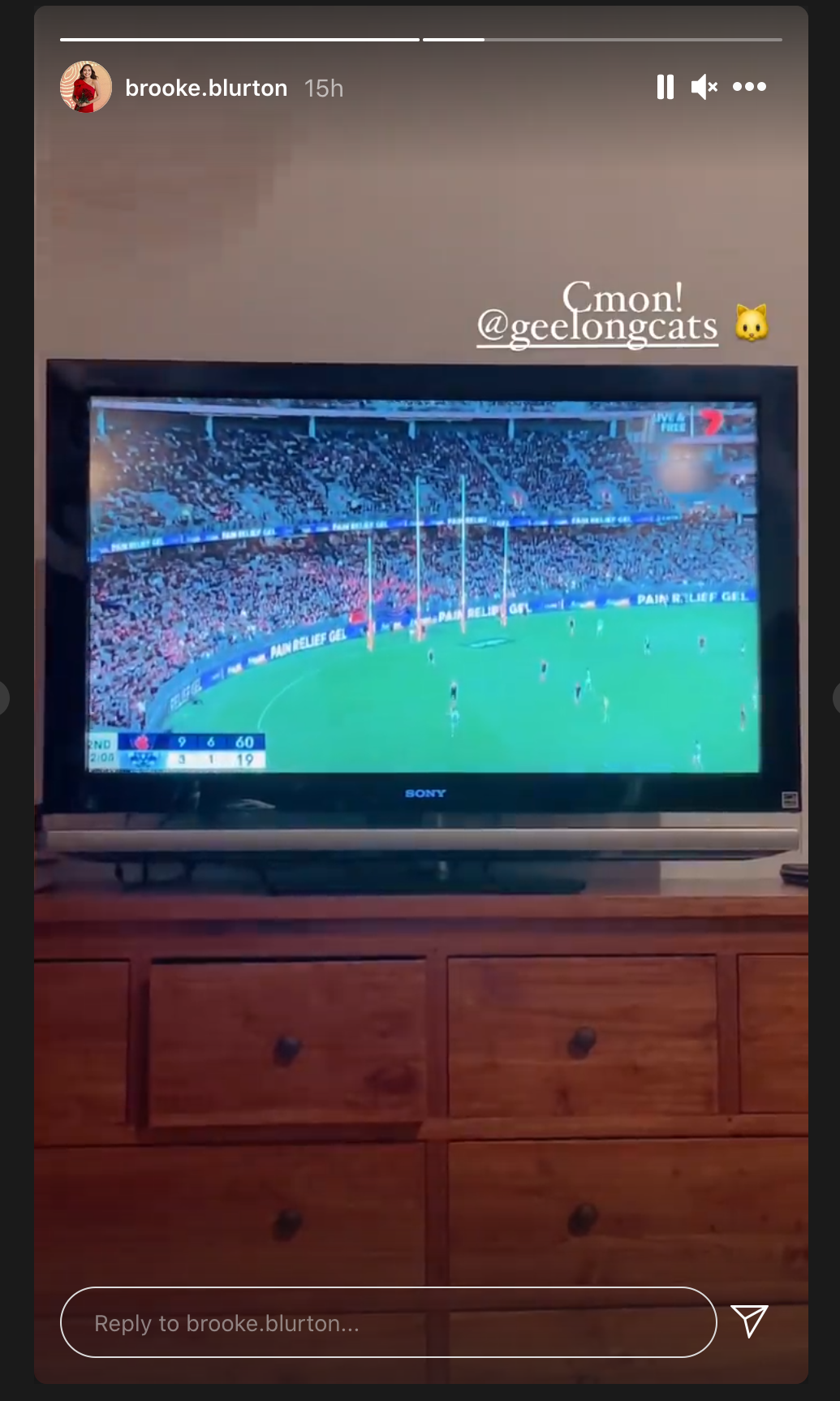 14/08 Brooke posts an IG story revealing her sister had died on 11/08 and that her GTG pass had only just been approved. One assumes she left for WA shortly thereafter and would have been required to isolate for 14 days. 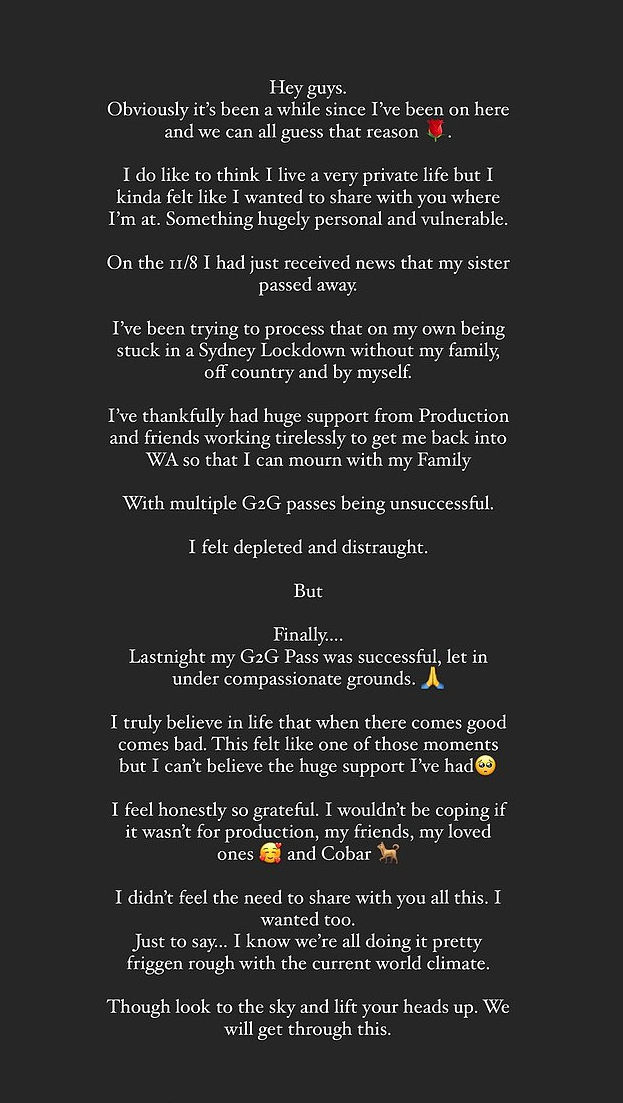 20/08 Ch 10 mouthpiece says Bette is "just about finished" suggesting the FRC hasn't been filmed (though perhaps it had been, and she was referring to post-show producer interviews etc)

27/08 Sportsbet changes the odds to indicate a QLD F1.

Nothing wrote:Queensland has now overtaken Victoria on Sportsbet. 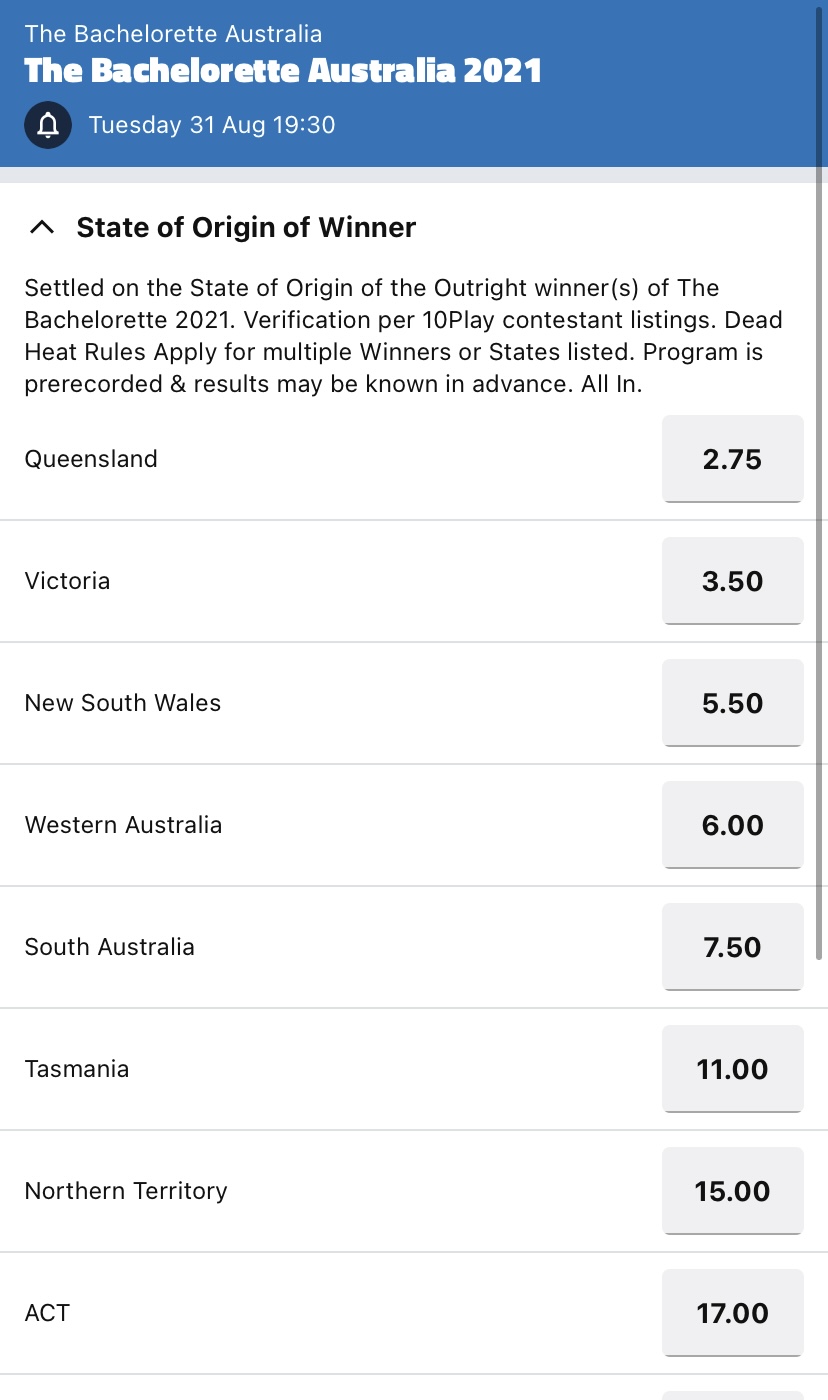 04/09 Sportsbet narrows the odds for QLD while Brooke posts that her sisters funeral was "yesterday" 03/09 which would correlate with them holding the funeral after she completed her 14 days in isolation.

Bobette wrote:Noting that Brooke is still in WA (or was as of yesterday and I can't see her rushing straight back to NSW unless ordered to).

I don't think she'd have to quarantine in NSW but I imagine it would still be at least a week till they can get filming wrapped?

09/09 Brooke posts that she's "back" despite the fact that all her recent pics are tagged WA and she's been posting stories with her nephew (in WA). If they're throwback red herrings the FRC could potentially have been shot last week but it would have been pretty tight.

10/09 Posts the story of (realtime) AFL game. Which brings me back to... need to work out where that TV is. 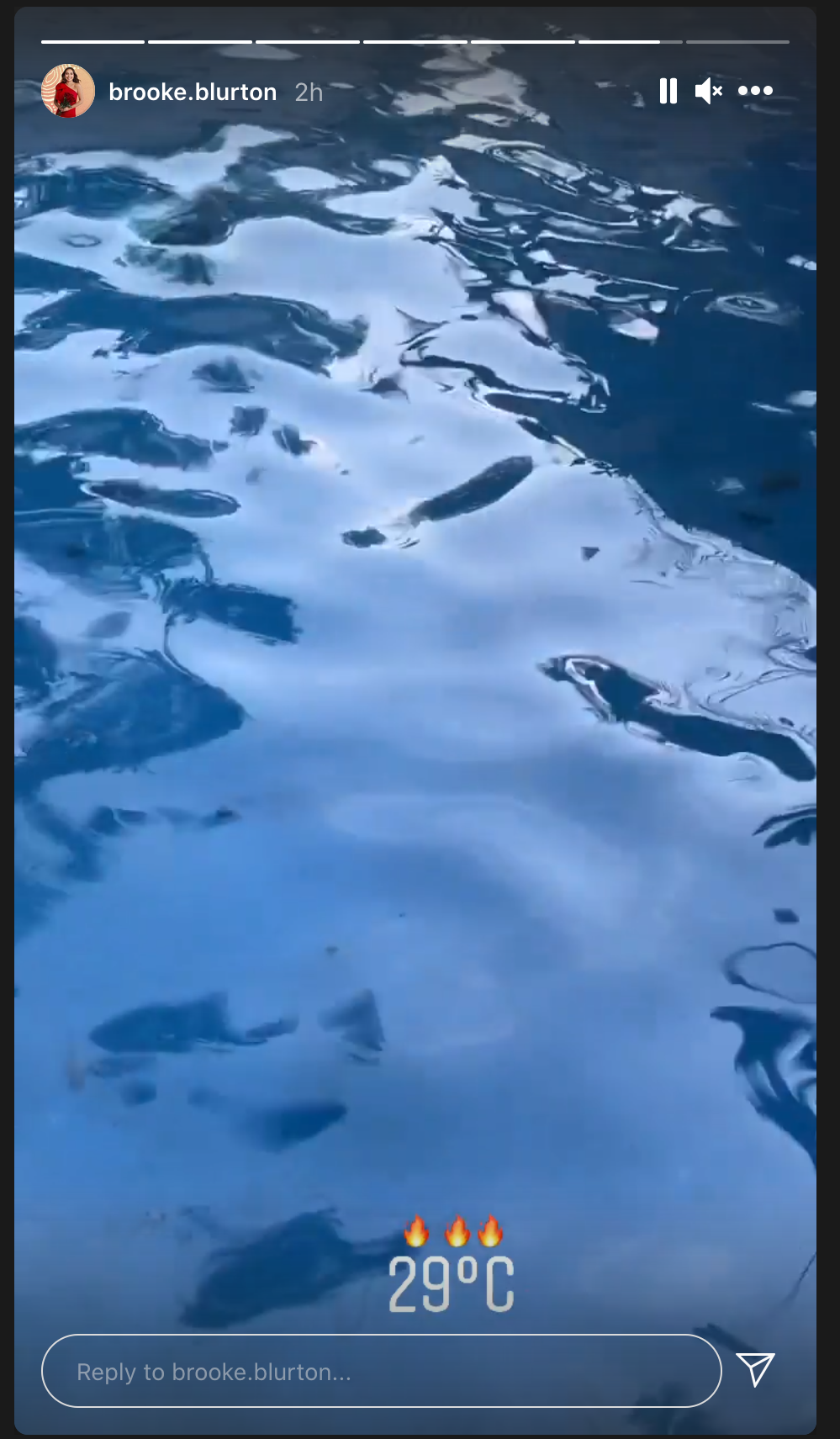 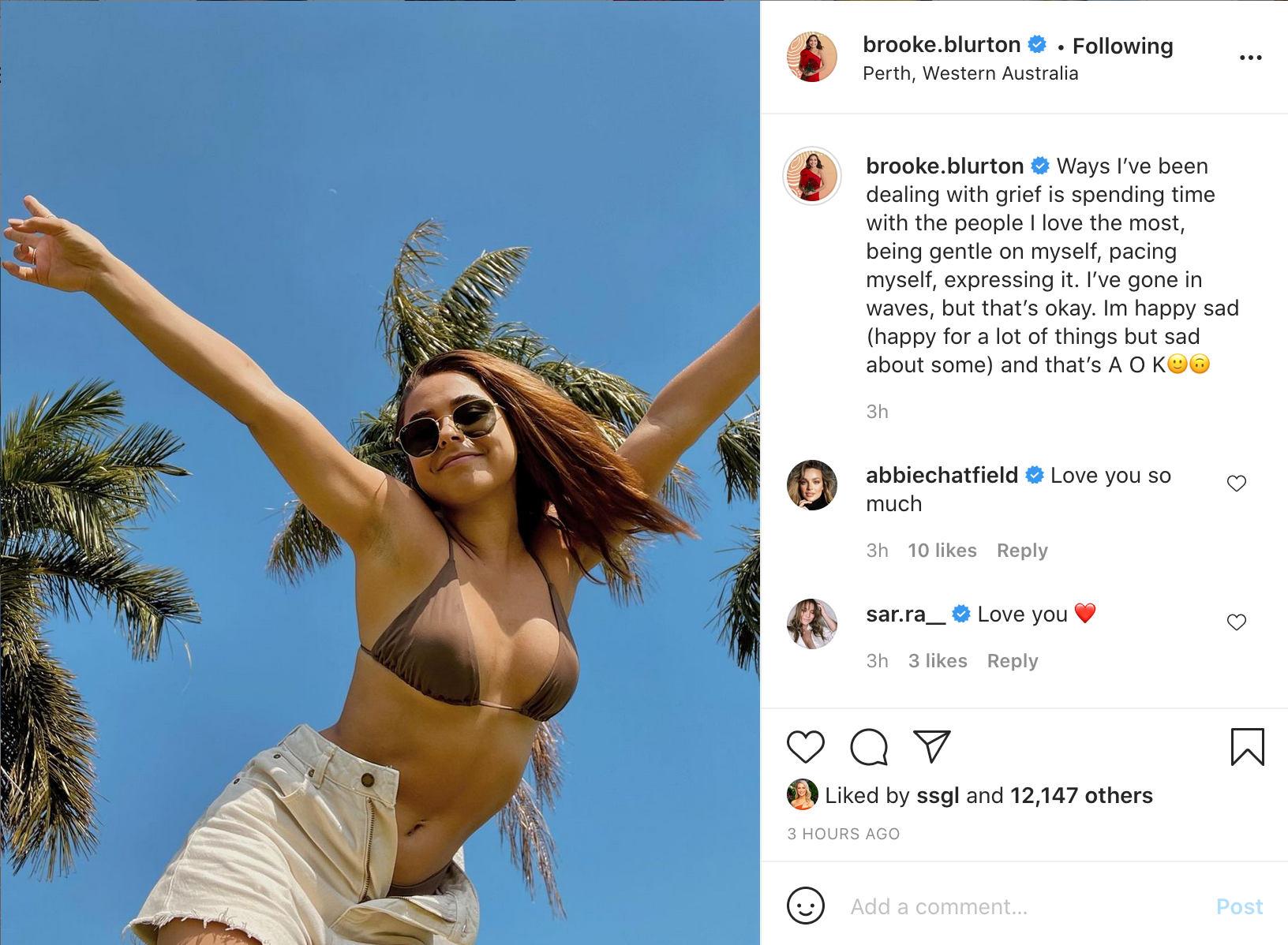 If they only have the finale to film, they could film the finale in Qld. Brooke could fly into Qld without having to quarantine.

Enough wrote:If they only have the finale to film, they could film the finale in Qld. Brooke could fly into Qld without having to  quarantine.

Yeah I considered that too, especially if F1 is from QLD since they could spend time together afterwards.

Just not sure why she's posting pics tagged Perth/29˚ since those stats don't correlate so one or both is wrong IMO.

Maybe she's just messing with us...

Where IS this girl? It's driving me nuts. 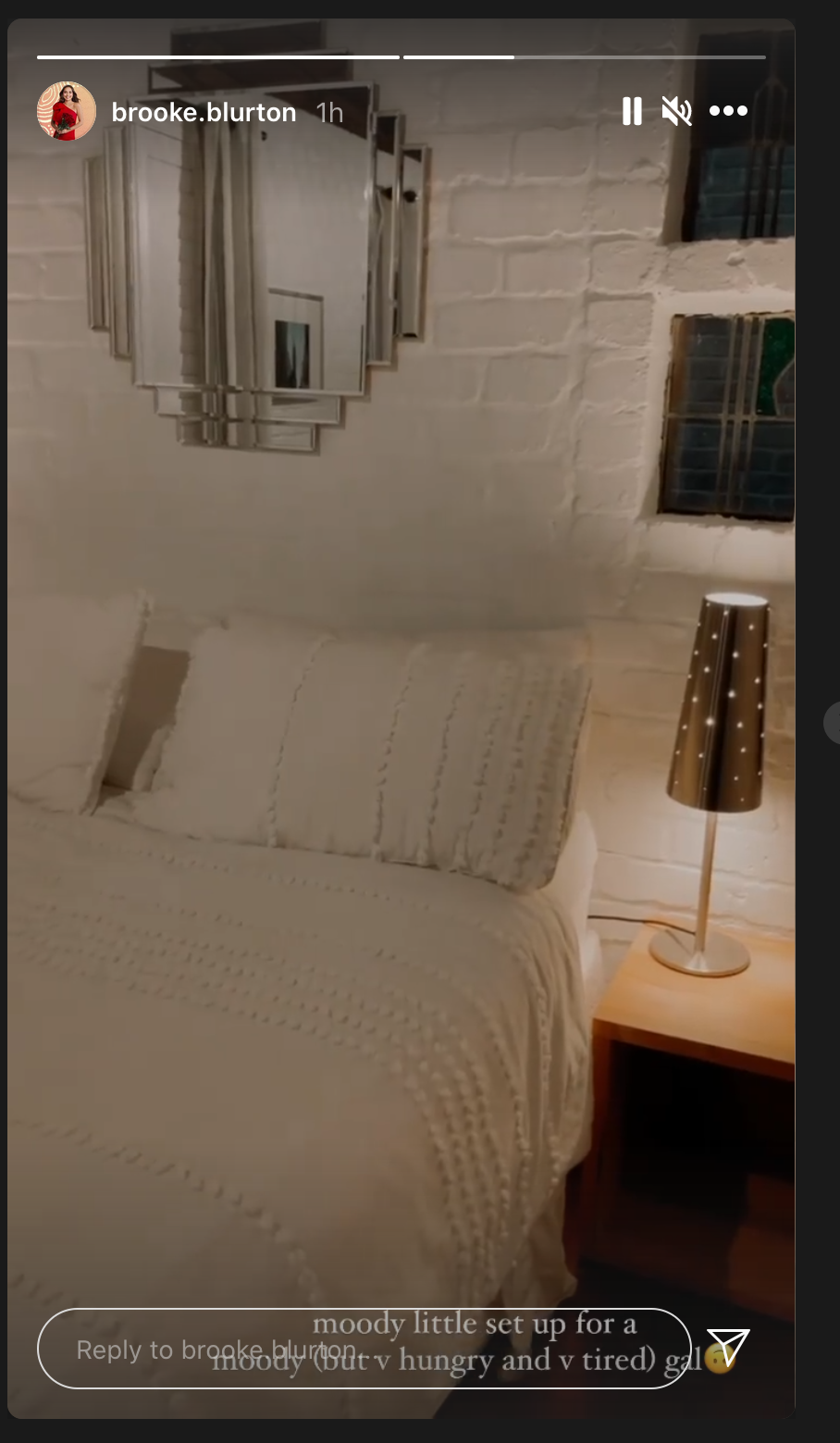 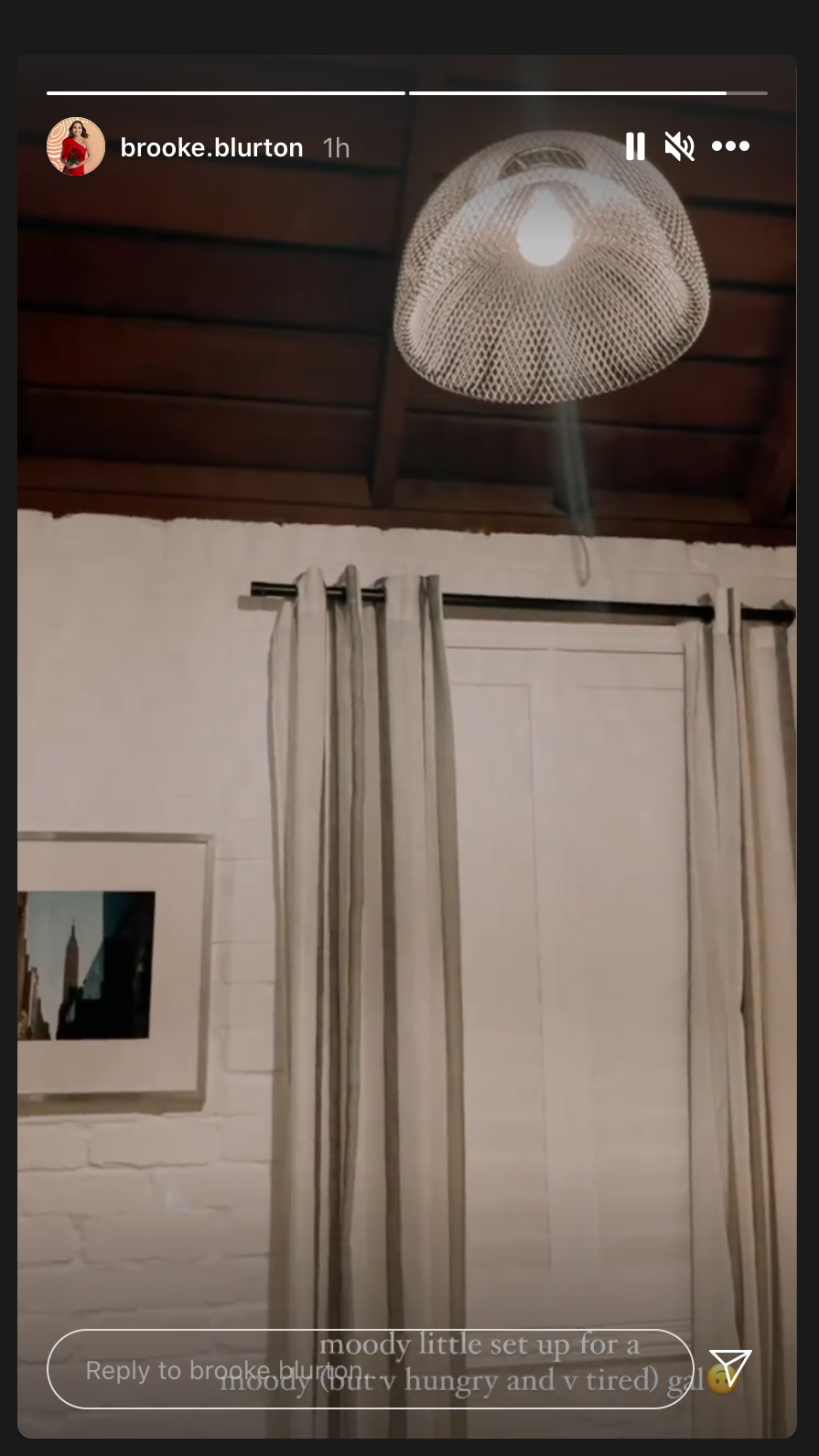