What r the chances the first impression rose would go to a male? Noticed that there are two night one sc of darvid sitting with Brooke but in different locations - outside with lantern and inside on couch. Would they go sit somewhere during his entrance ? Might explain the ‘Darvin show’ comments.

but I think FIR would have to go to a girl. 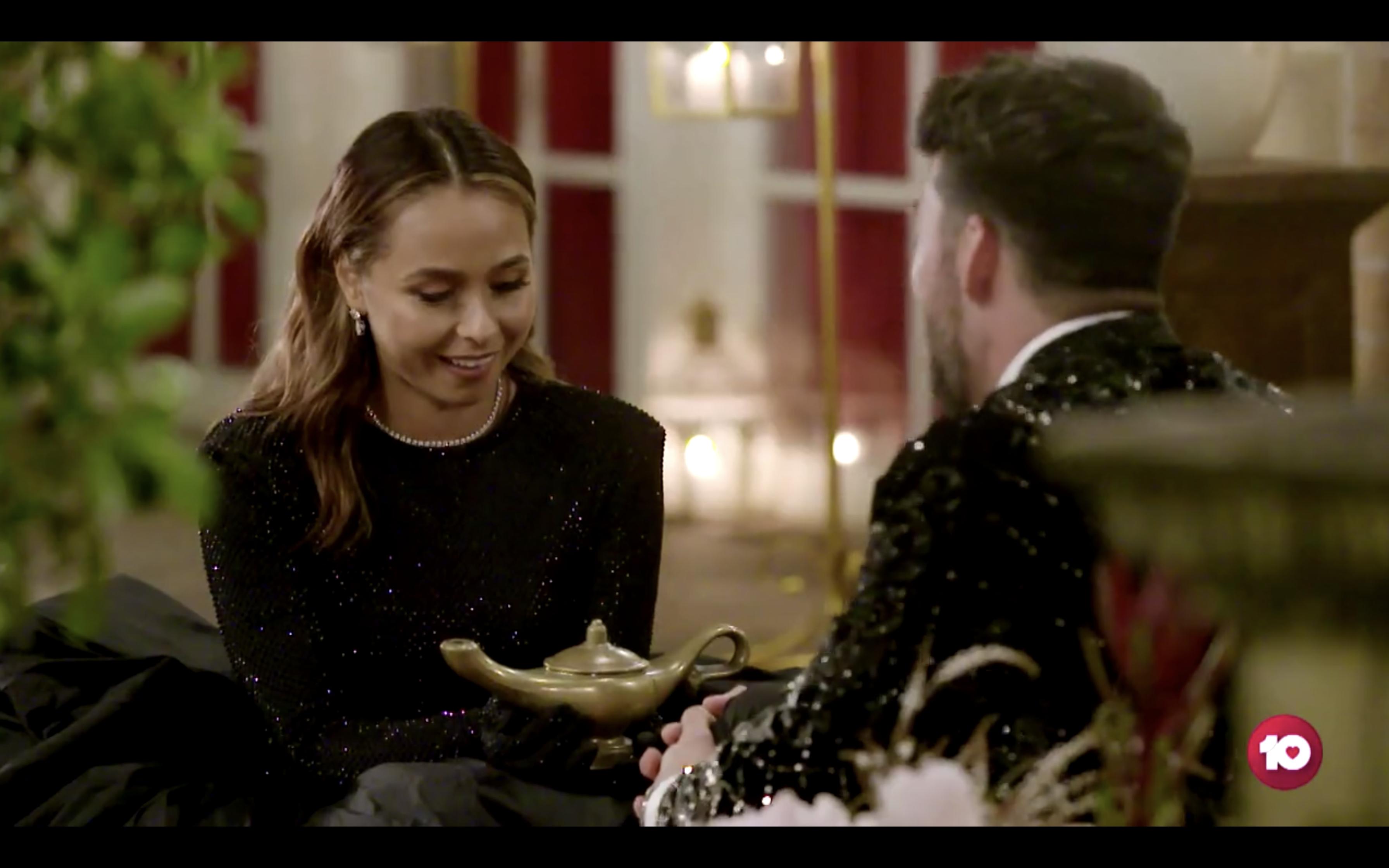 Looking at the dates of the pap pics, Darvid probably gets the second date (he's not on the photoshot GD) so a girl will probably get the first - not Jamie as hers is later so maybe Holly.

@Agent99 Interested to know who you think it is?  I initially thought Darvid but his hair looks like it's parting the other way? 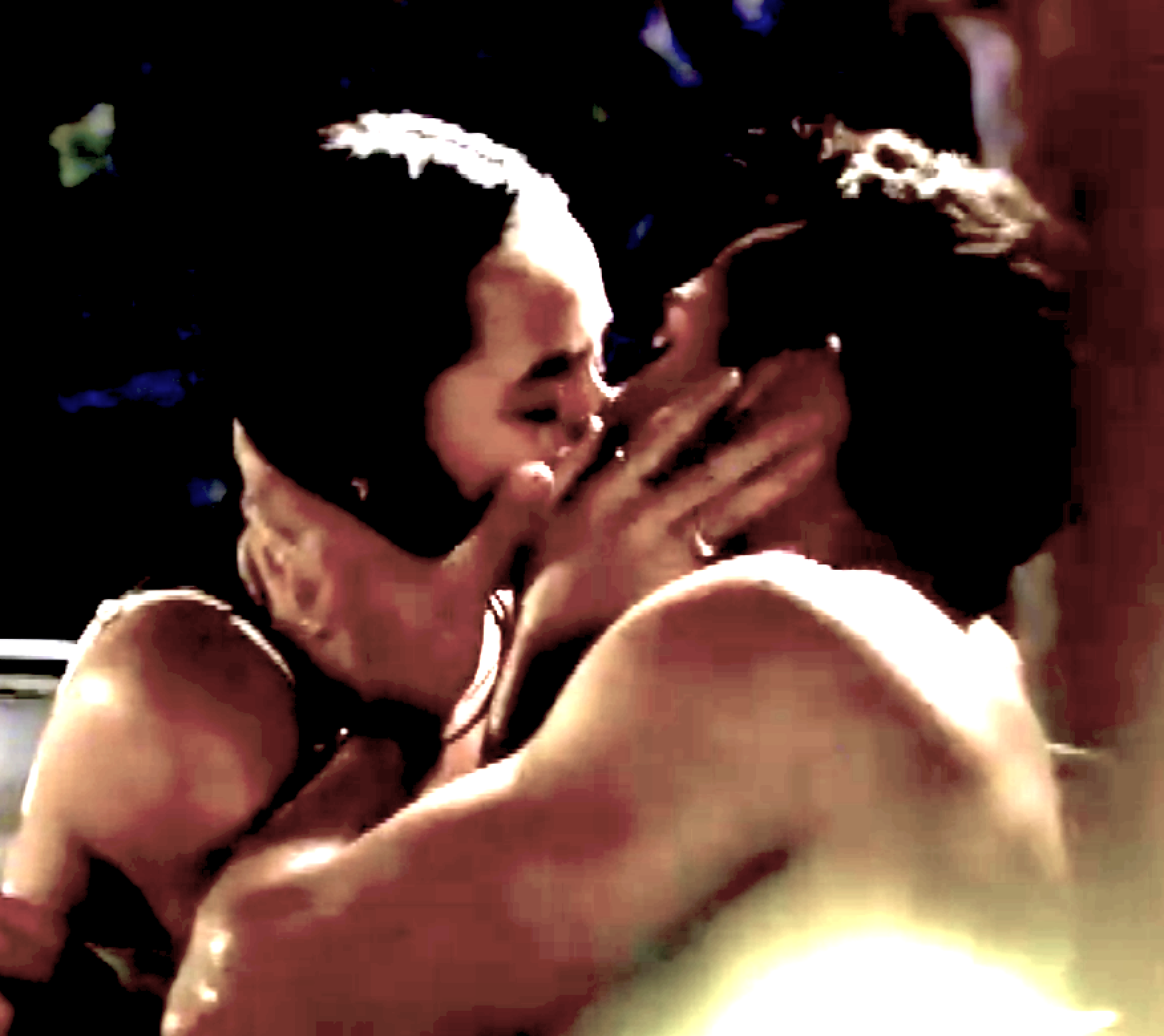 Looks too neat to be Kurt too so just not sure... maybe it is Darvid and they flipped the footage (would not be the first time). 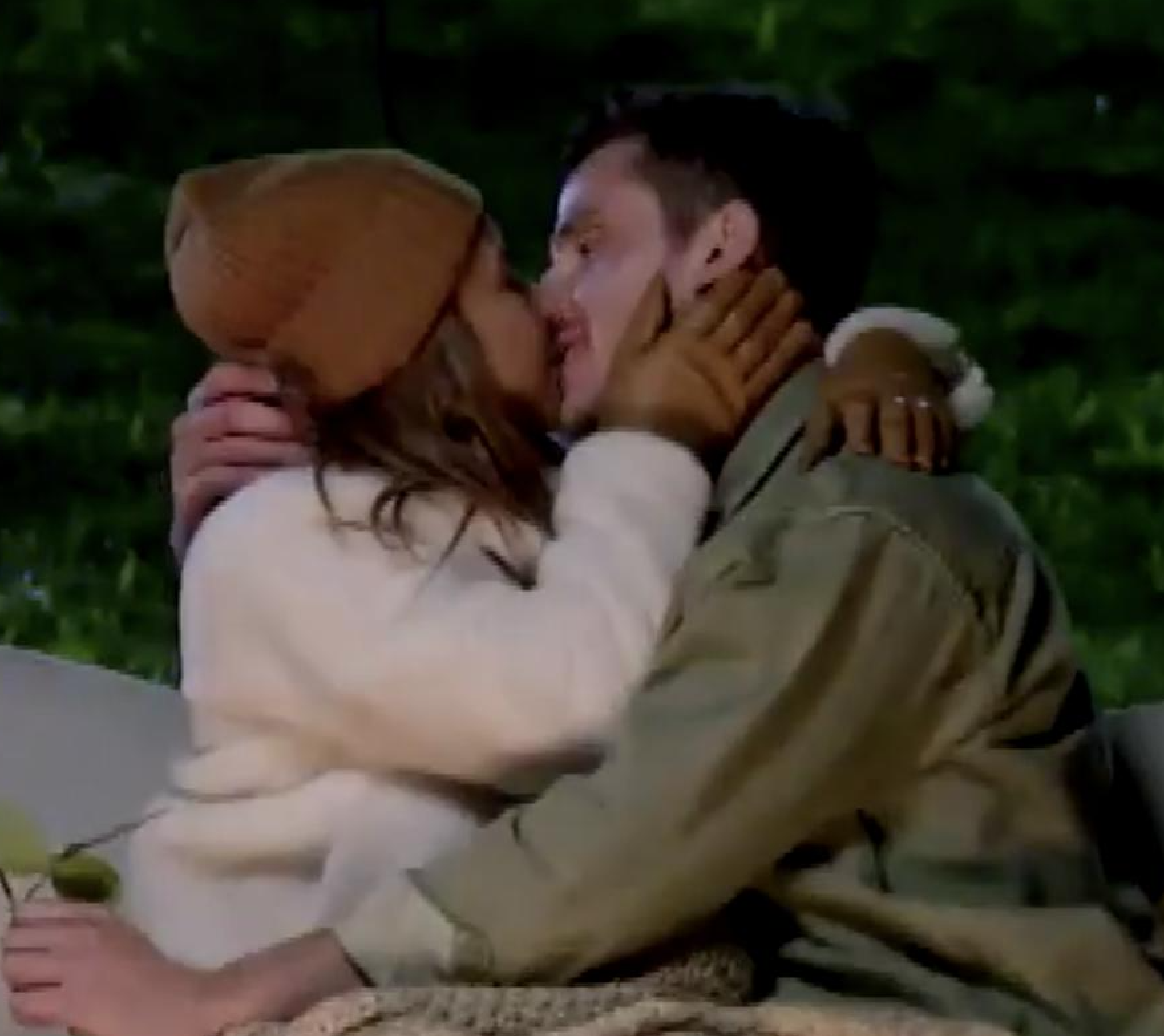 And while you're here, this has to be an intruder, yeah?  Unless I'm missing a man bun on one of the known contestants? 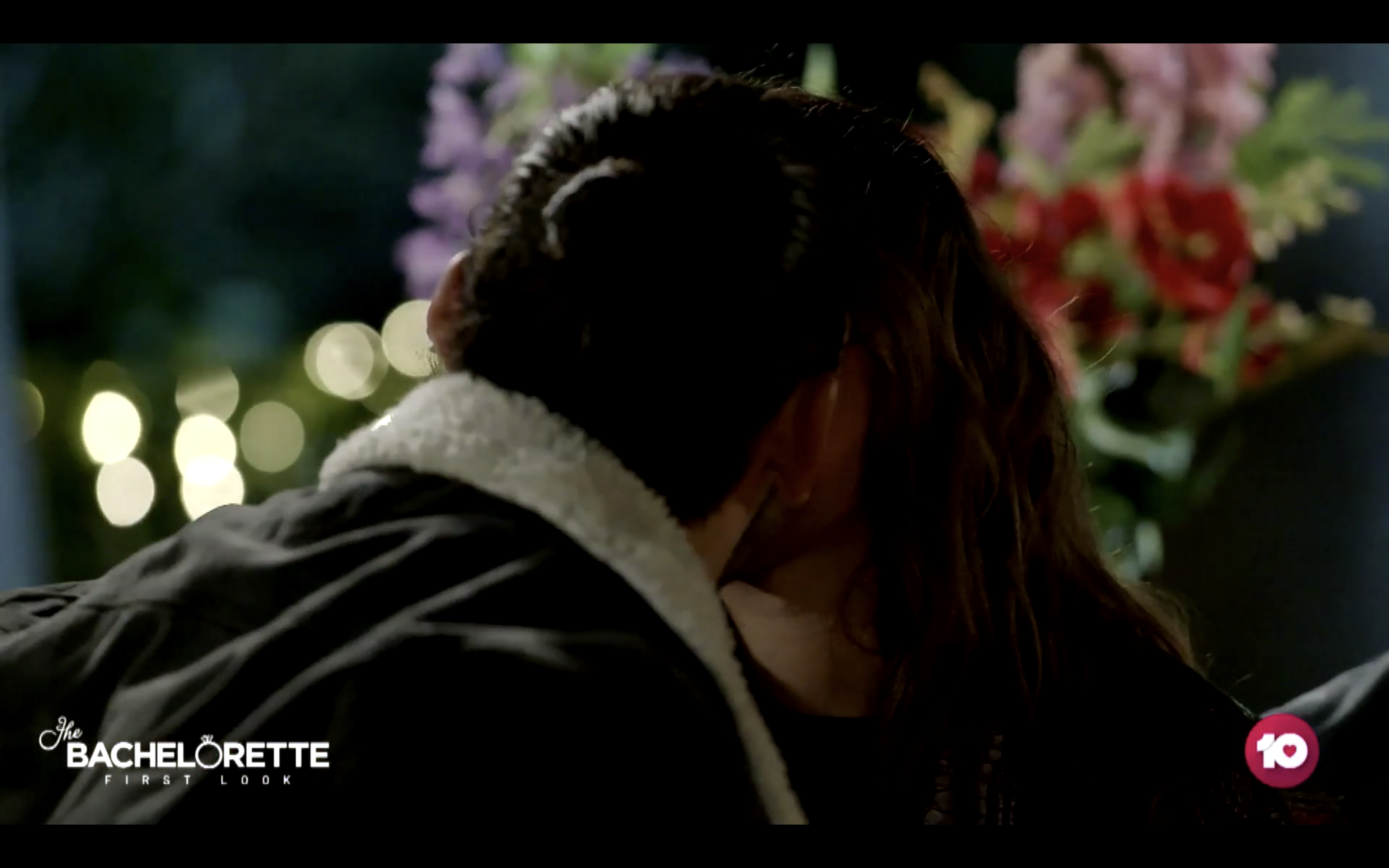 ETA: Just pulling together a set of cocktail party outfit SCs for reference.  If it's only 10 episodes and 16 contestants (plus 1-2 likely intruders IMO) there will probably only be 7-8 CPs before hometowns so they've given us most if not all of them.  Thanks editors. 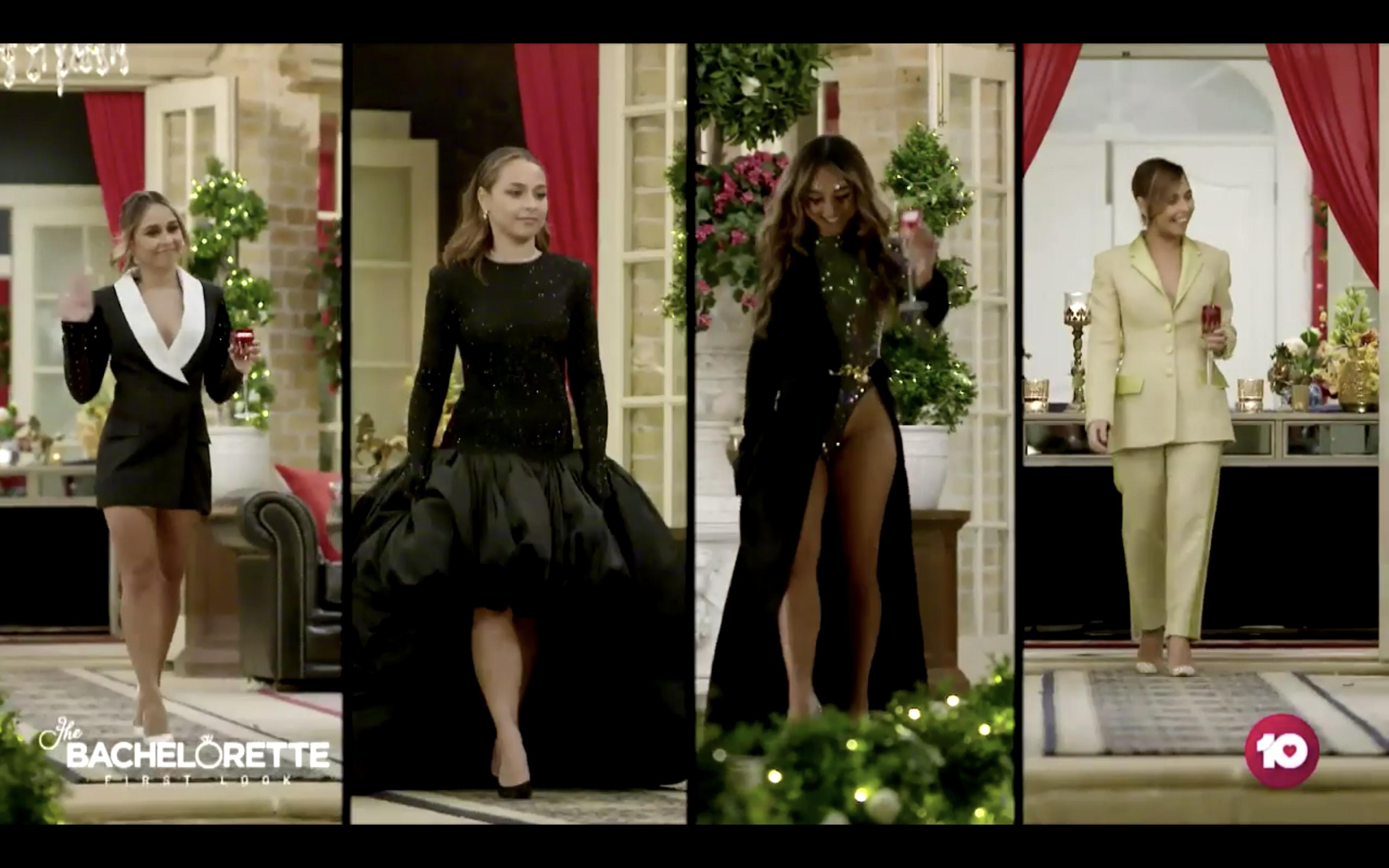 Hard to tell all the guys with facial hair apart.  It looks like Darvid, because his hair is quite boofy on top.  And yep, man bun must be an intruder, unless.. it's a girl

.  But I think I see facial hair again, so probably not.

@Agent99 Sorry I probably wasn't clear - the Kurt one was meant as a comparison to show why I didn't think it was him in the tub (his hair is neater than Darvid's and yes, hands

I agree it's probably Darvid in the tub.  That was my first instinct and fits best - it's not Konrad and I doubt there'll be time for any MoT spinoff storylines which end up in a hot tub.

Yes Darvid imo.  That hairline on one side only is fairly distinctive.  Not to mention the watch/bracelet worn on the same arm and his pistol thumb action

With so many kissing caps, he's a lay down misere. Awesome, thanks for confirming.

She looks like she wants to eat him alive.  Bet they're hoping WA opens up to QLD in the near future.

@Bobette wrote:Just pulling together a set of cocktail party outfit SCs for reference.  If it's only 10 episodes and 16 contestants (plus 1-2 likely intruders IMO) there will probably only be 7-8 CPs before hometowns so they've given us most if not all of them.  Thanks editors.

Missed one - this makes eight. 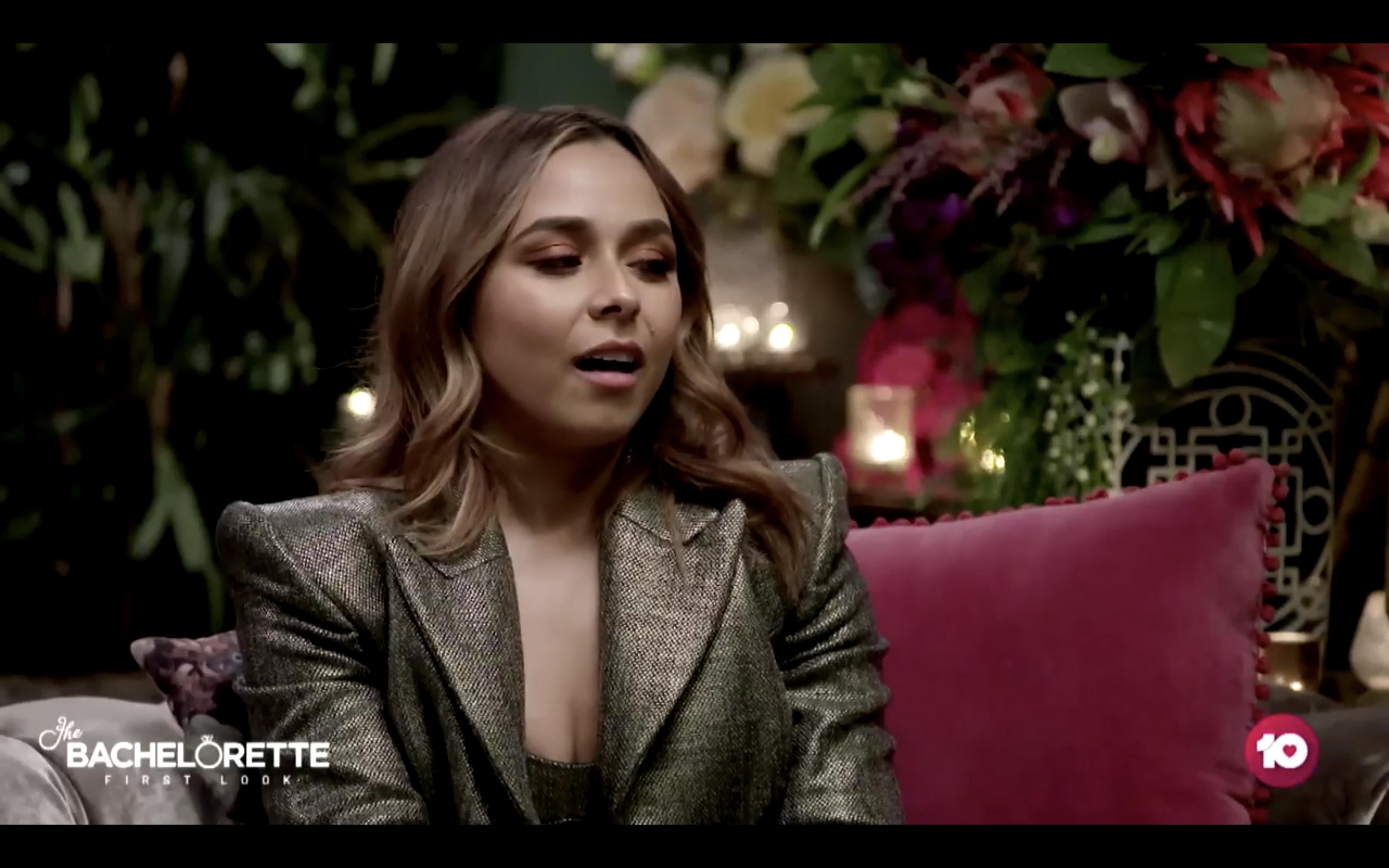 But then minus one because the dress with split is the same as the closeup SC of her kissing girl in pink wig. 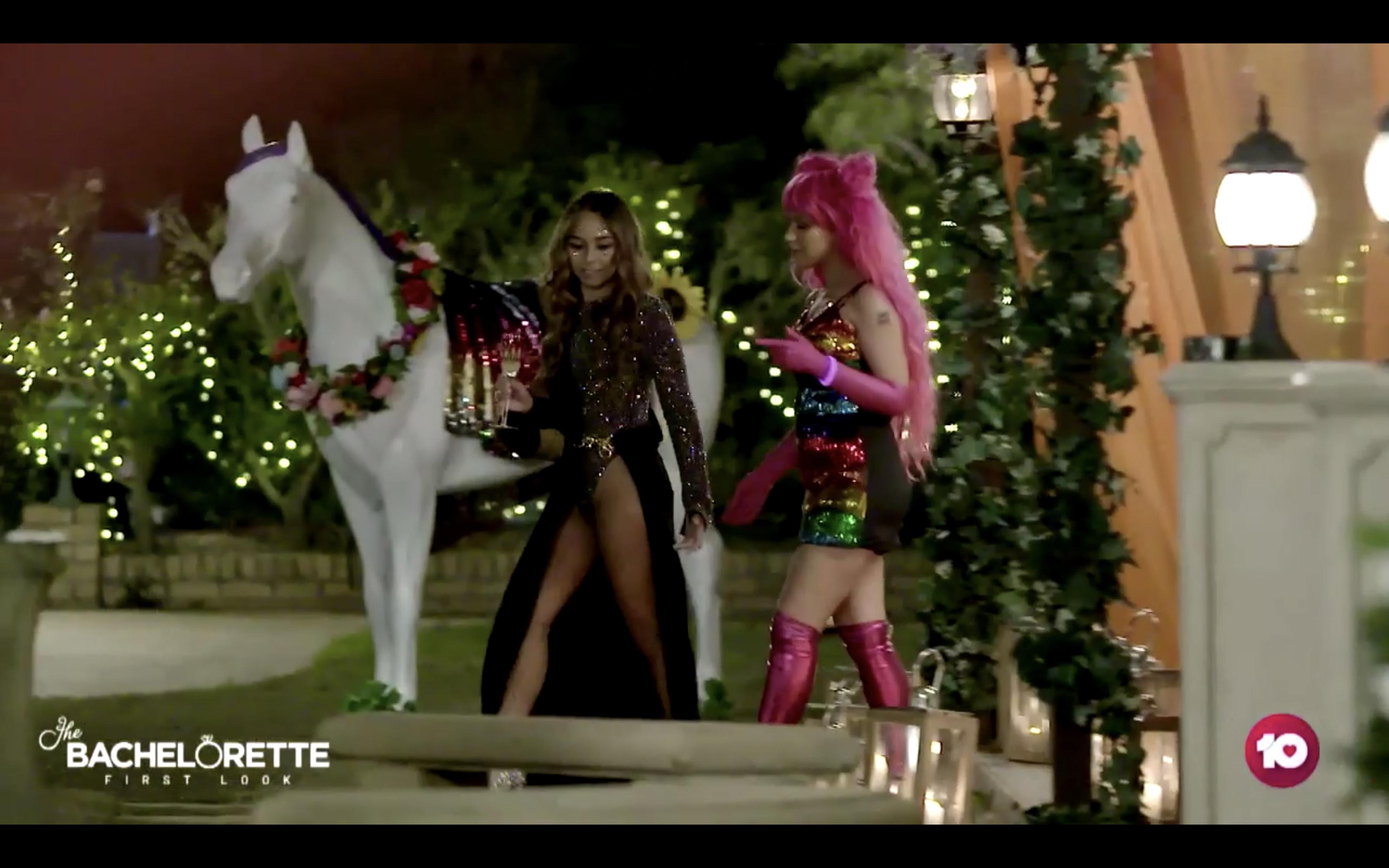 I can't with that last dress. Seriously, that slit is so high, not only does it look like she has no underwear, it looks like they put glitter on her vagina.

Page 4 of 4
+4
Dumb
LeapofFaith
Bobette
GuardianAngel
8 posters
Permissions in this forum:
You cannot reply to topics in this forum