Carissa is looking a lot like F1.  She was absent from social media for 3 months and returned around 25/09, the same time Brooke resurfaced. 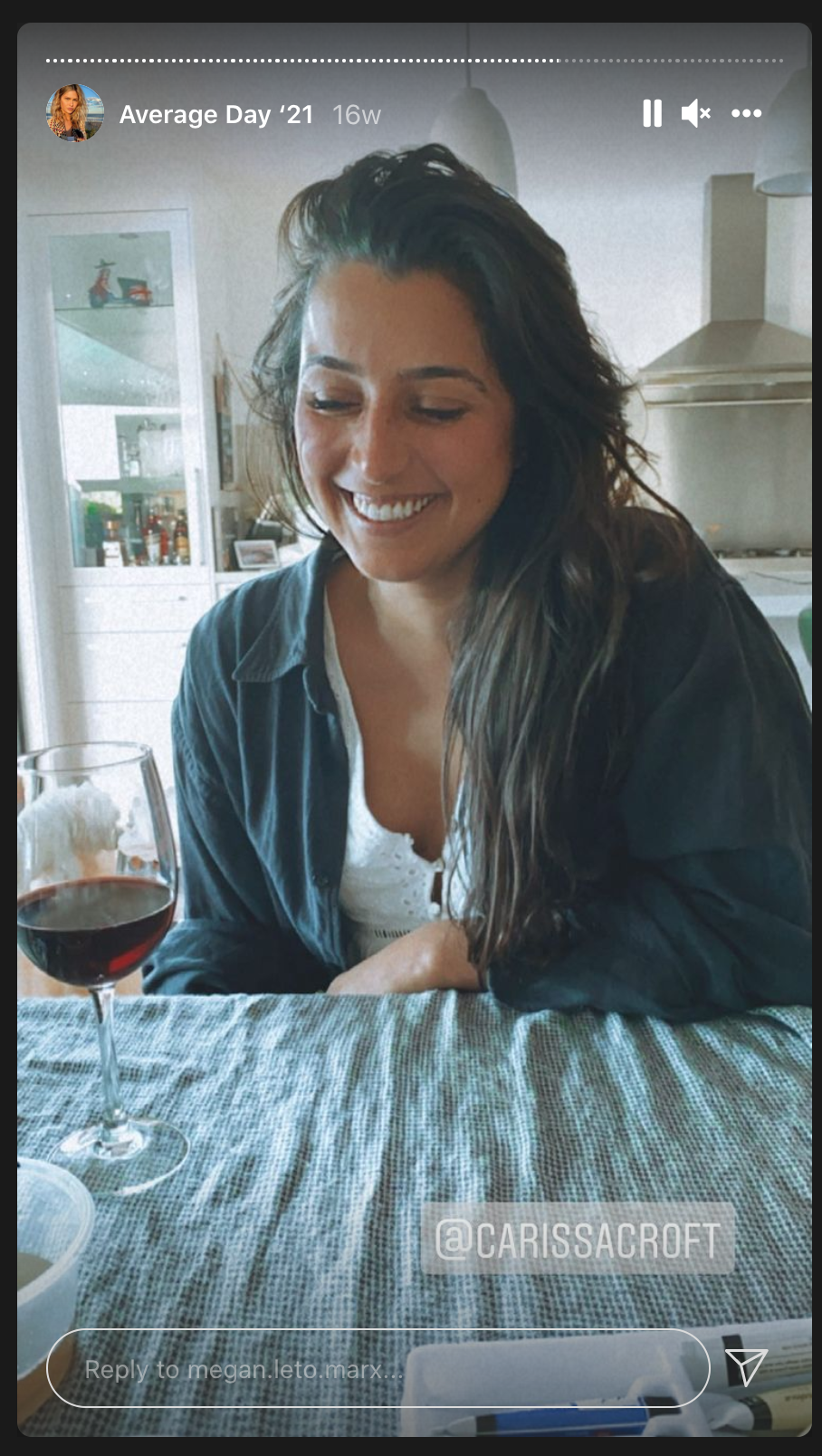 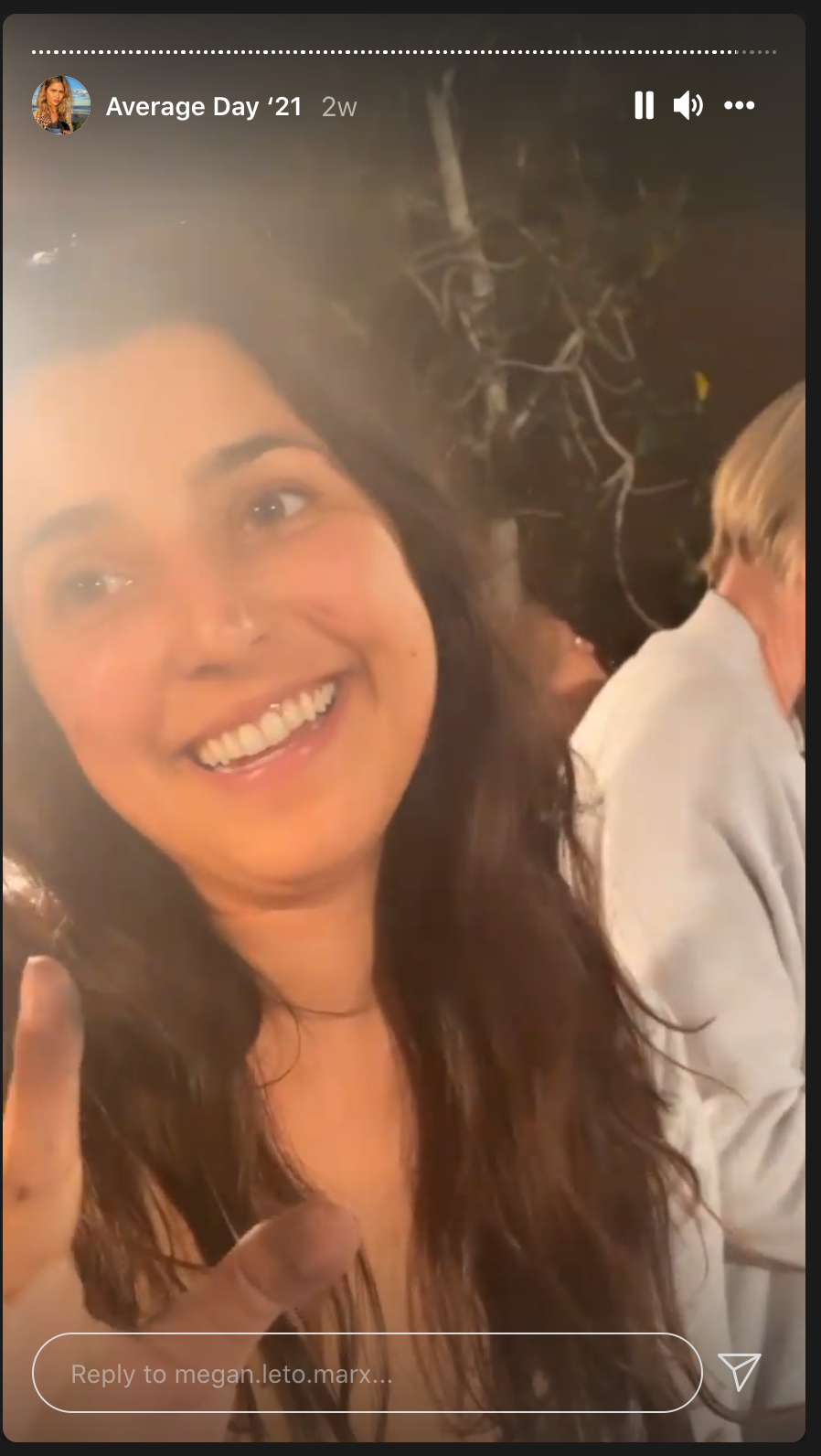 
And of course, Sportsbet.

Trying to reserve my judgment will we see Carissa on screen but finding out she's besties with Megan is not a good first impression IMO.

Why do I get the feeling these contestants are leaking their own details.

Beau Tauwhara aka The Inked Shooter.

"A Sydney-based builder-carpenter who moonlights as a photographer" 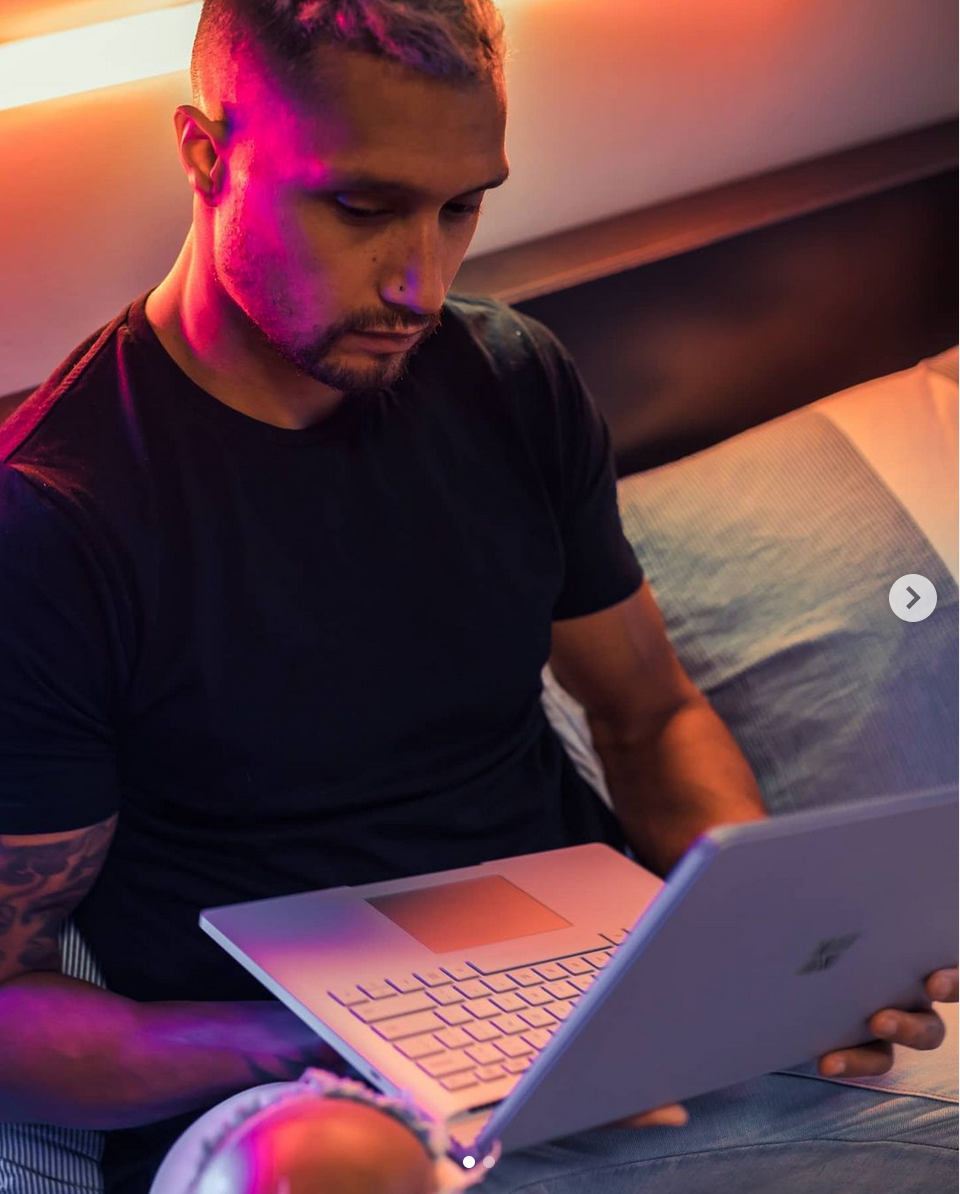 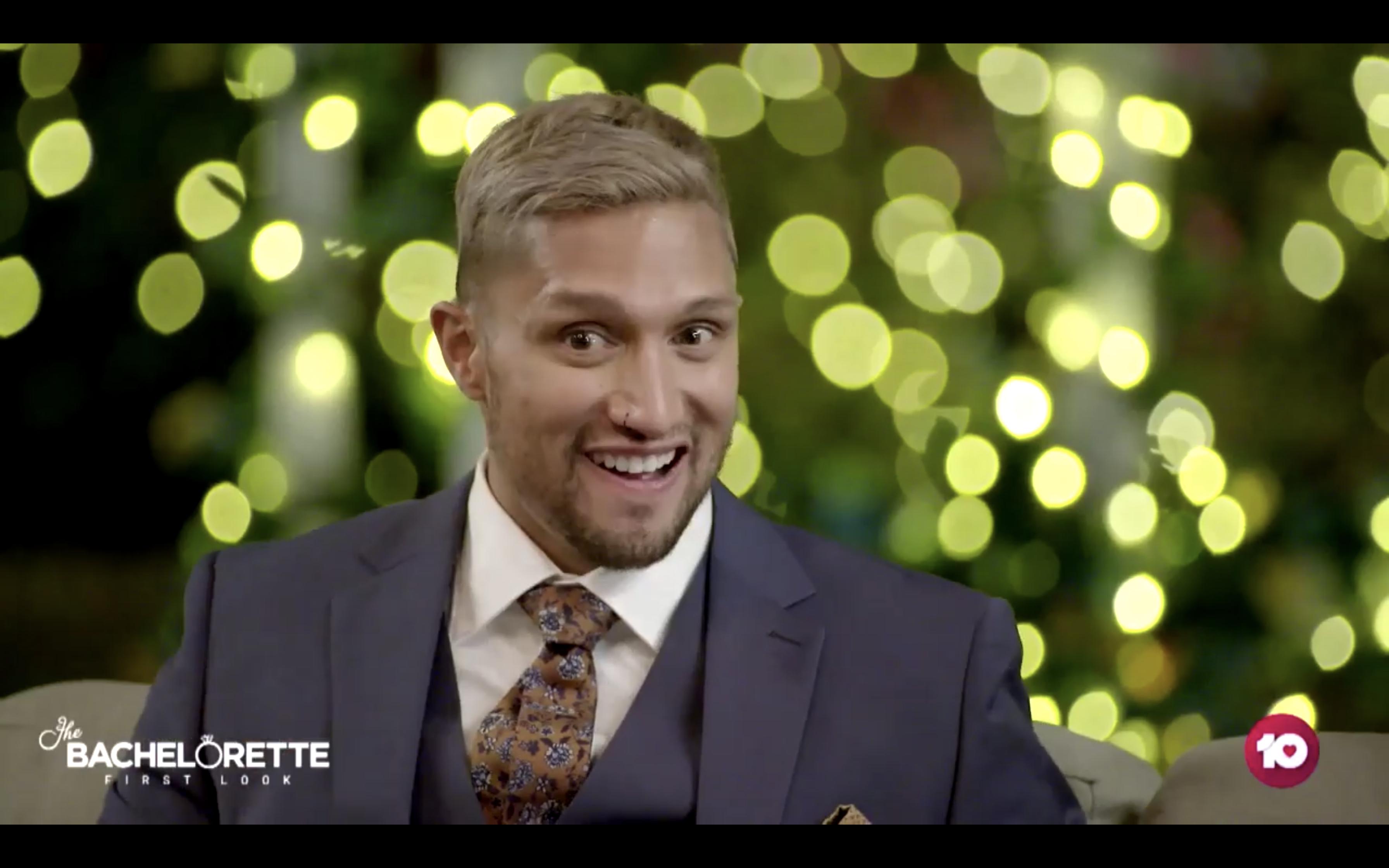 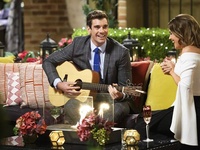 It does make things a little spicier re: Sportsbet but I'm sticking with a female F1 from QLD and most likely Carissa (though I'm interested to see where the Blonde is from just in case

Darvid is clearly getting the physical edit which is classic F2 so that fits.  Could cause issues though if if it's amplified to the point that the audience doesn't buy she's equally attracted girls.

@Bobette: you're all over it!

F1 is normally included in the pre-show insta posts so will be interesting to see who they drop next.

If the blonde girl is also from QLD it will be interesting.

@HalalSnackPack That would be hilarious please let it happen.

. Carissa doesn't have as many SCs as I first thought so I'm rethinking her as F1.  If the blonde is also from QLD that would really spice things up. She's the only other girl with enough SCs to be F1 aside from Jamie IMO.

Jamie's date "leaked" during filming (read: TPTB told the paps where and when the date was going to be, just like Darvid's IMO) so she'll be in the top 5 IMO but NSW homestate rules her out as F1 in my book.  I suspect she was cast as a back up option in case Brooke wasn't feeling it with anyone else.

I'm wondering if the blonde is from Vic.  Sportsbet had Vic as the frontrunner for ages (before the FRC was filmed, after filming switched to QLD and has stayed there).  If she's final 2 but not from QLD then Darvid's F1 IMO, but he seems way too visible and I still think a female F1 is more likely.

It used to be either F1 or F2 released pre-show, never both, but last season it was all the main players - Holly, Jay & Brooke, so who knows what they'll do this time round.  They seem to get lazier every season TBH.  Remember back when we used to get little "meet" vids for the contestants?

I await the next contestant release with interest.  The guy with the bleach blonde hair and silver jewellery might get a mention since I suspect he'll be the "villain" pursuing other women, or they might go with Kurt who appears to have been cast in the role of knight in shining armour.

I feel like you could be right RE Jamie. I think if there were any real spark between them then something would have already happened. She probably made a safe back up plan to ensure there was a viable female F1. From the promo and leaked pap pics it just doesn't look like there's any chemistry there but we'll see

That's true! They used to give us those quirky little videos of the contestants. Jimmy's season was such a hot mess, they probably had to show all the main players early because Jay was originally his F1 and his connection with Jay was so obvious that they had to push a whole lot of Holly content to try and make it believable when his connection with Jay went south and fake that Holly was his pick all along (alas, they failed IMO

). I still want to know what actually happened there but will probably be waiting until her contract is up.
Do we think they're going to take over the contestants' insta handles again? I hope not

ETA I agree, they'll probably drop a villain next and what could be a better villain then someone who hooks up with other contestants. I'm so here for it hehe

So I have been bored and scrolling through the comments on one of the promos. Could be late to the party with this, but this girl has been tagged multiple times

Fantastic work @HalalSnackPack I will set up a thread for Coco.

Steve Pliatsikas. Rugby player.  Briefly dated desperado attention seeker Nikki from Matt's season and has either done a full wipe of his IG posts or set up a throwaway account for the show, but I'm sure he's totally genuine and there for the ~ right reasons ~ ... right? 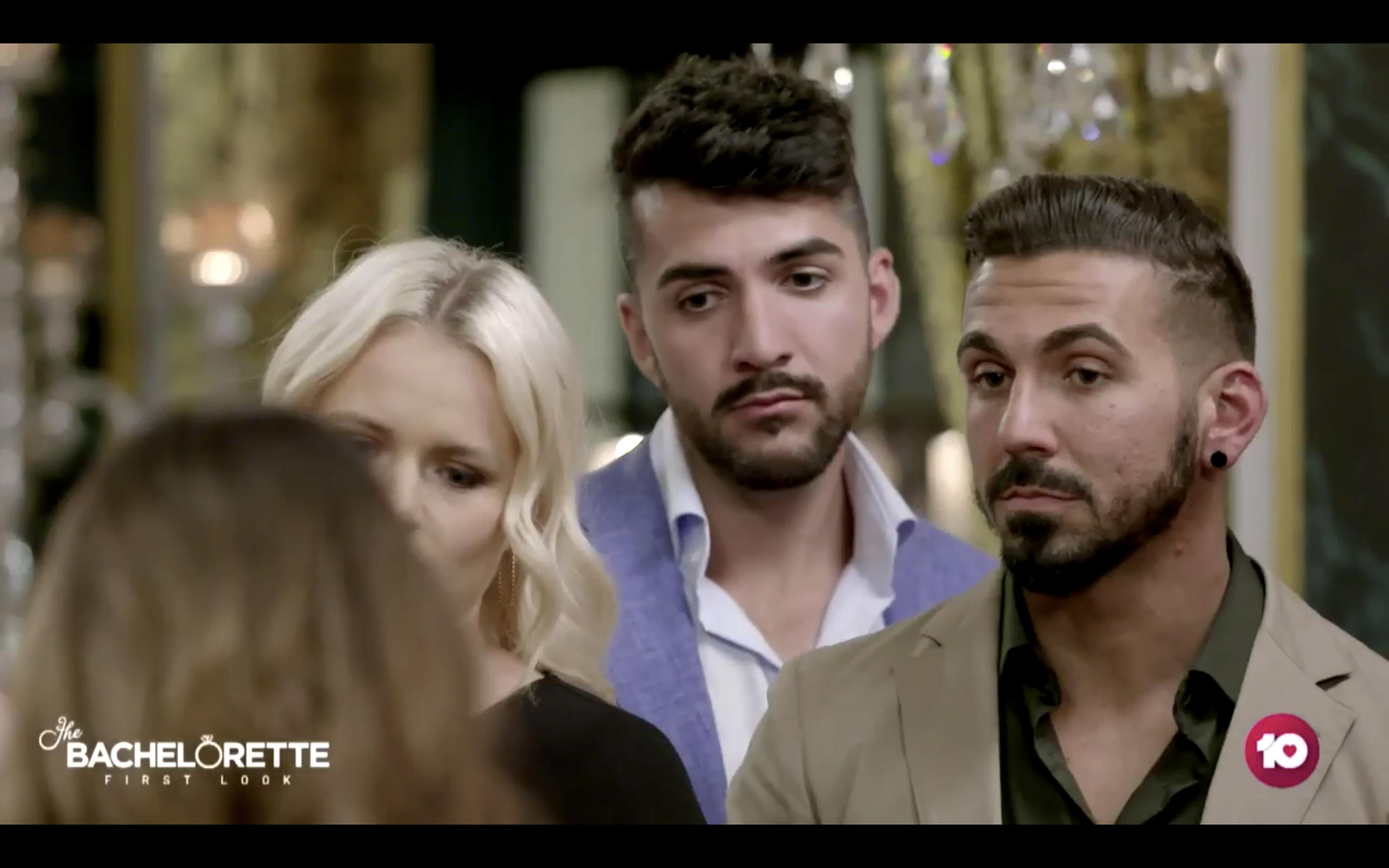 @Bobette You are so cynical. I can't imagine why!

Page 2 of 2
+3
Dirty Street Pie
Bobette
GuardianAngel
7 posters
Permissions in this forum:
You cannot reply to topics in this forum