Yep definitely a Melbourne girl - she's tagged by friends who live in Vic. 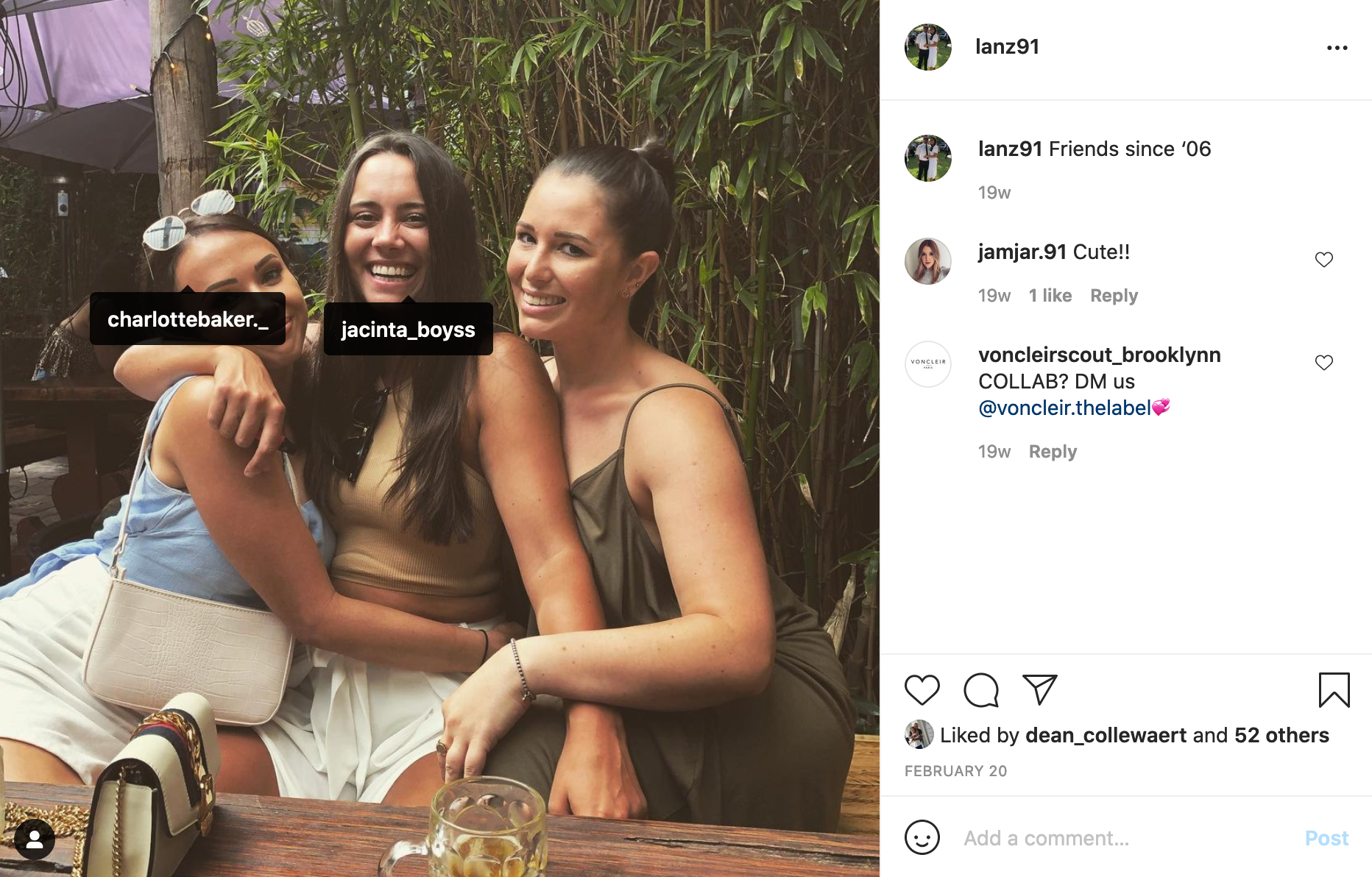 Jacinta works for Yellow Folder (don't really understand what they do, but she's listed as a client services director).

I know her from high school. She went to MLC.
Her sister is married to tennis player Sam Groth.
She dated rapper J-Wess for 3 years or something, he was a big deal back in the early 2000’s.
She’s been around the Melbourne scene for a while. Last I heard she was with Chef Matt Butcher who is best mates with Dale Thomas. She’s also followed by Brendan Fevola, Foreman Dan from the block and his wife Dani and Chris Goulding who plays NBL.

Welcome @bachgiril2019 thanks for the info!

Hi again. So a friend of a friend who also went to school with Jacinta told me that she is ONLY dating women now. Her profile is on Hinge and set to women.

She should have applied for Brooke's season - probably would have gotten more airtime.