laurajean1220 wrote:Is 5th rose ceremony on Monday. If they traveled to London on Wed and thurs was b roll (jet lag day) then Fri, Sat and Sun is dates with Monday rose ceremony. They usually do 2 on one before 5th ceremony so wonder if that will happen in London. Anyone have any idea on when 5th rose ceremony is. Also, any bets on what next country will be? They usually like to stay in same proximity and not go where they have gone before so I am guessing Scotland, Ireland or the Netherlands but I read somewhere else speculation is Poland but thats too close to the war in Ukraine IMO.

Sorry Laurajean but they’ve been t9 all of those spots…they’ve been to Amsterdam twice in the last four years!

All Bachelorettes but still in the franchise.

Poland would be interesting!

If you look in the stats section here you can see the areas that both franchises(bach and ette) have been over the years. I need to update it.

There is a lot of good information in the stats thread.

smg2587 wrote:Sorry for the double post but producer Parisa is posting for a London bar company. So that might be the next filming destination. She does seem to be traveling with production  and left a day or two later than the others to get to the Bahamas. Hadn’t posted anything with locations since last Thursday.. Also she tends to post one meal or drinks she has with the lead at least at one location during the season. Paris for R/G and was posting htds during. Clayton’s season (3 of 4), so these type of post aren’t unusual from her.

So after you posted this @smg2587 I went and got a pic of it from the producer's IG source. 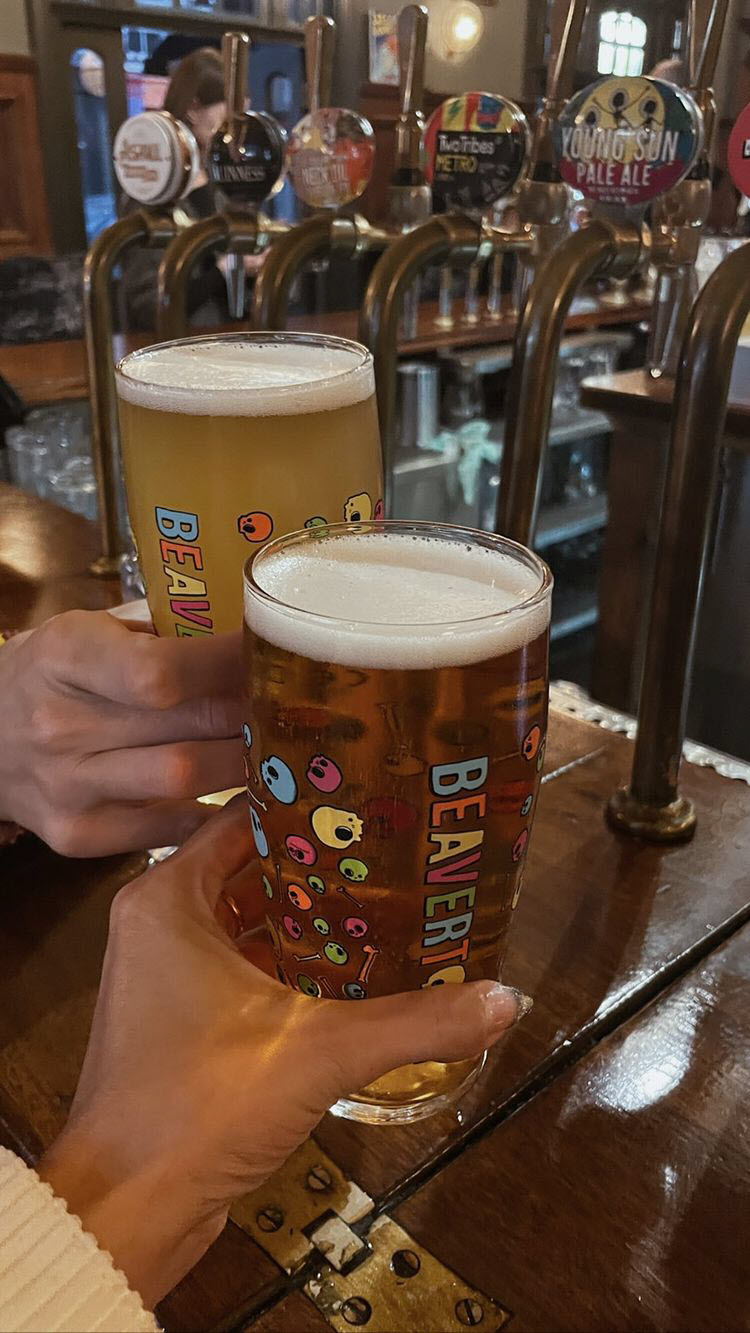 I began looking at the pubs in London and quickly found out that so many are so close in resemblance due to London and there are actually over 3,500 pubs in London proper.  I believe that what I found below matches best:

There aren't many hotels in the area but there are a lot of sights so I am thinking that since this was actually posted on what could/would of been a B roll filming day, that is likely what happened----they went for a pint after filming.

Because in the below pics you can't really see the names of the draft beer on the racks, I found this site that deals with different beers and pubs in Europe.  On that site, I found out that Young Sun Pale Ale that we can see on one of the taps in the pic above also shows locations that you can find Young Sun in pubs.

By using this, I found out that the Duke of Wellington is also on the site and one of the beers listed there is also the Young Sun Pale Ale by Beavertown Breweries:

So below you can find some pics that I feel matches up pretty close to the one posted above. 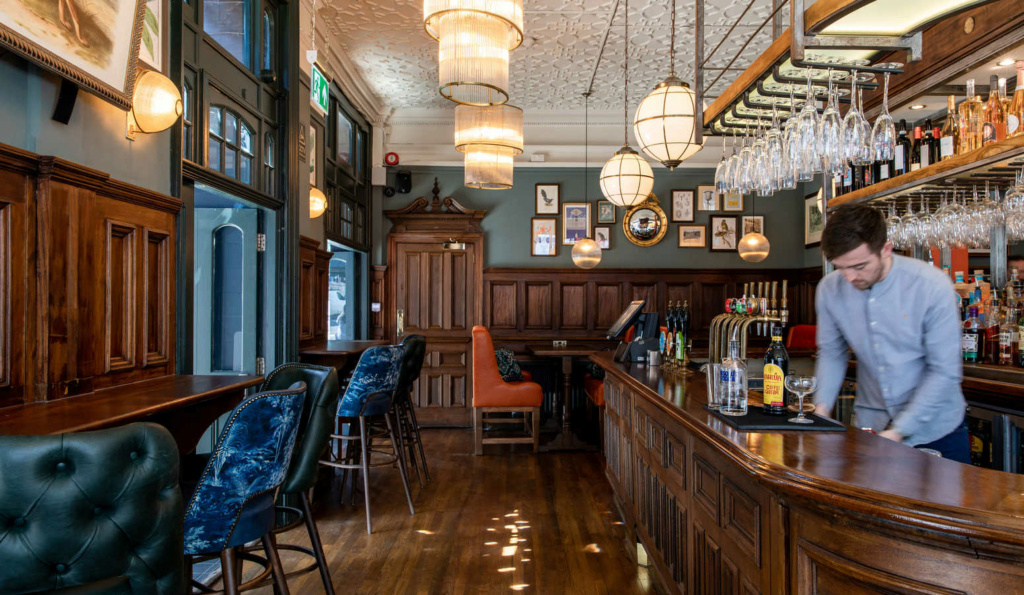 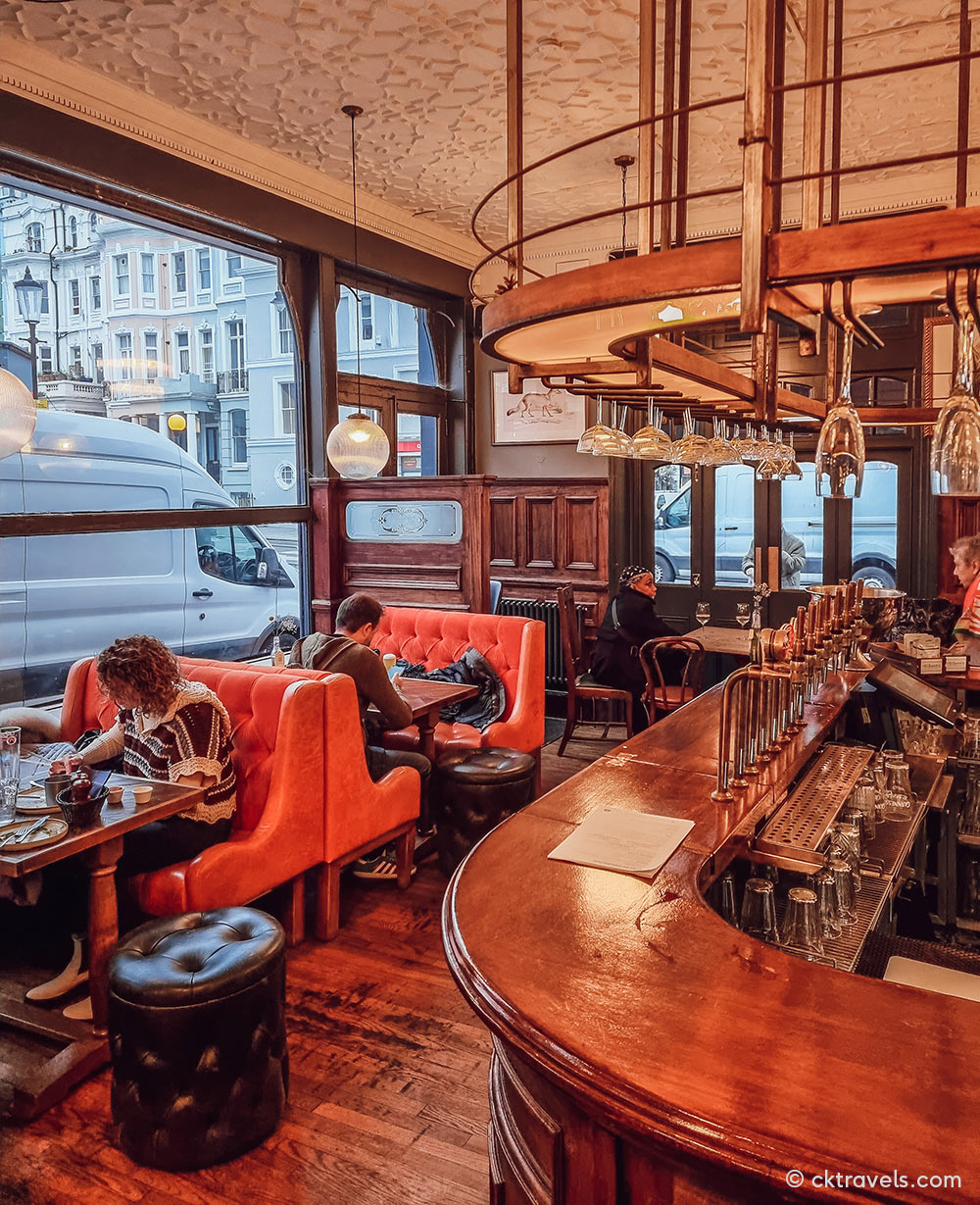 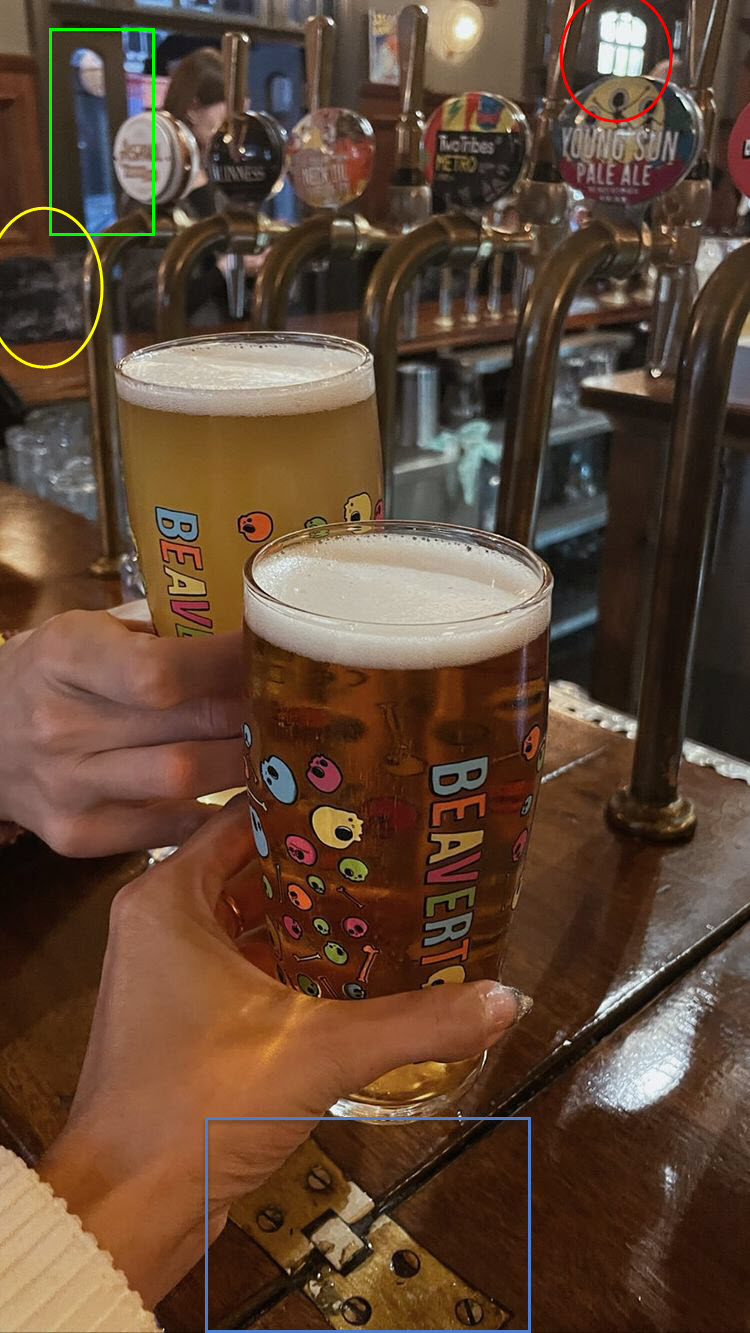 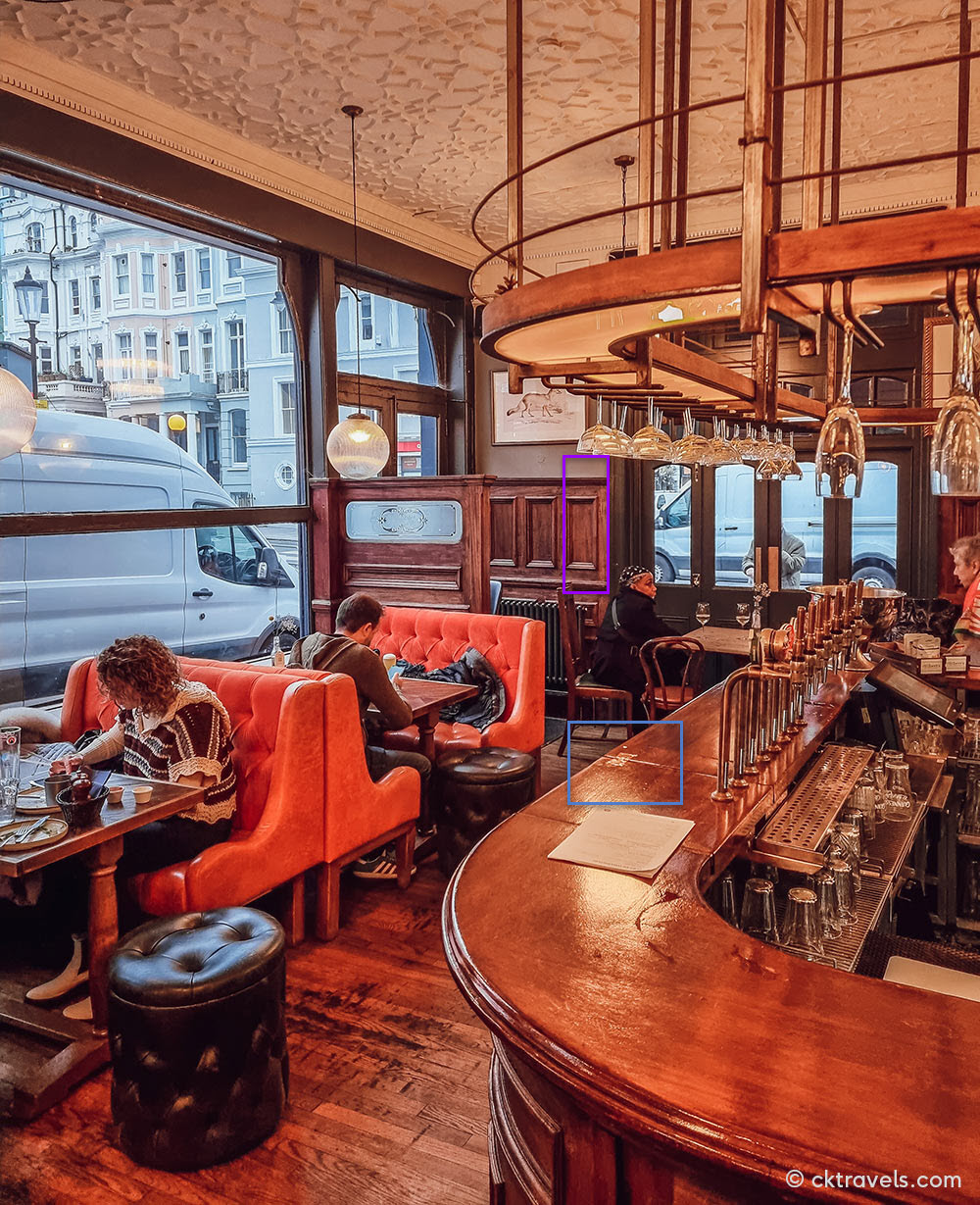 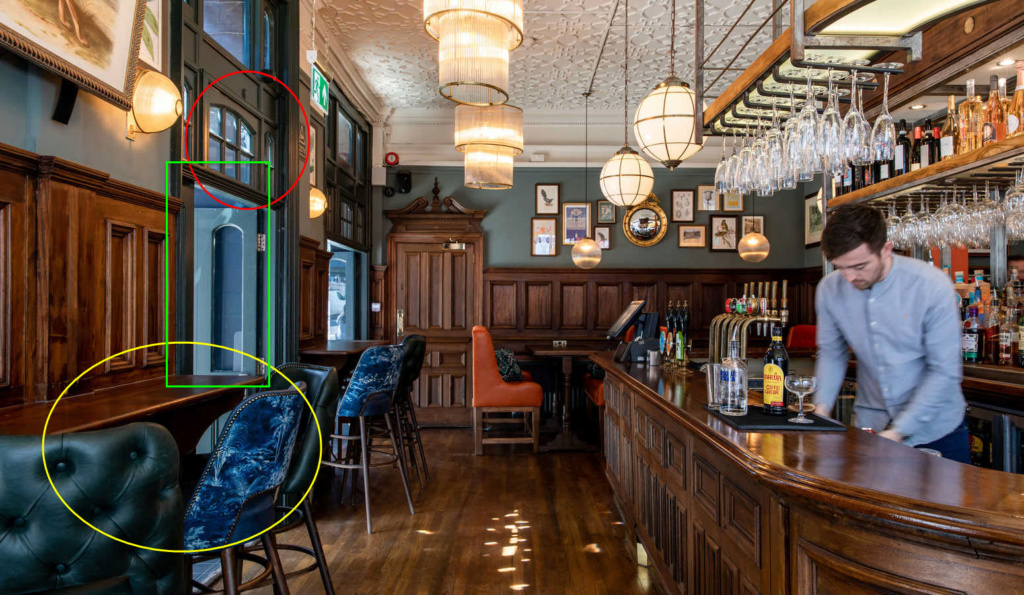 If Rose Ceremony in London was last night then today is a travel day. Anyone hear anything about where they are heading. I cant believe no one wouldnt notice 9+ gorgeous girls in an airport and then put 2 and 2 together.

@Aunties_Love thanks for all that! Looks like a few matches. It will be great to have it confirmed when it airs!

@Norcalgal @GuardianAngel Thanks so much. They are all of the same place, just different angles to get all of the match in.

laurajean1220 wrote:If Rose Ceremony in London was last night then today is a travel day. Anyone hear anything about where they are heading. I cant believe no one wouldnt notice 9+ gorgeous girls in an airport and then put 2 and 2 together.

Actually, they should be doing the on the 18th....Mind you, it is after midnight in London, UK right now so they could be travelling.  Someone on Reddit says that they are going to Warsaw Poland....guess that is something to keep an eye on, just like others think they will be going to Italy.

@Aunties_Love  Great job Auntie!  I read they were going to Warsaw Poland also but cannot remember if it was from a reliable source.  Hope so, I'd love to see this.  The locations are always something that can make a season for me.