@GuardianAngel We have seen in the past where the guy/girl takes the lead outside for some private time during a RC and says then that this just isn't for them and doesn't want to accept the rose, I am wondering if it could be one of those times though????

GuardianAngel wrote:I don't want to see either of these girls get rejected. Since when do contestants decline accepting a rose? Has there ever been a bachelor who was rejected when giving out roses?

They are up to something IMHO and I'm not liking it.

I thought it had happened during earlier seasons?

I just googled...Ben Higgins was rejected by Lauren Barr in the second week. There was also someone on Brad's season.

@Sprite I just listened to be Higgins’ podcast with Andrew Firestone and someone left early on in his season. And I sort of remember it

Thanks for the updates. I didn't recall and didn't go searching.

If the couples are staying an extra day or two, I think there's no reason for him to stay imo.

I think likely knowing what we know....we have IG's from Jessie of him in the sun with his wife on May 12, he was still there then.  We also have IG's of him arriving home today and being reunited with his dog, IMO it is a safe bet that the FRC was either May 12 or May 13. Then we have "confirmation" from a poster on Reddit that Aven was eliminated in 3rd and was sent home May 13. IMO, this could actually mean that the FRC was the 12th per seasons in the past where the F2/F3 were sent home the morning after the FRC.  Pls correct me if I am wrong on this.

This is how I have that filming schedule as of right now but IF the FRC was on May 12, there is room for it as I don't think they needed more than 1 day to travel to Mexico.  We have them travelling to Mexico on the 1st of May.  Theoretically they could have the FD's beginning on May 2 instead of the 3rd as I have it below, therefore, they could have the FRC on May 12.

IF they are changing locales, then add a day or two onto the next portion of the schedule

In the past, we have seen the F3 go home the day of, the day before, and the day after with the F2, so IMO, there really isn't a pattern, but I am in the mindset that the FRC could of been on the 12th because in the past the night of the FRC or next night the crew got together for a "wrap" party.  This would put the FRC on the 12th or 13th, knowing that Jesse was home today during the daylight in Toronto and that would of taken 5'ish hours flight.

Out of curiosity, I believe that I found Jesse's flight for what it's worth, just going by the time of day, when he posted the pic about being home-reunited with his dog.

Jesse doesn't live in Toronto. He lives in either NYC or Connecticut. He has lived in the US for years.

Jesse and his wife also spend quite a bit of time in Miami as well.

suzq wrote:Jesse doesn't live in Toronto.  He lives in either NYC or Connecticut.  He has lived in the US for years.

OK, if that is another possibility, then we are looking at this as the possible flights then considering the time the IG pics were taken: 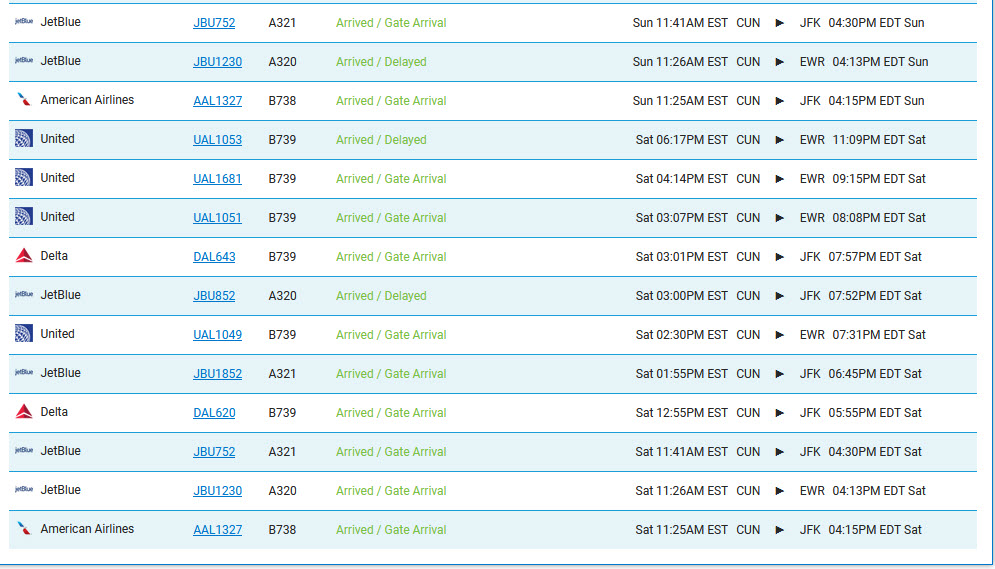