@GuardianAngel I just mean like how we can upload/host a photo, I wish we could also upload a video.

Brooke got a paint by numbers made of her and Darvid's first photo together post filming 🥺 v reminiscent of Alisha's Fiji PBN - possibly where she got the idea. 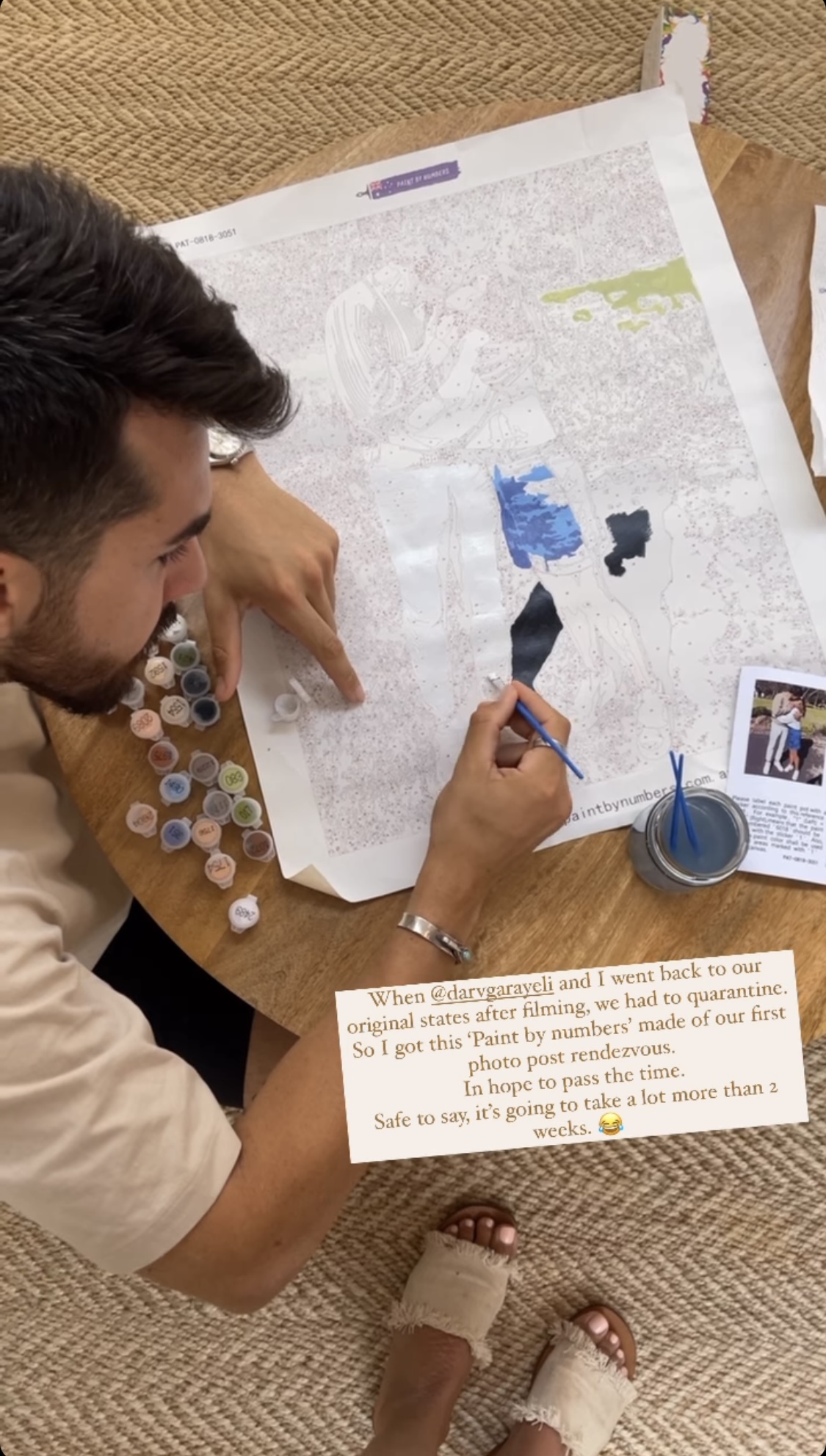 why do I find this so funny?!

@butterflylove thanks for all the updates. They appear to be very happy.

I'm not sure what type of video you are referring too. Depending on the type, it's different for several types.

For IG you can post pictures and vid's by choosing the three dots top right of the pic/vid you're looking at. Choose embed, choose copy embed code, the code is already copied so all you do is paste here.

For youtube's, there is a youtube icon in the reply box, 5th to the right of host and image. Paste the link, insert and the youtube will appear in the post.

For IG stories, while watching the story, copy the link and paste it here, although since they disappear they don't remain on our forum.

something major must've happened for them to split so suddenly imo 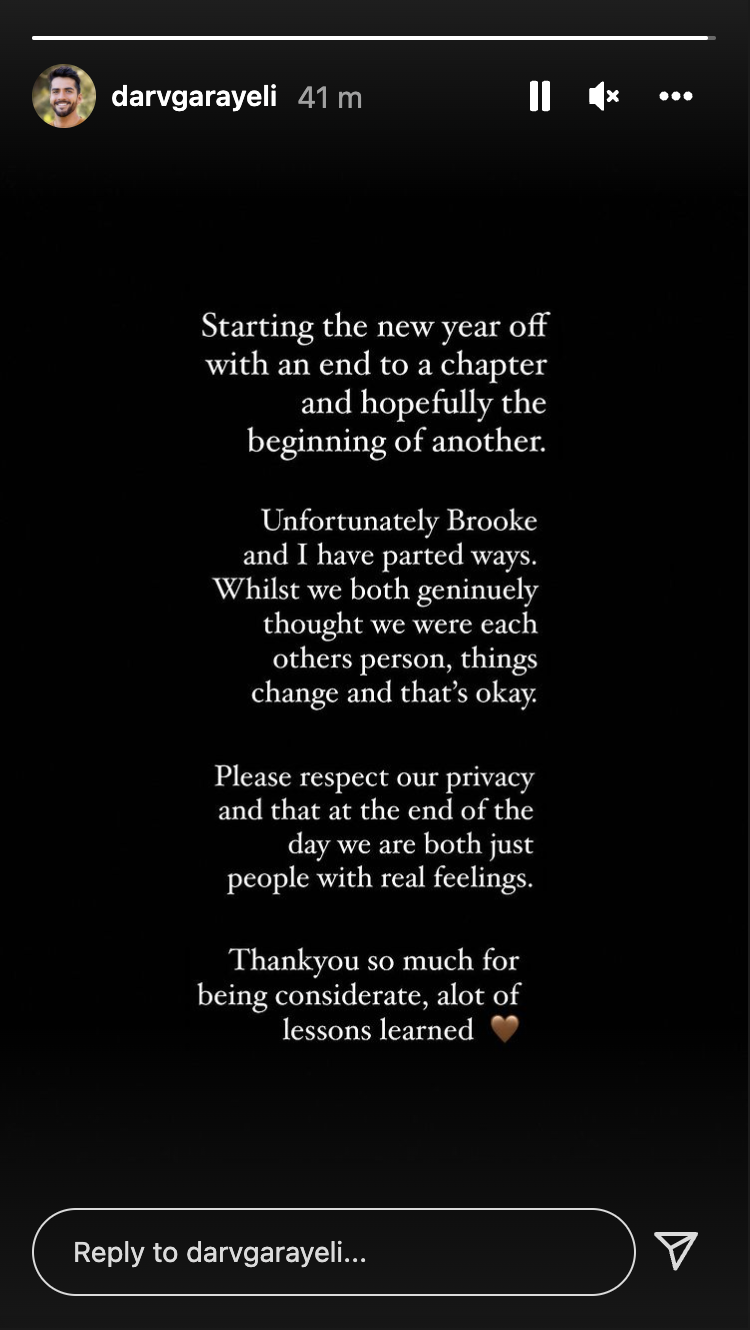 But I suspect Darvid will be in high demand....

Ok this is all very strange. He posts and IG story as if he wanted to be first to get the message out, and I don't like the sounds of "alot of lesson's learned".

I hope he didn't sell his house yet. I didn't like the fact he made so many changes so soon but I suppose at the time that's what he felt he needed to do.

So weird, I had been following them from afar. They were just together on NYE during the day, but I did notice he didn't seem to be with her at night during the celebration, and then silence on her birthday. They seemed like they were off to a good start. Curious to read about what happened, if someone leaks it.

I am not okay. This was devastating to wake up to. Though to be honest, I've had a feeling for a few weeks that I was trying to suppress. But Brooke was legit tagging him in wedding dresses NYE morning, and the stories they have been sharing have been so happy, so I think it just goes to show how perhaps deceiving social media can be.

I happen to also follow one of the people Brooke was with NYE and having birthday drinks with (a clear story to me at the time she and Darv weren't together for her birthday which I found odd / put down to Darv asking Paul to take Brooke out while he planned something romantic), and I could overhear Brooke in the background say, "I've never had that in a partner before" and then someone went, I think it was harder to hear, "he talks to his mother" and Brooke replied, "I know. It's cute". To me, she didn't sound sad/upset or like her relationship was over, it me it sounded endearing. 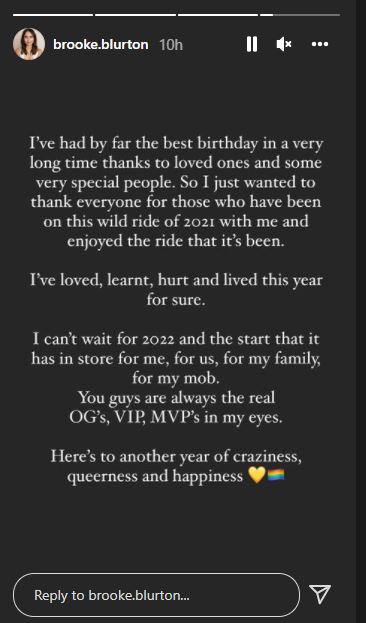 LOL, just posted about this in the other thread.
Brooke is hard work IMO, she seemed to be dwelling so much on the Abbie/Konrad thing. Good luck to her future partner, because it seems that’s it’s Brookes world, and they’re just living in it.
Likewise I hope Darvid is able to reconstruct the bits of his life that he’s changed for Brooke.

I guess the part about 'a lot of lessons learned' will come out eventually, but imo some of that might be don't pack up your whole life for someone you barely know.  I think Brooke said they didn't spend any time together except for just after filming.  Anyway he was going against the flow moving to Victoria - so many people are leaving here to live in Qld

Who will spill first?

My money is on Brooke. This isn't her first rodeo.

Bets on her next partner? I'm going with a female just to keep that plot line going.