I'm not currently watching, but I got a report from a friend who has been my online viewing buddy for years.

She said that Gabby did very well -- her comment was, "With Val as a partner, how could she not?" Gabby got the jive, which I'm sure we can all agree is a brutal week one dance. Yet she got 7s, which for the night was a very high score in the scheme of things. My friend noted that with 16 couples, there were lots of 4s and 5s, and only one 8.

My friend said that there have been lots of small improvements to the show which add up to a more pleasant viewing experience. There are no commercials, which gives the show a more relaxed feel. The troupe fills in for what would normally be a commercial break, giving the judges more time to deliberate.

She stated that Len (unfortunately) looks old and frail. With no commercials, Tyra doesn't have the time for all of her zany costume changes, and my friend says that it makes her "almost normal."

She said that Alfonso is a good addition, and that he has the effect of lessening Tyra's irritation level.

The audience is back in normal strength, and the couples have returned to gathering around the eliminated couple(s) at the end of the show. The band and vocalist now perform in back of some sort of gauzy drop so that you just see their silhouettes. She especially enjoyed having Mark, Louis, and Cheryl back as pros.

She said that maybe the biggest change is that the producers have opted for more of a strict ballroom/Latin focus, which I think is a good thing. It sounds like it's veering more in the direction of its British counterpart, Strictly Come Dancing. As a result, more couples struggled in the first week, resulting in lower scores. One of my objections to the way the show developed over the years on ABC was that it favored the ringers far too much. Now, the playing field might be leveled just a bit more.

@Amethyst Thanks for the update. Perhaps if they had stuck more this more people would still be watching and they could have kept it on ABC.

Sprite wrote:@Amethyst Thanks for the update.  Perhaps if they had stuck more this more people would still be watching and they could have kept it on ABC.

Part of my problem with watching anything on commercial TV is that the commercials tend to start interrupting viewing. We watched a movie one night and there were 13 minutes of commercials (a quarter hour) one after the other, by the time we got back to the movie we forgot what we were watching LOL. We also don't have regular TV anymore we stream everything. I do have Disney+ and may start watching DWTS again.

@Amethyst thank you for the detailed recap.

I had it on in the background while watching The Voice on my laptop. Mostly just watched the dances and the scores. Some were good some were yikes. Probably going to do the same every Monday and watch again over the weekend. I'm thankful I can finally watch it at the same time as everyone else.

Agreed about the couple who got eliminated.

I can't/won't watch but was looking for streaming numbers for the premiere. They don't seem to be out yet. I did see that apparently some people had streaming issues as the app kept crashing. Anyone experiencing this?

@lipsis I was looking for ratings too but can't find any.

The article says "a few isolated twitter users", there are tweets in the article. I find it hard to believe it was just a few.

Dancing With the Stars made history Monday night as the first-ever live competition series in U.S. television history to be only available on a streaming platform. There were no widespread reports of issues early on, but there were a few isolated Twitter users complaining about the app crashing or being unable to access the live stream. There were also many DWTS fans annoyed that they had to subscribe to a new platform just to watch their favorite show.

Thanks @Maddy for the updates.

I turned it on about halfway through but wasn't really paying attention to if my app froze or not.

I actually liked Dancing With The Stars on Disney+ it felt even better than watching it on abc in past seasons. Sorry for the ones who can't see it or enjoy it. I got a good deal to watch the show with my cable package. Loved the commercial free show already. The 2 hours went by more faster than I thought. Alfonso is such a great addition to co-host the show. For sure Wayne, Charli, Selma, Daniel, Jordin, and Shangela have potential to go far and will be fun to watch each ones journey this season. 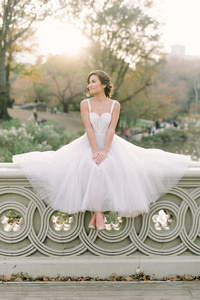