Love both the pics they posted, Jojo's soul cycle workout and smoothie diet paid off. I saw a lot of tweets and IG comments asking about her swim wear. I was browsing pics with tags " malandmattrimony" and found out that they had dinner last night at Bitter End Yatch Club. The island is gorgeous and so glad that they shared several snaps today.

Looks like they had a good time playing with Lemurs.

@Ash2214 wrote:Sorry if this was already mentioned, but Vanessa was tagged in a picture on IG tonight with a friend who said "missed her so" which makes it seem like they reunited, although it could be old so who knows:

She posted this 2 hours ago which was probably last night.

And this one, notice the hashtag I bolded.

No need to post the picture IMO. She has the same dress on so it must have been at the same time.

But now that I caught up on posts, I doubt they would be out at a party/event doing mannequin challenges.

#bostonbound *** Racing with excitement alongside this Acela train, as I head toward the city that feels most like home. The shores of Massachusetts have watched me grow up in halls of maroon & gold, fall in love... from Cohasset to Cambridge, and wave goodbye in search of a new adventure. *** I get a little choked up when I think of this city... My little brother still lives here and I hope it takes care of him the same way it watched over me. *** I worry about him sometimes, as any big sister does. But all I can do is remind him that I love him. See him when I can. And hope he doesn't grow up without me. Love you little brother with all of my heart

*** Slip into a soft silhouette. Wink in a wine washed cami

I am woman. *** Living life in a #poeticfashion *** Spot this perfect first date top in your inbox by hearting

with @liketoknow.it and no longer have to ask, "where's that from?" again

There is a new interview up on the blog. Head over to check out the scoop on @cailaquinn. She is just as sweet as she was on @bachelorabc. This interview will make you want to be her #bff.

@bellehuntley wrote:she just deleted all the hashtags which is interesting

You're good. I didn't even think to try to save it.. I'm so new to this

[mention]bellehuntley[/mention] wrote:she just deleted all the hashtags which is interesting

[mention]bellehuntley[/mention] wrote:she just deleted all the hashtags which is interesting

chasingpavements wrote:I'm not saying that Brooks is right or not, just thought it was interesting since Brooks and Nick share so many fans.

I do think Cathy has met him and she really dislikes him, but I'm not 100% sure. Where did Danny meet him?  Possessionista also has met him and thinks he's in insincere and attention-hungry, so regardless of the after buzz crew, not everyone who meets him loves him.

I have yet to hear Dana say she personally think's Nick is insincere.

And everyone that goes on TV is an attention seeker so that is par for the course.

Possessionista in her final video recap said Nick was guarded/reserved and "I think to some people he came across as insincere, which I don't think is a bad thing".
Dana says this at around 4:20 https://twitter.com/Possessionista/status/626852691264839680 youtu.be/zoJnZgYL3cM

Possessionista's tweet about Nick she tweeted she met him and that Nick is a nice guy.
When someone tweeted back to her is he attention-seeking or a nice guy and she basically said why can't he be both? https://twitter.com/Possessionista/status/616079275876327425

@Possessionista  Jun 29
But seriously, I hope Nick is the next Bachelor. #TheBachelorette

@Possessionista  Jun 8
I know this is going to be a controversial tweet, but I kinda like Nick. #TheBachelorette 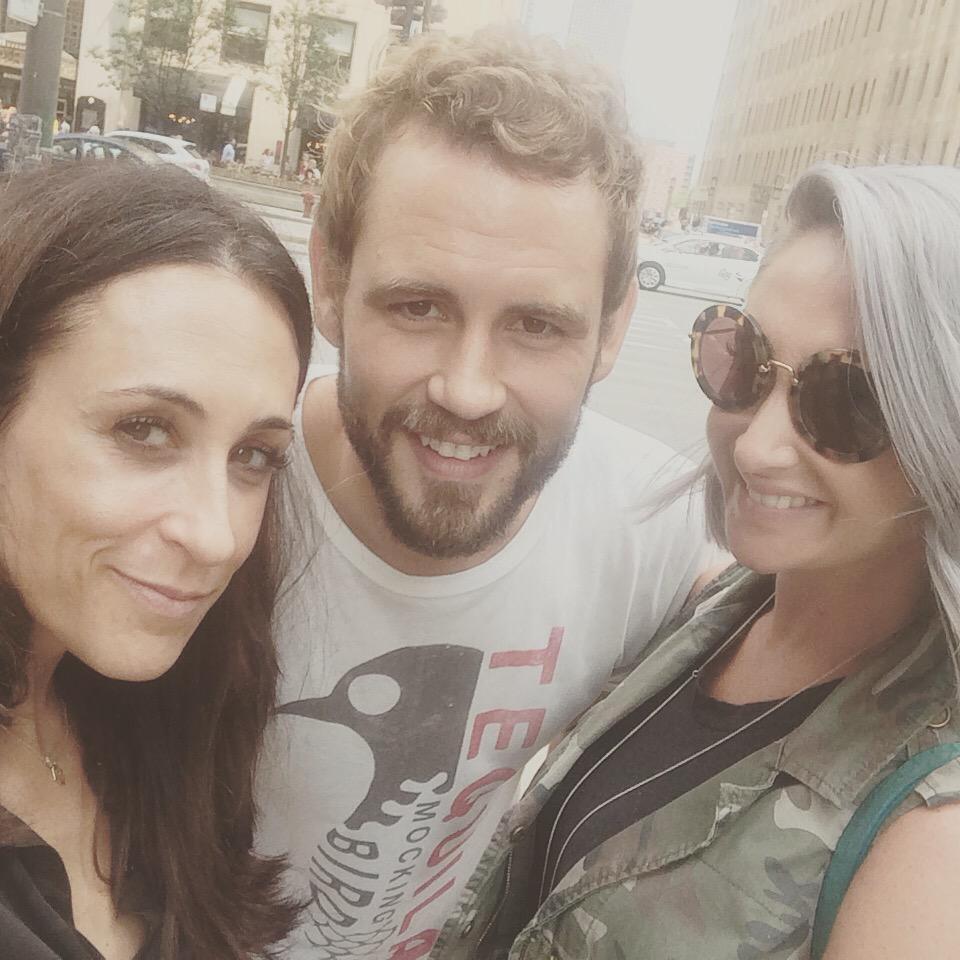 @happydays wrote:^^ that's interesting -- Dana is often quite negative towards Nick on twitter and in her recaps

And now she is following him on IG...another one for team Nick.

All it takes is to meet the guy.  Just ask any one that has...

So true!
Dana event tweeted this with the same photo of Nick and her and JS

Dana Weiss ‏@Possessionista   But seriously, I hope Nick is the next Bachelor. #TheBachelorette

Yup, too funny how those that meet Nick in person like him (unless they are F1/lead)  :Nod:

@happydays wrote:^^ that's interesting -- Dana is often quite negative towards Nick on twitter and in her recaps

Dana & Nick have followed each other on Twitter for a very long time - sometime during the airing of season 10 I think. James Viall and Dana also followed each other on Twitter recently.
Dana is a snark but so is Jaclyn and Nick has a slightly different brand of wit but I suspect none offend the other.
Dana captioned the Pic differently on her Twitter post:
This is for you haterzzzzzsz! #thebachelorette #BFF @AbbyDraper @EmilyLFoley @RobynRossTVG

It's really not much different from peeps on the show who appear to dislike each other but in real life end out hanging out together afterward.  Remember that JJ & Clint argument?  All fake.
The examples are endless. Dana snarks for a living... not much different than Amy S, a comedian of sorts.  It's in the moment entertainment.