That last snap of Jordan playing with kids is adorbs!

I agree Aviej, that girl in the last snap looks like Kathryn, but not 100% sure since i'm not that familiar with Kathryn.

Cuties having fun in the snow

She's wearing her engagement necklace. So happy they posted several snaps today, looking forward for tomorrows barbeque party and the wedding event on Saturday. I noticed  that Jordan was carrying all their luggage while Jojo seems empty handed. 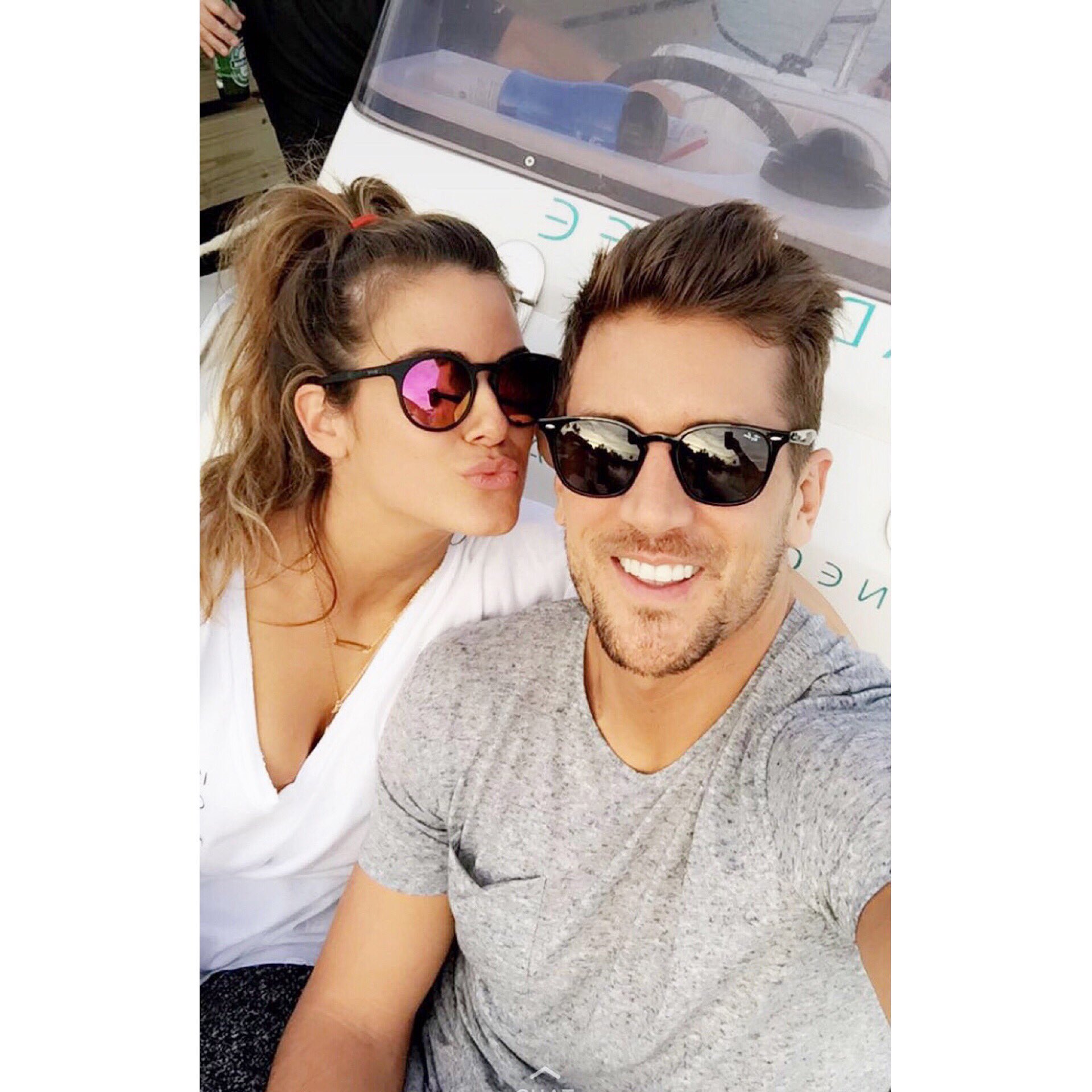 Cannot get enough of them

Bring your fiancée to work day...

fashion.wine.thebachelor A sneak peek of Jade & Tanner's engagement pics! Such a beautiful couple!

It is pretty great HGL and glowworm to follow this story from the beginning until now and sleuth along with you both and others and be supportive of them as a couple.

Super happy for both of them.

This has hands down been my favorite show of any bachelor franchise. It really gelled with me and was so much more realistic than any of the other shows I have watched. Just so sweet and special. There was no drama really and people saying even the ATFR was boring shows that it really was not much drama. Everyone just getting along and Matilda and Art just falling in love from the moment they met each other night one.

Definitely also my favorite couple thus far from any of the franchises.

And what I mean is not only did I really like them from the very start as individuals I also love them together as a couple as well. That hasn't happened for me before on any bachelor show (did happen for Ready For Love with T&J). Usually I like one of the girls or the lead but not the couple or it takes me a while to like the lead or the F1 or I like the lead because of the F1 or vice versa. With Bach Aussie I liked Sam from the start and only liked Blake because of Sam. And even though I really loved Tim and April together, it took me a while to warm up to April and while I really liked Tim because he was so romantic on the show towards April, I personally didn't find him attractive as an individual (not my type) and his intensity, while so wonderful with April on the show was too much for me personally even though I loved the show itself.

Art and Matilda are such a unique couple and vastly different, imo, from the other couples seen on this show. I think it is because of their dorkiness/humor that it made the show and them as a couple so endearing. They reminded me so much of Tim and Jenna from Ready For Love (another fav of mine, individually and together as a couple) and I think are more like Tim and Jenna than the other Bachelor couples from any of the franchises. Just down to earth and quirky and original. They are their own people. I am very impressed with Art and Matilda and while they are both young for this franchise with Art being 27 this month and Matilda 24, they seem to have their head on their shoulders and a mature approach to life that balances so well with their fun, dorky, humorous side. Love both of them individually and especially together and hope it lasts since they seem like a really good match. They just have whatever *it* is that couples have.

Funny how soooo many people including myself thought she was F1 just by her bio photo. It was that obvious to people. Something about her face just shouted "I am F1" :cutesmile!:

It certainly bodes well for both of them that she is a public favorite and that hundreds of thousands of viewers had pegged her as the winner like Mike the host said. It is great that they have a majority of support and it was nice to hear Art say that he liked that. No wonder he followed pro-Matilda accounts on Twitter from when the show aired, including The Spinoff who are HUGE fans of Matilda and fav'd tweets about Matilda and him. Also recall how he said how great it was that people were calling him and Matilda #Marthur after the first show aired. So sweet!

Video response where Art says that Matilda being favorite made him think "Thank God!" he made the right decision and that it was cool that the majority wanted him to pick her.