The guy behind me is also very excited that @nickviall is home. #kiisjingleball by @ashley_iaconetti

It looks like he's trying hard to not touch Ashey's skin through her dress. How cute!

The guy behind me is also very excited that @nickviall is home. #kiisjingleball by @ashley_iaconetti 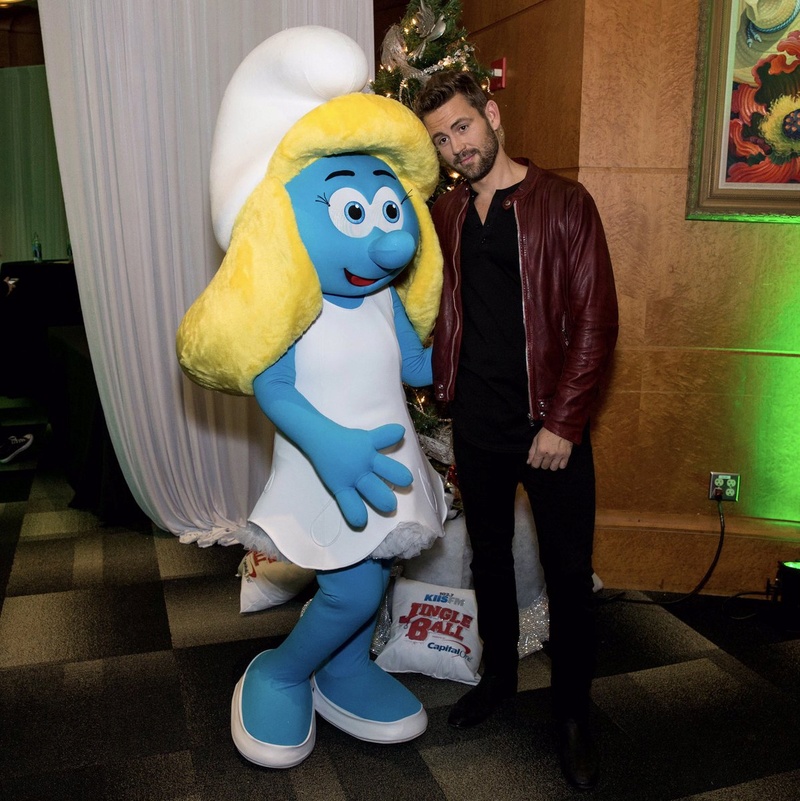 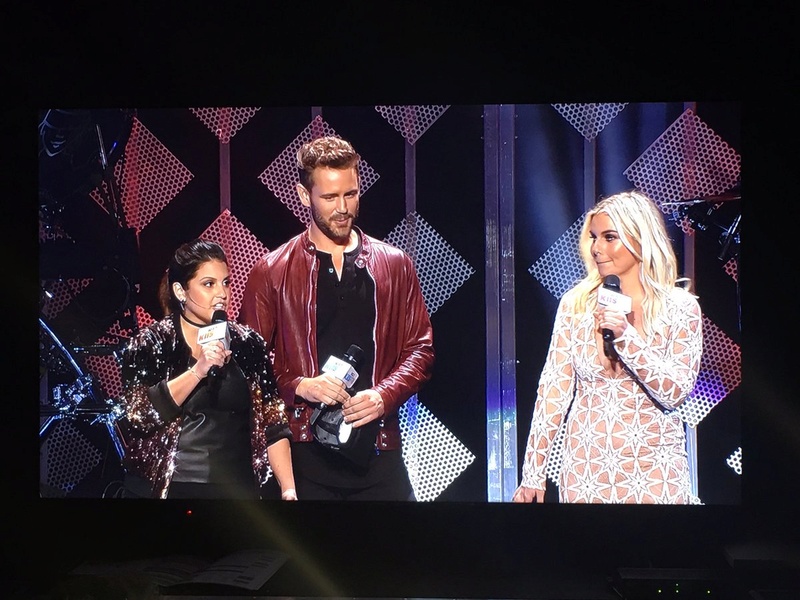 question things that are stated as facts that simply aren't true. There is no way these two have been a couple for a year, at least continuously. The frequent pics and videos together only started some time this summer.

These are the facts, these pics are well before the summer. As I said, a year ago? we've been seeing pics of them together actually more than a year. I couldn't be bothered going through her twitter and wasting time looking for the lame twitter posts to various lyrics of songs or for the SM pic that was posted with her at the movies with what looked like her hand on his lap. Someone posted it recently, but I don't recall the time frame.

In between this she wanted to get on Ben's season, clearly from her twitter post to Millsy, and various tweets about liquid diets, and asking for free clothes. This was after the fact that she stood Jared up after she was the one who contacted him and initiated the dinner arrangements. This I know for a fact. He flew out a day earlier to meet with her, and she didn't bother contacting him. Nov 22nd after filming Ben's season, we see another picture with Robert. Somewhere in between there we had a poster who claimed several times over they were friends. Maybe they were at that time, my point is this has been going on for quite sometime and in the meantime she's been teasing that there was a relationship and the pics got sexier, but not formally announcing it until recently as if she's a big star of some sort. If Robert was arranging secret vids of them together, IMO he was not the one who wanted to wait to announce they are an item.

I also don't see what makes Becca such an attention whore.

For the record, I didn't call her a fame whore, I don't ever call anyone a whore of any sort.

I haven't seen a single interview to a magazine about this new relationship either,they've only shared it on their own SM that no one is forced to follow

Check the fan thread for a magazine about their relationship. I don't follow her, only what I read here. @bachspoilersfan followers her for our forum.

The only ones who seem to have a problem with her actions are the people who don't even like her in the first place.

This is par for the course for a lot of SM comments that posts negative opinions on those that they do not care for.

beccatilleyJust to clarify- this is @robertgraham24 ... Not the guy from hunger games... Lots of confusion on our last photo together. Sorry about that! #kiisjingleball

Only Frenchie love for my new friend @beccatilley5. Maybe she knows I'm a single bachelor? #thefrenchprinceofbelair #

@bluwavz wrote:I still think she and Robert would be adorable together.

Just to clarify- this is @robertgraham24 ... Not the guy from hunger games... Lots of confusion on our last photo together. Sorry about that! #kiisjingleball by @beccatilley5

I agree they look really cute together. They both seem to enjoy going out and partying so they at least have that in common.

I still think she and Robert would be adorable together.

Just to clarify- this is @robertgraham24 ... Not the guy from hunger games... Lots of confusion on our last photo together. Sorry about that! #kiisjingleball by @beccatilley5