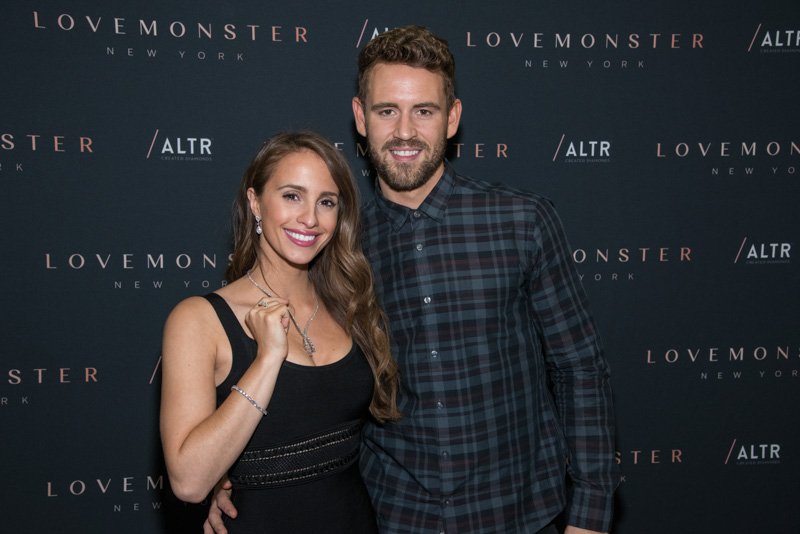 Nick and Vanessa are such a stunning couple! They have a glamour and sexiness to them that is so unique and rare.
I honestly don't think I've ever seen a couple before from this franchise that has such star power imo. They both just have *it*

Is he barking while filming her booty?

I seriously can't get enough of these videos.

It must be such a great feeling for Olivia and Bella to finally see their brother happy in love and have such a goofball and lovable future sis-in-law.

Vanessa fits right in with the Vialls IMO.

Love the bond Vanessa has with them!


Awwh... Soon to be sister in law bonding!

These three are such goofballs!


A snippet from Kaitlin TB on Nick:

I notice that on the last Ig, Nick could be quite funny...I hope he could bring that back...

This photo! Nick's smile! Ihave never seen Nick so happy as he is with Vanessa! Yay!!!!

Thank you for posting @Jina

(I love your avatar!) as well as to whomever runs that Nick and Vanessa fan account thank you!!

Lorimer had to deal with her own set of skepticism after choosing her now-fiance Kevin Wendt over fan-favourite Mikhel Sickand. “I guess, for me, there was a level of frustration because a lot of what people were saying was really hurtful and I felt a little bit protective of Kevin,” she said. “I also at the same time understood, and I felt like people were being protective of me.”

Related: ‘The Bachelor’ Finale: Find Out If Nick Viall Got Engaged!

And despite revealing during her own episode of “After The Final Rose” that it hadn’t been smooth-sailing between her and Wendt, Lorimer asserted that everything is now fine between the pair. “Everything’s good!” she said. “Now, there’s more the complications of distance and things like that, but in terms of all that residual stuff from the show and that emotion, that’s all cleared away.”