astridloch Cheers to you my friend & cheers to love

whitneyfransway #bachelorettereunion tonight on abc! Whose going to be watching!?

A few days late, but together or apart RoSe lives on

@chase_brody_mcnary this last year with a (lion) as my roommate has been epic. Too many memories, trips, and moments made to list here but I know you know the ones I’m talking about

chase_brody_mcnary Thanks Bro!!  Distance ain't no thing!  Now we have two homes... you know I'll be out there more than you want me too.

I'm wondering if the Japanese contestant may be the girl top right in this pic? 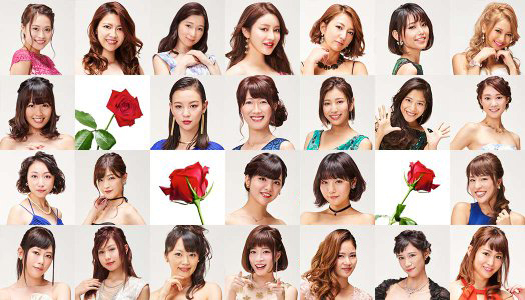 @ishkabaha wrote:Here's another Facebook poster with a few photos.

On the right in the first pic here too:

No idea how to find out her name as I don't speak Japanese!

@Bobette I think you're right about the Japanese contestant

-after an Instagram search of #bachelorjapan as well as perusing the official @bachelorjapan account, I found that the girl you pointed out is indeed named Yuki (after using some translation features - so wording's a bit wonky

(Personally, I like her current toned down hair better than the bright colour in her casting pic)

November 15 2017 - 09: 41
Uki-Uki
irreplaceable comrades who  the time that had been living together in a chat cute cheerful unchanged after a long time of Bachelor members  everyone was regrettable nostalgic love yesterday  # Batchelor # Bachelor Japan #Thebachelor #Thebachelorjapan #Bachelorjapan #ukiukicafe # Ukioki Cafe

@ishkabaha wrote:One of the production people posted this on Instagram Friday night.  From the tags it could be one of the typical photo shoot group dates, maybe in Ventura?  Although I don't know why there would be an audience for it.

@ishkabaha wrote:One of the production people posted this on Instagram Friday night.  From the tags it could be one of the typical photo shoot group dates, maybe in Ventura?  Although I don't know why there would be an audience for it.

I think I saw somewhere it will be at the Grove.

One of the production people posted this on Instagram Friday night.  From the tags it could be one of the typical photo shoot group dates, maybe in Ventura?  Although I don't know why there would be an audience for it.

Personally, I think Robby and Chase could steal the show and be the main focus. #Rose #bromance #truerelationshipsuccessstory

I'd love some older seasons cast, too.  Well, with the exception of 1F.

I think I'd rather poke my own eyes out than sit through watching him on my tv again.  But then, I don't plan on watching this mess anyway, so bring him on if it's a good train wreck and he'll be road kill.  I can snark without watching.

ETA: I was so ready to ship Soulnell this summer. Oh what might have been.

Posting pics here (pics taken from 38 weeks ago). Too cute how the one with Vanessa getting a rose is captioned with getting the final rose

Haha I'm in a snarky mood too. These amused me this morning.

@nickviall you're adorable. Great to meet you. No matter what TV says. #cityliving #nyc #bachelor #theainsworth by @desiree_o_

the biggest group date ever | #thebachelor by @gillgross

If you need us, we'll be in the fantasy suite

One heck of a first date