@Enough wrote:Daily Telegraph has Matt on his first date. Sorry, I can't link as I am reading from the app. He looks happy. I am aure DM will regurgitate the photos

Nice one @Enough thanks!  I'll try to get the article but don't have a Daily Tele account so may not be able.  Can you tell which girl it is?  One of the above?

ETA:  Yeah I'm blocked from viewing the article but found the pics anyway (in your FACE, Daily Tele! 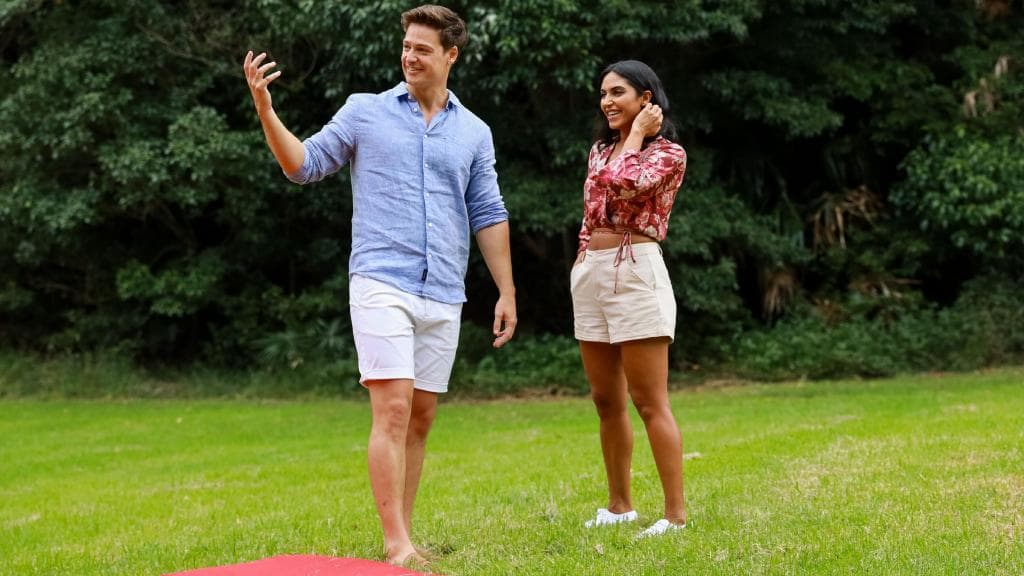 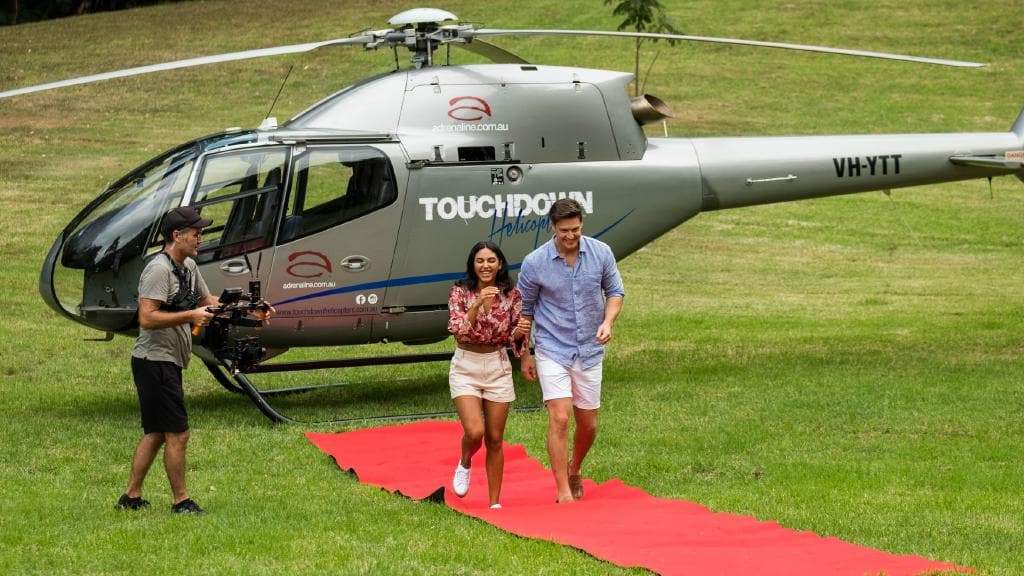 IMO this is First Date girl.

She won't be F1 (imo per First dates never being F1) but she may go far since First Dates usually do (in F4 or more). So need to keep an eye out for her 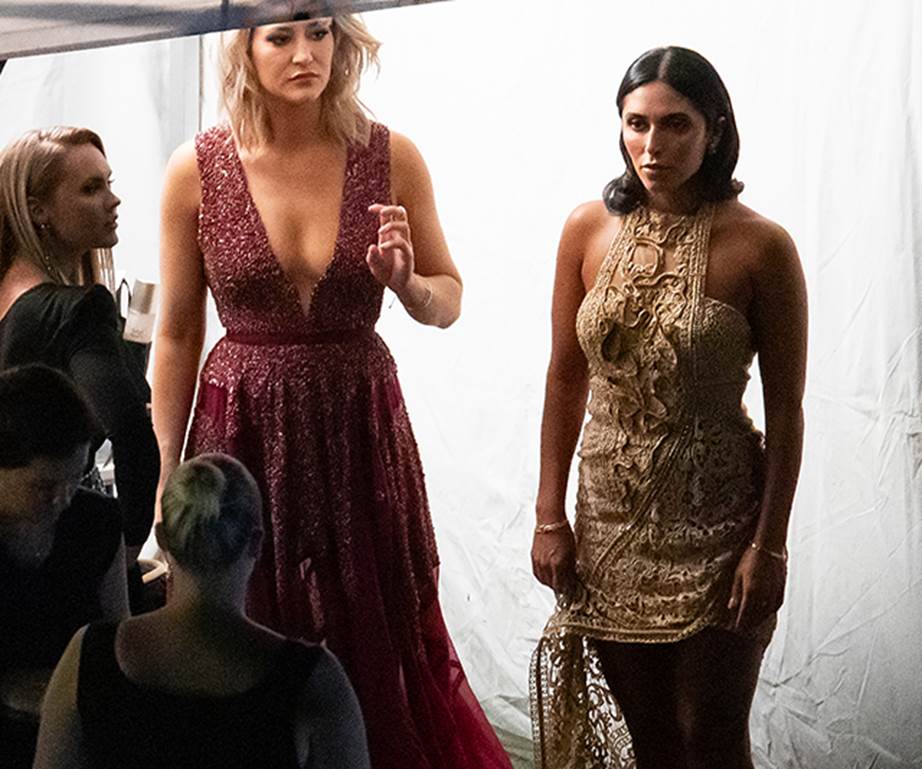 This is the link of the helicopter ride company
https://www.adrenaline.com.au/helicopter-rides/

Where’s the show filmed? Sorry I know nothing about Australia but hope to visit one day

Where’s the show filmed? Sorry I know nothing about Australia but hope to visit one day

The show is mostly filmed in and around Sydney, the mansion is in the Northern Beaches area. Hometowns are all over the place, then usually back to Sydney for F3 dates, although Richies season F3 went to Bali, but normally only F2 go overseas, or another location (Tasmania for Sam Wood, and Darwin for Ali) for MTP and LCD. 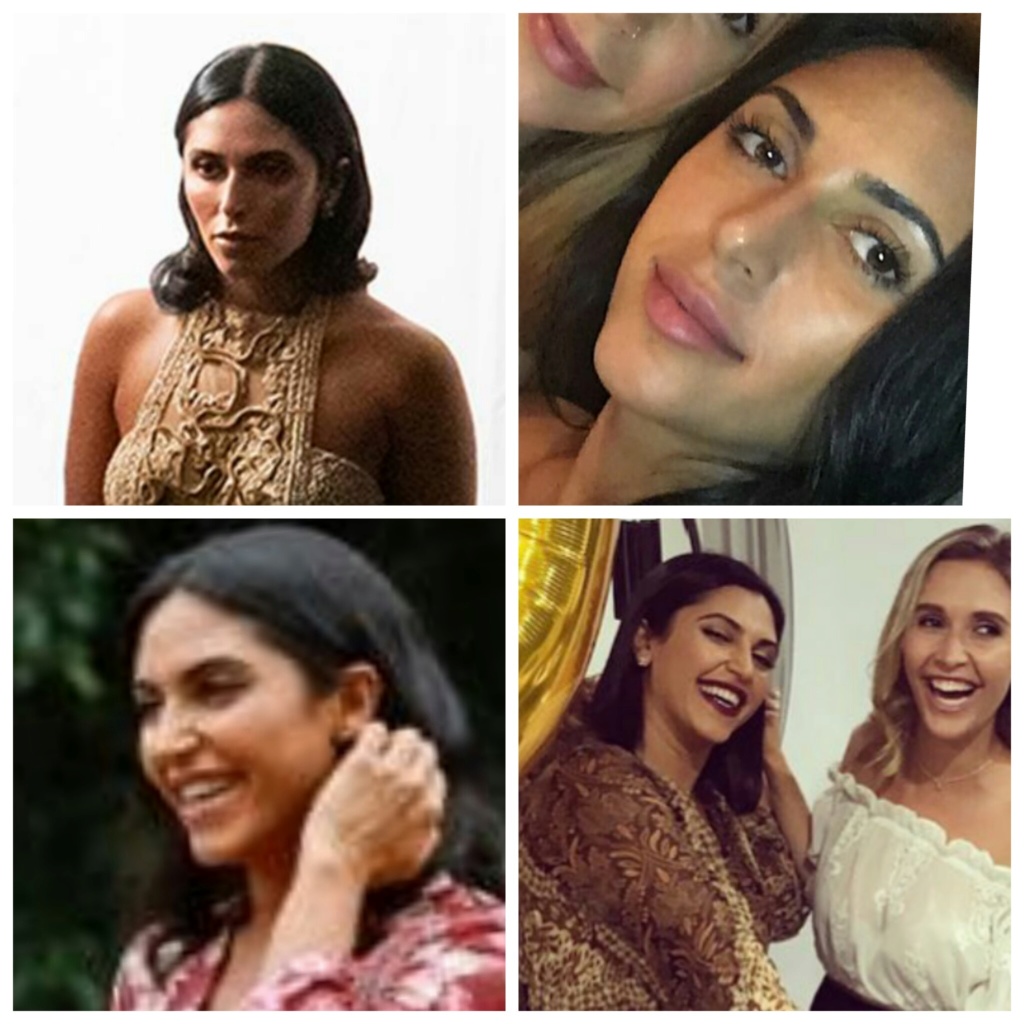 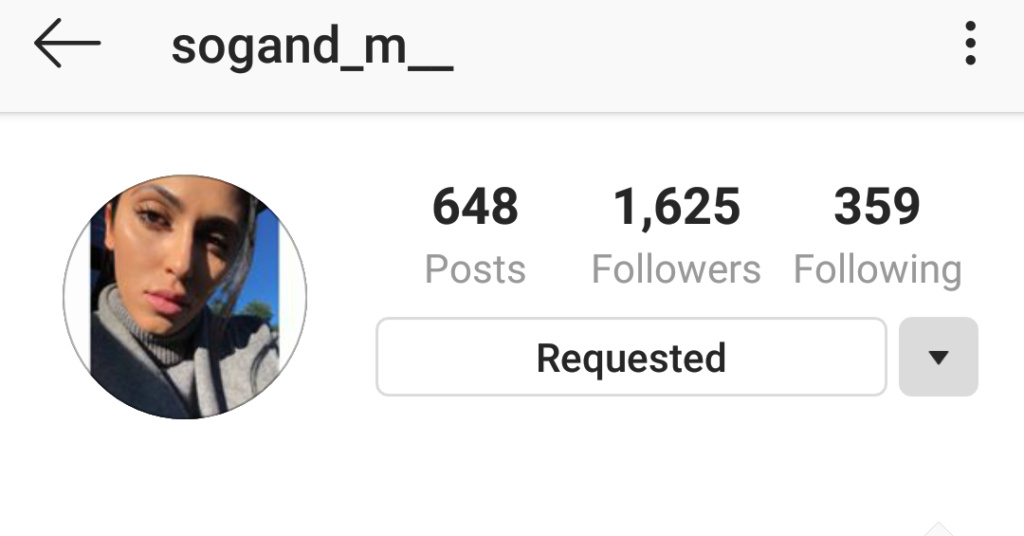 No she hasn't - well done again!

Is she active on sm? That's first date girl - FDs usually get to top 4/5 so if she's out & active, hometowns might be done. Also do you have a direct link to her ig please?

@Bachbee wrote:@bobette She has accepted follow requests from some of the girls, I can't see anything other than that
Link to her IG
https://instagram.com/sogand_m__?utm_source=ig_profile_share&igshid=crx6m8w9bnw1 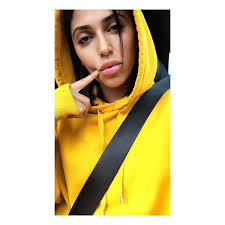 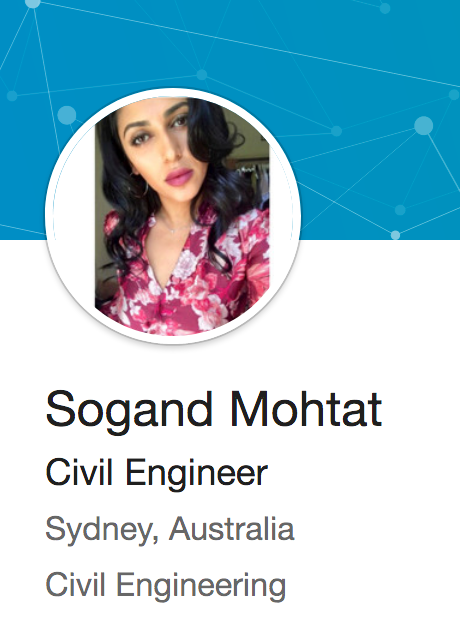 @Bobette wrote:I think we need to look deeper at Sogand.  She fits all the criteria (black hair, from NSW and potentially in her early 30s if she's got an engineering degree).  Someone could have been operating her IG account while she was away hence the SM changes early May.

She got the first date though, and statistically first date contestants have never won on Bach or Bette AU.  Top 4/5 usually but never F1.  I wonder if there was time for an earlier date and she was actually second.  Second dates have been F1 50% of the time.

Adding that if filming started on the 07/03 and pics of her date were printed 15/03 there would have been time for an earlier first date with another girl IMO, perhaps indoors which the paps couldn't get pics of.

I notice Sogand has deactivated her Linkedin page, and some of the pics I posted have now mysteriously disappeared.  Wish I'd been paying more attention so I knew exactly when those changes happened.

Also her follower/following numbers have gone down, not up.  Usually contestants are thirsty to get their numbers up post-show, unless she knows she'll be getting fame from another source, like being F1 perhaps?

Great points @Bobette she seemingly fits all the betting criteria, but the SM activity is putting her out. Did she have activity in early May and then nothing, or has she been continually active since then? Because production has been so tight on social media this year, do you think they may have allowed the girls limited or supervised access to their SM while on hometowns? This would help to muddy the waters as to who's out at any particular time?

@Dirty Street Pie wrote:Great points @Bobette she seemingly fits all the betting criteria, but the SM activity is putting her out. Did she have activity in early May and then nothing, or has she been continually active since then? Because production has been so tight on social media this year, do you think they may have allowed the girls limited or supervised access to their SM while on hometowns? This would help to muddy the waters as to who's out at any particular time?

We need to get @Bachbee in on this.  She was the one who first found Sogand's IG.  Damn I wish I'd been paying more attention! Would also be good to try to get a full transcript of the Daily Tele article upthread (the link leads to a paywall right now) to see whether they actually described it as a first date or not.  Wish we had the original pap photos - their captions are more accurate.

To be honest I can't really picture Matt with Feather Samba or Blue Sequin, and unless we get black haired intruders, we know the others are MOT since they were not only accepting requests but commenting all over each other's posts (until TPTB put a stop to it).  I didn't see any comments from Sogand, but as I said, I wasn't paying close attention.  I'm watching her now though...

@Dirty Street Pie One other thing - you know what this reminds me of?  When the Confidential had a story about Matt and Laura's date on the river.  (here). No other websites had the pics.  I haven't seen the helicopter Sogand pics anywhere else either.

Also, remember when DM used our research to put together an article about the contestants?  We found like 20 of them but the only girls they mentioned in depth were Vakoo, Cassandra, Monique, Keely, Sogand and Chelsea. It's all very interesting...

According to this website she was 25 in 2013, which means she is now 30 or 31 depending on when her birthday is.... hmmmm. The Tele does seem to get the inside info at times. She looks kind of frumpy in the admittedly few pics that we have, but in her own photos she looks stunning. 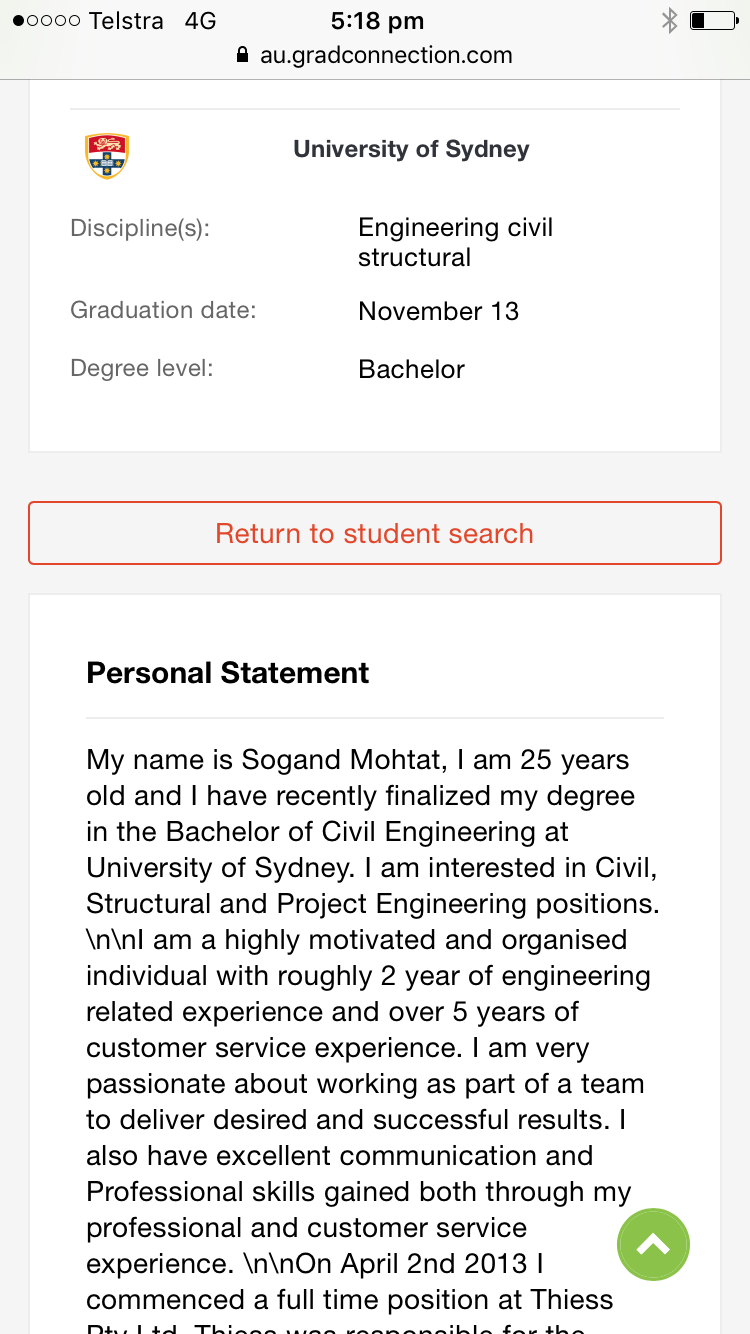 This is the article I referred to upthread.

Would make sense IMO to promote the F1 & F2 amongst the MOTs to give their article credibility, and IMO in the past they have often used our research to justify printing stuff they already know but can't tell due to confidentiality restrictions.

The article was dated 16/05 which would have been around Top 6 stage so at the very least I can see her getting that far.  I agree she looks dorky in some shots and super hot in others - much like Matt.

I could see them as a potential match.

That SM activity early May though....

ETA:  Just re-read the article and was reminded that Sogand loves lip fillers.  Since I categorically ruled Georgina out on the basis of her profession, saying I could see Matt & Sogand working probably makes me a total hypocrite but oh well.

Also:  I still can't get past the paywall but the thumbnail does say "first single date of the season" so that doesn't bode well for her chances.  Plus, the Google search dates the article much earlier (11th March) which does seem right for a first date.

Damn.  Guess I'll get back to trying to find out the identities of Feathers & Blue Sequin then.

Look, we might be trying a little bit hard to make Sogand happen

but I went for a trawl through the Insta of the injecting company because I noticed that she had liked every post they had made up until early March, and I thought that maybe she would start liking again when she got back to give us a timeline. Unfortunately she hasn’t liked any since she got back, so that didn’t really help

but I did find this 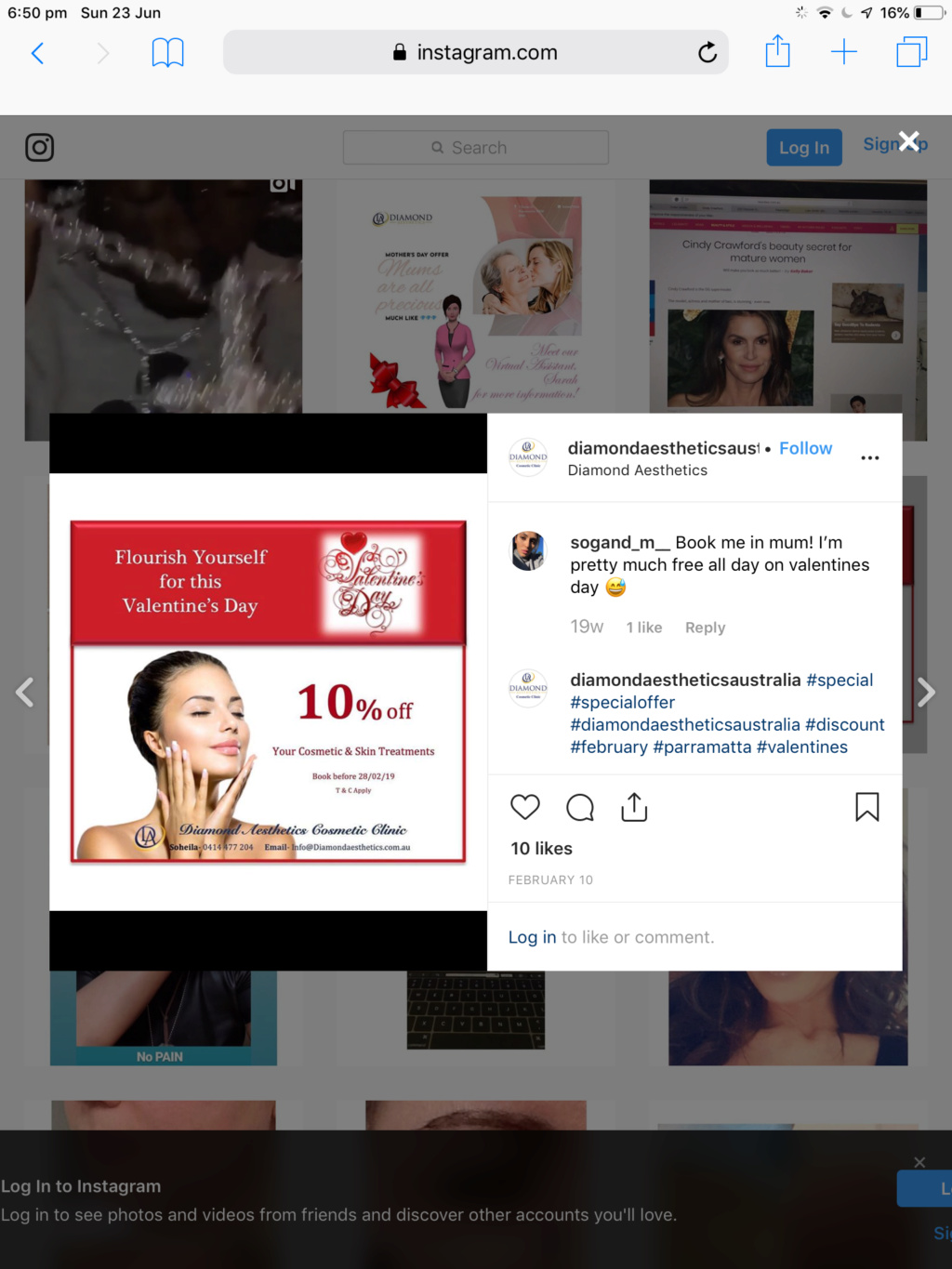 It looks like it’s her mum’s business and she’s supporting it, rather than being a mad injecting fan