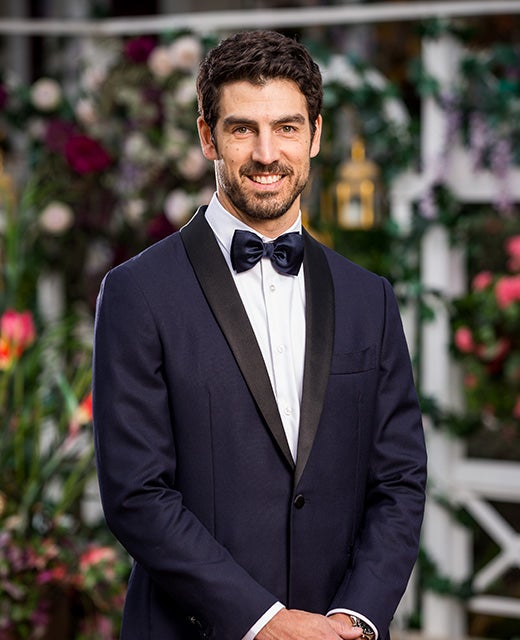 A real-life Captain Planet, down to earth Josh is the owner of a mobile zoo who is incredibly passionate about teaching kids the importance of conservation. Pushing aside his fear for failure, Josh believes that the only way to grow is to take big risks in both love and life! Although he may take a while to open up, his gentle and unassuming nature is bound to shine through when he meets the girl of his dreams—someone fun, intelligent and always up for an adventure.

Do you believe in love at first sight?I believe first impressions are important, but love can develop as you get to know someone.

How would you describe your perfect partner?Fun, bubbly, intelligent and adventurous.

Describe your dream date?A bit of an adventure, like a hike or a surf, followed by a nice dinner and drinks.

What is it about our Bachelorette Angie that you are attracted to and had you signing up for your chance at love with her?From watching Angie on screen, she appears to be bubbly and lots of fun. I’m attracted to someone who likes to have a good time.

Compare your love life up to now, with a romantic comedy—and explain your choice! One of the perks of being single is I don’t have to watch romcoms.

If you could have dinner with one person alive or dead, who would it be and why?David Attenborough because he’s my idol.

@Bobette wrote:WHO IS THIS IN THE BOW TIE?!?! 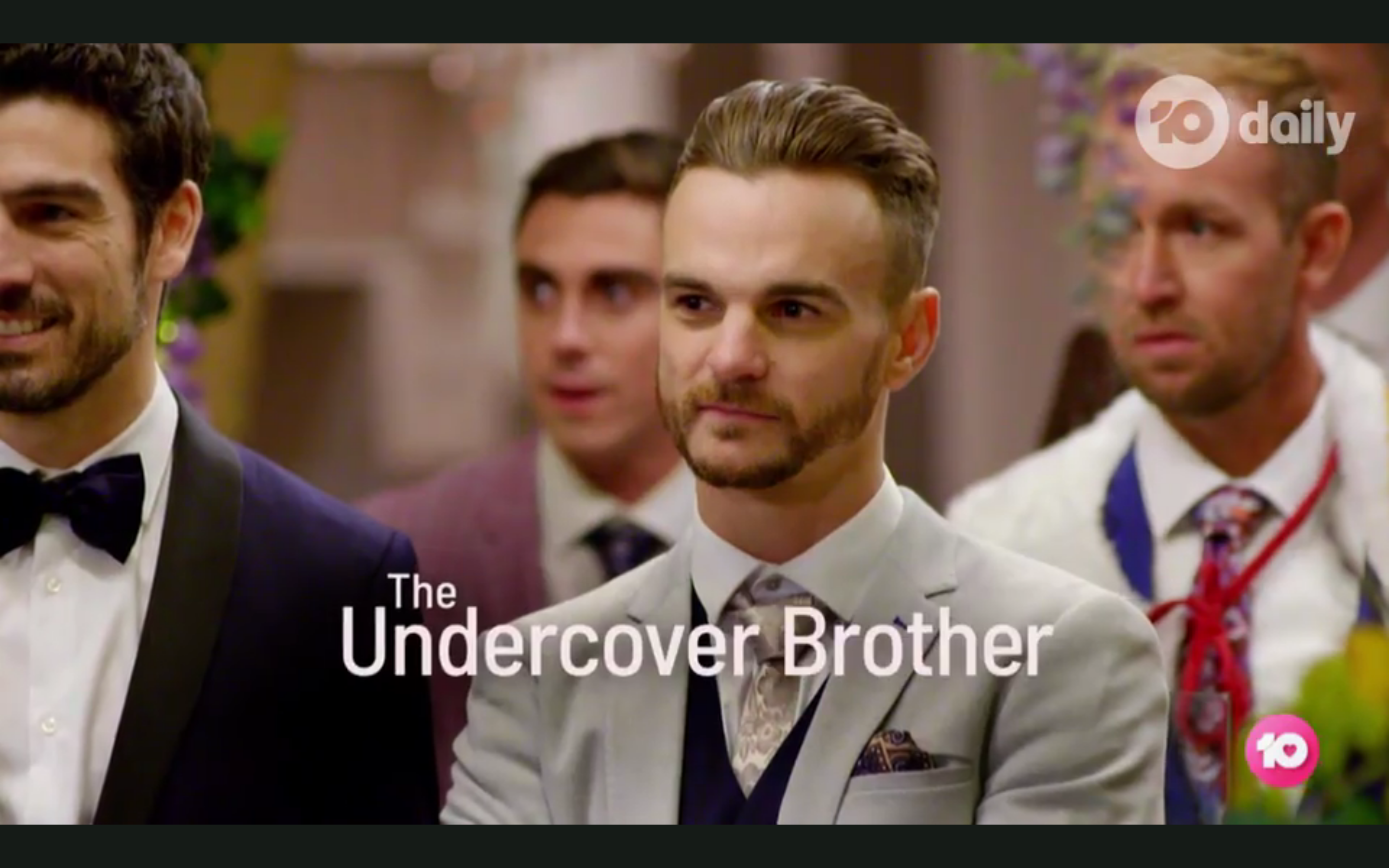 @butterflylove wrote:@Bobette, I have no idea who bow tie is (guessing we... you because you're amazing.. haven't sleuthed him yet?), but I am liking who I am seeing!

Yeah he has a nice face IMO (or at least the visible left half...

Very interesting that he's been completely hidden till now (unless we have a thread for him and I'm just not making the connection?)  If he's a new discovery that means we must have even more doubleups that I thought though...

I've set up a thread for Bowtie Mystery Man here.  If anyone spots a match to one of the other guys please sing out.

@Agent99 wrote:@Bobette wow, good pickup!  He has brown hair, looks a bit older, so we just need him to come from NSW

ETA:  That said, he has a beard, and Sportsbet odds seem to imply F1 will be clean shaven...

ETA: Looks like Josh has been part of The Project a couple times and had a few radio showings of his reptiles.

Bachelors braving the red carpet are normally most nervous to meet their suitor, but this contestant had more to worry about — walking an unrestrained crocodile up to Angie Kent.
Box Hill’s Josh Cox, the owner of hundreds of native animals — including eight crocodiles — is set to grace television screens from October 9 for the new season of reality show The Bachelorette. The 37-year-old Box Hill born-and-bred man runs Burwood mobile zoo Reptile Encounters, and is on a mission to educate children about nature and environmental issues.
In a small zoo hidden in an industrial patch of Burwood, he keeps more than 400 reptiles, marsupials, birds and marine life, which his business takes to schools across Victoria to get children’s focus away from technology and onto nature.
“If people aren’t connected to the environment they’re not going to be motivated to make a change,” he said.
Being on the film set of The Bachelorette was a little different to his usual day building new enclosures for snakes and sugar gliders.  “It was pretty intense,” he said.  “There’s probably not many situations where you’re going to be under more intense pressure than walking down that red carpet.
“That was more stressful than earlier in the year when I presented to two and a half thousand people.”
Naturally, he decided to show off his personality by walking a saltwater crocodile down the red carpet to meet bachelorette Angie Kent.
“That was pretty cool,” he said.
“I think she was a bit blown away.”
But while Mr Cox is used to being around crocodiles, he was nervous about how his deadly prop would react to the unusual setting, especially seeing as he had requested the croc not have its mouth taped. “Anything can happen,” he said.
The entrepreneur went on the show looking to find his match — “someone who thinks outside the box”, is passionate about the environment, and who shares his love of sport and fitness.
“I like someone that’s confident and intelligent,” he said.
But he said it was far from his idea to vie for love on national television.
The St Kevin’s College graduate said he hadn’t really followed previous The Bachelor and The Bachelorette series, and was approached to go on the show.
“I thought, ‘Why not?’ “I guess I sort of tread the path less trodden, do things a little bit differently.”
Mr Cox said he managed to stay out of any drama in the Bachelor mansion and became mates with a few of the other guys.Back in his comfort zone, he and his workmates are getting ready to watch the show at the zoo when it goes to air on Channel 10 at 7.30pm on Wednesday, October 9.

Josh was out by July 17th, he's tagged in a photo at Phillip Island with his business crew.

@Agent99 thanks for the info! We now know his last name. Thanks to @Bobette posting this IG follow list, which also confirms his name and IG.

@Bobette wrote:I think Ryan has to be a contestant - the official Ch 10 IG account is following him along with all the other contestants.  He probably just arrives a bit later, maybe ep 2?  (no doubt with a LOT of dogs 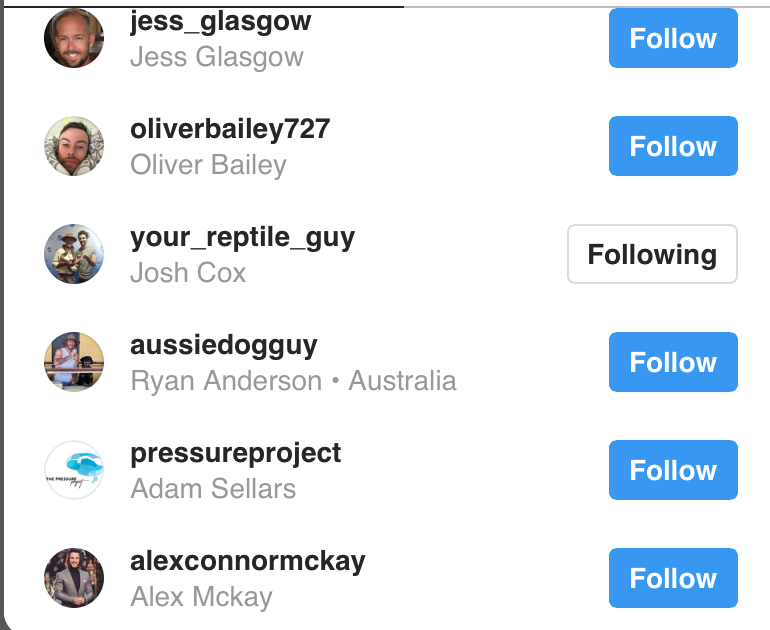 I'm bummed Josh got sent home night one! I liked what I saw. I hope he gets a turn in Paradise!

@Bobette wrote:Some of the intros for the guys who didn't get included in the final cut have gone up as video extras here 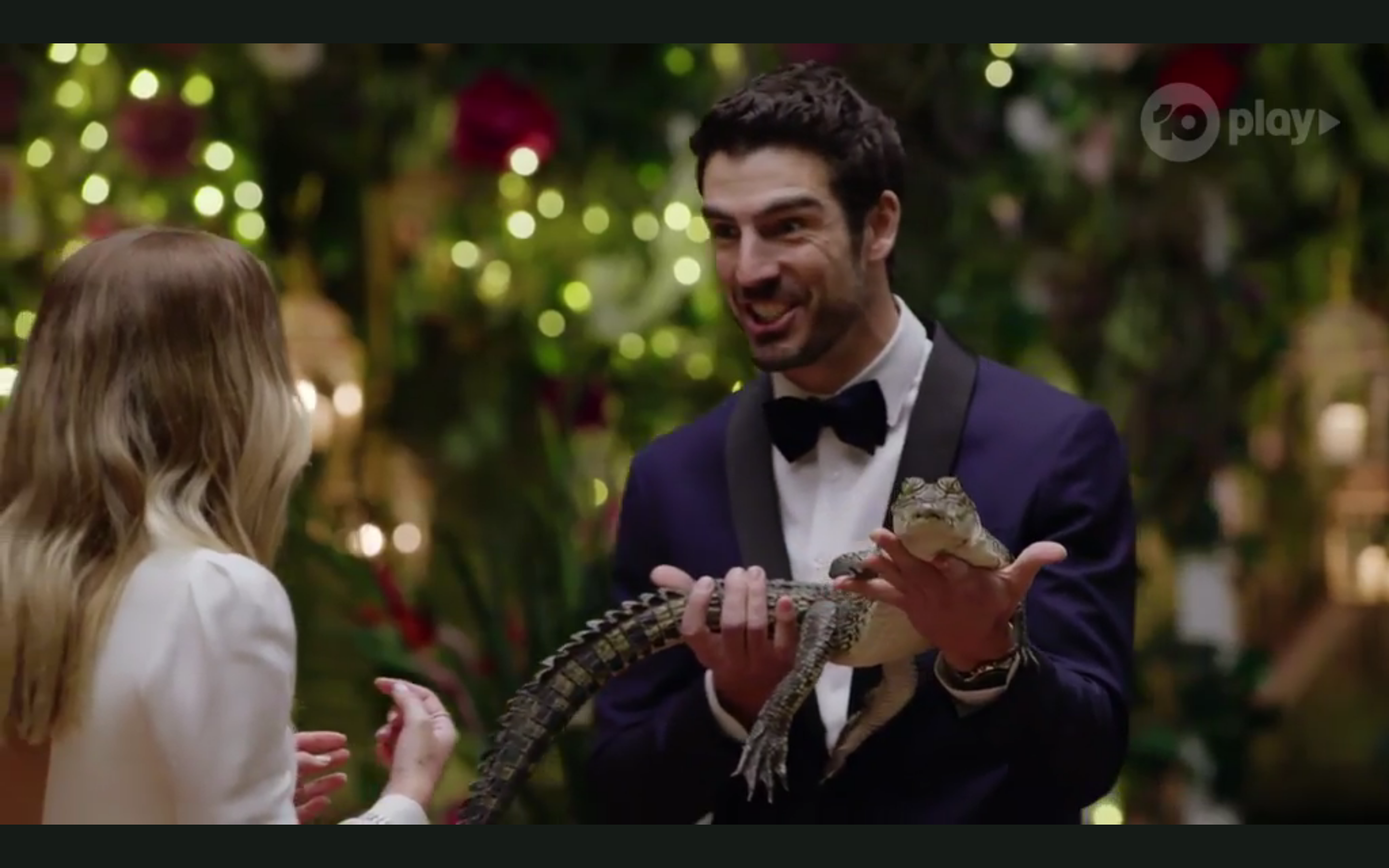 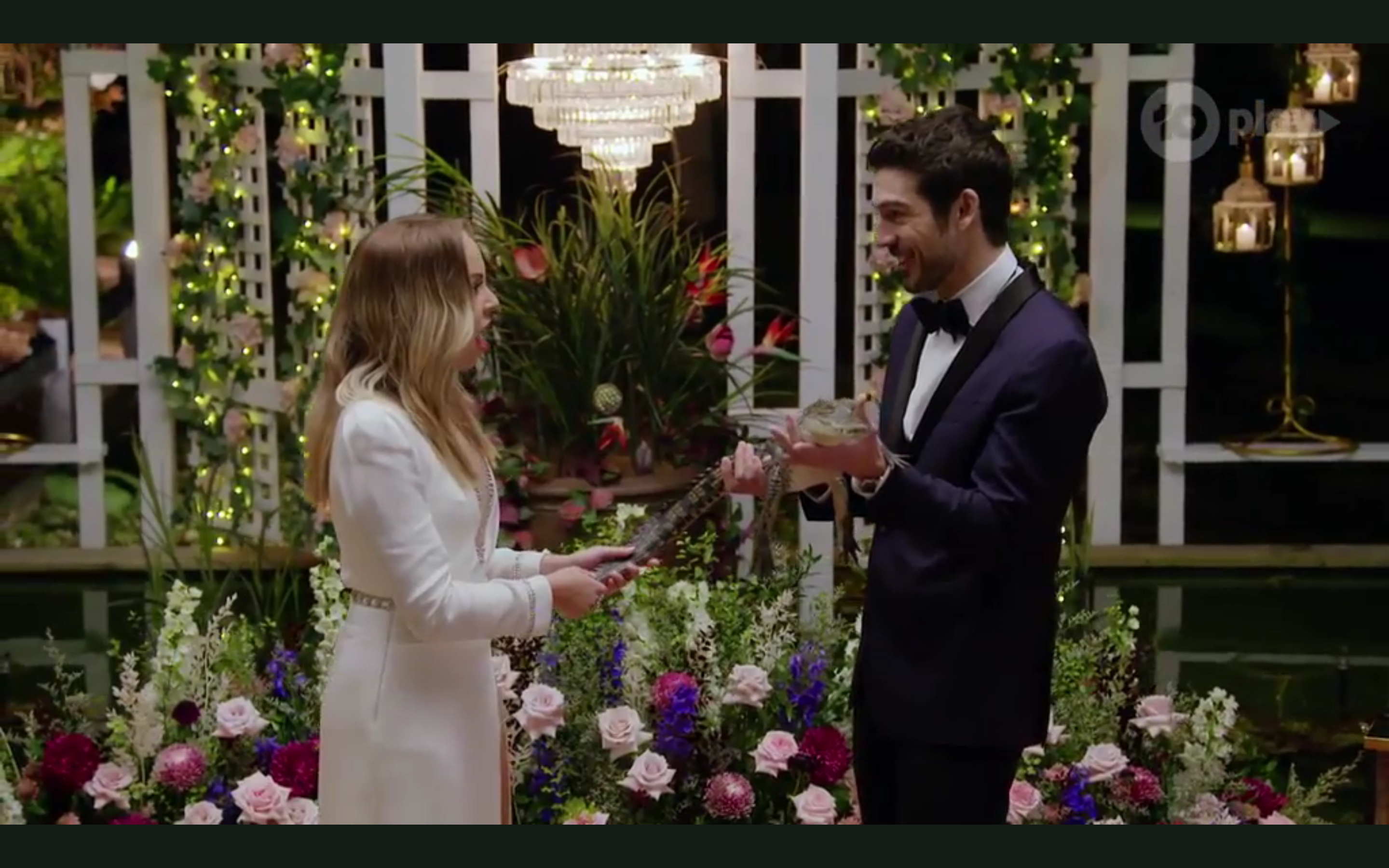