The current season of “Race” has returned to the show’s typical format (teams with existing relationships) but they are revisiting some familiar spots, including the Batoka Gorge in Zambia, the very first challenge ever on “Amazing Race” when Season 1 aired in 2001.

“I love going back and this season we’ve done it quite a bit, visiting some of the iconic spots, the switchbacks are always to me a lot of fun. We have such history to draw on and it’s great to have that history.”

In the next episode, airing tonight at 8 p.m. ET/PT on CTV, teams will visit another familiar site – the Arc de Triomphe in Paris – the Pit Stop for the second leg in Season 1.

“Next to the Taj Mahal and the Pyramids it’s right up there. It’s absolutely iconic on the Champs-Elysees, it’s absolutely stunning and beautiful and then they have some really interesting challenges – a rapping challenge, they get in some biplanes. It’s awesome.”

They will also be travelling to Poland and India later in the season, something Keoghan is particularly excited about.

“Those episodes through India are my favourite this season, just because of taking ordinary people or so called ordinary people and putting them in an extraordinary situation with vivid colours and culture and where they are a complete fish out of water … It’s a great finish. Lots of drama.”

Just finished watching The Amazing Race , I enjoy the show seeing all the different places they travel .
I think team Texas Josh and Tanner are two nice looking Guys ,
Just thought I mention they add nice scenery to the show also . 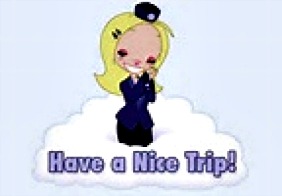 Life Is Like baseball, You Will Not Hit Every Pitch! 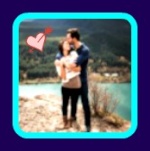 @rc49ers wrote:Just finished watching The Amazing Race , I enjoy the show seeing all the different places they travel .
I think  team Texas Josh and Tanner are two nice looking Guys ,
Just thought I mention they add nice scenery to the show also .

They certainly add another kind of scenery to the show. I just wish they were a little brighter. They went sightseeing in Paris instead of catching an earlier train to go to the next leg. Dumb move that could have cost them the race. Lucky for them, they are racing with one of the dumbest bunch of contestants ever.

Sprite , You are definitely right , But at my age ashamed to say I fall for looks over brains
Jus kidding .

Life Is Like baseball, You Will Not Hit Every Pitch!

rc49ers, you can say and do whatever you want! No need to be ashamed!

It's a good season this year! I am enjoying it.

I'm also enjoying this season. Last weekend I watched TAR 1, 2, and 3 on Amazon. I had never seen those seasons... I started with 5. Plan to watch 4 this weekend in between college football today and all day tomorrow.

'The Amazing Race' Season 30: Competitive Series Not Airing This Fall; Will Upcoming Season Feature the Final Race?
The Emmy award winning competitive reality series "The Amazing Race" will be hitting a milestone in the next season. What new twists is it cooking up for the big 3-0?

There are still no details teased about the upcoming season. And the fact that it has not made it to CBS' upcoming season caused fans to speculate a more likely 2018 airing. Others, however, are not discounting the possibility that the reality series may be moved to the network's streaming service, CBS All Access.

I have read at another forum that the next season will be filming starting in October hopefully to be shown in 2018.

The last few seconds of this interview is where he says it films in October.

@havadrpepper Great thanks! I looked around but didn't see anything regarding to Season 30.

This is one of my favorite shows. Can't wait for Season 30!

Credit: @LoriK PR
lorikpublicrelations My flight took off the same time as theirs and so I was lucky enough to take this last pic for them before they headed off on The Amazing Race! How cute do they look?! #jody #teamjody #theamazingrace .