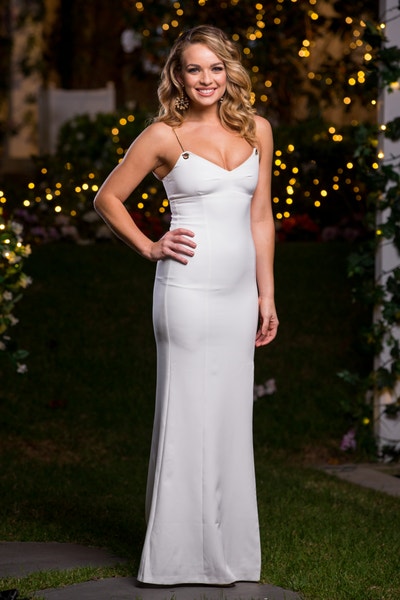 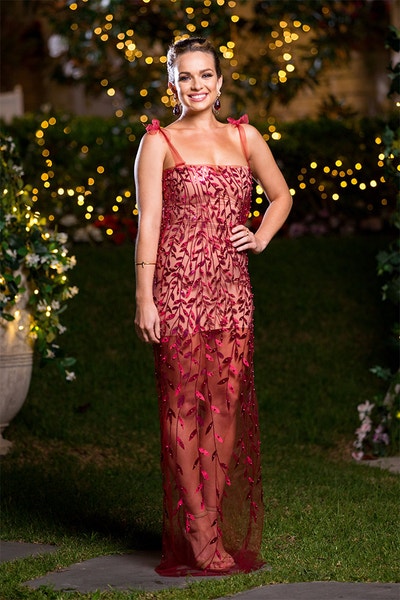 'It completely messed with me': The awful trick Matt and Bachelor producers played on Abbie

The moment the astrophysicist, 32, revealed to Abbie that his ‘heart belonged with someone else’ - chemical engineer Chelsie McLeod - an outpouring of sympathy and support for the fiesty Gemini began online.

Many, including Aussie comedian Dave ‘Hughesy’ Hughes, took to social media to slam Matt for making Abbie believe that she was ‘the one.’

And now, in an exclusive chat with Yahoo Lifestyle, Abbie reveals that yes, she trusted that she’d be standing next to Matt in the finale, largely because of his behaviour when the cameras stopped rolling.

Abbie ‘led on’ by Matt and producers

“Our date was actually the day before the finale, it was the opposite order of how it was shown [in the episode],” Abbies reveals.

“So I was with him at 11, 10 [pm] the night before”, she says, adding that Matt gave her no reason to expect he wouldn’t choose her.

“He was completely fine with me, he didn’t back off at all,” she explains.

“We were kissing off-camera, we were having cute moments off-camera, he was being his normal self,” she goes on.

Not only that, but the crew behind the scenes also led her to believe that she had it in the bag.

“All of the crew were like, ‘you’ve got it,’ not just the producers but like everyone, and everyone was like, ‘he’s obsessed with you,’” she says.

‘It messed with me’

“I did feel a little bit led on and that’s why I said to [Matt] ‘you shouldn’t have done that off-camera last night... because talking to me off-camera completely messed with me’,” Abbie reveals.

“And the on-camera stuff, like, I understand how the show works but the off-camera stuff made me pretty upset,” she says.

Though I am not a fan of Abbie, I feel for her. The producers actually played her. Those tears are genuine imo. Hope they all have a normal life ASAP!

Totally agree - I've never seen a contestant so heavily edited and manipulated to suit the story TPTB wanted viewers to believe.  Sounds like Matt did his fair share of off-camera setup too.  At least she has a chance to defend herself now that the show's over.

Bachbee wrote:I wish all of the trolls on Abbies insta saying nasty things about her would watch this interview. She seems like a warm and lovely girl who is quite emotional, not at all like the character TBP edited her to be

I look forward to seeing her on BIP and I hope they give her the 'Alisha' edit so people can see who she really is. 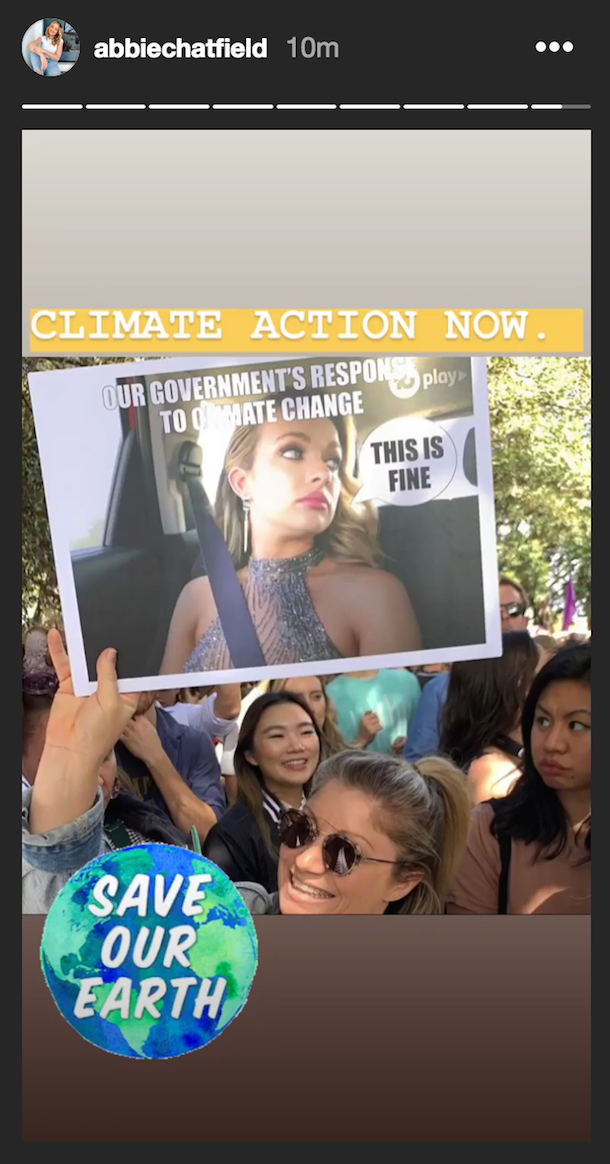 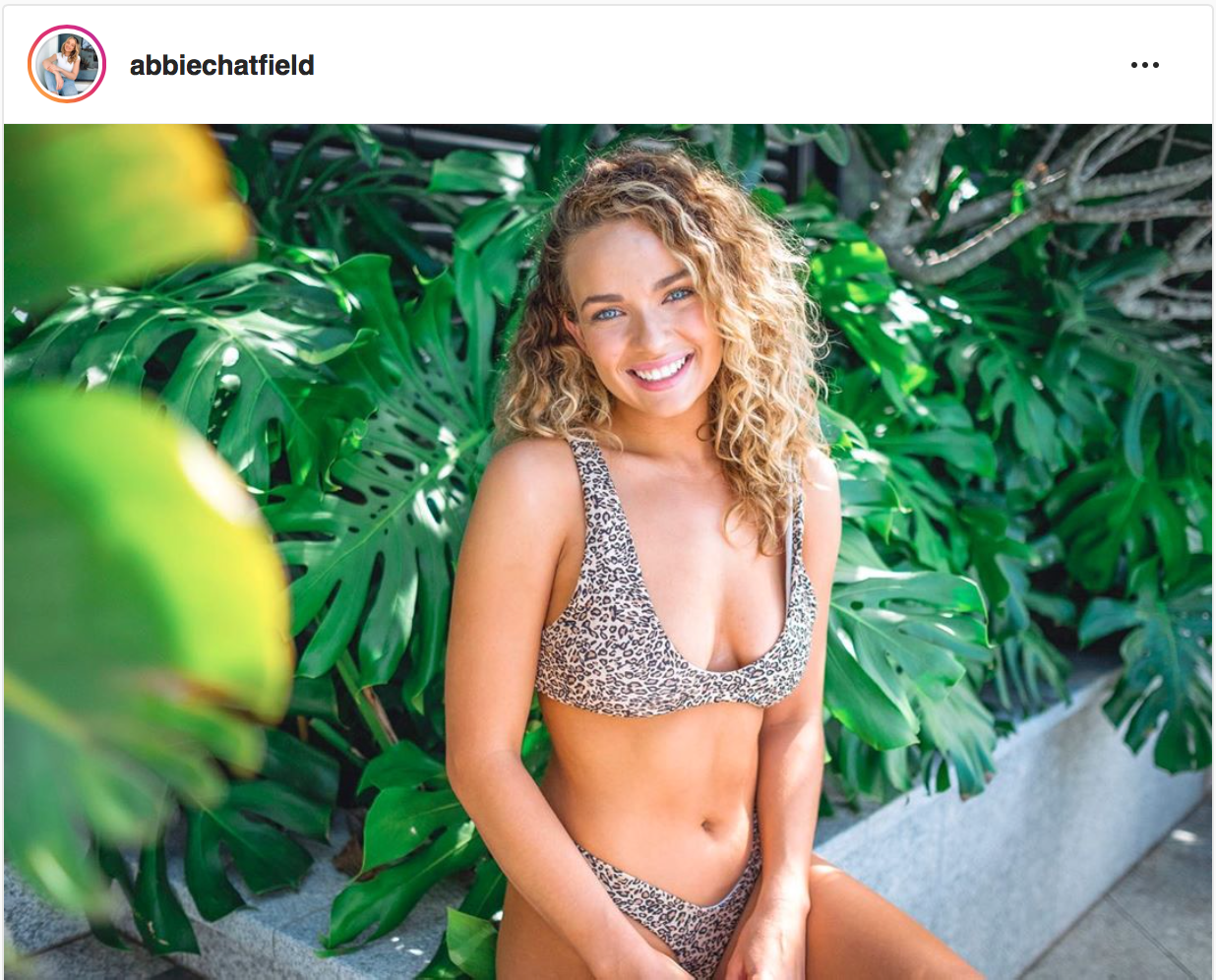 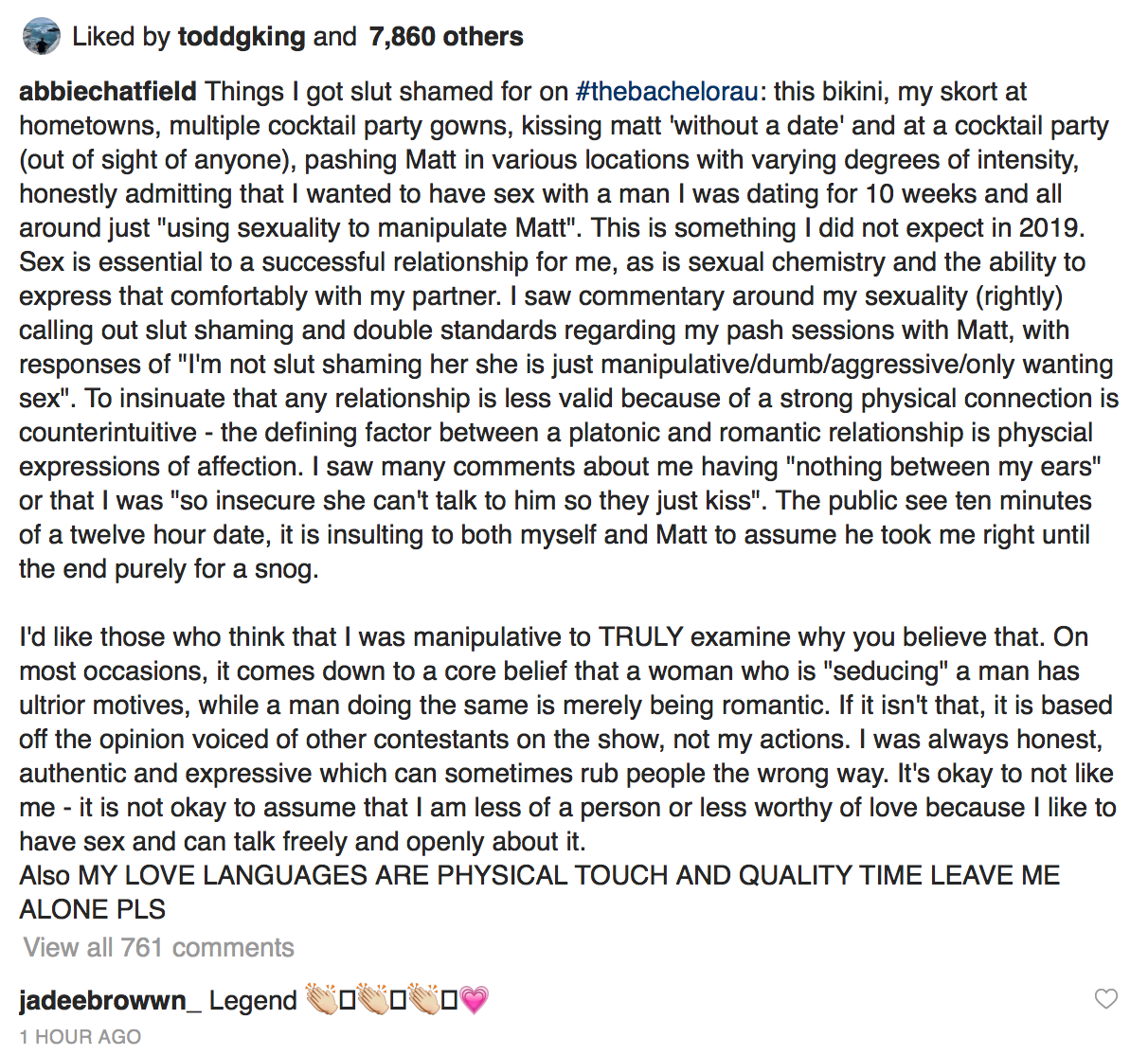 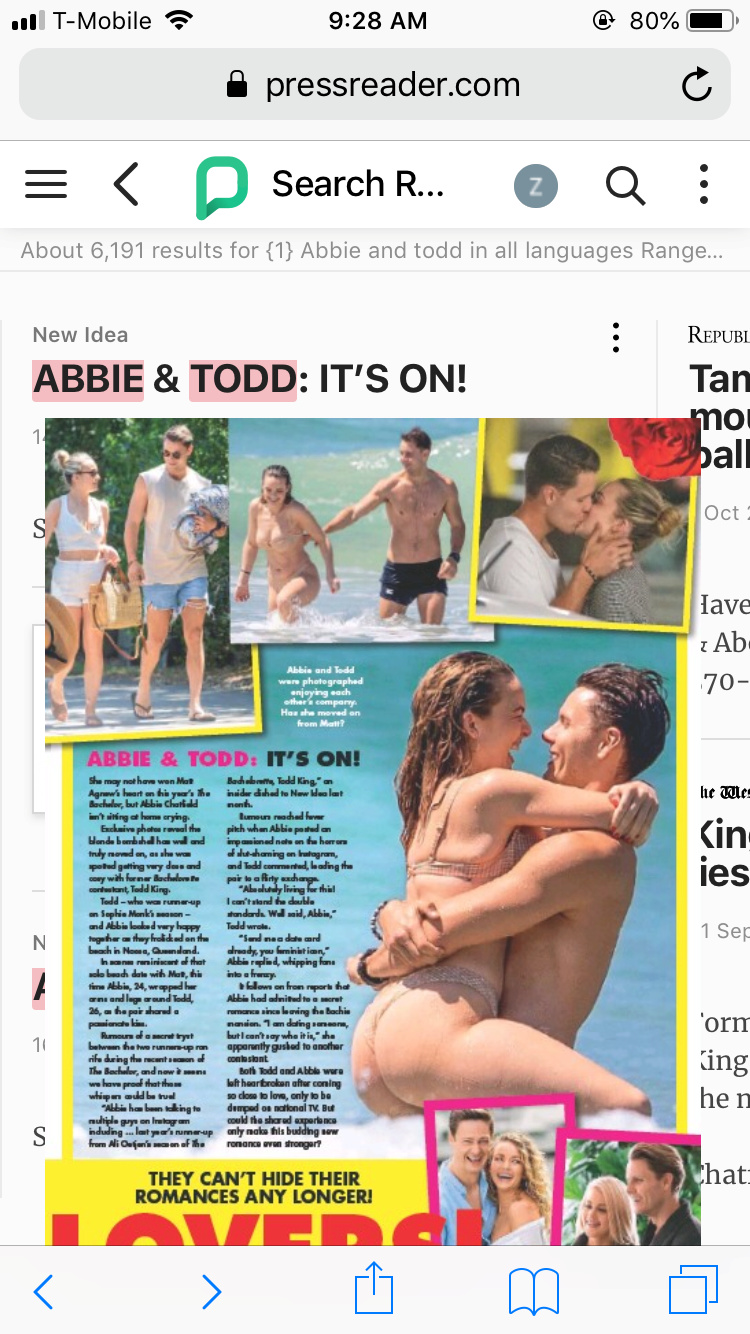 Hmmm....Because I do the monkey jump all the time on the beach...with my a** front and center. Someone has been watching too much Bachelor. I feel like I am looking at an audition for BIP. No doubt next there will be pictures of them dry humping on the beach.

Lol, to say the least!

Would/ could this rule out an appearance on BIP? They're having their little slice of paradise right now

The link to the article is https://www.newidea.com.au/the-bachelor-abbie-chatfield-todd-king-hook-up

There is a few different pictures.

If he had been the bachelor he’d have picked her all the way imo. It’s crazy to me how much she’s his type and reminds me a lot physically too of his past gfs. I just hope she’s really into him and not just for show. I do think he’s definitely into her and will adore her and treat her so well.