@Pinkpincess Thanks for the pics! Wow that ring is stunning.

Read this new ring is 5 carats definitely much bigger than the 3.5 carats Neil Lane one.

I wonder if he traded in the Neil Lane or if he plans on maybe putting it in a pendant for her up the road.

Jolena wrote:I wonder if he traded in the Neil Lane or if he plans on maybe putting it in a pendant for her up the road.

Accdg to their IG story they kept the Neil Lane ring. This new ring costs up to $250,000 which Jordan paid for himself.
Full description of new ring is below

If you guys check ring concierge Instagram story, she told a quick story about the whole thing


- j&j were already talking about changing her ring and came into the office earlier this summer. She wanted a different design . So she had her eye on that ring
-Jojo wanted her ring to match her other jewelry so they went with the gold band. Jordan decided to add the hidden halo
-so jojo thought they were going to come back this fall to work on the ring  but Jordan secretly reach out and came to the office last month without her knowing and worked on the ring so he can re propose to her
- they shipped out the ring to him last week 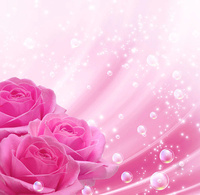 What a beautiful meaningful gesture! Wow, I never noticed the hidden halo, so pretty!

I have a cubic zirconia that cost around $100 bucks that look similar. I was going to say add a few zero's and a two in front. @vernie113 beat me too it!

Updates from Jojo re the re-proposal from Scrubbing with Becca and Tanya:
- It happened at the 2nd venue the looked at..
- It was in a private venue (not a usual resort) with a helicopter pad with a tour guide and just the 2 of them. As they were looking at the helicopter pad, Jordan was saying sweet nothings to Jojo and before she knew it, he went down one knee and put out the box and opened it, Jojo couldn't believe what was in front of her and she just blacked out. She doesn't remember anything else. She was crying and bawling her eyes . The tour guide was the one who took the video and accdg to Jojo, it is shaky. It is the only proof of the re-proposal;
- During the wedding dress fitting, Soraya, Nik (her aunt), Darla, Becca and Tanya were with her.
- Apparently, Jordan only told a few people about his intention to re-propose - to his parents, her parents, Luke and Aimee and Kathryn.
Accdg to Jojo, while J&J were dancing at Luke's wedding , Jordan whispered to her ears and said "I am so ready to marry you. Lets do it."

Jordan was on SEC Now from Kyle Field in College Station TX in prep for calling the game tomorrow evening at 8:30 PM EST. After that game he travels to Nashville early Friday morning to call the Georgia at Vandy game on Saturday. Looks like Jordan will celebrate his 31st birthday in Nashville. Would Jojo join him there ?

I forgot to mention that Jordan today has much less facial hair than this past weekend when they were in CA wedding venue searching . He really looks put together nicely .