Did they run out of film? That's the shortest announcement I've ever seen.

This is surprising. They are actually making another Bachelorette season before Bachelor S4?

I'm wondering if it has to do with the unexpected set back due to COVID which is messing up filming schedules.

@blueblues @GuardianAngel I thought it was odd too.

It could just be due to COVID but IMO it's also possible they thought they had a Lead lined up for Bach (Mike?) and it fell through.

So this could be a neat way of killing two birds with one stone - cast a bunch of guys for the next Bette while keeping their eyes open for standout applicants who could carry their own season.

@Bobette I like your ideas Bobette.
It will be interesting to see who they get, especially as they struggled to get enough men to even apply other years, and last season there were quite a few "New Zealanders" who came back from overseas just for the show - which can't happen now due to Coronavirus.

As we know they often have the leads lined up well in advance but just take applications anyway - any ideas/leads/thoughts on the Bette?
Found this btw . . .

@Jordan44 Not sure about potential Leads - I doubt they would rehash anyone from past Bach seasons since Lily was the only popular/obvious choice and even she was a risk IMO (which fortunately for them, paid off).

I also doubt they would mess with dual Leads again - it will be one woman, who can take instruction and can guarantee she won't go rogue or develop loose lips before her contract is up (lessons will have been learned from Lesina's casting IMO

ETA: Embedding article.  I don't know any of the women pictured - are any Lead potential in your opinon?  They did use Lily in one of their pre-show press releases last year (thought it was a red herring at the time...).

Bachelorettes and Bachelors, TVNZ wants you! 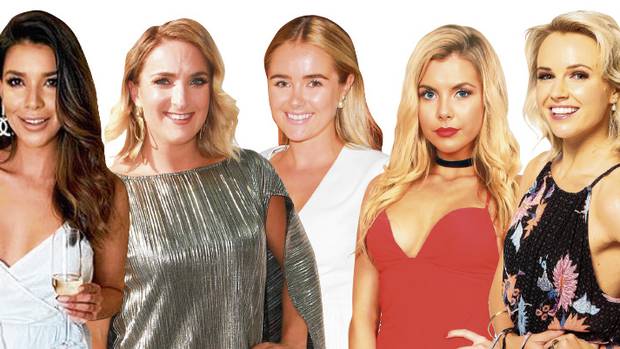 Hungry for romance post-lockdown? TVNZ 2 is bringing back The Bachelorette for a second season. The network has announced they are looking for the Bachelorette and her suitors from all across New Zealand, age 18+.

It will be a welcome distraction for reality TV fans. With success stories like last season's Lily McManus and Richie Boyens and the first-season love match of The Bachelor, the now Art and Matilda Green family of three, there will be no shortage of guys and girls looking for love, and a fair sprinkling looking for social-media followers and a career in influencing.

No matter the travel restrictions, come filming, the network is promising breath-taking dates through to romantic rose ceremonies and they are looking for a leading lady who's ready to embark on the adventure of a lifetime.

On Season 1 of The Bachelorette, producers pulled out all the reality tricks. McManus joined the original Bachelorette Dr Lesina Nakhid-Schuster, forming a double act and Bachelor intruders were also sprung on the cast.

Who may the network be hoping fits the fairytale Bachelorette bill? Nakhid-Schuster was an unknown quantity but shone, even though she left the show not finding her Mr Right.

For casting, we are ruling out past bachelorettes from The Bachelor franchise. McManus has done that trick, but other reality shows are flush with talent. Social media manager Franky March, who starred on TVNZ Survivor NZ in 2018 would be a good pick, as would Australian star, Lauren Matthews, of My Kitchen Rules: The Rivals, who is currently on screen in the kitchen with her brother Mark. Matthews has been back in NZ from Australia since lockdown.

Max Key's ex, Amelia Finlayson has the profile that would pull in viewers. Six months ago, Finlayson started chasing her dreams in Hollywood. She has landed a job in media but after months of LA lockdown, we are sure she would appreciate some time back home and back in the spotlight.

A casting dream would be LA-based actress and presenter Kimberley Crossman. We haven't seen her celebrate any relationships lately on Instagram and, once she was announced, male fans would be queuing to get on the show.

Lastly, we hear radio star Brodie Kane may have been a starter for Dancing with the Stars. The talented broadcaster is always up for a challenge and would be an amazing Bachelorette, giving the show plenty of laughs. It would be great to see the lovable larrikin hitched.

As for the gents, well ... guessing there would be a second show, one week into lockdown, Spy did a casting call for Bachelors on Instagram. Sadly our efforts fell only on K9 ears with George, a french bulldog, auditioning. So for now we are picking the two blokes from Season 1 who deserve a second shot at charming the new Bachelorette.

We reckon Quinn Ryan got a rough deal, being dumped by McManus. He is happy back in Hawke's Bay and still looks to be single. Tavita Karika came home due to a hernia, something he thinks cost him the chance at love with Nakhid-Schuster. If producers do find they need to bring out tricks on Season 2, maybe both bachelors make an entrance as intruders.

@Bobette Yes NZ Herald were the first to mention Lily, https://www.nzherald.co.nz/lifestyle/news/article.cfm?c_id=6&objectid=12248965 so wouldn't be entirely surprised if our lead was one of these girls. And I agree they will play it safe with just one Bette this time.
I'm thinking Kimberley Crossman https://www.stuff.co.nz/entertainment/tv-radio/tv-guide/121497913/how-to-survive-the-80s-with-kimberley-crossman- but none of them really stand out IMO. Time to start following their their IGs and see who goes quiet!

I think we will definitely see some intruders from last season like Tavita and perhaps Kurt?

@Jordan44 YES agreed, Tavita didn't get a good run and was popular with the audience - they'll have him back for sure IMO.  I'd like to see it - he's cocky but his heart is in the right place IMO. And maybe Quinn if he's not still seeing that girl on the DL...?

Adding this post-script here because the season 1 threads have been archived.  Lesina is "taking a break" from medicine to pursue acting.  Interesting move.

The Bachelorette New Zealand star Dr Lesina Nakhid-Schuster has revealed she is taking a break from medicine to pursue acting.

The 32-year-old gave her fans a life update on Instagram on Thursday as she explained that she had been 'working full steam' through the pandemic, and had been using the last few weeks to 'plan her next moves in life'.

Noting that acting was 'very different to the whole reality TV world', Lesina explained that it had always 'been another passion of hers', and she would tell her followers more about it when her plans were set in stone.