@Loulou  I have no idea what Swazi actually does to earn money as the cricket academy, as you say, doesn't look like it got off the ground.  It seems Q's f1 and f2 imo are both drifting in their lives with no real careers or indeed jobs at this point.

Eta I would say none of the guys would be next bach - they just don't cut it imo.

@Loulou wrote:https://instagram.com/elitecricketcentre?igshid=qk53l0f0t2b0
I’m interested to see what Swazi does post frc reveal.  He started this Instagram page 14Jan20 as a potential business but hasn’t posted 14Apr so I’m assuming he didn’t get it off the ground.  He looked SO young 12mths ago.  Now he is trying music ?

IMO red flags if can’t afford independent temp accommodation at 28 - sorry if that’s judgemental. @chasus71 would BN help with temp accom if he was next bachelor?
I supposed if f1 might be planning to move in with Q but sorry can’t visualise that.

On the BOLD I am not sure if the show would but it just seems he is doing a lot on SM that seems like to connect with the audience & keep the interest peeked on him. It is interesting to see that his life work journey is pretty much stalled in limbo maybe to make himself available for things/Opportunities. Trust me, I don't see Qiniso wanting someone in limbo just based off of her interviews she is straight up serious about being with someone who has their own stuff together and not trying to live or leech off of her. She even stated that it does frustrate her knowing that some guys are coming on the show to kind of jumpstart their stuff but she made it clear to the guys of what she is looking for. This is why it seems a bit off with Swazi just there in Cape Town not really working and trying to get something to stick. Just so weird honestly. He is doing sooooo much. Even those who may be influencers in the making, I have not seen this much activity from their side of things like what Swazi is doing, JMO.

I thought this tweet was very cute referencing Kgayna's personality:

If anyone is interested in viewing, Swazi is doing IG stories answering questions. **He seems to be completing this for the remained of his night SA time. He is also still at his cousin's place**

Below are a few questions answered: 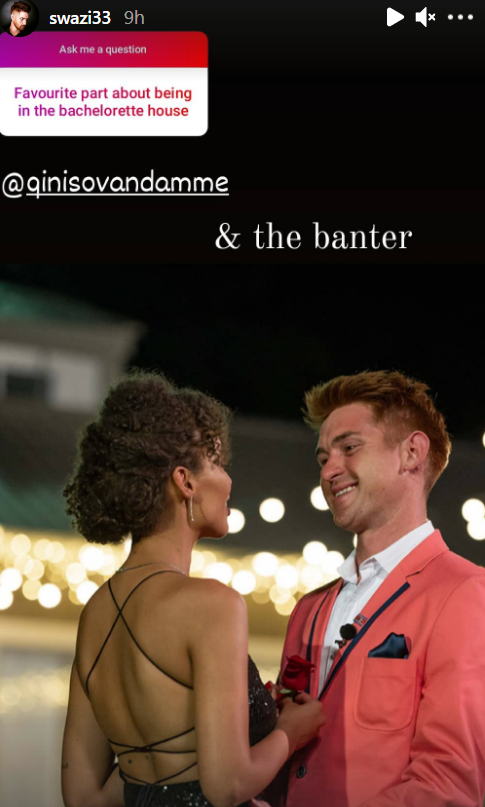 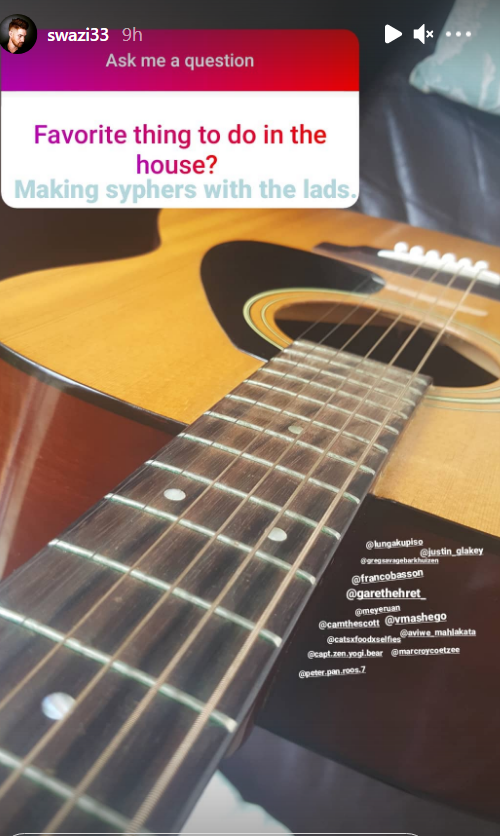 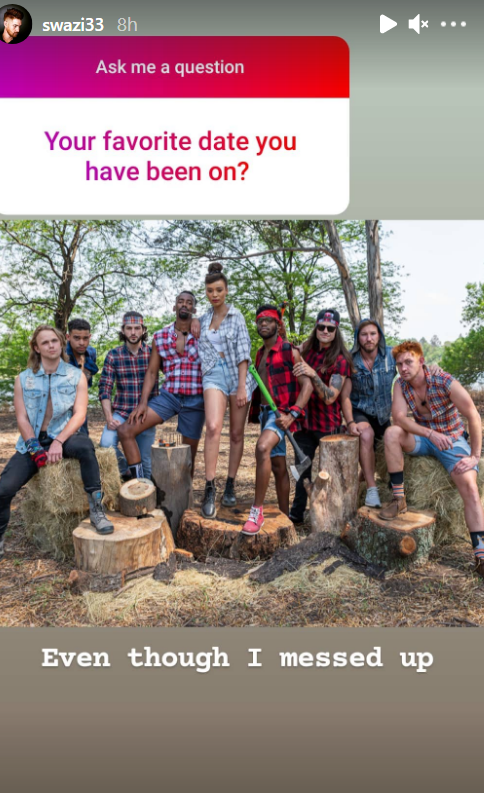 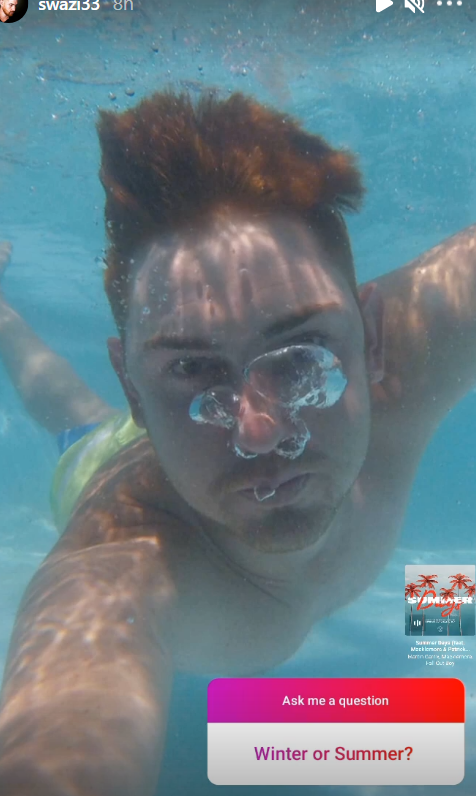 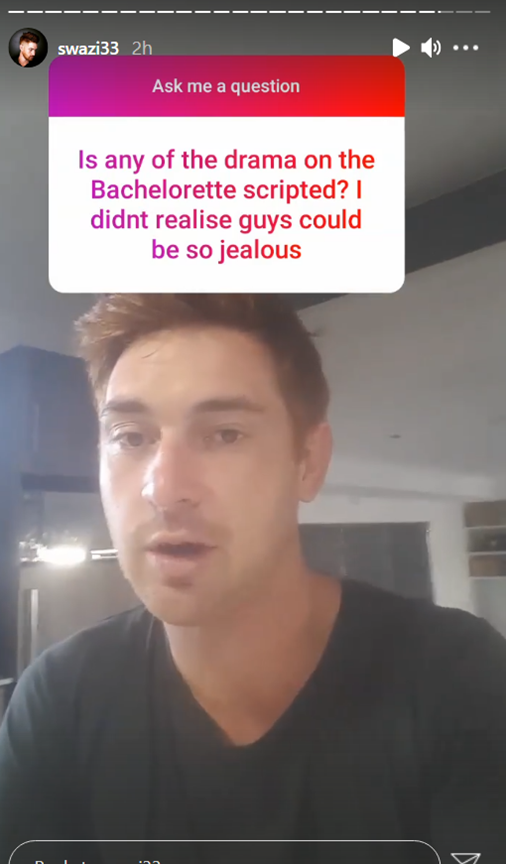 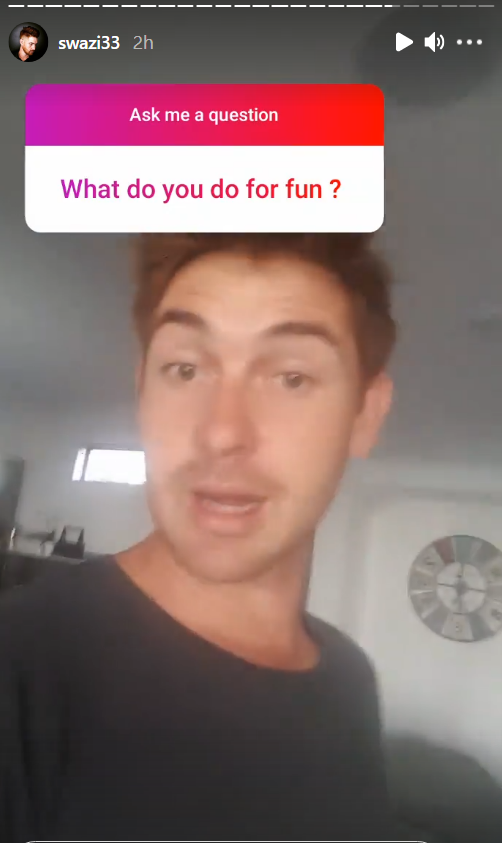 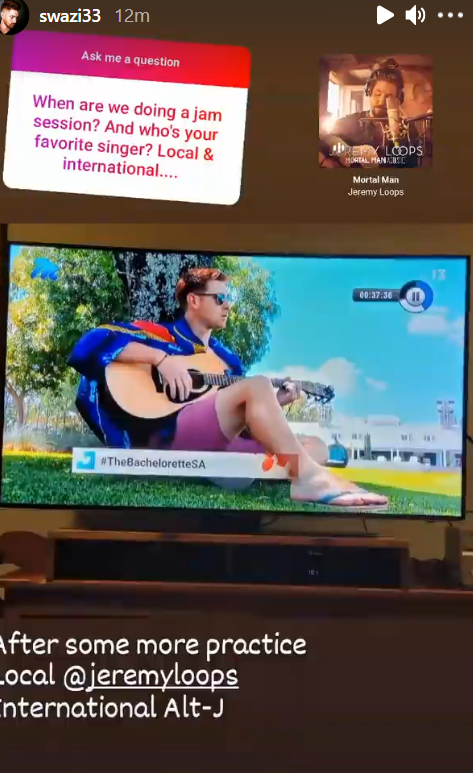 Now this is interesting, I replied to this tweet that Qiniso tweeted earlier:

Walking in looking like the symbol of #TheBachelorette franchise... a rose.

If I’m not compelled to give a rose, based on my feelings and intuition, I won’t.

I think it’s fair to say that a rose is not something that one is entitled to.:heart: 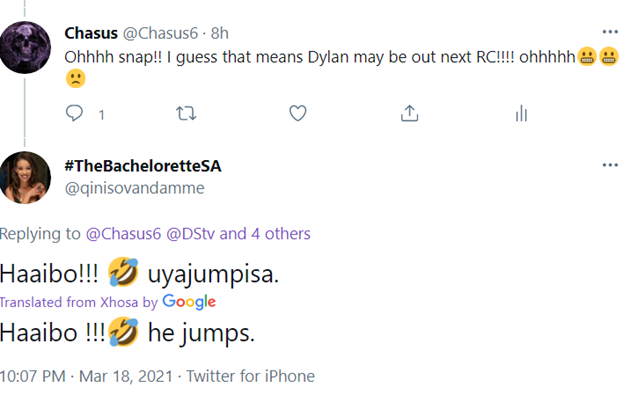 So I wonder what that means "He Jumps". Does anyone have a clue? Does Dylan Jump ship??

Well there was a 3rd person with them another guy so would they go on a date with other folks around who have nothing to do with the show???

I’ve looked at some photos of Waterford Estate and I can’t find the exact same place where Qs photo was taken but the gravel ground sure looks the same. But I do question it being so public with other people so I’m not onboard with this yet.

@Agent99  @Loulou
The first photo is what Bachiegossip used & it appears to be their friend's IG Story (Franco, Gareth, & Swazi follow's this guy he is a Pod caster):
Stories • Instagram 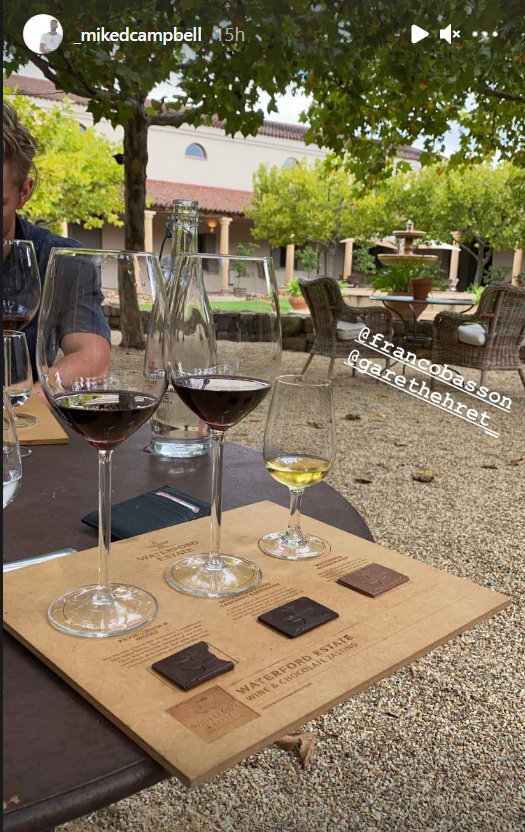 **Now here is the story that Gareth has had up for the last 16 hours and it appears to have been just the 3 guys hanging out:
Stories • Instagram 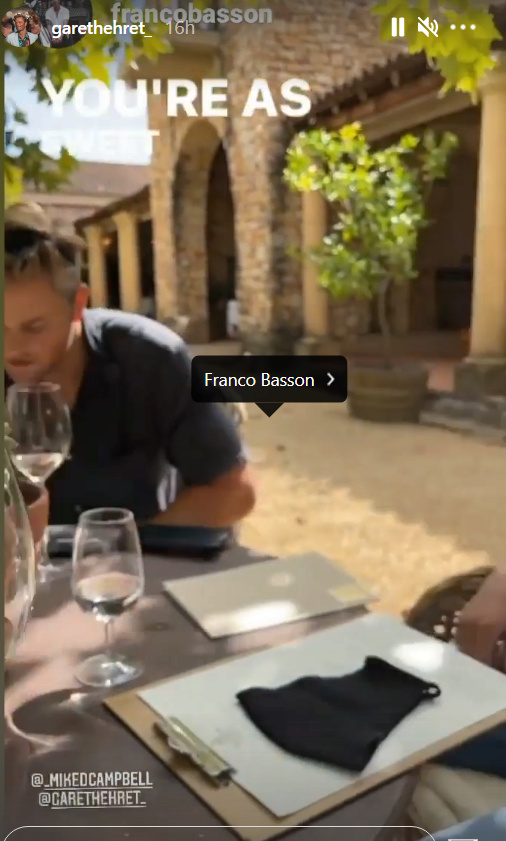 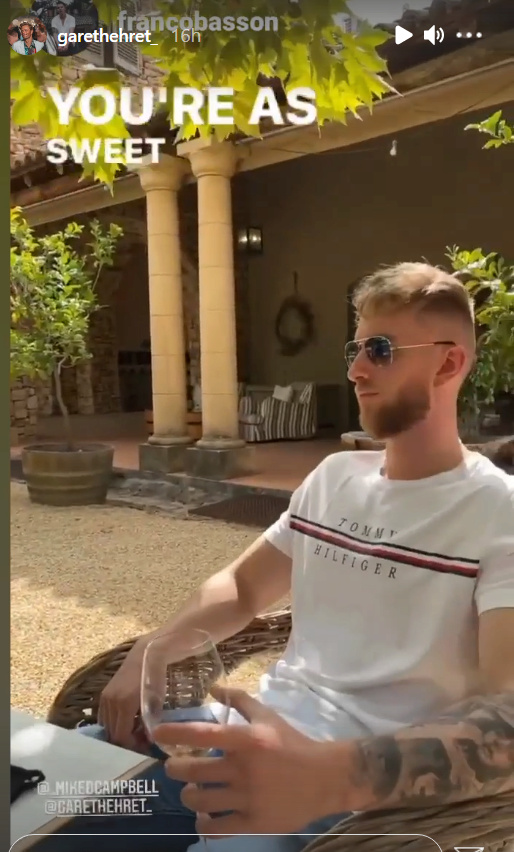 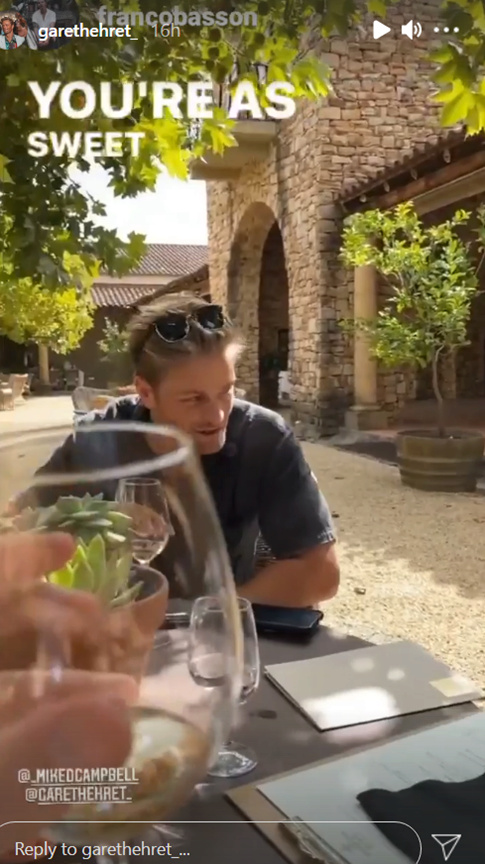 It is a strange camera pan, only taking in one side of the table, almost like they are cutting out someone.  But I do not think Q was there at all.  She is dressed up in her ig post and the guys are casual, and honestly it just wouldn't happen imo.  Q is very careful with her sm.

Bachiegossip dms all the contestants and thinks she establishes relationships with them, but she cannot sleuth imo.

@Agent99 I just don't believe she was with them honestly. I remember the first story Gareth did and it showed that he is hanging out with both Franco & this guy in the picture & he labeled it "Guy's Trip". This is when they were hiking (looks to have been around this same area they were on a stone bridge or something I want to say) and he did pan the camera around showing the 3 of them, so I don't think he was hiding anything. JMO.

Plus, if you go watch Franco's IG stories, they are all out sightseeing all over the place in public, one being a Museum and then the wine/chocolate tasting. So if Qiniso is or was with them then I don't see her being all out in public and NOT go unnoticed by some fan. JMO.