dailymail are only two weeks behind on the holly sleuthing

Holly Kingston, 27, is tipped to be one of ten beauties lucky enough to land a single date with the new suitor.

The Sydneysider was pictured cosying up to Jimmy on a solo paddle-boarding date on March 19.

Holly was encouraged to sign up to the Channel 10 dating show by former Miss Universe Australia Francesca Hung, who also happens to be friends with Jimmy.

Jimmy was instantly attracted to Holly after 'falling for her infectious smile', says a production insider.

Despite boasting 3,800 followers on Instagram, Holly's social media accounts have been switched to private, which is a requirement for all cast members.

So a week ahead of their usual schedule then.

I hope you weren't expecting to be credited, @catalyst Zero acknowledgment by DM that they got the info from here.

Holly might be out, or maybe has access to her phone at hometowns? Her following number has dropped by 2

Lil wee update because why not.

Holly's added 6 new photos, and had a bit of a following purge.

Holly in the meet some of the girls vid. 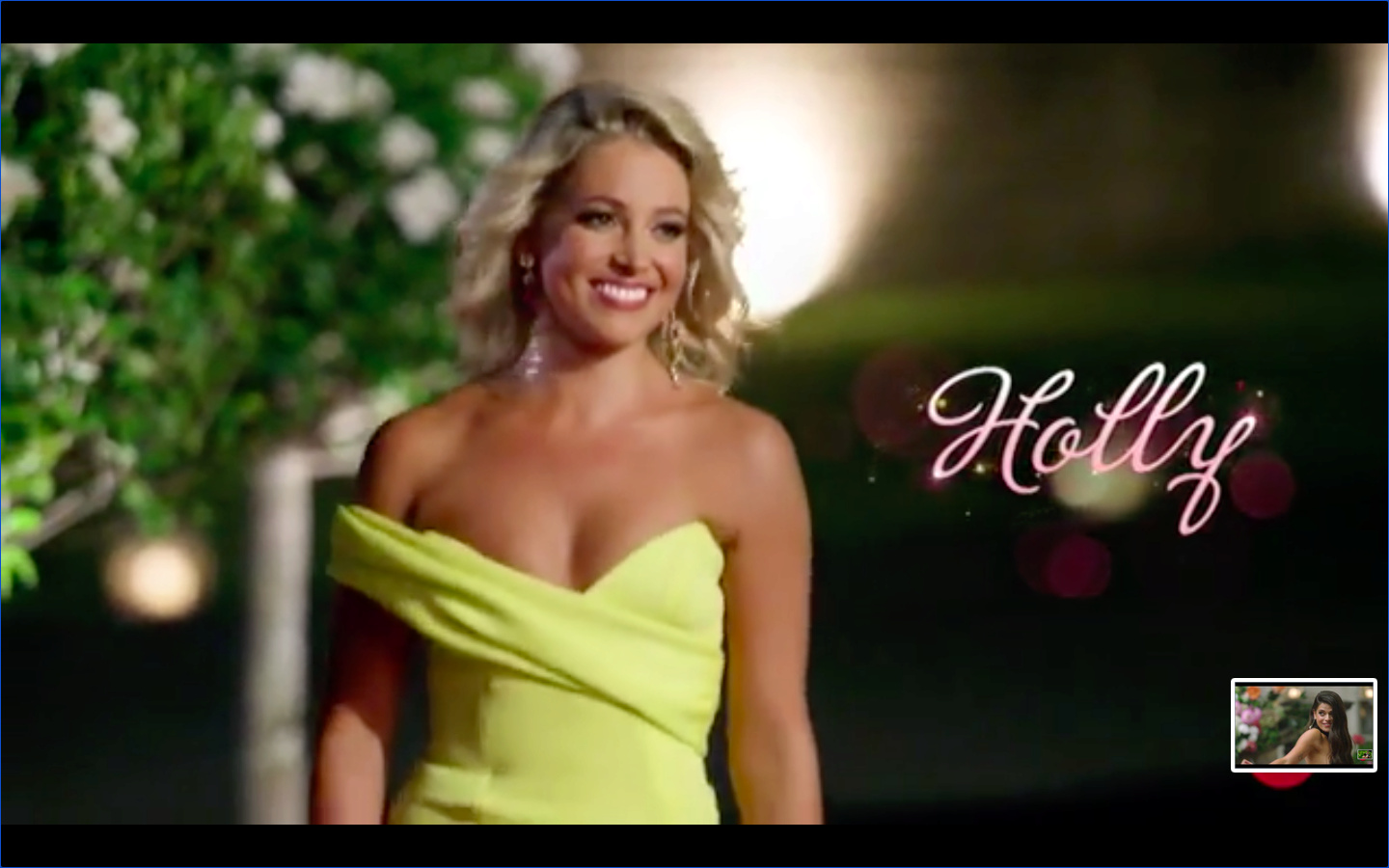 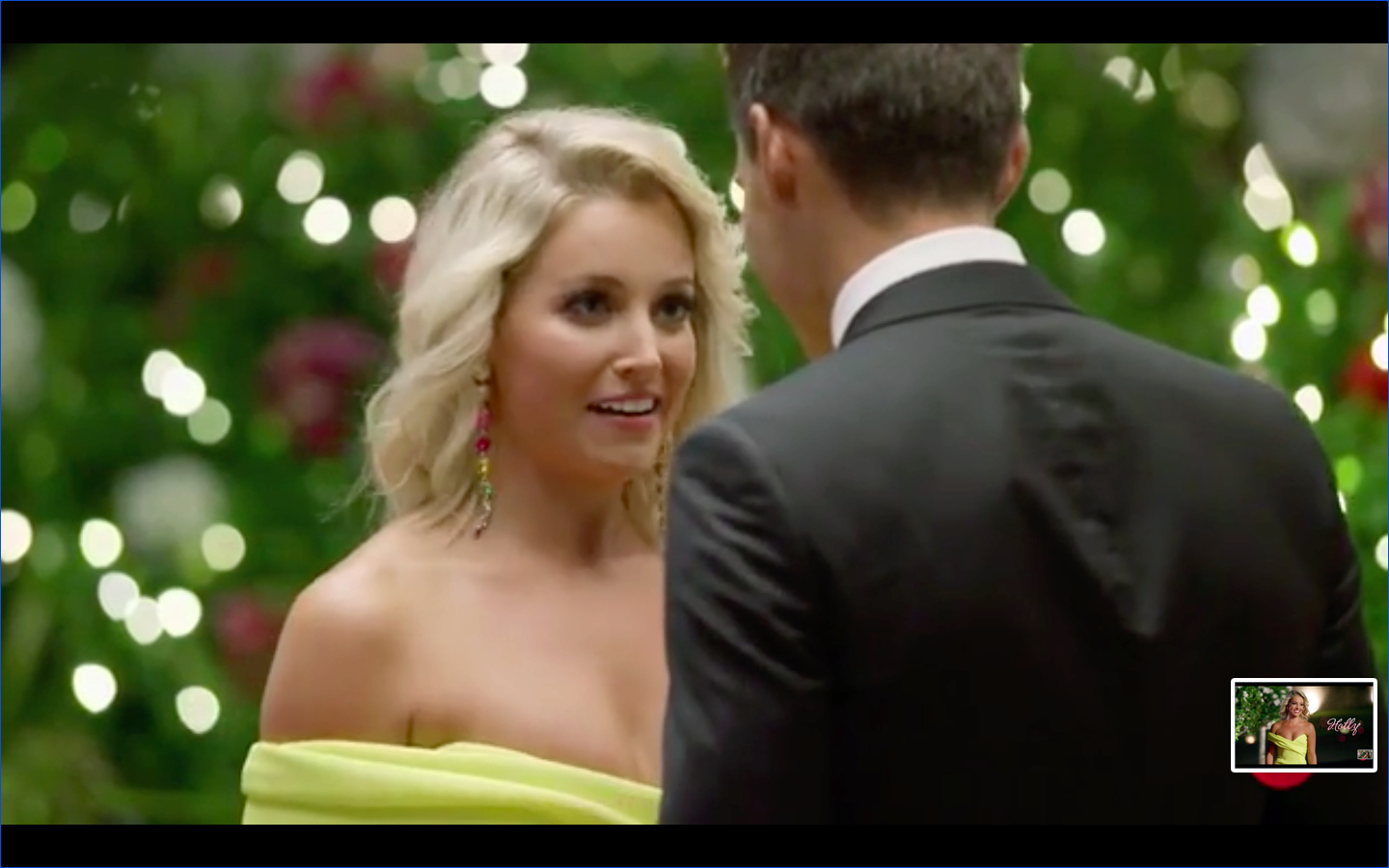 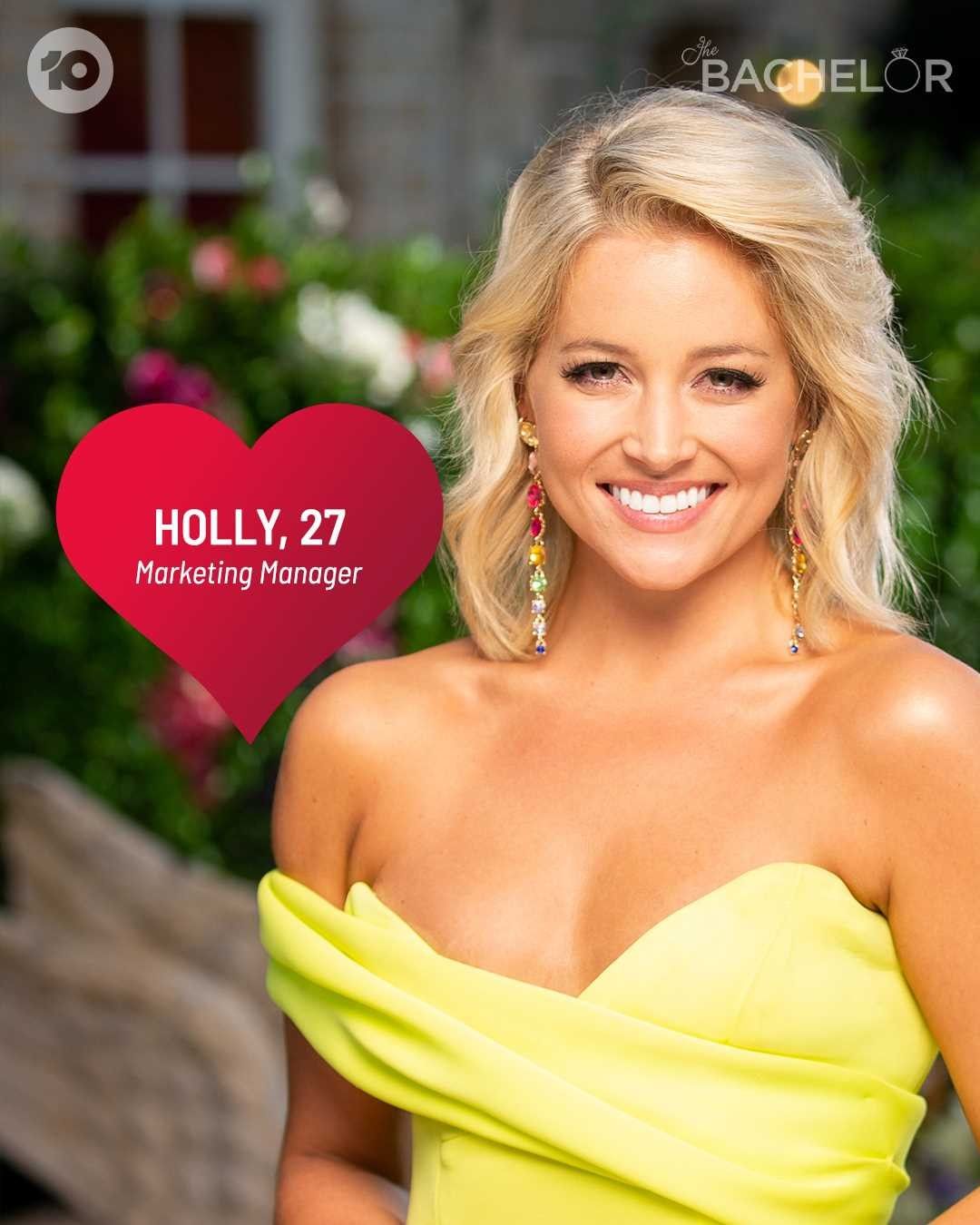 This appears to be Holly on their last date before the FRC in the NT, making her F2 IMO (with Jay F1).  I wonder if TPTB deliberately cast an actress/marketing person in the final 2 every season now, just in case the preferred/intended winner falls through and they need someone to fake it with the Lead. 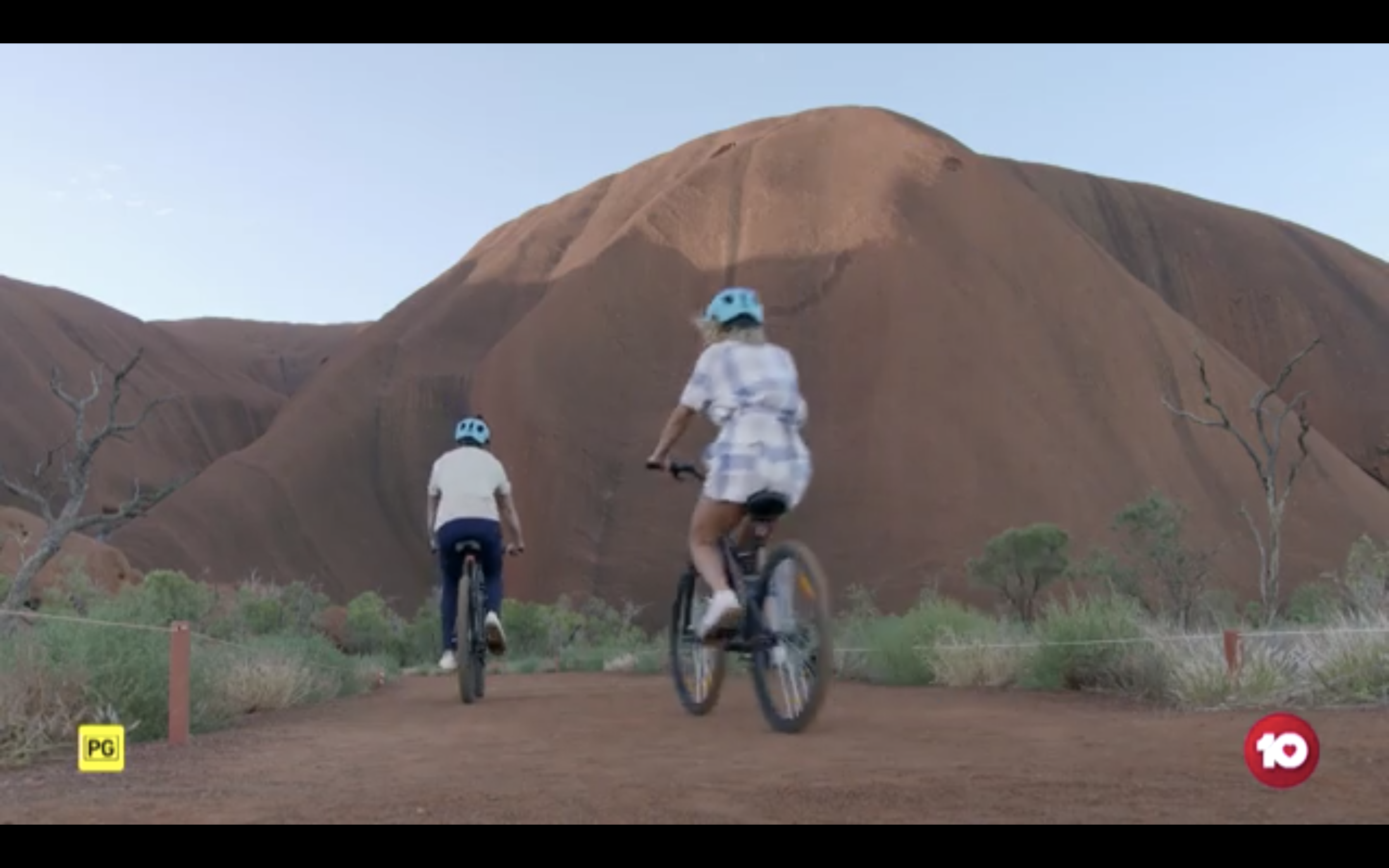 Her pre-show publicity has also been very reminiscent of Bella (and Carlin).  Date pics (IMO deliberately) leaked, identified here which led to media articles, one of the first cast announced, prominently featured in previews and trailers including the classic "crying" shots.  It's all just very familiar.

@Vjeff wrote:I notice she has quite a few articles she wrote for the Urban List on Google. And yes I am sceptical that anyone who goes into social media marketing doesn't have an ultimate aspiration of being a social media star. 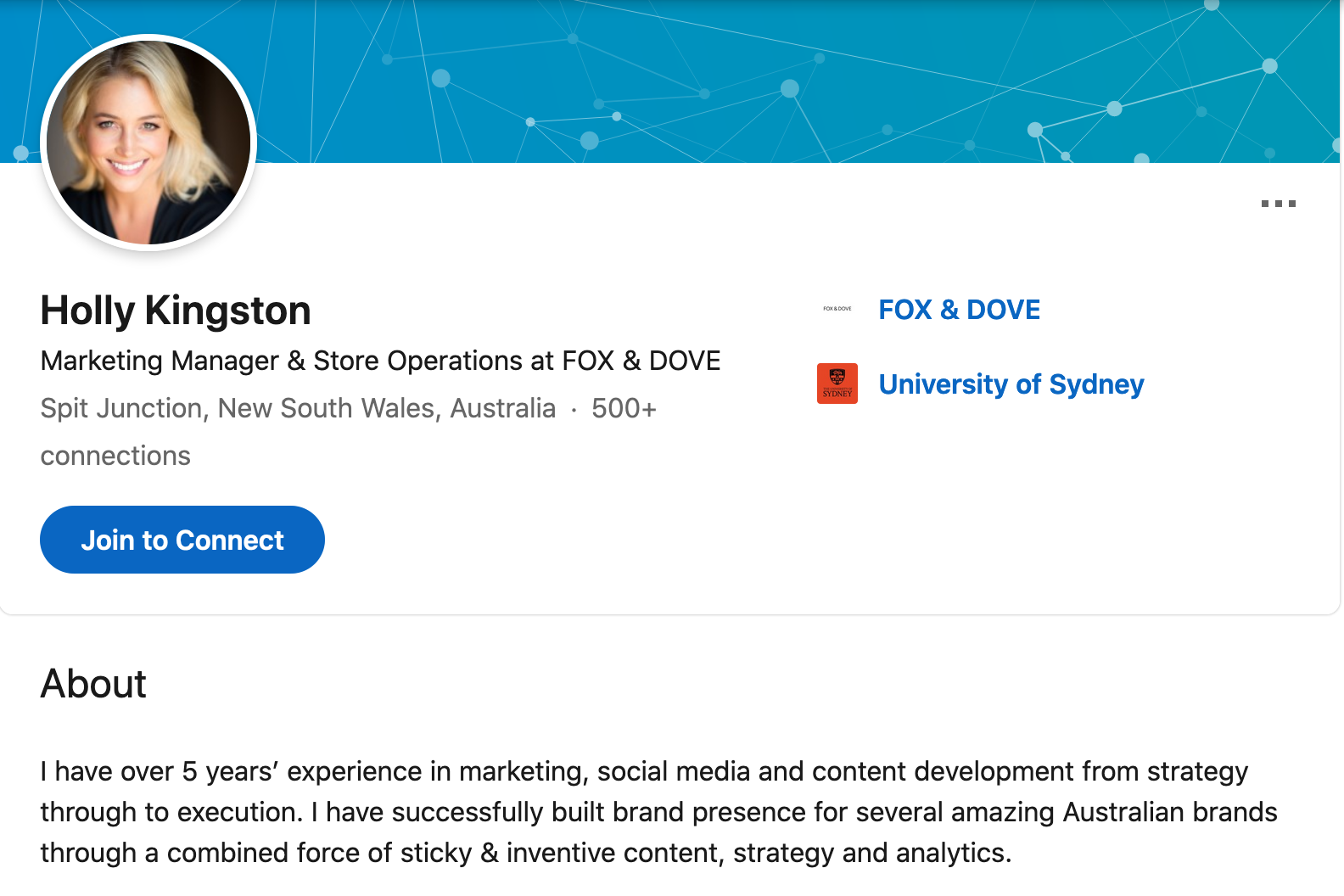 ... it's hard to believe her went on the show to genuinely find love, rather than strategically build her own brand, IMO. 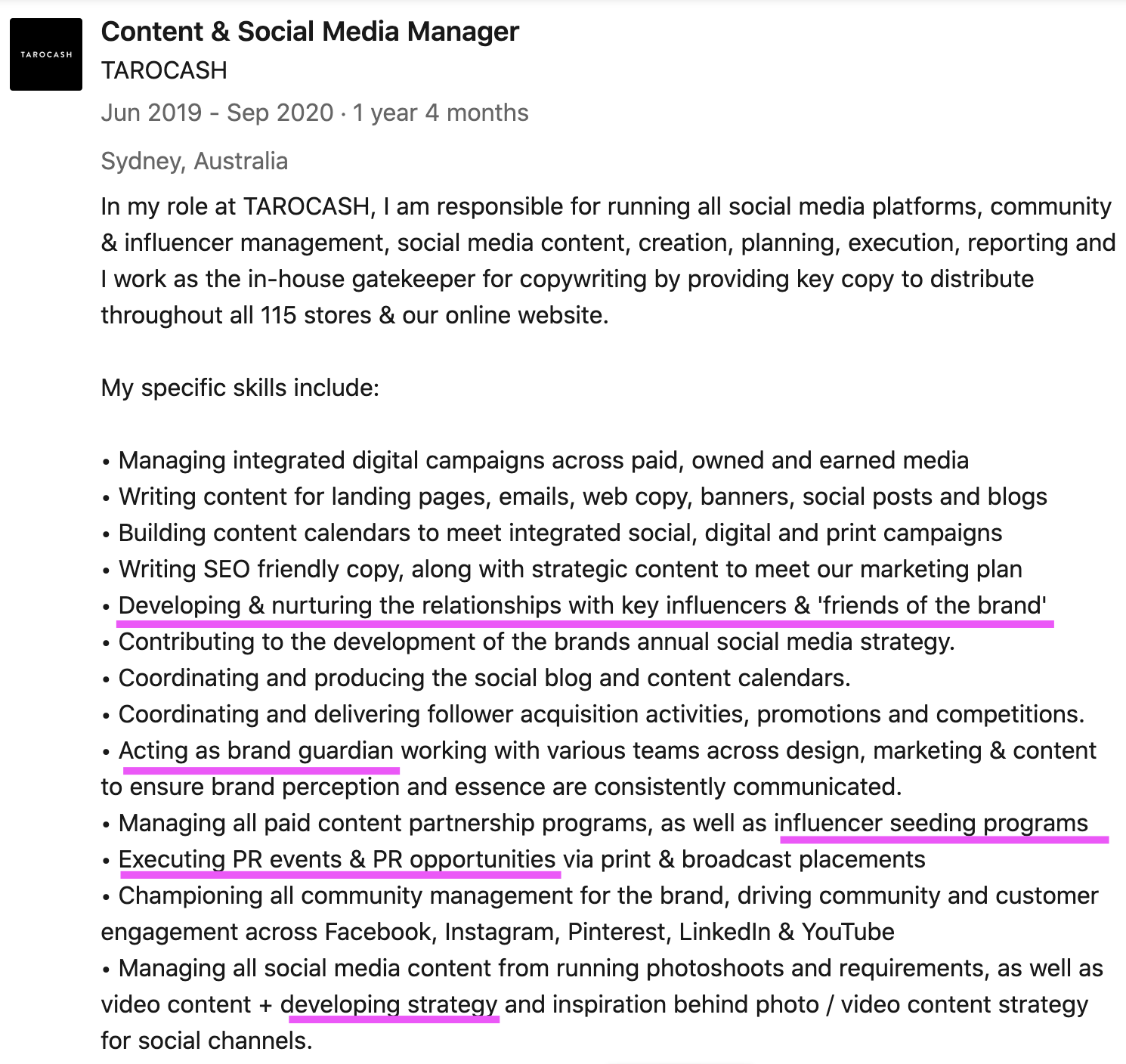 In a new low, so dramatic is so desperate for content she has stolen these screencaps I posted of Holly's Linkedin in March (note my magenta underlining) and is trying to get people to pay $5.50 to see them. 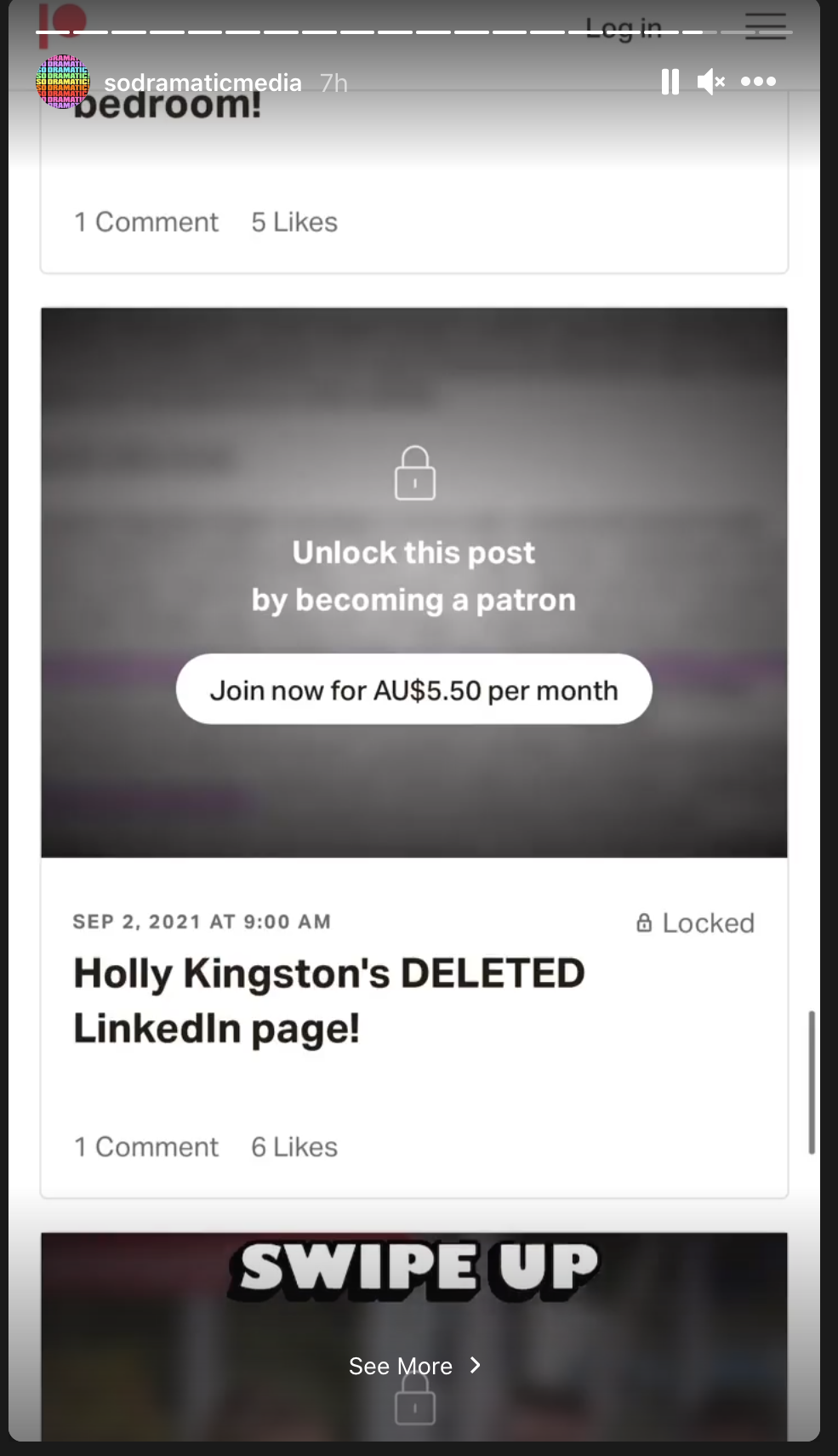 @Bobette Can she do that?
Don't you need permission or something?

Wow I really feel sorry for her, she is so desperate.

@Dumb Nah.  This is a free, public forum and journalists shamelessly steal stuff from us all the time for their own profit and rarely give credit.  Many get paid by the word for articles so the more research, quotes, theories and screenshots they get from us the less work they have to do (i.e. none

This seems especially brazen but just shows how badly SD's podcast must be doing if she's charging to see a screenshot.  As @Agent99 pointed out, with the cast banned from IG, these "spoiler" sites don't have much material because they're so used to being spoon-fed info by fame-hungry contestants.

Page 2 of 3
+8
Idlemess
leavers
Vjeff
ariwolf
Bobette
Enough
catalyst
Sprite
12 posters
Permissions in this forum:
You cannot reply to topics in this forum