And when have you ever had to tell an ex that you're seeing someone new?" Thurston questioned.

Maybe before he's your ex?

Sprite wrote:She is so full of it. So she thought about giving Blake a heads up, but decided against it. Just like she all of a sudden decided on day 12 that John was going to have such a huge role on her little 12 days of whatever stupid stunt. Now she admits, if she could do it again, she wouldn't. So she is still not apologizing to Blake, she is only sorry because she got flack for it and it wasn't worth it.

Katie is so tone deaf and apparently John isn't much better. They just need to shut up. Everything you are doing is making people dislike you more.

Apparently, the criticism that she was being cruel to Blake didn’t bother her much. It was hearing that people questioned her feelings for John that rubbed her the wrong way. It’s like she is lacking the ability for empathy. The more she talks, the worse she sounds.

I regret defending her for so long. I thought she was a refreshing pot stirrer on this prude show, and she stood up against the bullies on Matt’s season. But then she let the bullies on her own season dictate her actions, and now she is besties with Anna Redman, the worst of them all. Calling themselves “The Controversial Crew” is just a clever attempt to avoid responsibility for any wrongdoings in the past.
JMO

@Sprite I'm glad I wasn't the only one who reacted this way!!

Katie is the only alum so far that has mentioned the allegations against Joe Coleman. This is more like the Katie I used to like on Matt’s season, the brave one that spoke up when she saw something wrong.
JMO 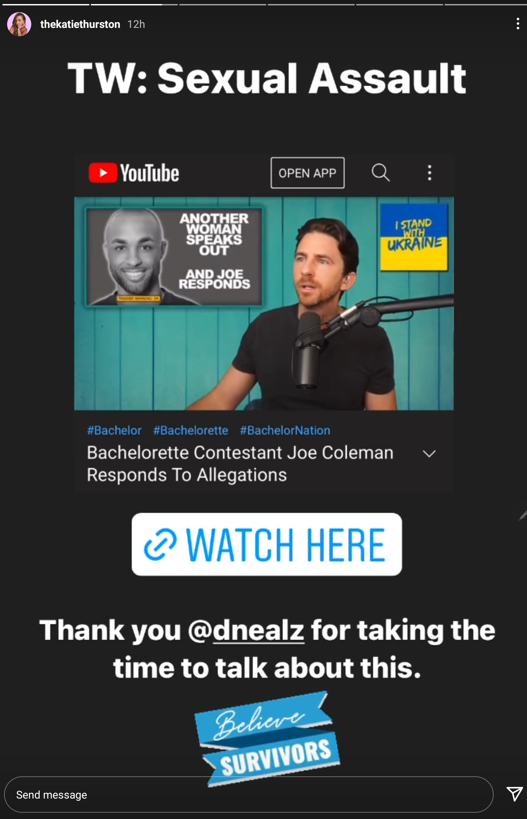 Katie has lost over 100k followers since her new romance with John. When she broke up with Blake she was just over 1 million, and she is not at 895K, and still dropping fast.

@alwayscooking I looked at her IG after I read your post and can understand why she is loosing followers. She doesn't post anything of value other than selfies and diagrams of inverted nipples if you have that issue.

I do like her new haircut, it looks so much better.

It's amazing that Michelle Young is still under 800k followers.... very amazing imo

Katie just posted to her IG stories : no. we aren't together. Did she and John break up?

Who knows what she's up too. She was off "the grid" for 30 days to focus on family and friends, back in May and John also posted the same sort of tweet. 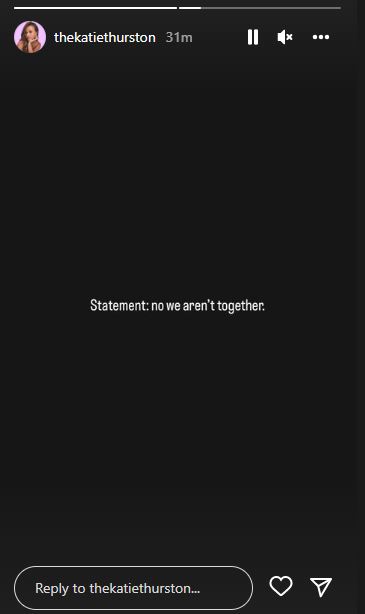 us weekly has an article now. 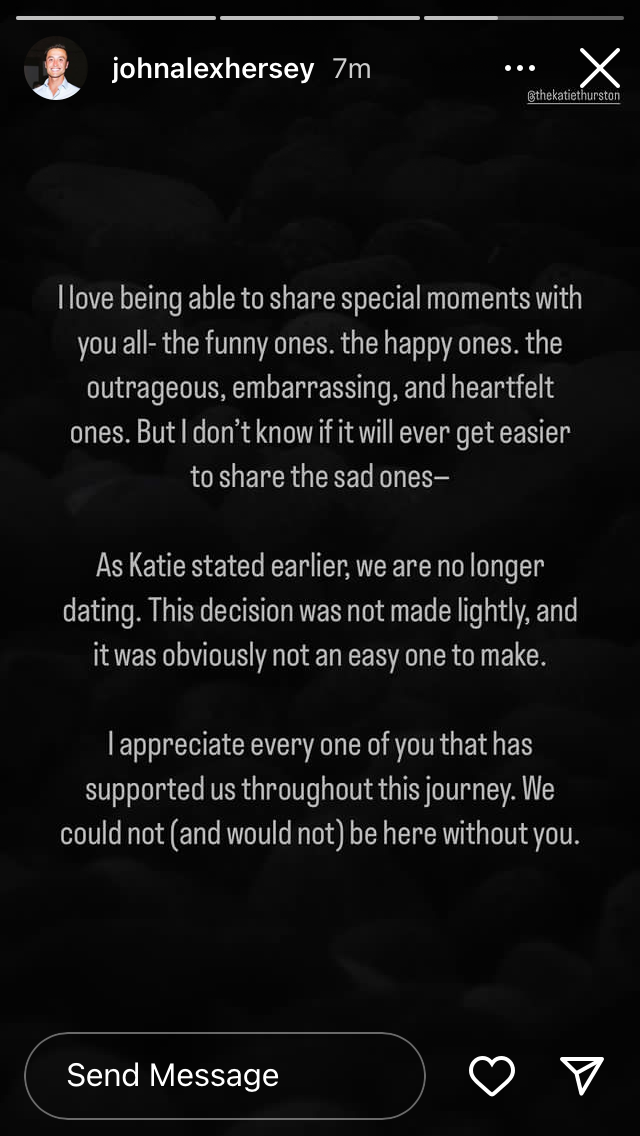