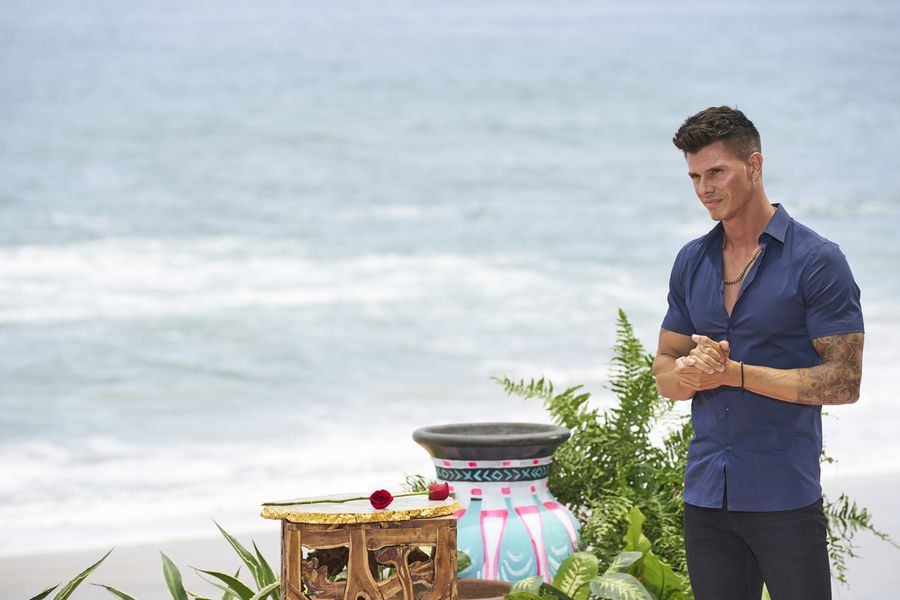 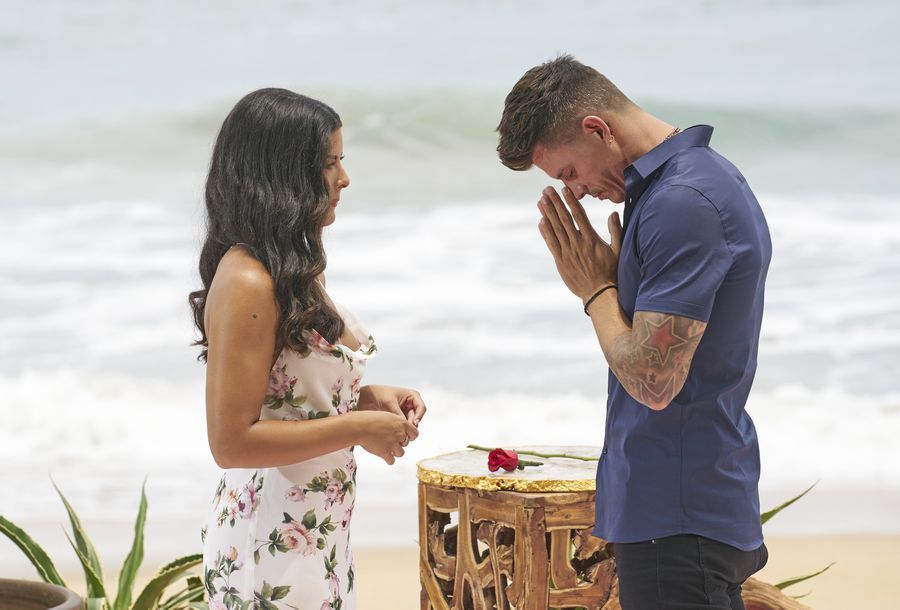 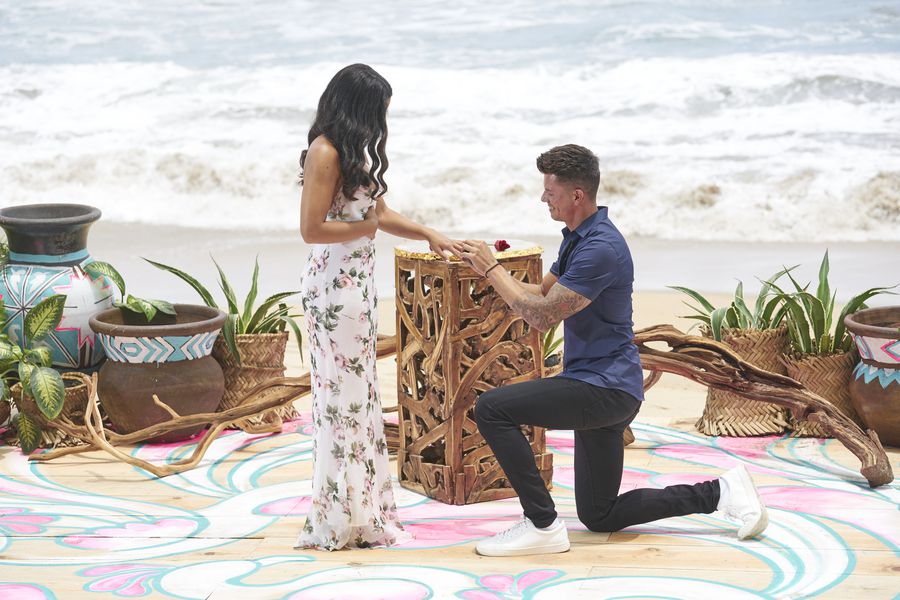 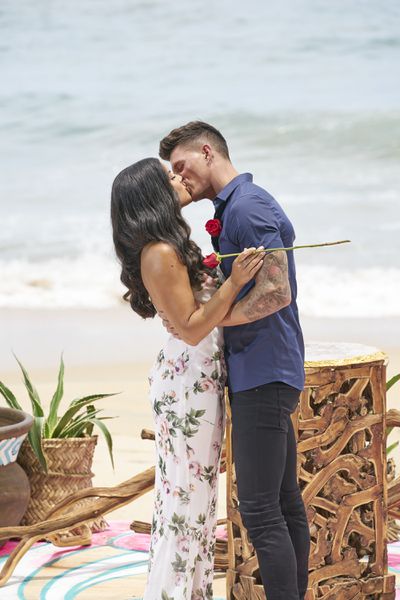 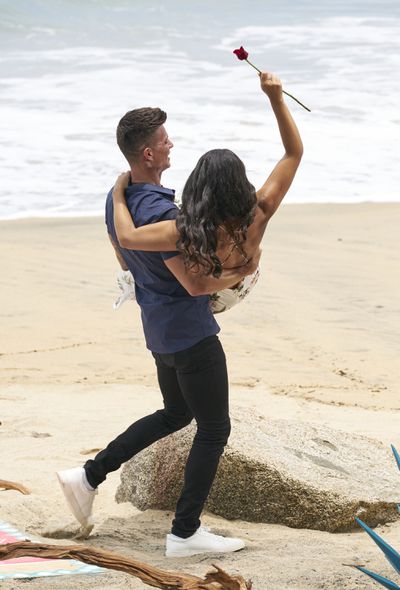 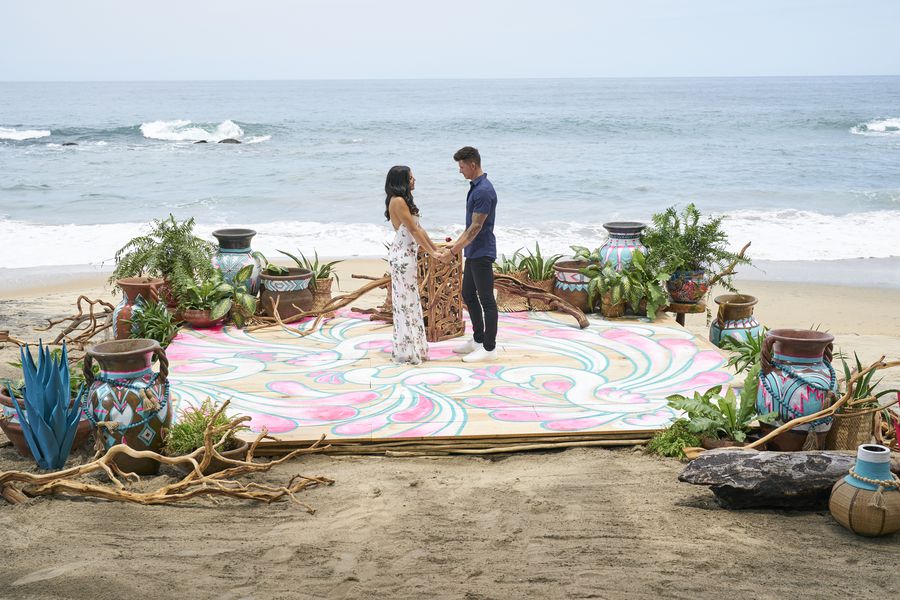 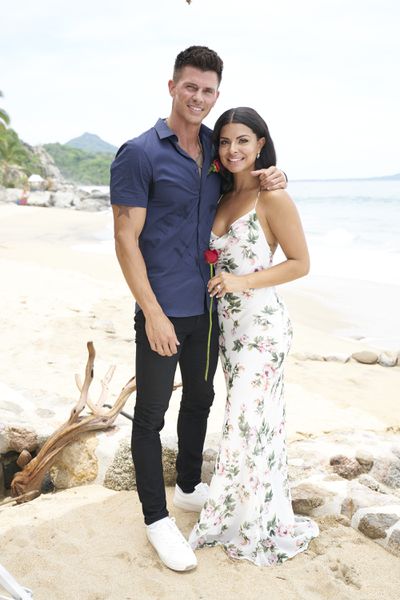 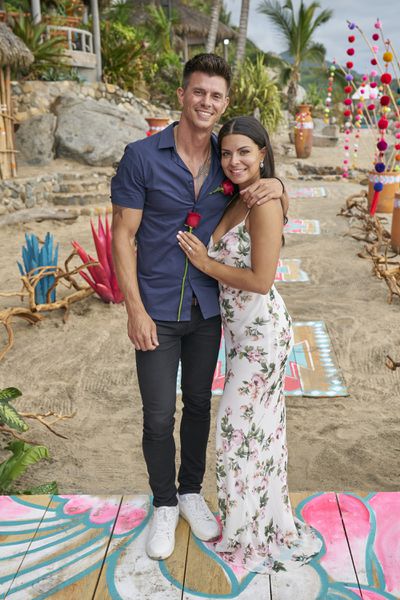 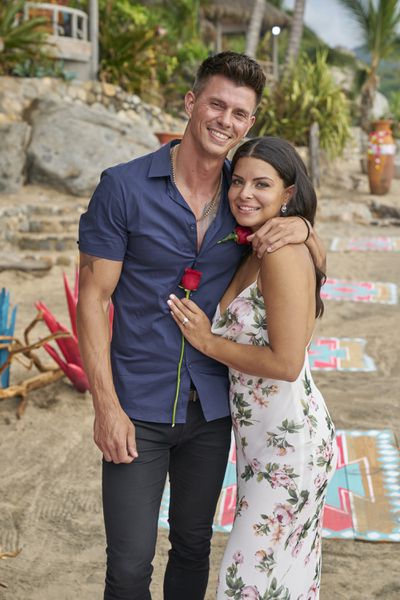 I didn't think these two were going to make it but now that I read her explanation up thread about dating other people it makes sense.

She spoke to Wells and asked when do couples become exclusive and he said around week 3 or 4. At that point it was only week 2.

“I talked to Wells [Adams] a little bit and I asked him, ‘When do couples usually start to become more exclusive?’ And he said not until, like, week three or four usually. And at this point, we’re just before the second rose ceremony, so it was very early on,” Mari explained last month on the “Click Bait” podcast of her decision to press pause on their romance after the couple previously agreed not to go on dates with other people. “And so I went back and I told [Kenny], ‘Listen, I feel like it’s early on, I care about you, I have feelings for you. I really like where this is going. However, I feel like it’s still too early to cut it off and to say, you know, this is it, we’re not going to go on dates with other people.’ Because my whole point for going to Paradise was to find the person that I’m supposed to be with.”

@GuardianAngel Of course they weren't going to show us the reasoning. It wouldn't be nearly as dramatic.

I had my doubts about these 2 as a couple as they didn't seem as connected as most couples are when they get engaged. However, Kenny's explanation that his family is not overtly verbal with the I love you's and saying it to Mari was his first time - Wow! I get him more now. And Mari saying she had been on her own since a young age. I think they found each other for a reason and hope they can build on what they've started. As much as I feel Serena/Joe and Maurissa/Riley have a stronger foundation, Kenny and Mari seem to need each other more than the others.

Exclusive: Mari Pepin-Solis and Kenny Braasch were one of three couples to get engaged during the season 7 finale of #BiP — and they've been busy planning for their future ever since. https://t.co/Livy3SgS8Y

Mari and Kenny
Mari's ring features and oval-shaped center stone surrounded by 42 round-cut daimonds. It's a total of 2 carats in weight and is signed by Lane. 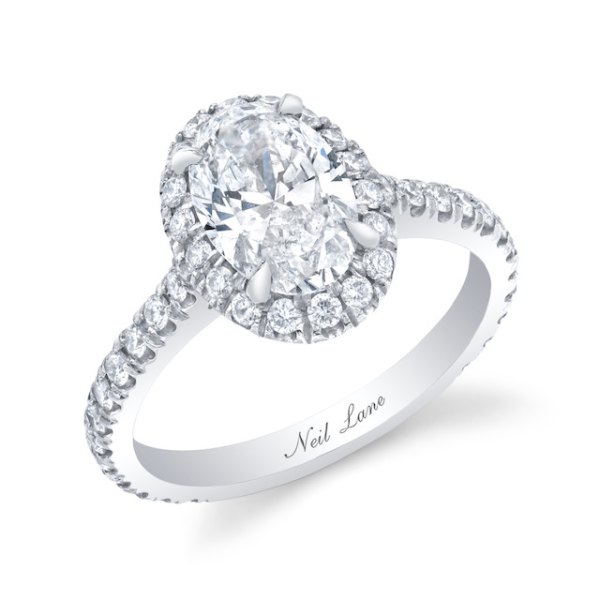 I'm looking forward to the wedding pics in Puerto Rico!

EXCLUSIVE: Mari and Kenny are talking wedding plans after their #BachelorInParadise engagement!https://t.co/QsP0BrRpQp

Page 1 of 4
+6
alwayscooking
frajosfanofchris
Norcalgal
Sprite
GuardianAngel
bluwavz
10 posters
Permissions in this forum:
You cannot reply to topics in this forum