@GuardianAngel did you watch Jeopardy GOAT last night? They dedicated one  category to famous Canadians, narrated by Ryan Reynolds.
The only one I got right is Margaret Atwood.

They also has a category named The Bachelor,   but it’s not related to the reality show,  but about unmarried men.

Many people have been asking for this.

Did anyone else like the Super Bowl Halftime show? I loved Shakira and JLO!

I liked it too, @suzq, especially Shakira. It was cute when JLo's daughter was singing along.

I loved JLO's daughter, Emme, as well! I thought Demi Lovato did a fabulous job, too!

@suzq wrote:Did anyone else like the Super Bowl Halftime show?  I loved Shakira and JLO!

I think they did a good job, but frankly I was also disappointed. Why do the women performers always have to make it about sex? ... The skimpy costumes, the grinding, the booty shaking, the stripper poles? The music almost seems secondary. I am far from a prude, but the double standard really annoys me.

@suzq wrote:Did anyone else like the Super Bowl Halftime show?  I loved Shakira and JLO!

I think they did a good job, but frankly I was also disappointed. Why do the women performers always have to make it about sex? ... The skimpy costumes, the grinding, the booty shaking, the stripper poles? The music almost seems secondary. I am far from a prude, but the double standard really annoys me.

Right. I have some thoughts and feelings on this too. It's really hard to have this conversation, I think. Because there's on the one hand the right for women to express their sexuality how they want. I believe in that right, 100%. No shaming whatsoever and I have trouble personally criticising individual choice when the problem is on a macro social level. But at the same time how much of that sexuality is determined by the male gaze and catering to male desire? How much of it is harmful to women as a whole? Because I feel sometimes like we're meant to unquestionably congratulate overt heteronormative sexual displays by conventionally attractive women like this, but literally anything else is wrong. You can't express your sexuality if you fall outside the norm AND if you're a conventionally attractive young or youngish woman then if you're not interested in presenting yourself like this then people decide there's something wrong with you or that your own abstinence (not from sex necessarily, but from overt heteronormative female sexuality) is a judgment on those who do participate.

And of course, why don't men express their sexuality for women in the same way? And when they do it's just treated like a joke (eg male stripper movies). Ha ha, female sexual desire. What a joke. Female sexuality is acceptable only when it's packaged as "young attractive woman making herself look hot for a man", it's not about what women want and what really satisfies women.

Shiz, sorry. This is all the frustrated sociology major coming out in me

@leavers Yes. If both sexes did it I wouldn't have an issue, but it is mostly all women. Why must we be so sexualized? Then I saw this and it made me even more mad. The standards for women are becoming more and more ridiculous. No wonder all these young women have body image issues and fill their bodies with plasitic. 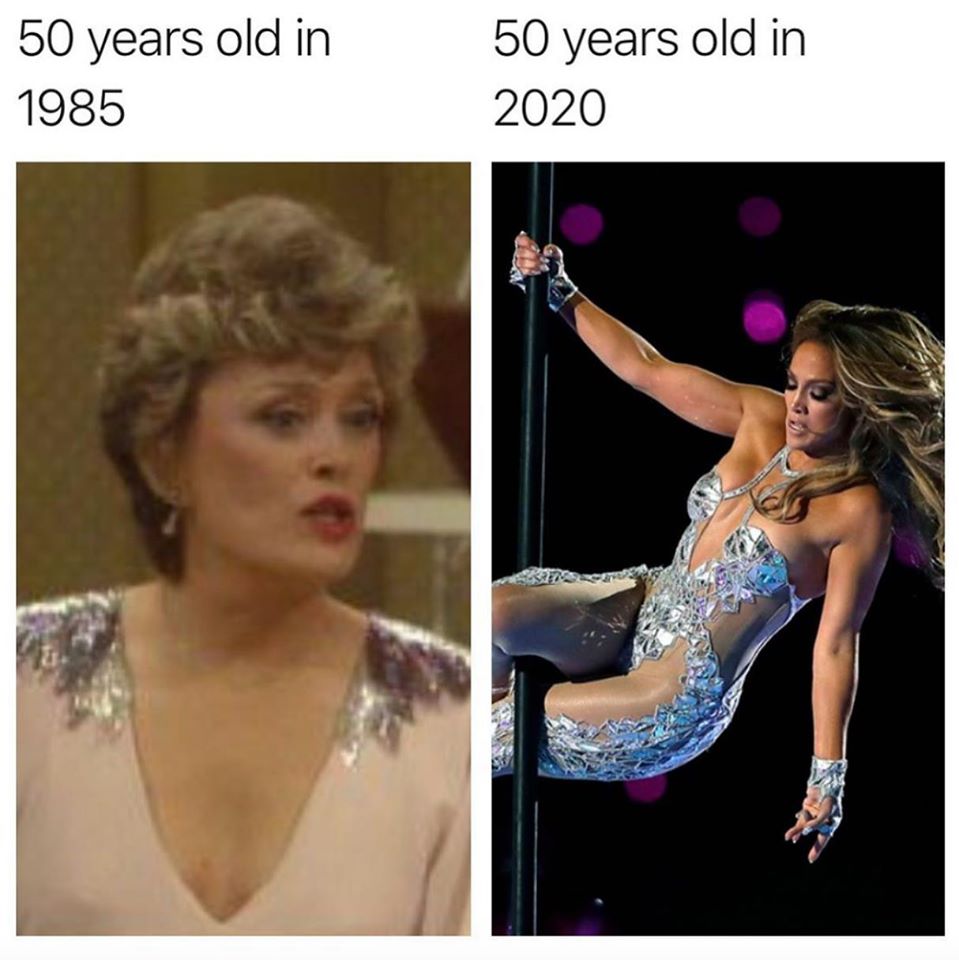 @leavers @Sprite Great points all around!
I didn’t watch yesterday’s game and entertainment. It’s a complex issue to discuss in a snapshot format like this but I am reminded of the saying:” You can never have enough of what you don’t really need and there has been so much over emphasis on anything sexual these last few years, from the sexual freedom of the 60’s to the new ‘sexual fluidity’, with gender changes mixed in with political issues about bathrooms, the ‘me too ‘ agenda and everything in between, it’s a LOT.
And because we are in an immediacy world where everything is on a screen for everyone to see, judge and wish for or condemn instantly, it greatly distorts our human need for deep connection which is not getting met through these superficial means. It’s as if the patriarchal society model has just changed from overt power over woman to the more sophisticated one that women begin to act out the male fantasies by taking their own power to initiate those fantasies for all to see. But it’s the same dance and nothing is really learned and no progress is made on a deep level of true social progress.
There is more confusion, isolation, suicide, depression and identity crisis than ever before. Maybe we are not looking-in enough and cultivating the inner qualities as the focus in the material and superficial aspect of life is taking over.
Everything seems to be rewarding the fake, transient, shallow, throw away, surface over substance. Maybe it’s partly cultural here as we are in an environment that is bursting at the seams with extreme dualities and complexities that can provide the illusion of happiness through all forms of access to technologies and media.
Wow, I got carried away here. Just trying to stay real in an unreal environment I guess.
JMOAA

SM didn't have problem 2019 when Adam Levine was shirtless for the whole performance. Some people are just nuts IMHO.

I'm not bothered by their costumes or dancing. For one thing, pole dancing has come a long way from being just for strippers. It's now an official sport and they're hoping that it makes the Olympics at some point. I'm just impressed that JLo can do it at 50. I couldn't have done it at 20.

I feel like they were emphasizing their Latino roots and the music and dancing reflected that. I watched it and just enjoyed it for what it was and didn't read any criticisms until later. If we're going to complain about their costumes, we should also complain about the cheerleaders. I'm all for girl power and not sexualizing women however sometimes I think we should just be entertained. I'm just glad that the show highlighted not only 2 women but Latino women.  JMO of course.