Chicagoan Ed Swiderski of "Bachelor Pad" on Finding the One

Are you a fan of “The Bachelorette” or “Bachelor Pad"?

Anyone who caught Chicagoan Ed Swiderski on this season’s “Bachelor Pad 3" might have gotten the impression that the bachelor who won Jillian Harris’ heart, back in season 5 of “The Bachlorette," doesn’t take things very seriously. But the co-founder of Chicago-based technical consulting firm Kambrio Group, and recent author of “Pinterest for Business," may have his priorities in better order than most reality TV stars.

He recently shared some of his thoughts on those priorities, celebrity life, and of course, love.

A lot of people plan to become superstars or catapult an acting or modeling career through these shows, and then there are guys like me. I was a guy from the Midwest who thought it might be an interesting life experience. I was on a lunch break from my job at Microsoft and was approached by a guy with a clipboard and a camera who was doing casting. Frankly, I didn’t really do anything they asked me to do, but they just kept calling.

I really was in love with Jillian, and even if we’d met in a supermarket, our relationship would have lasted the same amount of time. The celebrity and the microscope of the media didn’t break us up, it’s just as we got to know each other, there were differences that couldn’t be reconciled. But, the scrutiny of being in the public eye made it harder to fix the things that needed to be worked out. We got just a taste of what celebrities experience on a daily basis. Sadly, people want to see scandal and divorce and break-ups, that’s what they want to talk about, and it does make it hard to work on a relationship.

How do you know when you’ve found “the one” and or when it’s time to be done?

The truth is, four years ago on “The Bachelorette” it was probably a little premature for me to consider settling down, but at this point in my life, if after the first couple of months I can’t picture being married and having a family with someone, I usually part ways. Really, if I can’t picture being in another country with someone and going through situations that are more difficult than normal, it tells me something.

Do you think it’s possible that there is more than just one person out there who could be “the one"?

I do. I think there is not one perfect person, but it’s a matter of having a reciprocal relationship where you are going to be fair with each other. Relationships are super hard. Once someone accepts you for all of your imperfections and you accept theirs, that is a perfect relationship.

Would you consider further TV opportunities? Like, what if you got a call from “Dancing With The Stars"?

(Laughs) At this point, I think I’m retiring from reality TV. My career is the most important thing in my life, and I had to put it on hold twice already.

This is the girl I believe Ed was kinda seeing before he went on BP3. And I've been seeing pictures of them together since he returned from the show in various places. I wish there was a better picture minus the crazy red-eye.

And a better picture

I'm glad that she's probably the special girl that Ed has seen for some time now. :Smiley:
I'm glad that they are still together!
Maybe Ed is inching ever closer to that stage in his life when he will commit and settle down with his soulmate. 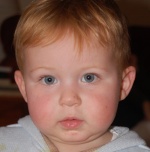 Love that they can still kid with each other and seem friendly and supportive.

Jillian Harris‏@jillianharris
@eswiderski thank u!!!!!!! But I do recal u being the one sleeping in the dog house? #ikid

Such an adorable dog.

That's the sweetest face. Congrats Ed. Did Jillian ever get a dog? 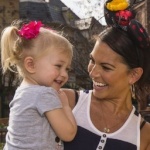 I bet Jillian would have loved to have had that dog!

Published on Oct 25, 2012. Jacqui takes over 'Wilder Asks' this week and gets to the bottom of your relationship questions with Ed Swiderski & Michael Stagliano from Bachelor Pad! 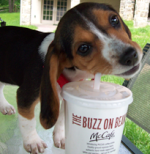 Some random stuff from his website that hasn't been posted.

the 10 things I rely on to get me through my days
You may know EDWARD SWIDERSKI as the winner of season five of ABC's The Bachelorette—or perhaps, more recently, as a contestant on season three of The Bachelor Pad. Reality television aside, he's actually a tech-y and a down-to-earth Midwesterner, or more precisely, a Chicagoan. His chops are real: After all, he's the co-founder of digital marketing company, Kambio Group and author of Pinterest for Business, a guide on efficiently using the social-networking platform to maximize a small business. The items that he loves might steal your heart too. Here,
the 10 Things Ed Swiderski relies on to get him through his days.


1. Animal Planet
Why am I obsessed with polar bears and penguins? Believe it or not, I can't stand reality TV—so why not educate my brain while watching the boob tube?
2. Jeep Grand Cherokee
My 2012 model is super tech-ster—it connects my phone, hard drives, etc. in a fairly painless way. Now, I can upload all of my favorite N'Sync songs directly from my USB drive!
3. P90X
The fact that I can get a workout in my hotel room is pretty fantastic. The fact that I actually use it is mind-boggling.
4. Samsung Galaxy S III
Who needs an iPhone when you can have a 4.5-inch screen with android? Well actually a lot of people would probably still pick an iPhone, but not me.
5. Sprout Social
This lets me schedule tweets/posts and find out who my most influential social community members are. It's a one-stop shop and they are a local Chicago startup. Amaze.
6. Apple MacBook Pro
Even as a former Microsoft employee, I decided to switch to Mac a couple years ago. Please put it in my casket. Please? Best. Thing. Ever.
7. The Intellectual Devotional
This pocket/toilet guide has enlightened me with more facts than all of high school and college combined—get it to complete your education.
8. Hudson Jeans
Not only are these comfy, they actually look good on my chubby ass.
9. Murray's Pomade
I believe I've repaired a flat tire with this stuff... who knew it doubled as hair wax? (Caution: Extreme Hold)
10. Etiquette by Emily Post
"Keep your hands to yourself!," might almost be put at the head of the first chapter of every book on etiquette. Definitely words to live by, Emily.

My Latest Trip to PAWS Chicago
I was honored to be a part of the PAWS "12 Strays of Christmas" this year. PAWS is really like no other animal organization I've ever experienced. While the hotel-style facility is truly world-class and comforting for pets, it's the volunteers that make this organization one of a kind. These people genuinely love animals in every humanly possible way. I almost took one of these little buggers home. :)

And because his new dog is so cute, here's a picture of her. She's a golden doodle named Charlie

I'm really only posting this because his dog is so cute. I want one.

Is that a golden doodle? I know many here don't like Ed, but any guy who is kind to animals gets points in my book.