If we're adding to the list of Firth movies we enjoy...  Even though the the movie is a typical, silly, teenage (with a little adult romance thrown in) romantic comedy, I liked his part in, What a Girl Wants.  He was one reason I liked the movie!

Stuck, were you wanting Bomer or Charlie for Grey?  I'm actually glad Charlie didn't stick with the Grey role... He's gotten more opportunities tossed his way, that he'd have been too busy for had he kept the role.  We get a variety of roles, instead of one... And if your in need of a good naked, backside shot of him, there some scattered throught out all 7 seasons of SOA.

^^You are welcome LB!  I agree, so glad Charlie did not do 50Shades as he has so many diverse films lined up and I think he is perfect for a young King Arthur.  I am sure we will get to hear his British accent.   Charlie's butt is all over the internet/twitter, can't miss it.

I haven't seen 50Shades, but have seen the trailers.  Jamie Dorman is perfect for the part, IMO after seeing him in "The Fall"

I love to see Colin in comedies as well as the serious films.  Love all my British hunks.  :Nod:

I am glad that Charlie didn't do 50 Shades. I think Matt would have been perfect. I am not a Dakota Johnson fan, she irritates me just like her mother did. I think Charlie should be glad he got away.

I love What a Girl Wants. Amanda Bynes before all the problems.

Honestly, there hasn't been a Colin Firth movie I didn't like in one way or another.

I am considering giving Charlie up for a little while. Art Green, the new bachelor New Zealand is just ridiculously hot. Everyone needs to check him out on the you tube links Reason found. Serious drool factor. Plus, we need more people to chat about it.

I love hearing his natural British accent.  I really didn't even mind when he'd slip out of his American accent on SOA (more the last few seasons than early on) and we'd hear it.

Stuck, I don't mind sharing him with y'all, but if you drop him and hurt his feelings, I can't promise either one off us (Charlie or me) will be happy about it!

Will try to watch the videos sometime soon...sounds interesting.

Charlie would understand I am sure. I promise to return to him. But Art seems to be a pretty good guy, I am sure Charlie would like him.

Now if Charlie gives me another sexy pic, then of course in Charlie I trust is coming back.

I'm popping out of the woodwork to ask one question; Who in the heck is Charlie?

I'm popping out of the woodwork to ask one question; Who in the heck is Charlie?

Charlie is the guy in both mine and Stucki's avi's.  He just finished up 7 seasons of a show called Sons of Anarchy.  Now I will freely admit that SOA is not my normal type show, it's full of violence, offensive language, etc., and I didn't watch it when it first started (for those very reasons).  I think I picked up end of season 2 or beginning of season 3 because of catching a few episodes with friends that watched.  One of the main reasons I agreed to watch with them in beginning was for some hot blonde dude, Charlie, and because I have always enjoyed anything Ryan Hurst was in (Oh how I missed Opie the last few seasons!

).  But I ended up becoming interested seeing how the story of their motorcycle club life and lifestyle developed and how even though most of the clubs actions were far from legal, there was some good in each guy and good intent behind some of their actions.

He was cast for 50 Shades, but backed out due to conflicting filming schedules with the last season of SOA..but the good thing is, because he did, he has had many more movie opportunities thrown his way.  You'll have to watch him in something soon!

Because it's Monday and we can always use a pick me up on Mondays (around here, they're always crazy busy this time of year), here's Charlie to the rescue 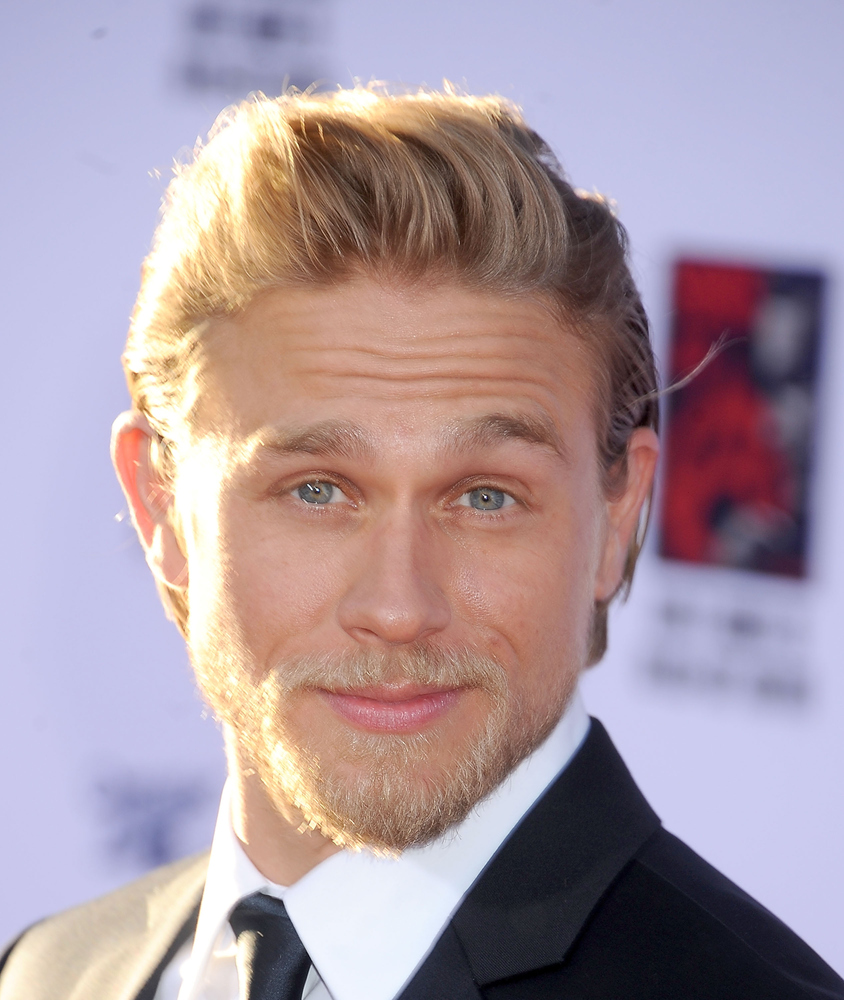 No worries, LB, I am sticking with Charlie, though Art is really, really hot. I need to catch up on Bach NZ. He is such a breath of fresh air after Corn Pablo.

It's not Charlie related, but it involves the SOA family, for my fellow SOA fans.  Jax, Opie and Juice were my favs on the show...so I was excited to see this news about Theo!

Theo Rossie (Juice) and his wife are having a baby and the baby's due on Theo's birthday (in June)!  He looks so happy!

Very nice news. Now back to finding me hot pics of Charlie. STAT!

Have I mentioned some shirtless would be lovely?

I really should make you look them up on your own, but... I'll take one for the team, this time, and search threw pics of Charlie shirtless to find just the right ones to post!

How are these?  There's a variety short hair, long hair, SOA, Pacific Rim, younger, older, etc.  Will they do or do I need to look for some more? 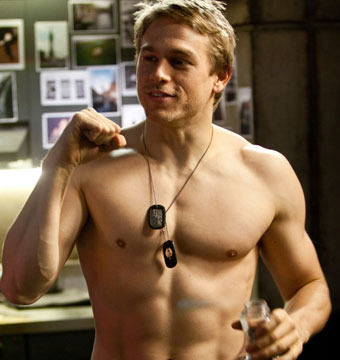 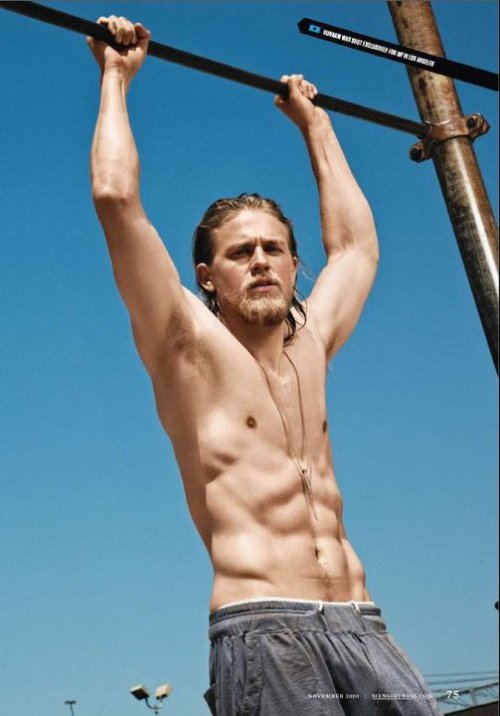 And because this made me smile, laugh and brought back memories of smells of my teenage years.  Just another reason to like him!

Nope, I am happy. Thank you so much for taking one for the team and allowing me to be lazy.

I may have to redo my avi soon. That man is too gorgeous!

And what happened to your avi? I need double Charlie here!