It looks like it was a fun wedding! Both Astrid and Kevin look so elegant. Astrid looks like a fairy-tale princess in her dress -- absolutely gorgeous. I wish them both a long and happy marriage.

Good luck to them. Hopefully they will have a successful pregnancy.

According to Astrid IG stories, her bloodwork for the IVF implantation was positive and she is pregnant. 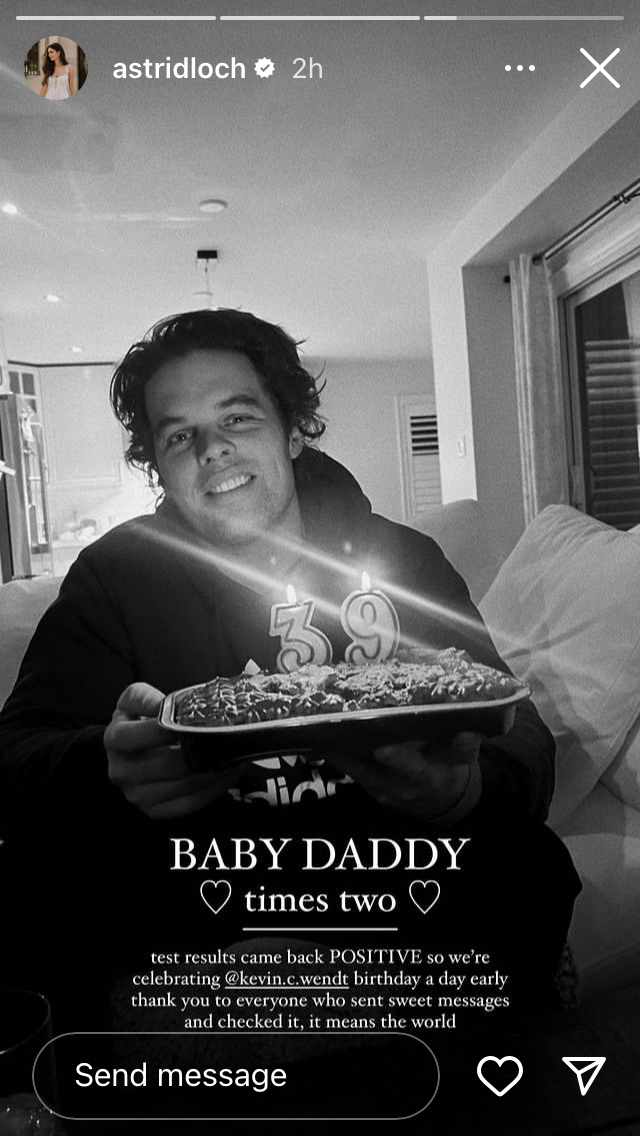 great news! I hope everything goes well for them!

by gurlbrit Yesterday at 9:33 am

by Sprite Yesterday at 1:43 pm

Yes, happened to a good friend of mine. Seven years of trying to conceive before it finally happened. She had a very difficult time throughout the pregnancy...in and out of the hospital, bed rest, thought they would lose the baby on multiple occasions...just incredibly stressful. Fast forward a few months after baby was born, shortly after stopping using condoms...bang...pregnant without any forms of intervention and a totally easy pregnancy without issues.

To say they were shocked is an understatement. They didn't think they would ever get pregnant again as they were told that last try was their last hope.

Even the babies were totally different. First born was a very difficult bavy while the second was as easy as you could get. She thinks it was easier the 2nd time because she finally relaxed and wasn't stressed any more.