@Bobette yep fan threads positive comments only. Yeah it's been no problem with his thread at alll (was fanning before he even was on the show

Thank you for linking the Bach AU thread

Fan thread is now in the correct spot. Sorry about that folks! Thanks @AllAboutLove!

Todd's IG stories he was donating blood for Red Cross

What a wonderful thing to do and just another example of Todd's caring and giving heart!


ETA: Todd's IG stories giving blood. He got his bestie Matt to donate blood too which was awesome. Matt seems like a great guy too! 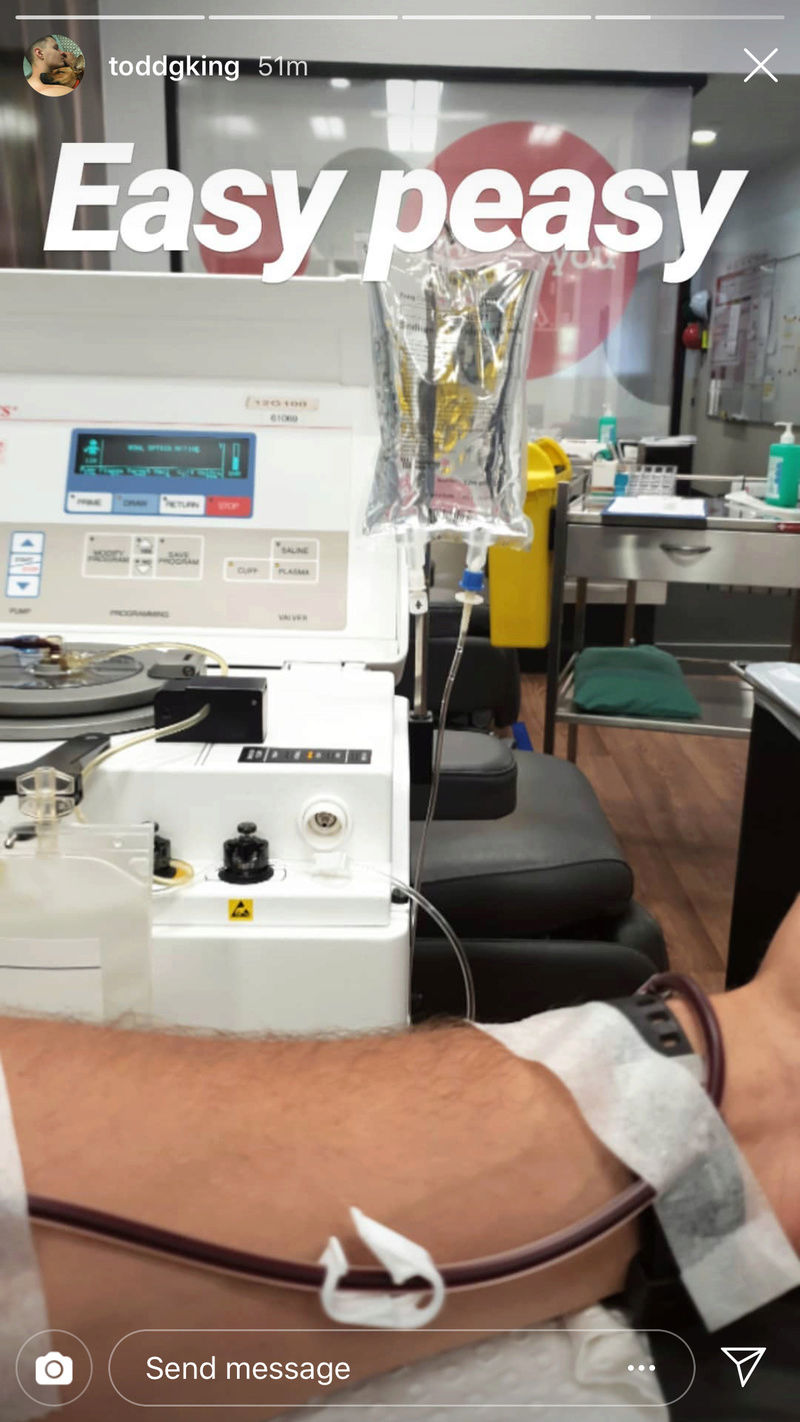 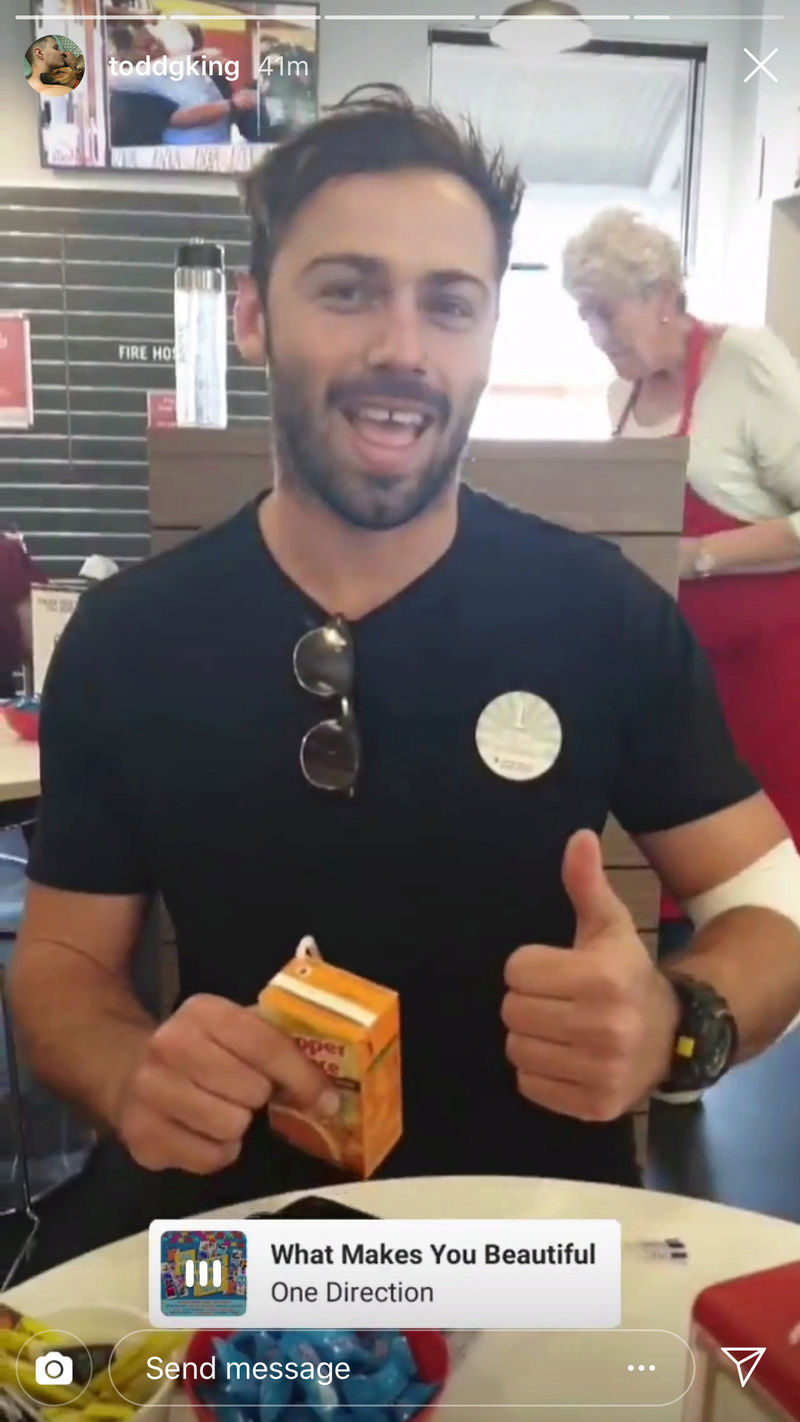 Todd blessing us with his profile

I can't blame her. I wouldn't want to go on for anyone but Todd 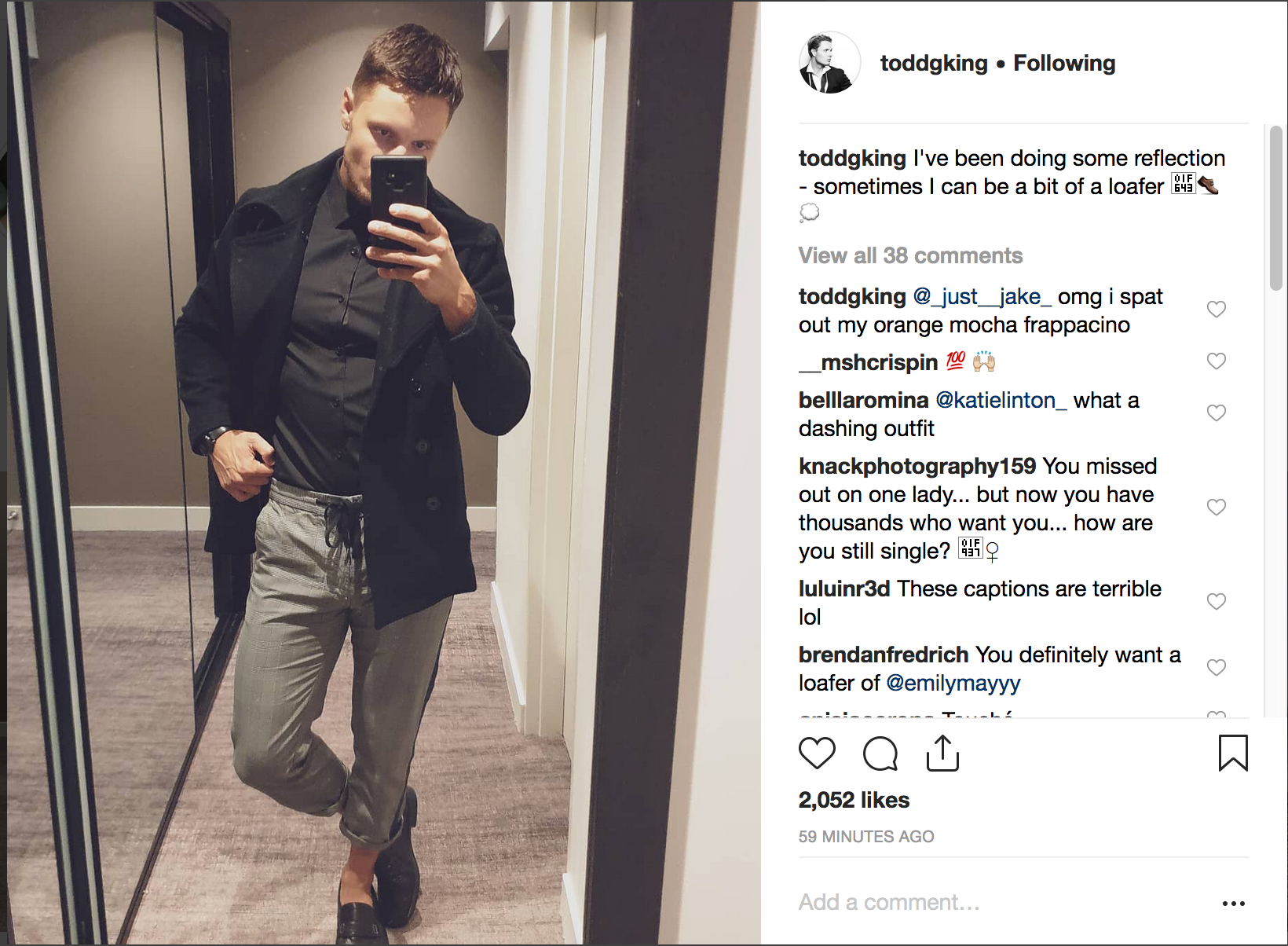 Can't help but notice no ladies have featured in Todd's SM since the finale, just a lot of friends, hiking and dogs (dogs seem to be his equivalent of Matty's babies

).  Call me optimistic but he is certainly talking/behaving like a Lead In Waiting, IMO.

Todd just did a massive Q & A on Instagram (didn't screenshot them all so follow the source link if interested).  I'd be shocked if he's not next Lead after his answers to these questions. 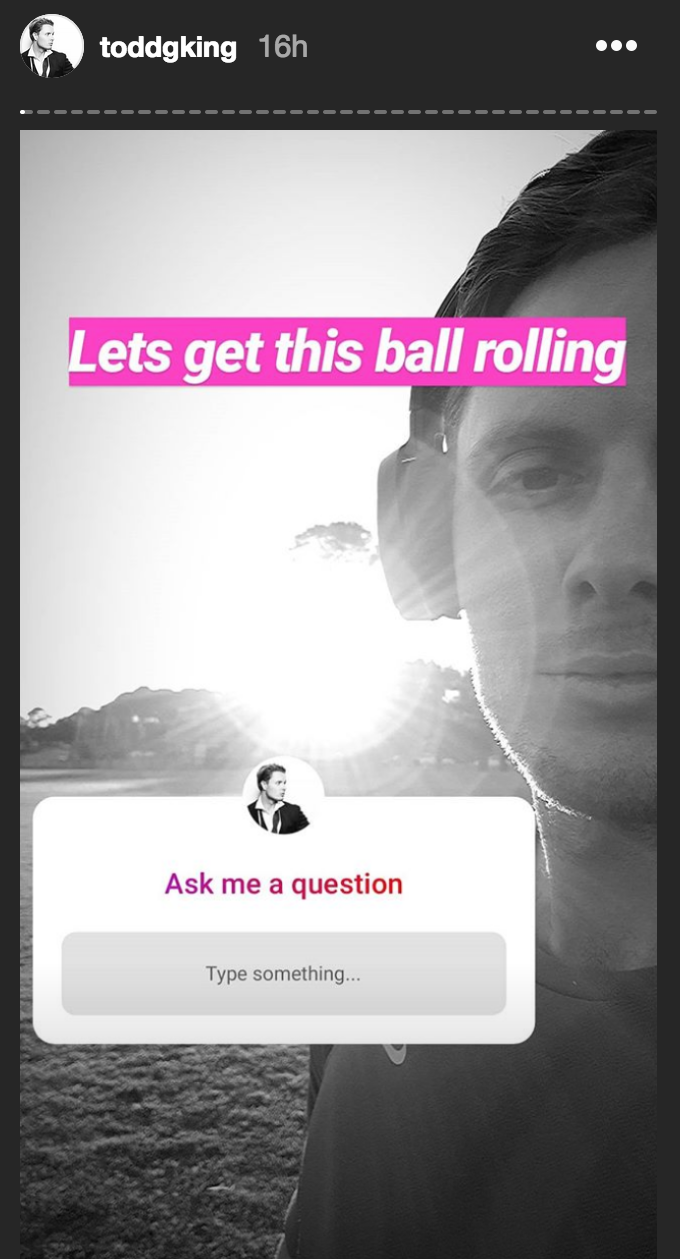 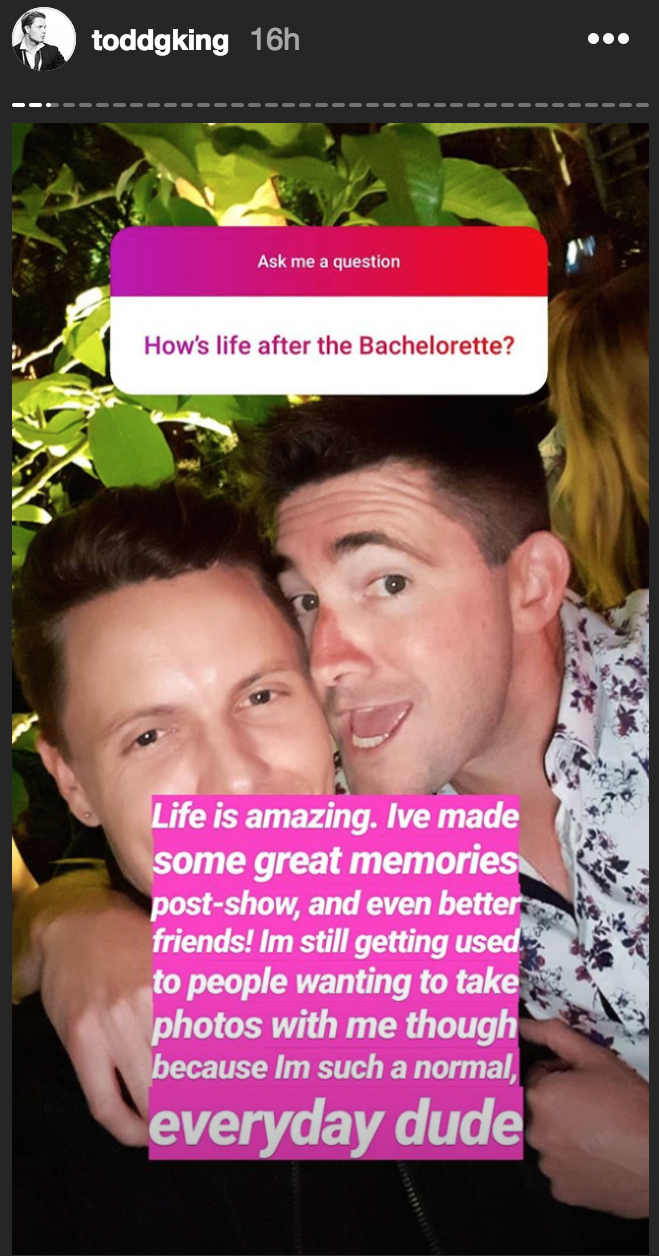 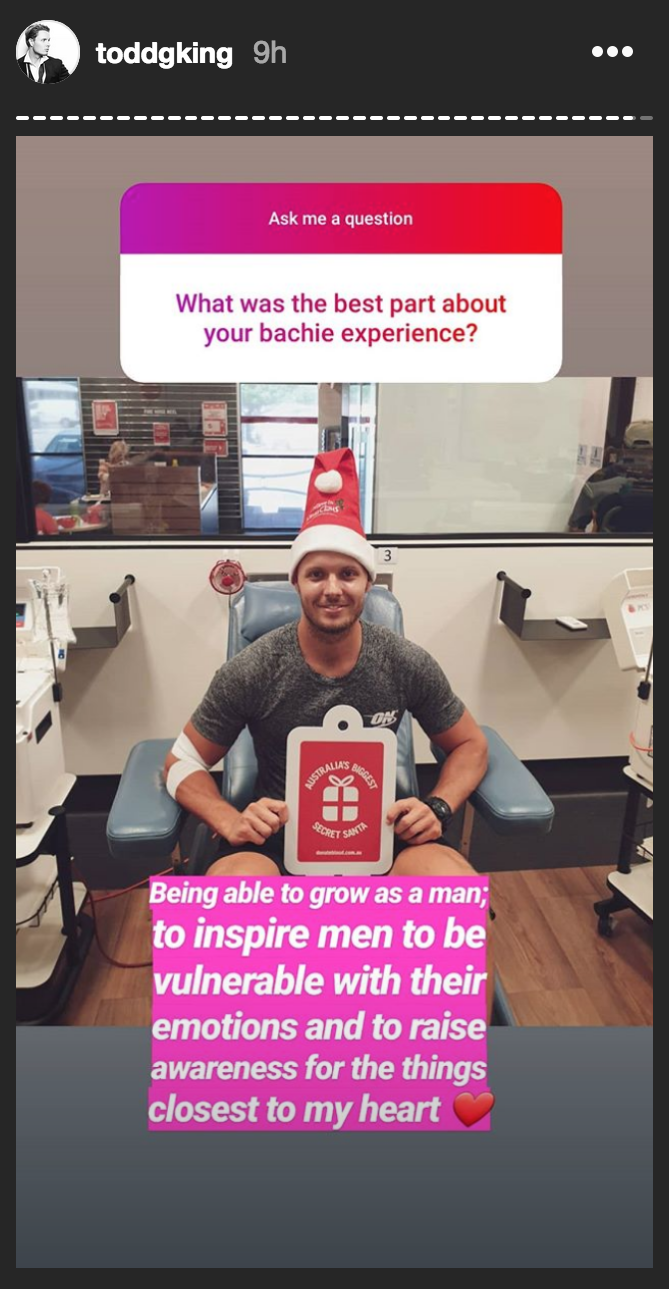 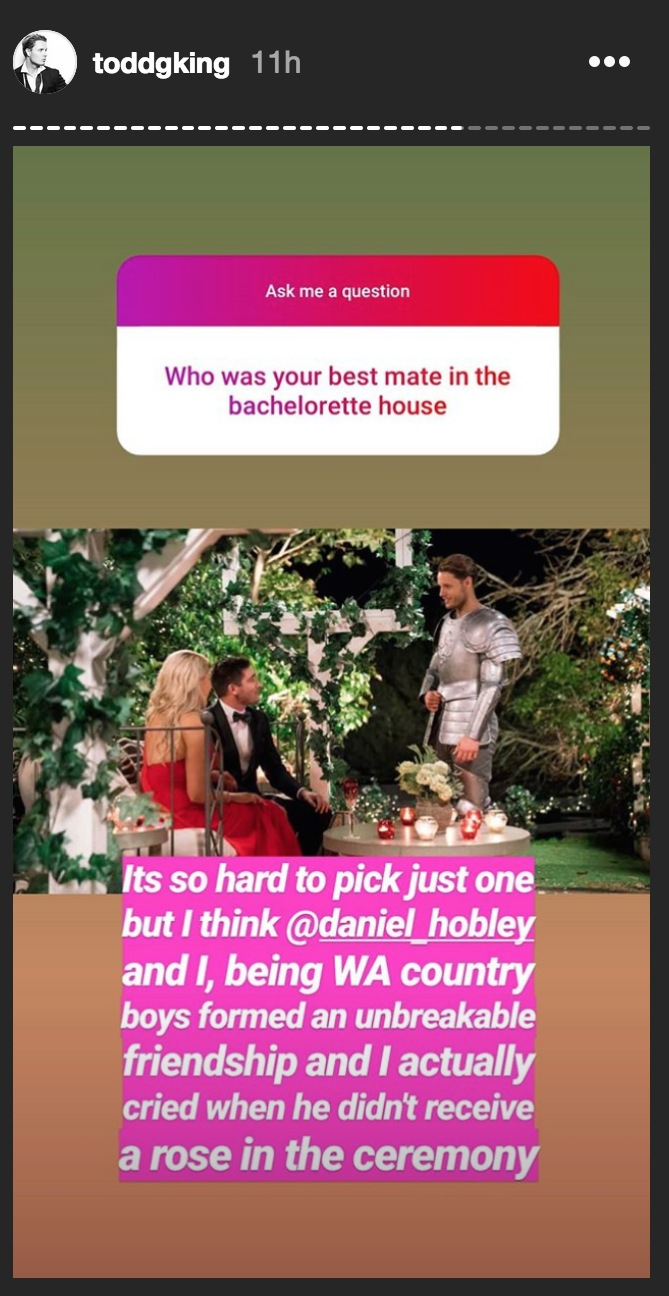 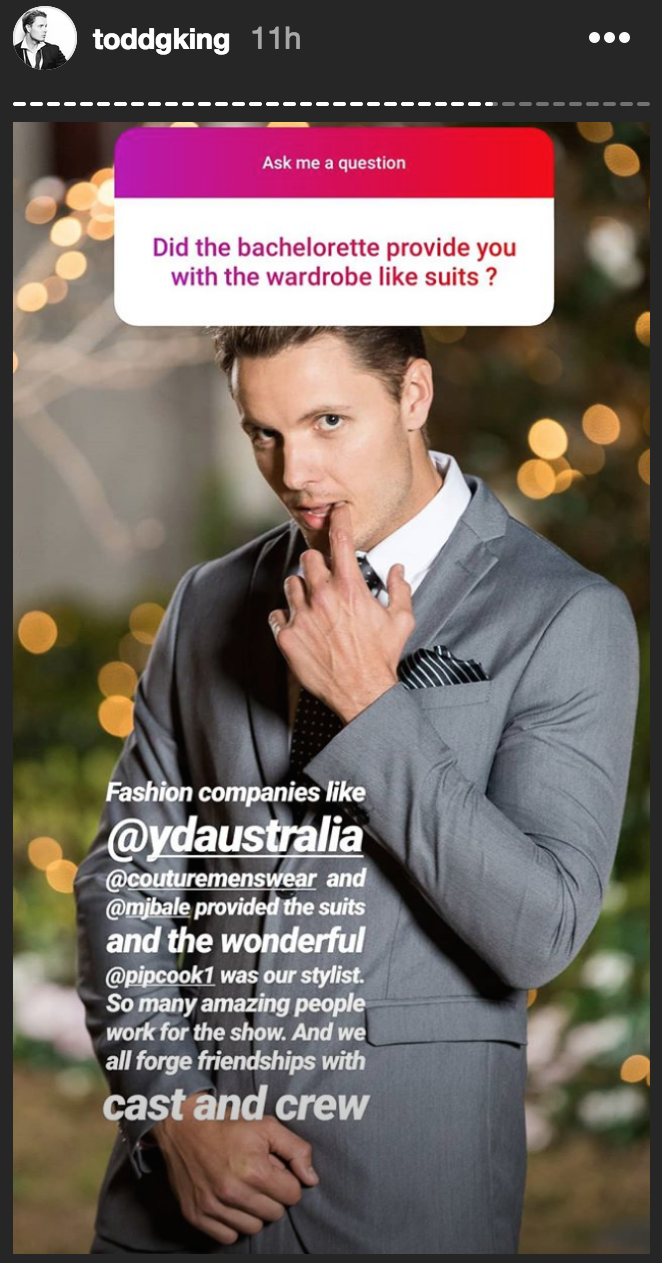 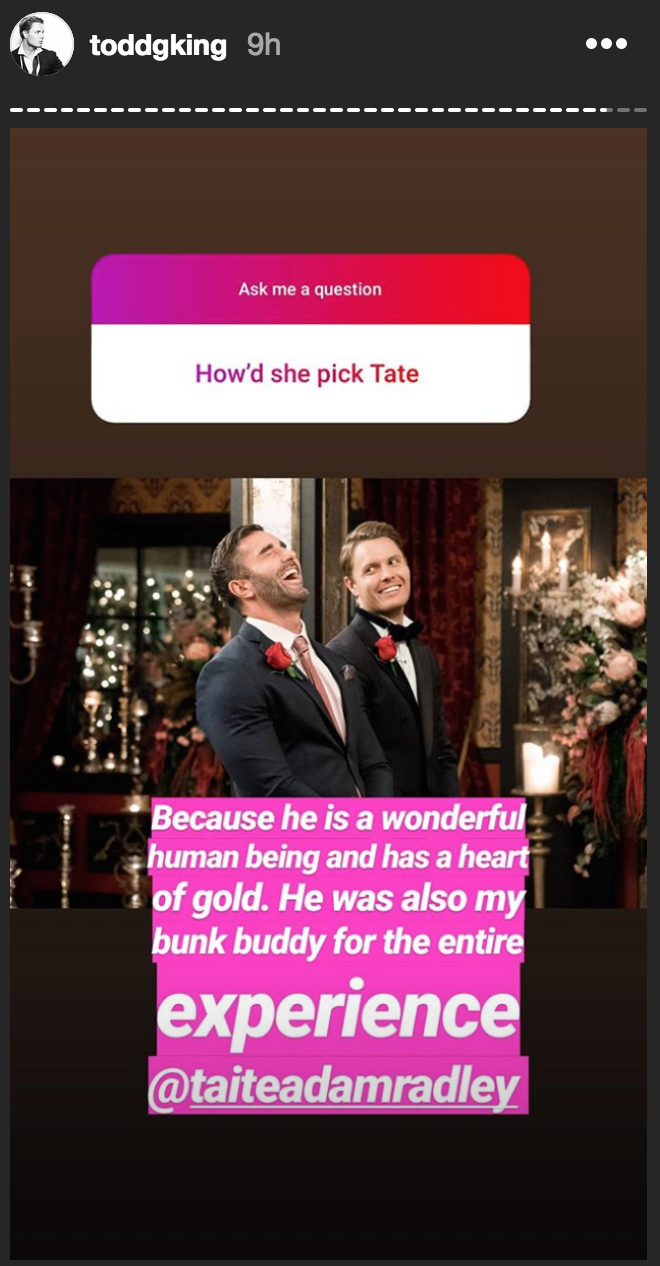 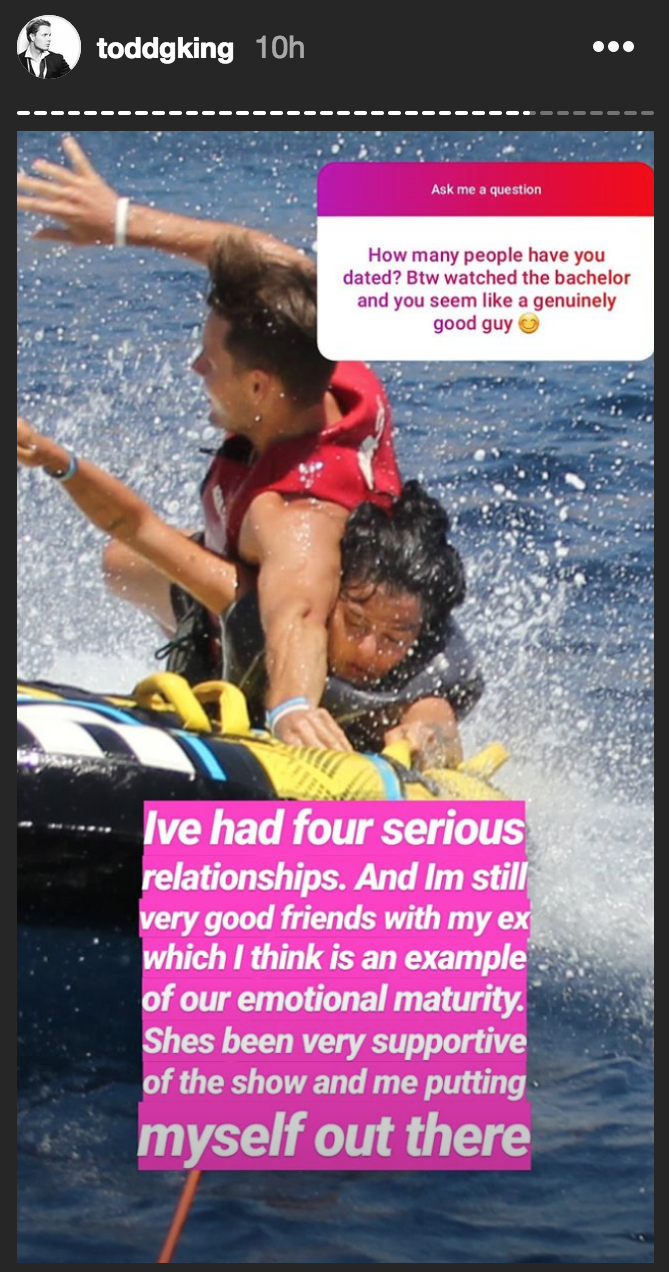 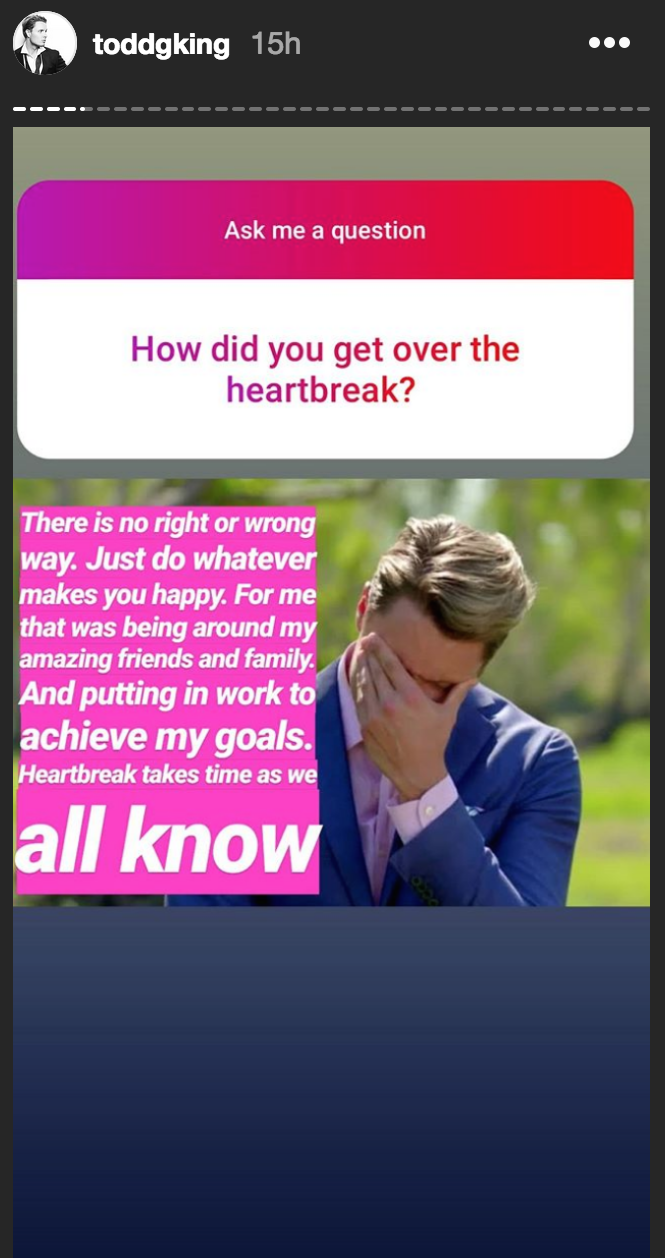 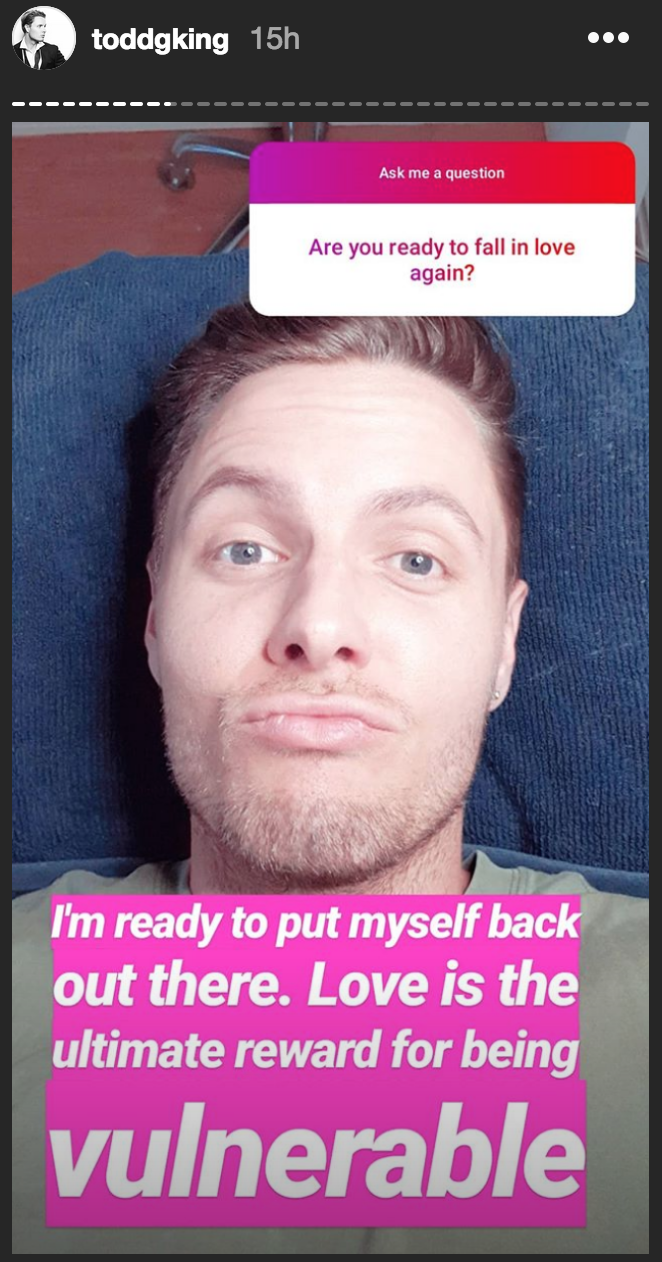 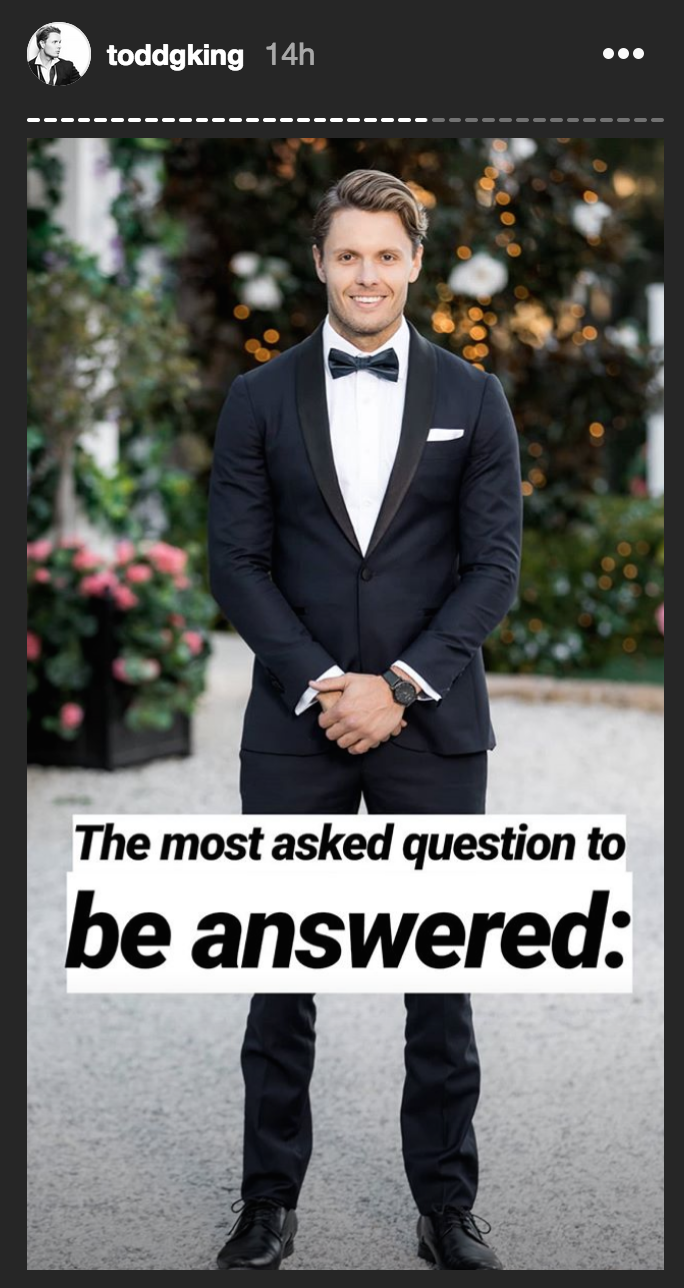 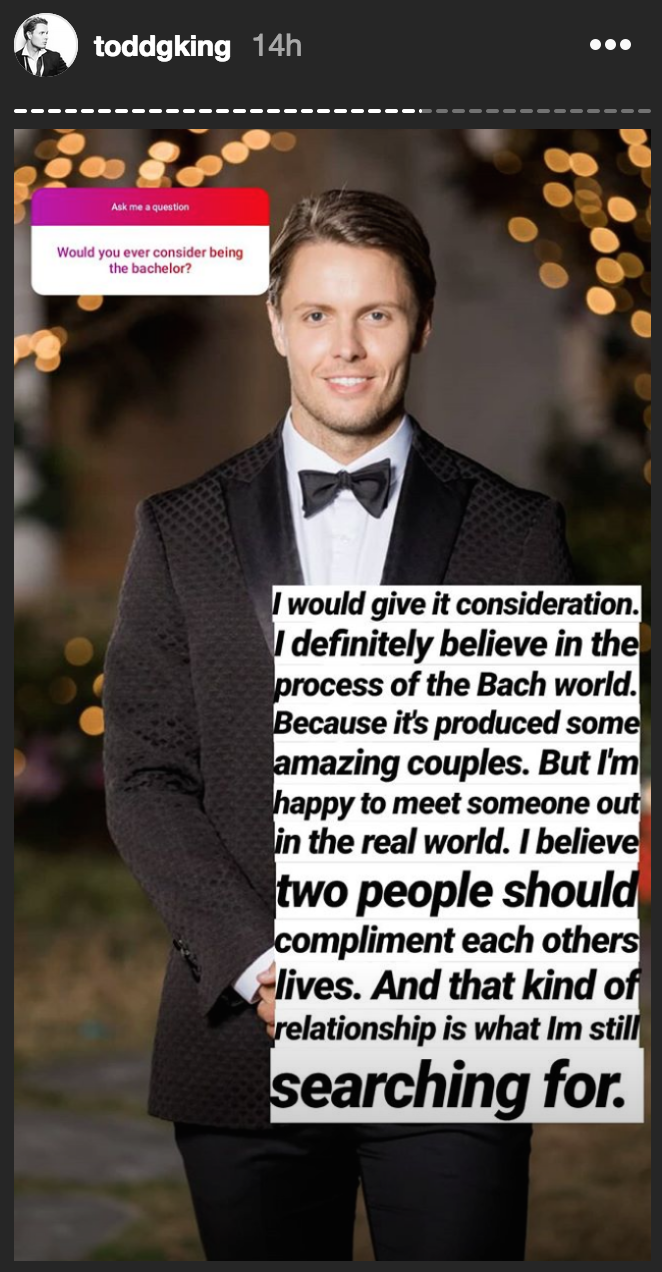 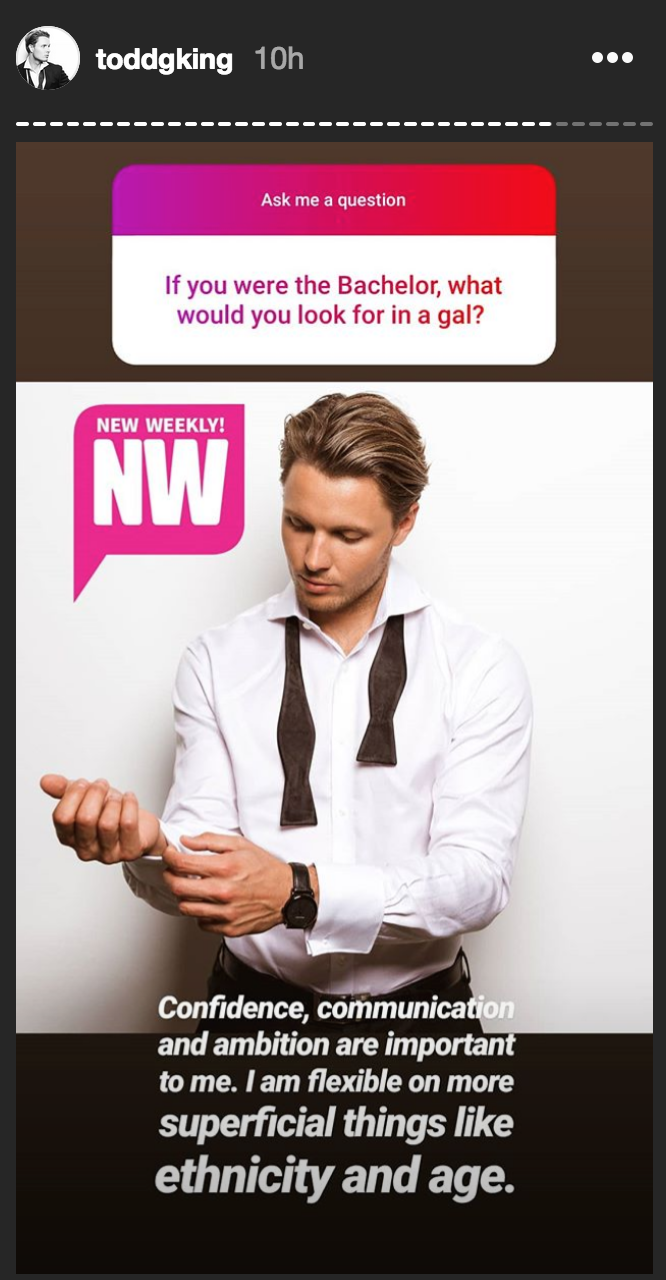 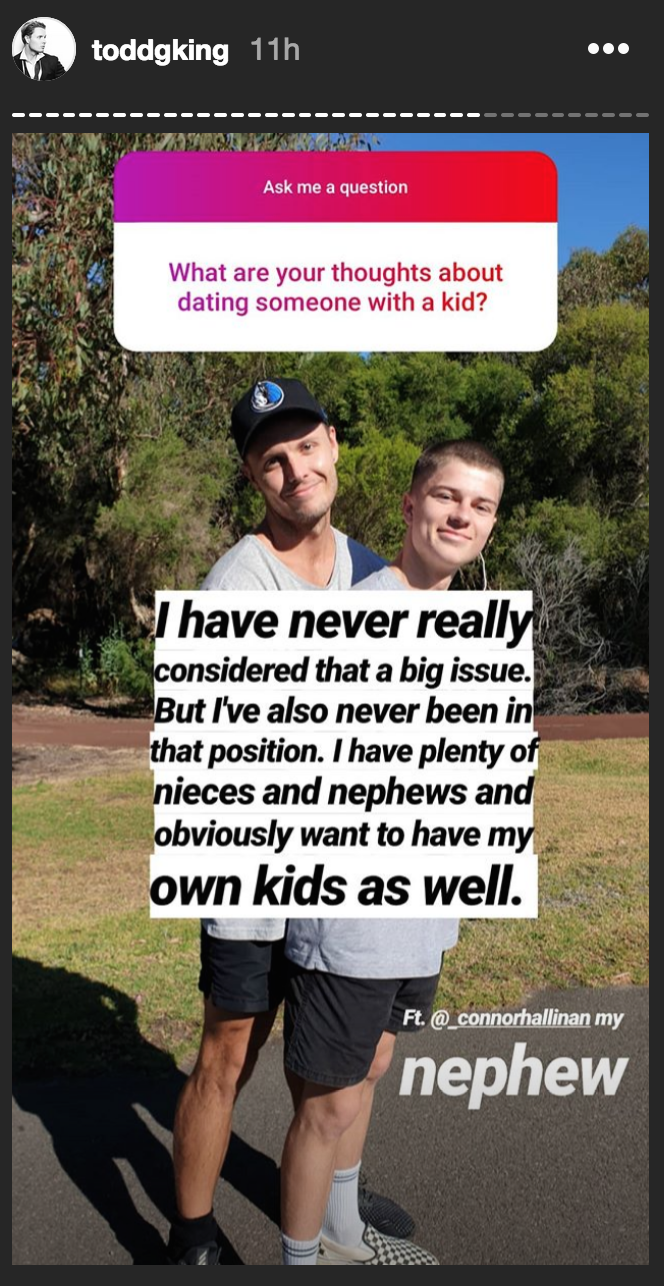 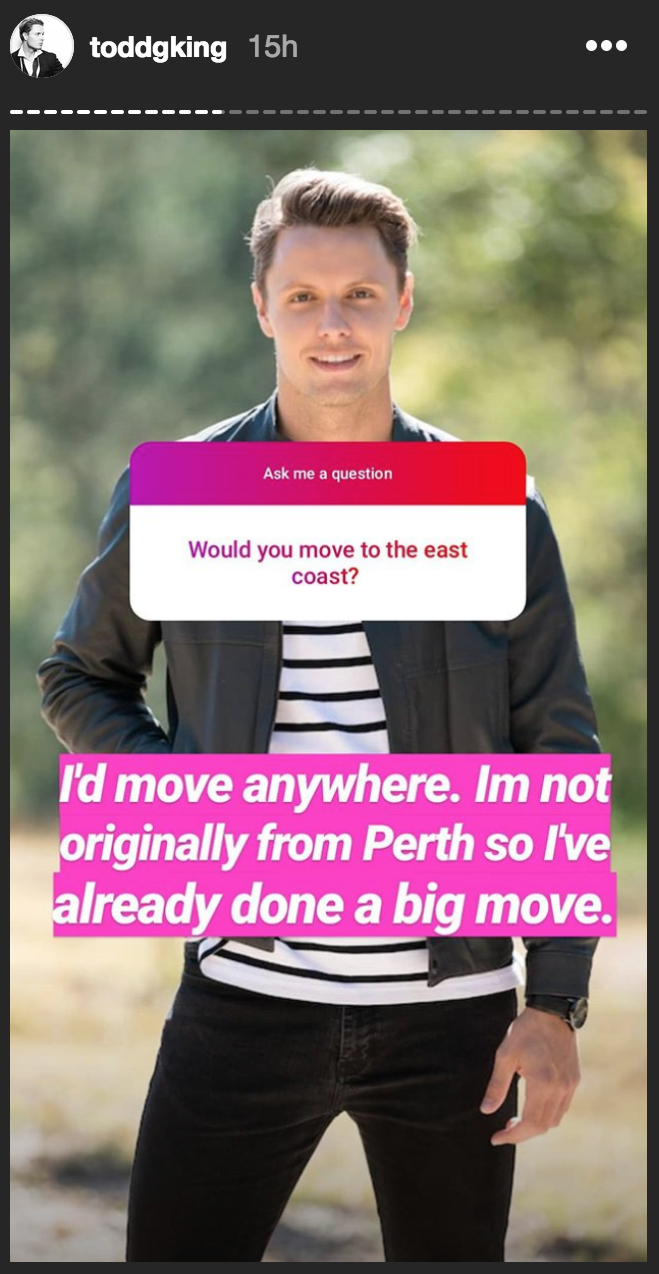 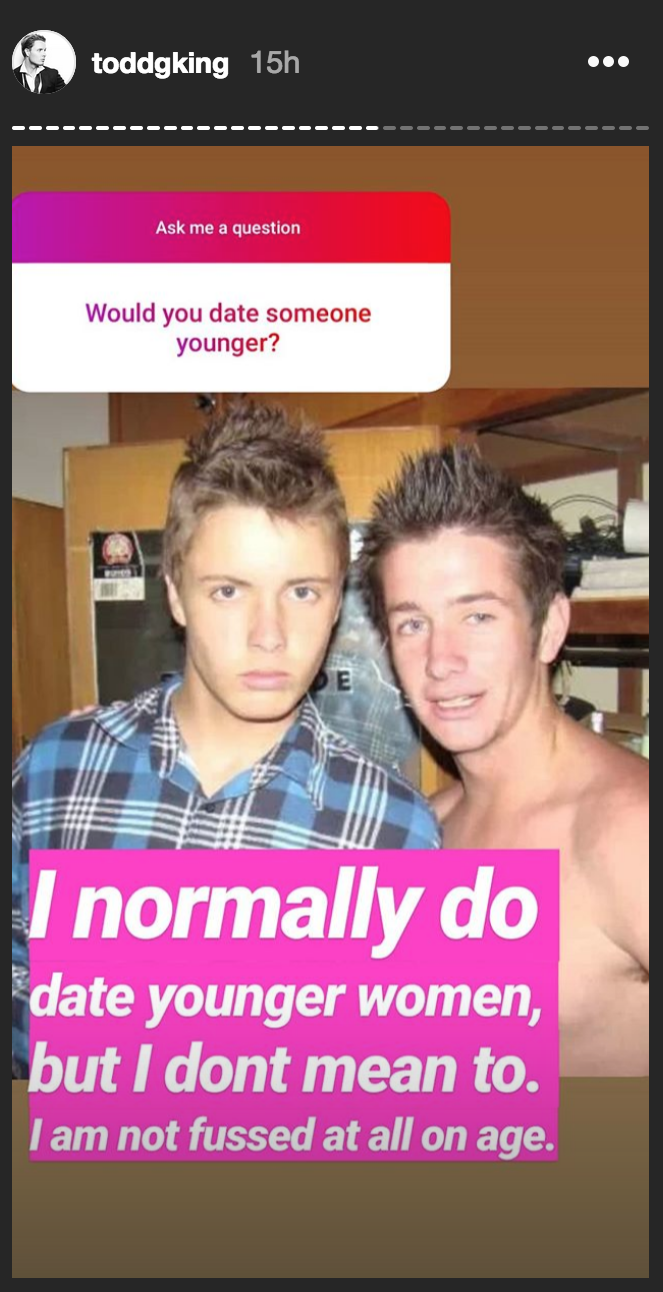 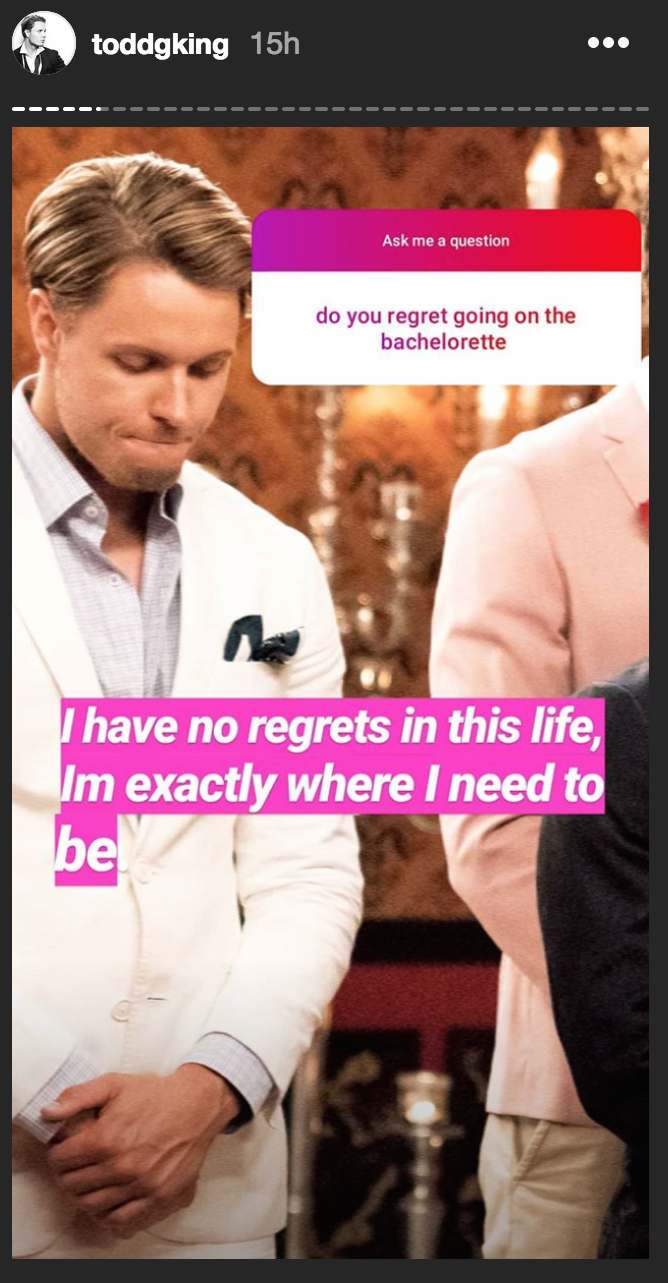 Good answers on all the questions!

"...stop to smell the roses".  Geez could it be any more obvious?  Just announce him now and watch the applications roll in! 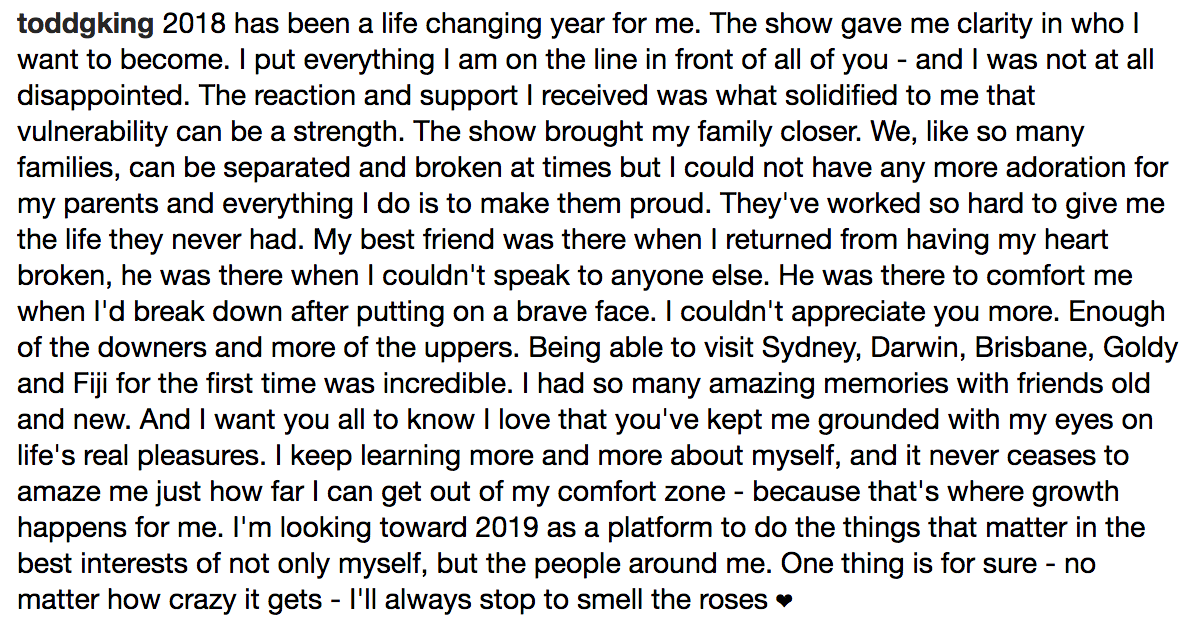 Not sure if these two are actually dating or it's a pisstake but they look cute together so posting anyway. 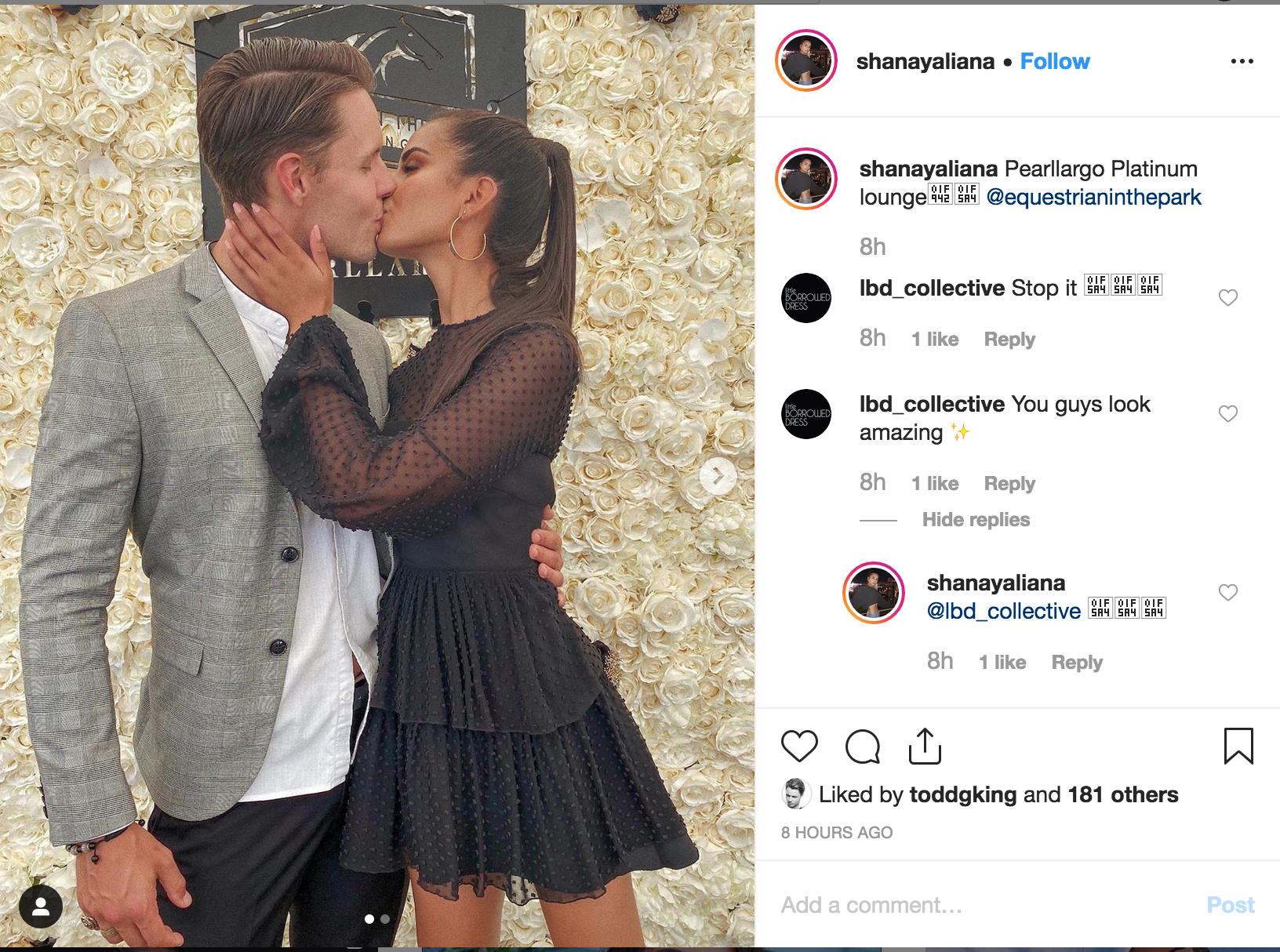 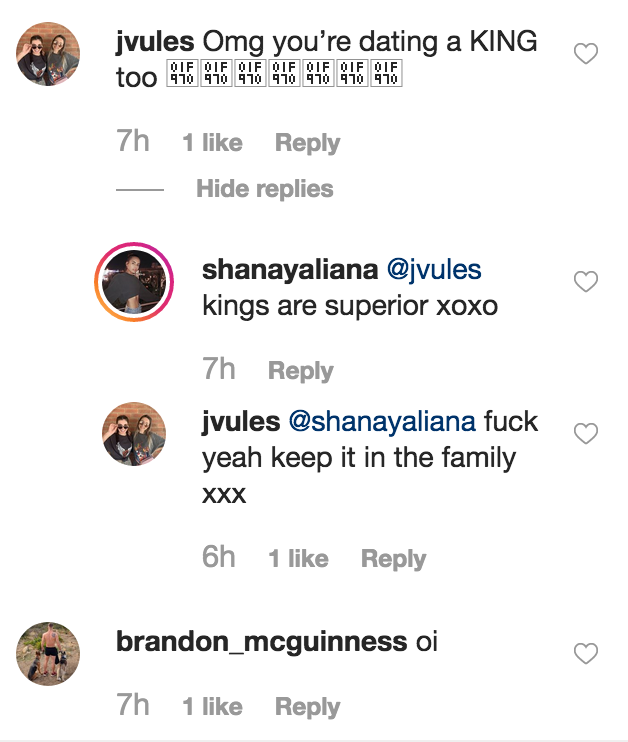 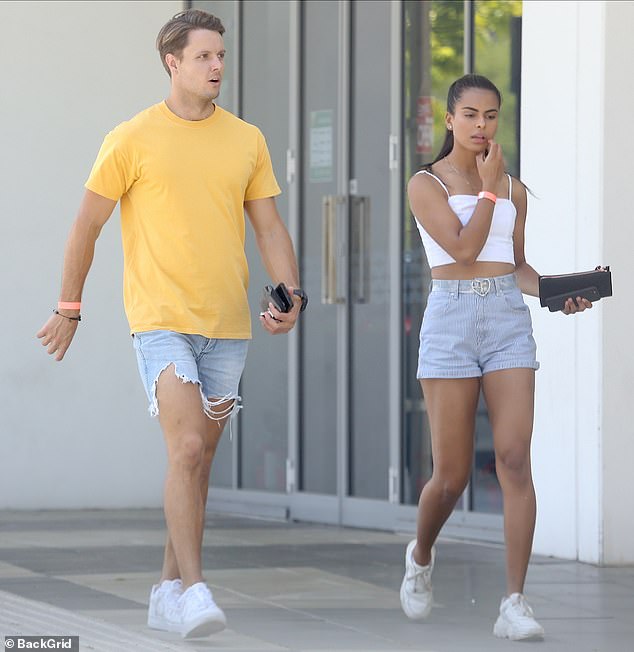 The Bachelorette's Todd King has moved on following his breakup with Bachelor runner up, Abbie Chatfield.

The 24-year-old property analyst is now dating model Shanaya King, and the pair were spotted in Perth over the weekend going to a gallery together.

As well as sharing the same surname, Todd and Abbie also share a flair for fashion.

Shanaya met Todd's close friends when they attended a Christmas lunch later in the day.

The pair's relationship became public when Shanaya posted pictures of the pair kissing on her Instagram page at the start of this month.

Abbie and Todd first sparked romance rumours when they were pictured kissing at the beach in Queensland last month.

They were later spotted kissing at the airport, but Abbie has since clarified the pair are just good friends and not dating exclusively.

Back in November 2018, Todd revealed he had reapplied for the WA Police Force after his previous application had been rejected.

In a post uploaded to Instagram, he shared a glimpse of the application form he was filling out, alongside the caption: 'Here we go again.'

During his appearance on The Bachelorette, Todd made it clear to Ali he wanted to become a police officer.

Speaking to Popsugar after the finale, he explained that he wasn't allowed to reapply for a job at WA Police until after the show had finished airing.

'I haven't been able to put my application in, because obviously that would be a dead giveaway to where I was going to be living,' he said at the time.

'So that's going to be happening in the next few weeks. Looking forward to it!'

Well done Todd - Career dream achieved and now you have the perfect avenue to meet an endless supply of Bad Girls. 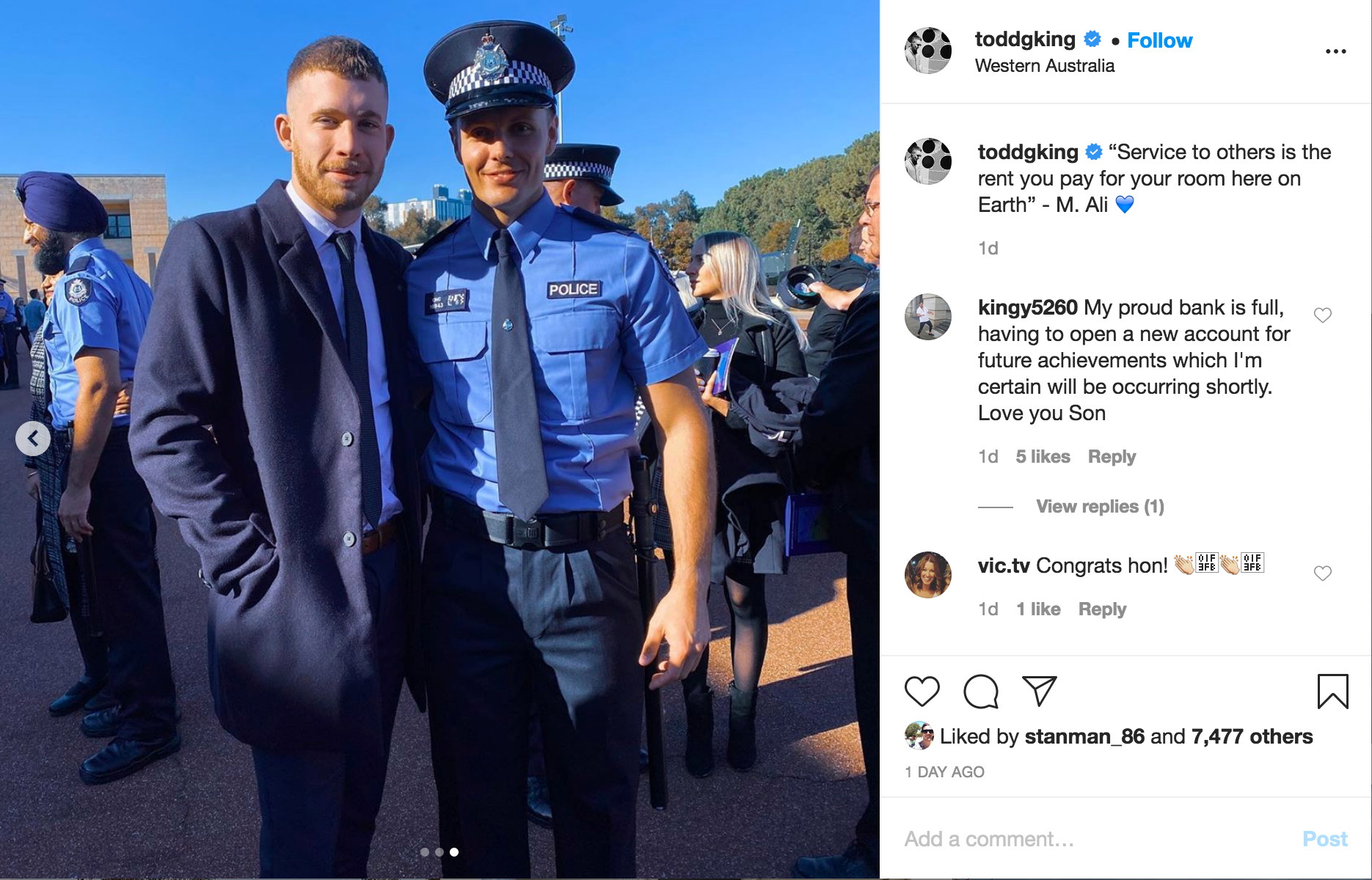