Got one from Winnipeg, oh he is cute I love his smile

I missed this Winnipeger! He followed 2 more he has 300 more followers, but now he's private. 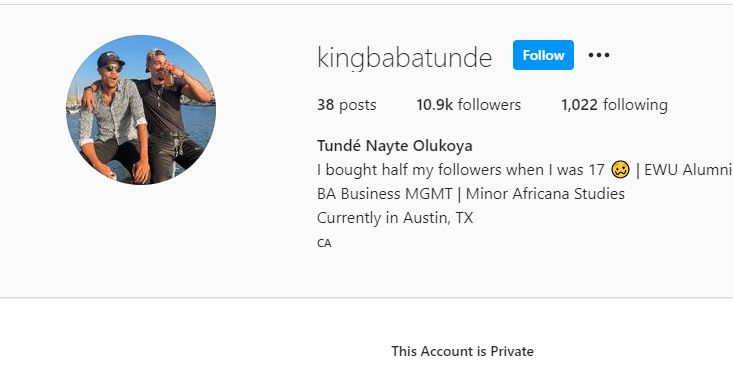 So could he has been eliminated then @GuardianAngel ? I was hoping he would make it past night 1.

@mbl I thought I read somewhere RS said the guys were arriving on Jul 26th and had to quarantine for a few days. The bio's were posted on Monday and most IG's were captured on Monday so I thought they arrived on location and wouldn't have their phones.

You certainly can be correct. I can take him and other's off the list if we should watch more closely.

That's correct. I don't look at the number of new followers if they are public. ( I do look to see who it is) On the 26th when the bio's came out, he was public, last night Friday when I checked he was private. I thought when the bio's were released they were on location, but it's very possible those followers were when he was still public and just before he went private.

I just thought since Kaitlyn was posting Thursday "recharging" in full make up which looked like a hotel room, a redit poster which looked reliable to me, says Brett didn't make it. I didn't think they released bio's, then cut someone? SCMIIW Activity in some SM accounts last night to me couldn't be a RC day. But, I could be totally off and any changes to SM were before they actually had to hand in their phones.

@GuardianAngel I thought that they have recently taken to releasing extra contestant bios and then cut some before the M&G, so I don't think it would be anything new. I think I remember reading someone was supposed to be on the show and was at the M&G but refused to declare his love for the lead in an ITM...who I believe he hadn't even met yet...they cut him and replaced him with someone else. I mean, they have replaced leads at the last minute...even after starting filming their bios...so I don't think it is that far off.